Marie Chevallier, the new fiancée of Grace Kelly’s grandson Louis Ducruet has finally revealed her engagement ring after getting engaged back in February.

The bride-to-be who worked as a supermarket cashier for the French discount store chain Leader Price as a student, has been dating the son of Princess Stephanie, 53, for five years.

Earlier this week, the happy couple appeared on  the red carpet of the Amber Lounge U*NITE 2018 in Monte Carlo, Monaco where she showed off a simple but stunning solitaire. 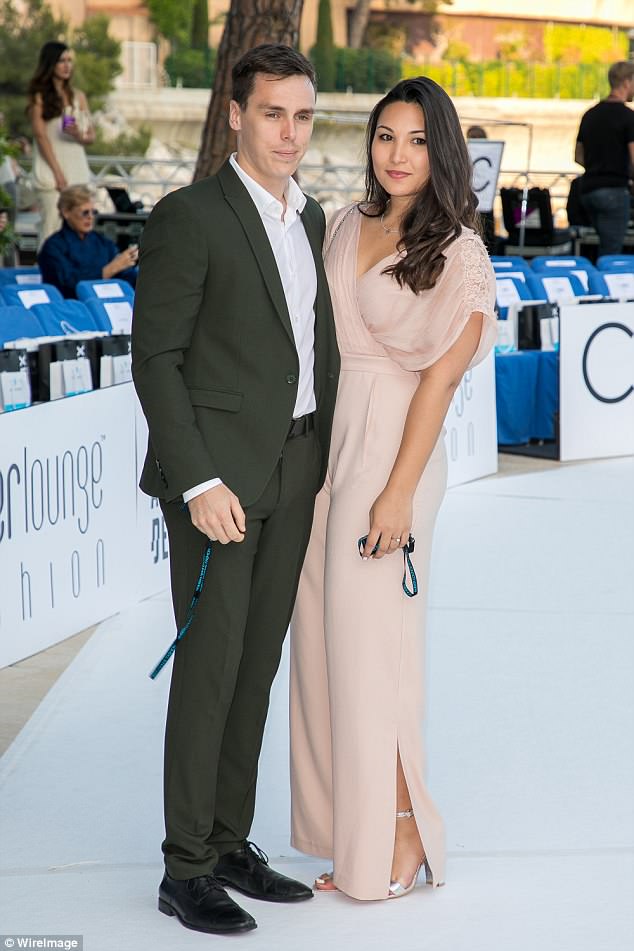 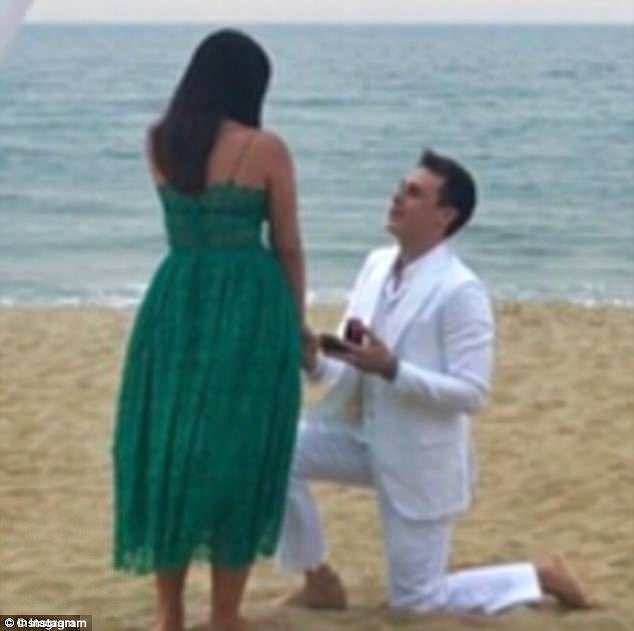 She got engaged to Louis Ducruet, 25, the grandson of Grace Kelly and son of Princess Stephanie, 53, in February

At the event Marie drapped one arm around her fiance’s waist and one hand in front of her, showcasing the ring.

Ms Rosca said: ‘It is definitely a classic choice, as it appears to a diamond solitaire ring. Looking at the pictures, I would expect it to be around a carat, with a really good colour.

‘We can only presume it also has really good clarity, based on the background. Depending on whether this is a branded ring – one of the big hitters – as well as the clarity/cut, I would estimate the ring to be somewhere in the range of £9,000 – £15,000.’

The newly engaged couple were attending an event in aid of Sir Jackie Stewart’s foundation ‘Race Against Dementia’, held at Le Meridien Hotel. 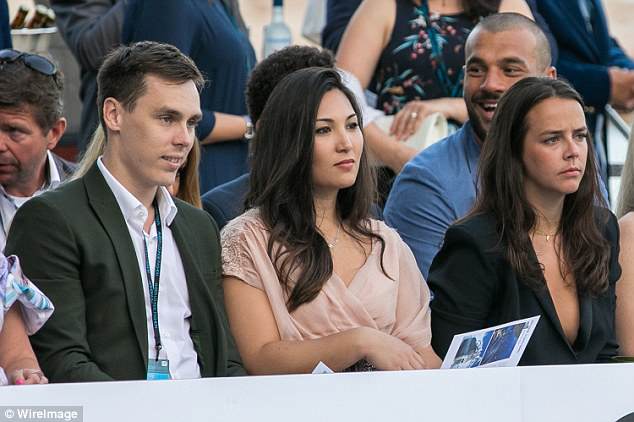 The pair looked relaxed as they attended the event, which was in aid of Sir Jackie Stewart’s foundation ‘Race Against Dementia’ 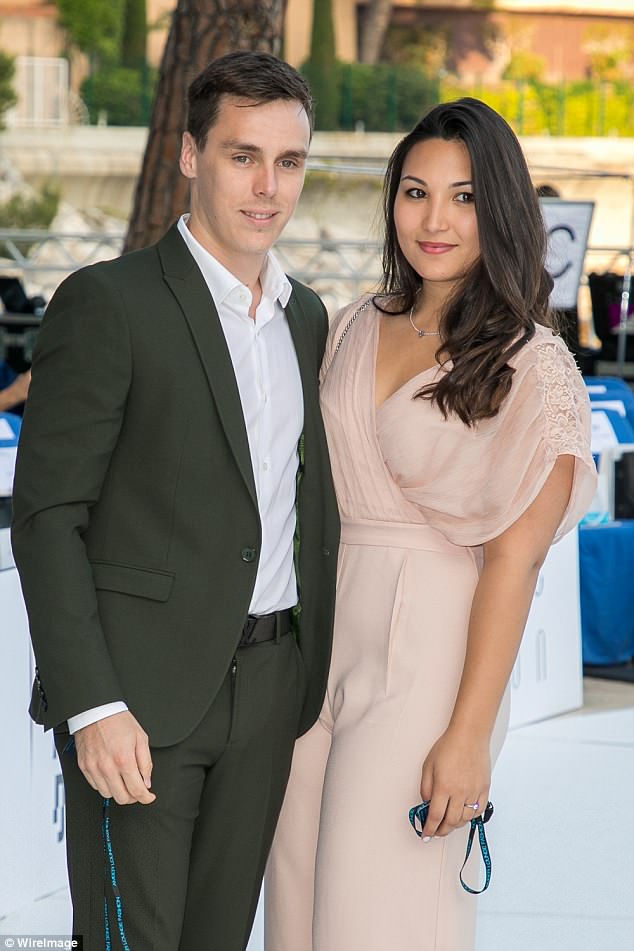 The pair have dated for about five years, and often share sweet couple photos and loving messages for each other on their respective Instagram accounts.

Both of them posted touching engagement photos while sharing their happiness with their followers.

The images saw Louis down on one knee on a beach at the Four Seasons Resort The Nam Hai in Hoi An, Vietnam, popping the question in a dapper white suit.

Marie, meanwhile, was wearing an emerald green dress in the shots, which showed her pulling her future groom towards her for a kiss after she said yes.

‘Let me introduce you the future madame Ducruet,’ Louis said in his post

‘She said yes and we are now engaged.’

As for Marie, she wrote: ‘Proud to announce that, I said YES to the love of my life. I love you so so so much.’ 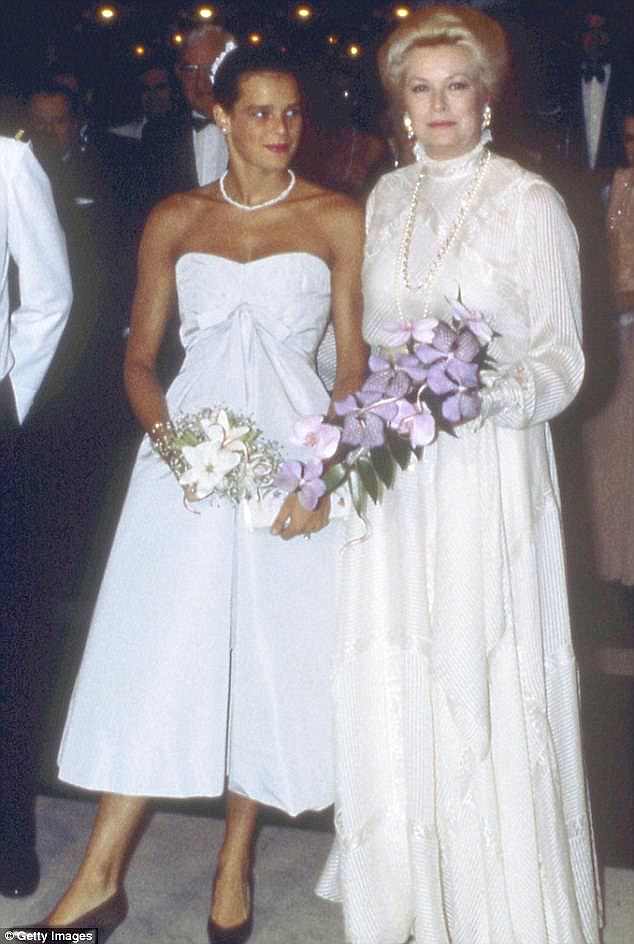 Louis is the grandson of Princess Grace Kelly, Stephanie’s mother. Grace and Stephanie are pictured together in July 1982 during the annual Red Cross Ball 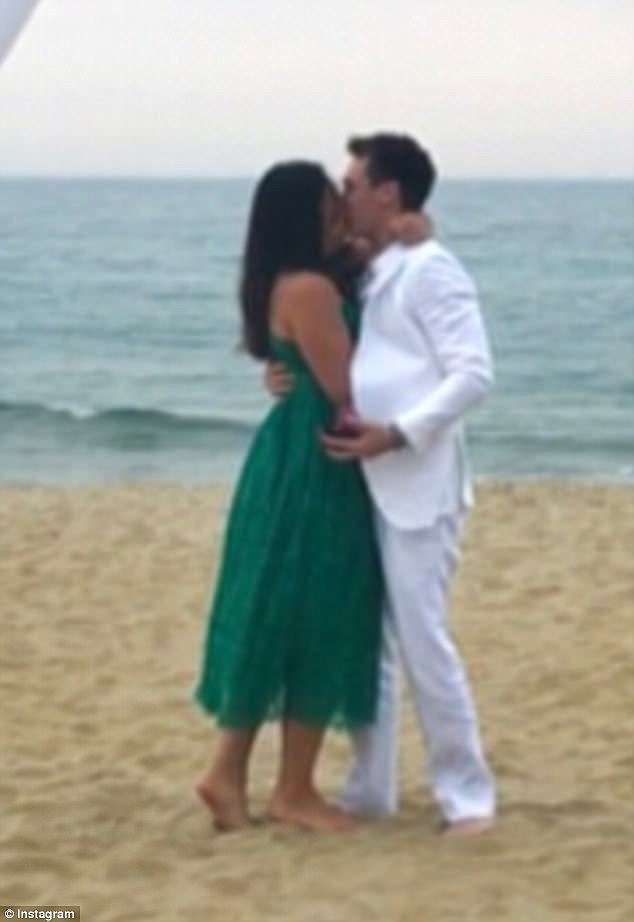 Princess Stephanie announced earlier this year, that Louis was to marry Marie, his college sweetheart who once worked as a cashier at a French discount supermarket.

The Palace’s announcement, which was kept brief, mentioned the mother’s ‘joy’ at the upcoming nuptials but didn’t specify a wedding date.

‘Her Serene Highness Princess Stephanie has the joy to announce her son Louis Ducruet’s engagement with Miss Marie Chevallier,’ the message reads.

Louis is Stephanie’s eldest child with her former husband Daniel Ducruet, who was once the princess’ bodyguard. This makes him the grandson of Princess Grace Kelly, Stephanie’s mother, who married Prince Rainier III in 1956.

Grace tragically died in a car crash in 1982, and was survived by her children Stephanie, who was in the car with Grace during the fatal crash, Caroline, now 61, and Albert II, 59.

Stephanie had another child with Daniel, 23-year-old Pauline Ducruet, and also has a 19-year-old daughter, Camille Gottlieb.

Louis, who has no title but is 12th in the line of succession to the Monegasque throne, is the first of Stephanie’s children to tie the knot.

Marie is a banqueting and convention coordinator at the Hôtel Hermitage Monte-Carlo, while Louis works as a scout for the AS Monaco soccer club.

Marie, who has called both France and Monaco home, met Louis while both of them were students.

Like him, she attended Skema, a French business school where she earned a Bachelor of Business Administration.

Later on, she studied marketing at Western Carolina University in Cullowhee, North Carolina, while Louis obtained a bachelor’s degree in sports management.

Marie, a proud aunt, has two older brothers. She currently works as a banqueting and convention coordinator at the Hôtel Hermitage Monte-Carlo, a palace in Monaco.

Before beginning her current position two years ago, Marie held a variety of jobs as a student.

She has in the past distributed flyers and magazines on the street for an advertising agency in Nice, worked as a supermarket cashier for the French discount store chain Leader Price, sold movie tickets and snacks for the French movie theater chain Les Cinemas Gaumont et Pathe, and was employed as a salesperson for France’s state-owned railway company, the SNCF.

While at Western Carolina University, Marie was a French tutor. She was also an active member of the student union board at Skema.

In December 2016, Marie shared a touching tribute to her late father on Instagram, posting a photo of herself in his arms as a child and writing in the caption: ‘You will be missed. I love you Daddy.’

Marie is now an avid traveler who has journeyed around Europe, in the US, and within France.

The travel snaps she has shared on social media include views of Strasbourg and Nice, France, Barcelona, Spain, San Antonio and Dallas, Texas, and Hollywood.

In her spare time, Marie also enjoys watching soccer, sharing her fiance’s love for the sport. Together, they were photographed cheering on the AS Monaco during the UEFA Champions League semi final first leg match in May last year.

Inside Ben Stiller’s battle against cancer