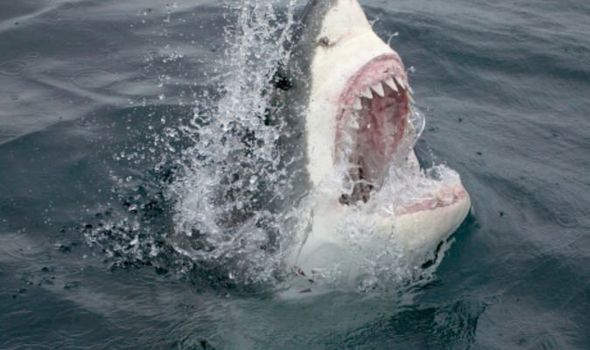 Another gnashes at the bars of his underwater cage off the coast of South Africa. But Barry Stone says the world’s scariest fish is not the mindless killer we often think. The Briton, who has spent over a decade in the water with the predators, said: “Like many people, I grew up with the movie Jaws, which started a lifelong fascination with sharks. But if you are lucky enough to spend time with them you realise that they do not deserve such infamy. The world thinks it knows this animal but they are thinking of a horror movie monster.

“The reality is not so frightening but infinitely more fascinating. They are selective, intelligent, and usually only attack humans out of mistaken identity. The rarity of attacks illustrates how infrequently they make mistakes.”

Barry, who lives near Bath, Somerset, does admit you have to be extra careful when leaning over the side of the boat to take pics.

But he is keen to spread the word that sharks are endangered due to overfishing and other human pressures – so deserve our protection. 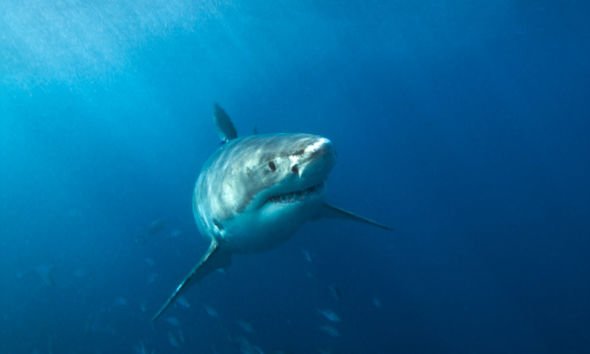 “They have been here for around 16 million years, and in a few decades we have almost wiped them out,” he said.

“The white shark serves vital functions in its environment, and as a flagship species it spotlights the pressing conservation issues facing our oceans.

“I sometimes regret that the images with white sharks showing their teeth and jaws are the ones that receive the most attention.

“They only represent a split second in their general behaviour. “Imagine if the only pictures anyone saw of you were when you were eating – you wouldn’t look very friendly, either!”

Listen: John Landgraf on Disney-Fox Deal and the Future of Television