Husband explodes and storms out of honeymoon after discovering his new wife photoshopped his son, 12, OUT of their wedding photos

A furious husband has told of how he walked out of his honeymoon after learning his new wife had photoshopped his son from a previous marriage out of their wedding photos because she wanted the day to be about ‘the two of them’.

Venting in a post to Reddit, the anonymous groom said he cancelled the pair’s honeymoon and stormed out after discovering his partner, Natalie, had asked their wedding photographer to edit his 12-year-old son out of the majority of their pictures.

He said he went into ‘a state of shock’ when he found out and blew up at his wife who ‘hasn’t stopped crying’ after he was ‘awful to her for no reason’. 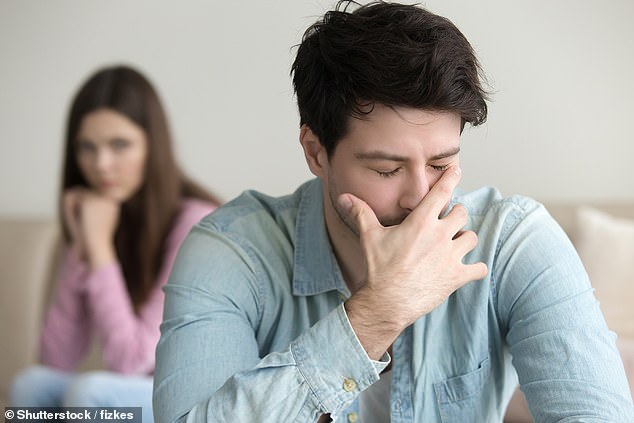 The newly-married man explained Natalie ’embraced his son instantly’ when they first met during the pair’s relationship even going as far to decorate his room, give him an allowance and ‘always’ buy him things.

‘We had the wedding planning go smoothly and drama free so there were no issues whatsoever, except that I found out that she had cut/edited out my son from the majority of our wedding photos,’ he wrote.

‘At first I was in a state of shock and really couldn’t believe it was her and thought it was the idiot photographer who did this but he told me he did this based on her wishes and made her more copies as well.’

He said he exploded in anger at her but she calmly explained her reasoning behind the harsh omission.

‘The reason she did this was because she wanted some photos to be just about us two,’ he said but he wasn’t buying it because ‘there were still family members that weren’t cut out of the photos’.

Natalie said her husband was making a big deal out of nothing on their honeymoon and showed him the unedited copies with his son still included.

‘But lost my temper because it felt like she was excluding him in a way,’ he explained.

‘The argument escalated and she wanted to call my son and ask him to show that ‘he doesn’t really care’ but I told her not to do it and get him involved.’ 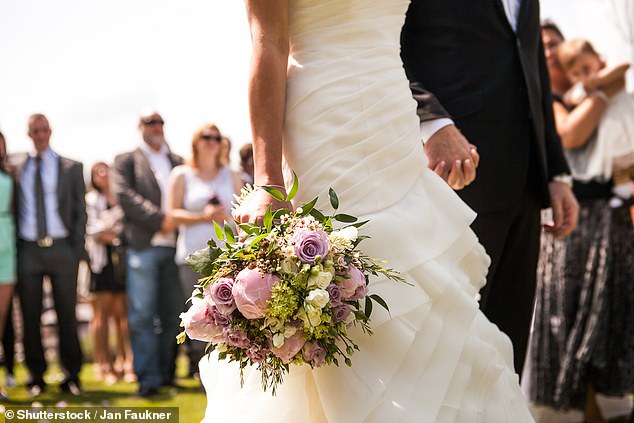 On Reddit, he asked users whether he was in the wrong for ‘making a big deal’ and losing it at his wife who has no ‘malicious intent’

The man turned to his mother-in-law about the situation but she told him to ‘go easy’ on his new wife.

‘She text me saying my wife didn’t mean to exclude my son and I should know that as a bride she must’ve felt overwhelmed and so I should be easy on her,’ he said.

The enraged husband eventually decided to cancel the rest of the honeymoon and ‘just go home’.

Who is in the wrong?

Who is in the wrong?

On Reddit, he asked users whether he was in the wrong for ‘making a big deal’ and losing it at his wife who has no ‘malicious intent’.

Thousands on Reddit were divided on the issue with some saying Natalie was out of line for excluding his son while others think he overreacted.

‘She’s finally showing her true colors. Protect your son, excluding him from photos is the first step. Divorce her,’ one person harshly suggested.

‘If she just wanted a photo of you two by yourselves, she could’ve asked for it on the wedding day. Even if she forgot or something, she didn’t have to cut your son out of the MAJORITY of photos and could’ve easily had what she wanted with just one or two photos,’ another wrote.

‘Maybe I’m wrong here, but your son wasn’t getting married, he shouldn’t be in THAT many photos that it’s a problem,’ argued a third.

‘It sounds like you picked a big fight on your honeymoon about nothing…You should have let her talk to your son about it because there’s a big chance that it might not have unsettled him. She kept the originals, it’s not like she deleted them,’ a fourth said.