Hailey Baldwin is a golden girl.

The model, 24, appears on the cover of Harper’s Bazaar’s May 2021 issue, wearing a Balenciaga metal mesh tank top and braided pigtails with rosy makeup.

Inside the magazine’s beauty issue, however, she sports a Saint Laurent gold bra under a tuxedo jacket and even more daring makeup looks, including gold leaf speckled around her eyes.

The solid piece of metalwork is part of Saint Laurent creative director Anthony Vaccarello’s summer 2021 collection and was inspired by the French fashion house’s 1969 collaboration with French jeweler Claude Lalanne, which included a cast of legendary model Veruschka’s bust. 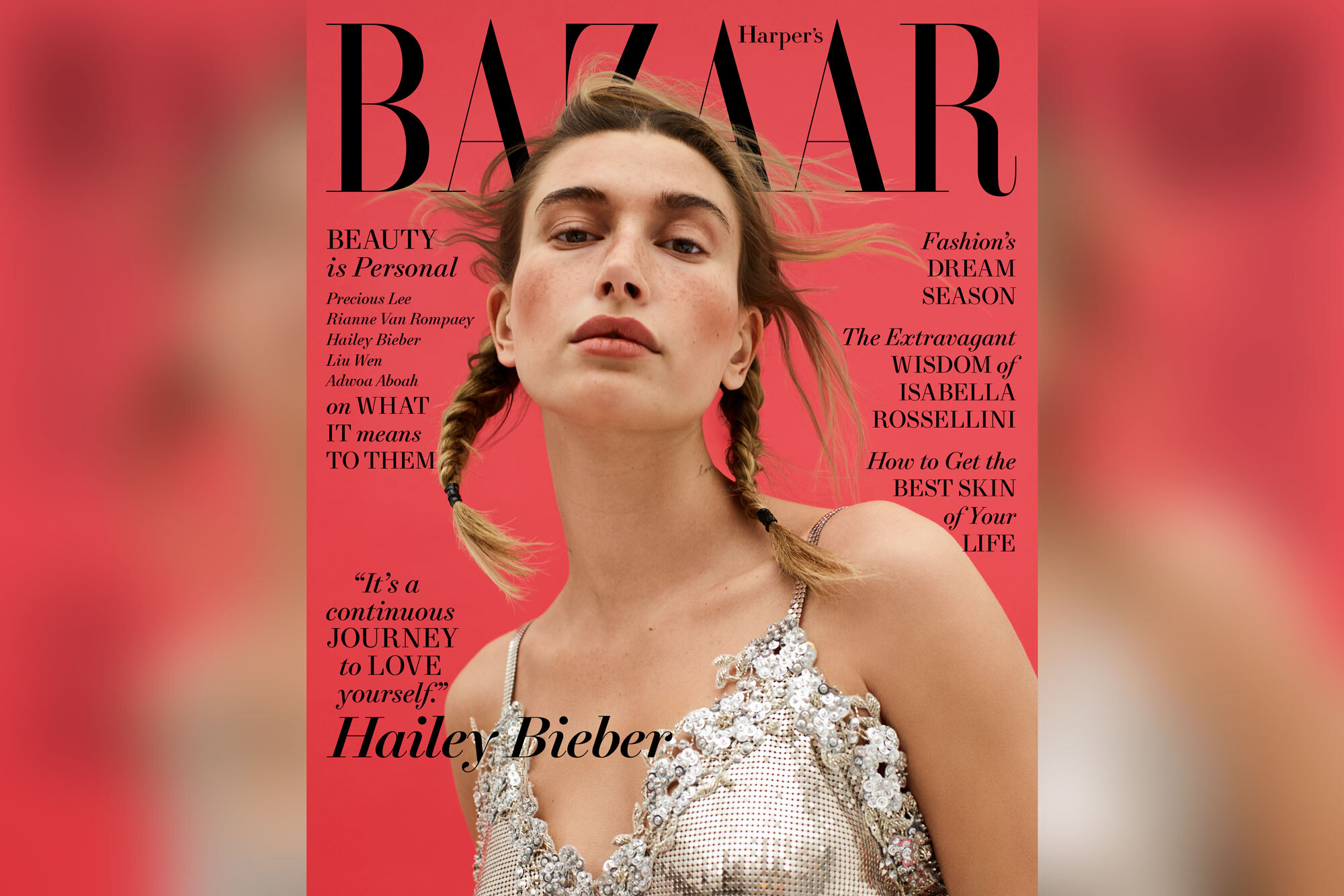 While Baldwin posed in a bra inspired by one created nearly three decades before she was even born, much of her accompanying personal essay for Harper’s Bazaar focused on modern-day life and her future, including the downside of living in a digital era.

“When it comes to social media, I’ve definitely gone through so much comparison. Comparing myself to other people, getting compared to other people, feeling like I need to have this type of body in order to feel good about myself,” she said. “It can be such a dark hole that you go down, and it happens so quickly and easily.”

Baldwin also opened up about her insecurities and struggles to love herself.

The 10 Best Socks to Wear While You Travel, Run, and Rest

Private Island comes under fire for flying 19 influencers to Hawaii