Like most people in our fractious country, I am spending a lot of time wondering what sort of state we’ll be in this time next year.

Will we have left the European Union on satisfactory terms? Or have tumbled out without a deal, causing an economic shock, the severity of which it is impossible to predict?

Will Jeremy Corbyn be in Number 10 following the collapse of a weak and divided Conservative government? And will John McDonnell be putting the final touches to his first wealth-destroying Budget? 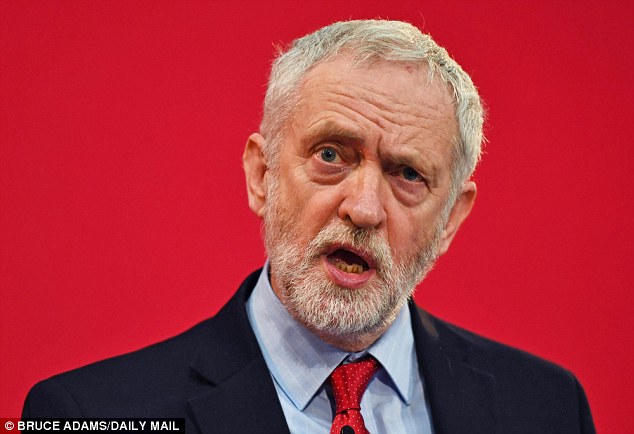 Will Jeremy Corbyn be in Number 10 following the collapse of a weak and divided Conservative government?

If I knew the answers, I’d be making a bee-line to the nearest bookie’s. I obviously don’t. It seems almost anything can happen. I can’t recall so great a sense of political disorientation in all my adult lifetime.

What I do know is that the behaviour of about 45 backbench Tory MPs on Tuesday evening — with a handful calling for the imminent defenestration of Theresa May — makes me more gloomy about the future.

Granted, there are quite a lot of things to be said against the Prime Minister, as well as her so-called Chequers plan, which she insists is the only game in town. I’ll come to them in a moment.

But it’s surely clear that by shrieking openly for her head (I say ‘openly’ because their discussions were bound to come out), the wilder members of the hardline pro-Brexit European Research Group risk undermining Mrs May — and hastening the coronation of Jeremy Corbyn. 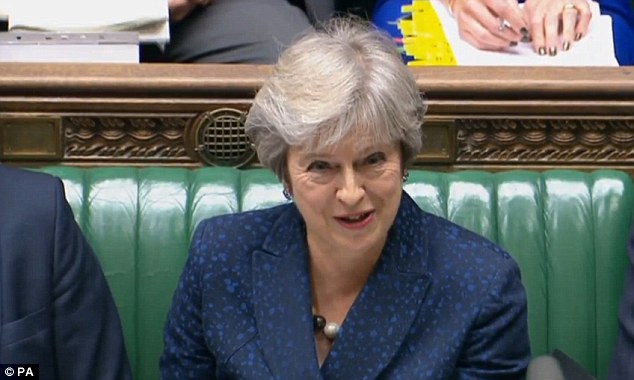 True, mere talk of insurrection could strengthen the Prime Minister’s hand in her negotiations.

Conceivably, Brussels negotiators will make more concessions than they might otherwise have done for fear that she could be replaced by an uncompromising Brexiteer such as Boris Johnson, who might scupper any agreement.

But if the Tory rebels force a leadership contest over the coming weeks, they will plunge this country into a political crisis that in all likelihood will lead to a hard-Left Labour government.

Let’s examine what would happen — and this is not crystal ball gazing. If 48 backbench Tory MPs sign a letter of no confidence, Mrs May will have to submit herself to a vote among the parliamentary party.

If she won, there could be no second vote of confidence for at least a year. In that case, EU chief negotiator Michel Barnier and President of the Commission Jean-Claude Juncker would know she was an enfeebled Prime Minister who couldn’t be removed. That would give them an advantage in talks. 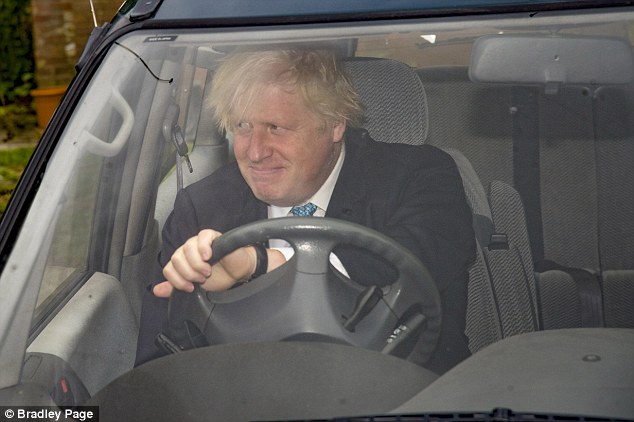 If she lost a vote of no confidence, there would be a leadership contest which could last up to three months.

During this period — which might occupy roughly half the time that remained until we leave the EU — Theresa May would be a lame-duck, neutered Prime Minister.

Can there be anyone alive who is so bone-headed and blinkered and generally half-witted as to think this would be an acceptable state of affairs? Yes, there are some of them in the European Research Group, though ‘big beasts’ such as Iain Duncan Smith and Jacob Rees-Mogg were absent.

Absolutely the last thing that should be contemplated when negotiations are at such a delicate stage, and time is running out, is the removal of our national leader.

And I am afraid that former Foreign Secretary Boris Johnson is displaying characteristic recklessness and egotism in threatening the survival of the Government, and stoking the hopes of deluded rebels. 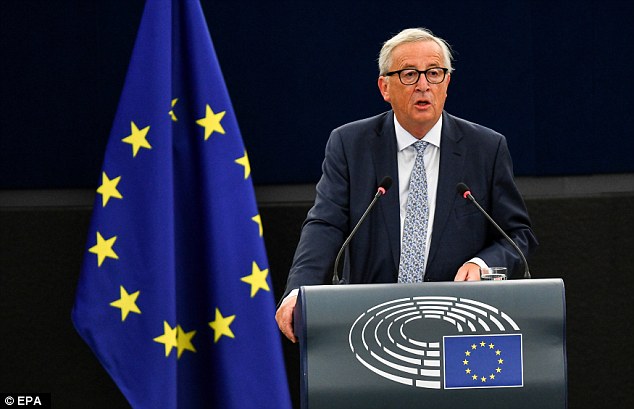 ‘EU chief negotiator Michel Barnier and President of the Commission Jean-Claude Juncker (above) would know she was an enfeebled Prime Minister who couldn’t be removed. That would give them an advantage in talks,’ says Stephen Glover

In a way, you’ve got to hand it to him. Days after his affair with a woman not much more than half his age was revealed, and his long-suffering wife of 25 years had finally legged it, he found the chutzpah to launch another fusillade against the Prime Minister with an ill-chosen image involving a suicide vest.

What does Boris want? To be Prime Minister. I don’t blame him for that. But this is the most dangerous moment imaginable for him to set in train his all-consuming ambitions.

It would be possible, if he so chose, to criticise the Chequers plan (as former Brexit Secretary David Davis does) without destabilising an already weakened Theresa May, and filling the minds of disgruntled Brexiteers with dreams of regicide.

Naturally she’s far from perfect. She seems unduly rigid in some ways, while in others she has too easily accommodated herself to Brussels — for example, in agreeing to a virtually unconditional exit payment of £39 billion, and accepting the contention that the border between Northern Ireland and the Republic is sacrosanct.

Looking back, it’s clear she was wrong to trigger Article 50 (which fired the starting gun) before a detailed plan of action for our withdrawal from the EU had been worked out.

Equally, Chequers leaves much to be desired since it would keep us with at least half a foot within the EU, and potentially under the sway of its institutions such as the European Court of Justice.

Even more to the point, it seems unlikely to be accepted in anything like its existing form — Juncker had another swing at it yesterday — while it is hard to see how it can ever pass through the House of Commons as long as so many Tory MPs are opposed to it.

Of course, I realise that unless the Government convinces EU negotiators that Chequers is the only plan on the table, it won’t be taken seriously.

But we must all hope that in practice there is a sensible Plan B which can be brought forward if — or when — Chequers is rejected.

The danger is that if that happens too late, there may not be enough time to negotiate viable alternative arrangements such as a free trade deal along the lines which Canada not long ago concluded with the EU, and we shall be turfed out unceremoniously into the unknown.

All this seems to me to strengthen the case for clinging on to Theresa May for dear life as the only person in a position to navigate these devilishly difficult waters in the small amount of time that remains to us.

Will the Brexit ultras allow her what I believe is virtually the only chance we have of an orderly exit? I fear they won’t. 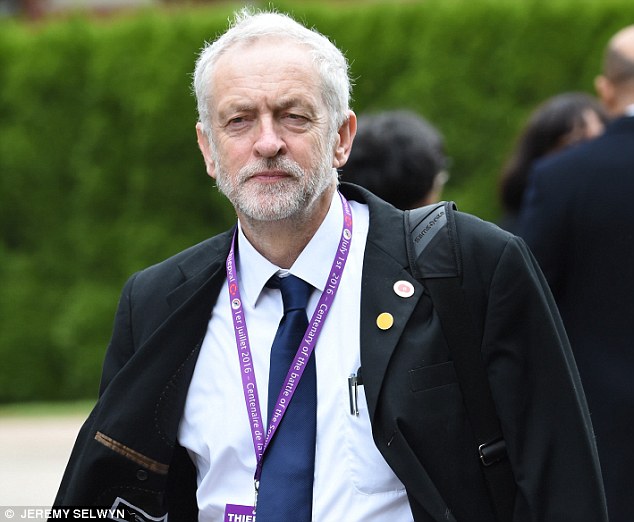 In that case, if they insist on igniting the touch paper, the likelihood of a carefully negotiated settlement leading to such a departure would be dramatically reduced.

And the chances of Corbyn ending up in Number 10 would soar. When will these foolhardy rebels remember the basic law of politics — which is that voters abhor divided parties?

I am not suggesting members of the European Research Group should jettison their principles.

But I do submit that if they persist in plotting against Theresa May, and refuse to countenance the slightest compromise, they will tear their party apart, and likely end up with a bad deal.

Maybe they think Jeremy Corbyn combines the defects of stupidity and extremity so effectively that he is unelectable. Don’t you believe it. The electorate would turn against a fractured party that had failed to deliver a successful Brexit.

The Tories were once known for their pragmatism. Now they are an ideological party devoted to in-fighting.

If they don’t recover some good sense, this time next year we’ll be in an even bigger mess.

Travis Scott Brings The Party To 2019 Grammys: ‘Stop Trying To Be God’ And ‘No Bystanders’

Harry and Meghan to communicate via WhatsApp during mega-summit with the Queen, Prince Charles and William – The Sun