Victoria Madden was eight years old when she created her first distinctly Tasmanian story. It was the 1970s and researchers had come to the rural station in the state’s rugged north-east where her mother was the cook, hoping to confirm sightings of the extinct Tasmanian tiger. Possessed of a fierce imagination, Madden told them she had seen one at a nearby dam and led the way there. She got hours of companionship and conversation before they twigged.

Nowadays Madden’s reach is far wider – and the narratives hold together far more convincingly. As the co-creator of 2016’s The Kettering Incident and now the driving force behind The Gloaming, which premieres on Stan on January 1, Madden is presenting a vision of Tasmania to the world via brooding police procedurals, supernatural-tinged history and foreboding landscapes. On her shows, the island state looks like nowhere else on Earth. 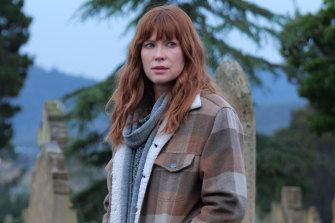 Emma Booth stars as a police detective in Victoria Madden’s The Gloaming.Credit:Bradley Patrick/Stan

“I always say Tasmania is a revelation,” Madden says. “I’m trying to think like an artist or a graphic novelist to make the landscape a character that’s slightly antagonistic. If you get it right, with the right directors, it does a lot of the work for you. I tell everyone that I want a sense of the unsettled, that you can’t quite feel comfortable.”

The Gloaming, which stars Emma Booth and Ewen Leslie as police detectives whose murder investigation draws them into a past crime they’re connected to, may well be the tipping point for Tassie noir. The show was commissioned by Stan and will be sold around the world by ABC Studios. It presents Hobart as a cosmopolitan city while the surrounding landscape – snow-covered peaks, dead trees twisted like gnarled bones, and thick forests that grasp the dark – possesses an unsettling grip.

Greg McLean, who directed The Gloaming alongside Michael Rymer, says Tasmania was a unique place to shoot in. “It doesn’t look like Australia, he says. “The imagery we put out around the world has this red outback, but Tasmania has a different quality because of the nature of the weather system there, the different forests, and the different plants. It feels ancient and has a strange vibe to it.”

Having directed various iterations of Wolf Creek in the outback, and the feature film Jungle in the far edges of Colombia, McLean was used to intriguing locales, but as a newcomer to Tasmania he was fascinated by the way Victoria Madden’s story intertwined with the landscape. In her first visual briefing with the directors and director of photography Marden Dean, Victoria Madden referenced both the menacing topography and the often bloody colonial history. 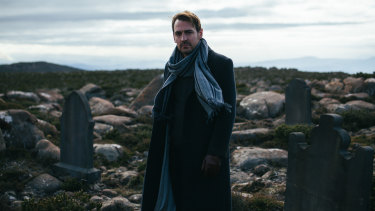 “It was my first time in Tasmania, so I looked at it with very fresh eyes and got very excited about the architecture of Hobart and the light and the landscape,” McLean says. “We wanted to be as cinematic as possible, and Tasmania has this quite hard, clear light. It’s very beautiful, but also very sharp. Everyone we wanted to capture was uniquely Tasmanian looking in terms of the design, and the feel, and the atmosphere.”

The Gloaming represents the crest of a wave of productions that feature Tasmania as a locale. It began with the feature film The Hunter in 2011 (where the plot also involved the Tasmanian Tiger), and gathered energy with The Kettering Incident, the ABC comedy Rosehaven (where the crimes are very different), the feature film Lion and parts of Foxtel’s Lambs of God.

Alex Sangston, the Executive Manager of Screen Tasmania, which invested in The Gloaming, says the each of the last three years has come close to a record year for the volume of screen stories produced in the state.

“The pitch that I usually give when I’m talking to filmmakers, producers or financiers is that we’ve got locations you haven’t seen, talent that hasn’t been tapped, and a wonderful lifestyle to base yourself in while doing the work,” Sangston says. 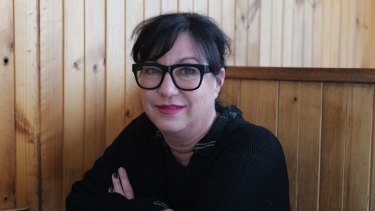 Victoria Madden, the driving force behind The Gloaming and The Kettering IncidentCredit:Bradley Patrick/Stan

Victoria Madden is central to this, but she had to leave Tasmania to define her vision. As a child she was obsessed with the countryside, which sometimes felt threatening. She remembers trips when her single mother, an English immigrant, would seek work only to miss out, so they would sleep that night in the family car.

“Tasmania’s ruggedness and harshness and the Gothic quality I see it in began with that insecurity as a child, when it felt like we were at the mercy of the landscape,” Madden says.

She moved to the mainland at age 17 and gained her initial writing credits on shows including Heartbreak High and Water Rats. She began to think more about Tasmania during long stints in London, where she was a story producer on The Bill, and then Ireland, which had a connection to Tasmania through the state's history as a British penal colony. She was also watching Scandi noir television series such as The Killing and The Bridge, and visited Scandinavia before returning to Tasmania and settling in Launceston. 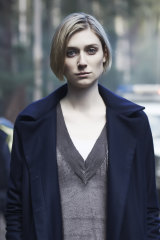 In The Kettering Incident the troubled lead character, Elizabeth Debicki’s Anna Macy, also returns to Tasmania from London, but by comparison Madden has prospered. She’d just begun to outline The Gloaming when she met Keli Lee from ABC Studios at a conference in Melbourne. The American executive, who’d helped assemble the likes of Modern Family and Scandal, was a fan of Kettering and wanted to work with Madden.

ABC Studios did not want a homogenous setting – they wanted a backdrop global audiences hadn’t seen before. Lee came to Hobart to spend the day with Madden: the sky was blue, but the mist hung low. There was snow on the nearby mountains and air was cold and crisp. Madden drove Lee up to Knocklofty Reserve, to look down on West Hobart – there is a similar shot in The Gloaming. They went to the MONA art gallery and had lunch on the water at the Glass House restaurant. Lee was excited. “We’re going to do this,” she told Madden.

Madden had given Lee more of The Gloaming, in which the crimes invoke Tasmania’s colonial history, and Lee wanted the grimness – “There’s a lot of murder,” she told Madden, who replied, ‘Yes, I guess there is” – to be counterpointed by the beauty of Hobart. It was exactly what the showrunner wanted to hear. 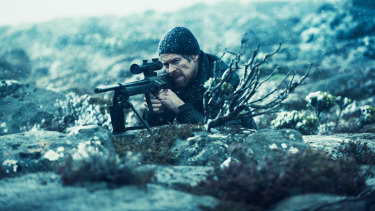 Willem Dafoe in The HunterCredit:Matt Nettheim

“That’s why I wanted to set it in Hobart, because it’s ridiculously beautiful, with a darkness underneath,” Madden says. “I’ve always been drawn to dark subjects. Unsolved mysteries, missing people, have always intrigued me. But being away from Tasmania, I saw the beauty as an adult I didn’t appreciate when I was younger. It’s an awe-inspiring place.”

WHEN Streaming on Stan from Wednesday, January 1.

*Stan is owned by Nine, the publisher of this masthead.

Serena and Venus Williams Will Face Off at the U.S. Open This Week — What to Know

Man, 24, has his own severed leg bone turned into ornament for Christmas after he was struck by a hit-and-run driver

Scott Rudin Will Step Back from Broadway Amid Abuse Accusations