If you’re traveling through London’s Heathrow Airport on the day of the royal wedding, you can expect to be greeted as though you’re, well, royalty. According to a press release, Heathrow will be greeting an expected uptick of passengers who arrive on inbound flights with free, handmade cupcakes, as well as a member of the Queen’s Guard, a Beefeater, a Royal Trumpeter, patriotic bunting, and the royal wedding broadcast on terminal TVs. The festivities will run from 10 a.m. to 4 p.m. in four of Heathrow’s terminals.

Those who aren’t part of the lucky cupcake-eating 1,000 will still be greeted with "regal fanfare," according to Heathrow’s press release about the event. 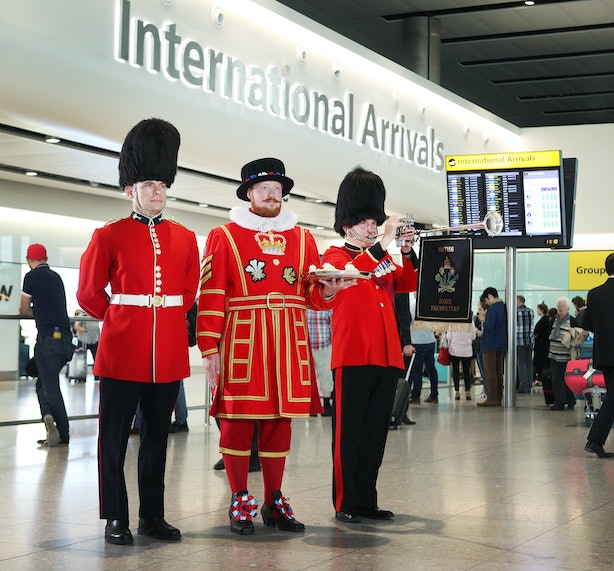 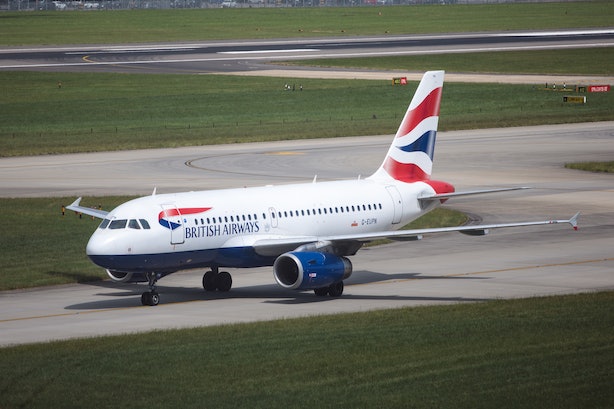 Heathrow may not be giving cupcakes to outbound guests, but there are some folks flying out of London May 19 who are going to be treated to a little "extra sparkle," as British Airways put it in a press release. Passengers on flight BA93 from London to Toronto (the city where, the press release notes, Prince Harry and Markle’s relationship "took off") will be hosted by a flight crew comprised of two Harrys, seven Megans, and one Meghan.

On top of BA93’s royally named flight crew, "any customer departing from Terminal 5 on the big day, who is called Harry, Meghan or Megan" is invited, along with their guests, to use British Airways’ First lounge, according to the press release. British Airways will also be handing out lemon and elderflower Victoria sponges to passengers departing from Heathrow on the big day.

For those on board BA93, the celebration won’t stop at Heathrow. According to British Airways’ press release, "[e]xtra champagne has also been loaded on to the Toronto celebration flight and the ‘Royal Crew’ will give every customer on board a personal bottle of Castelnau Blanc du Blanc to enjoy alongside their individual celebratory wedding cake."

It’s clear that when it comes to celebrating the royal wedding, the sky’s the limit.