Home » Lifestyle » HENRY DEEDES IN AMERICA: Like a Cup final with no floodlights….

HENRY DEEDES IN AMERICA: It was like a Cup final with no floodlights….

Embarrassed. Humiliated. Dejected. They are just a few of the adjectives available to describe the mood here in Iowa after Monday night’s caucus fiasco – and not one of them does the farcical situation justice.

The state capital Des Moines had hummed all week as Democrat candidates for the presidency made their final push for victory. Now it feels as buoyant as a deflated balloon.

There seems a sense that with the world’s eyes on Iowa, the Hawkeye State – its nickname – had bottled it. At lunchtime yesterday, some 14 hours after the result was due, residents ludicrously, were still waiting for the outcome of the vote.

By then, their candidates were long gone, jetting east for the New Hampshire primary where hopefully things will be better organised. 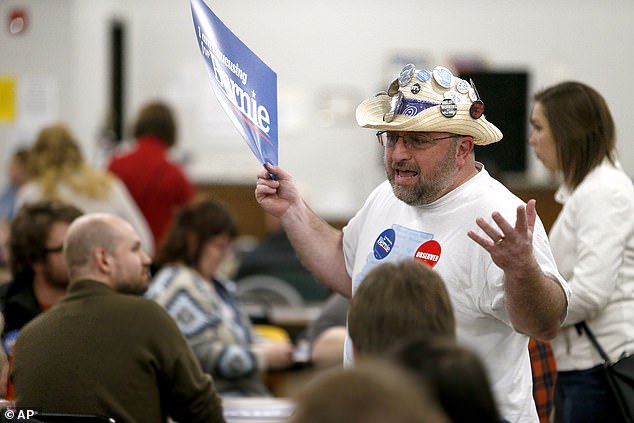 Meanwhile, party officials, still squabbling like cats in a bag over what went wrong, issued an announcement yesterday that ‘some’ of the results were due to be published late last night UK time, which hardly gave confidence.

Someone, somewhere in the organisation is for the high jump. It’s a pity as it had started so well, with Iowans gripped by excitement. The biggest rally of Monday evening was held by Bernie Sanders at the Holiday Inn at Des Moines airport, where the atmosphere cracked and fizzled as 2,000 jubilant voters geared up to light the blue touch paper.

The stage was set, microphones tested and ready, while security was tight, tight, tight. This was supposed to be a victory rally for Sanders, the 78-year-old Left-wing firebrand with the stooped posture and Eric Morecambe grin, the first step in securing the Democrat nomination and then all the way to the White House.

Excited youths, many of them voting for the first time, swarmed the hotel lobby waving placards emblazoned with the Sanders campaign slogan: ‘Not me, Us.’

You couldn’t help feel we were about to witness a moment in history just as we did on that ice-cold Iowan evening back in 2008 when a young black senator called Barack Obama defeated Hillary Clinton in the caucus and announced himself to the world as the new force in American politics.

When news filtered through that the result would be delayed, there was a collective groan around the venue. Many had travelled far and wide to attend. It felt like having tickets to a World Cup final only to find the floodlights give in shortly before kick-off. 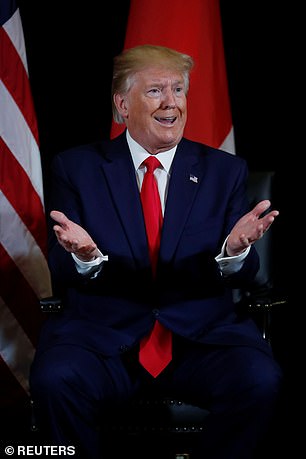 At about 10.20pm, when it became clear no result would be forthcoming, Sanders took to the stage anyway, launching into his standard stump speech, promising all manner of unaffordable giveaways and denouncing Donald Trump, left, as ‘the most dangerous president in history’.

His appearance, as ever, was mildly shambolic. His suit jacket was one size too big, his hair in need of a good brush. Next to him stood his wife Jane, who gazed at her slightly frail looking husband with tender concern. If I didn’t know better I’d have guessed she was his nurse.

‘I have a strong feeling that at some point the results will be announced and when those results are announced, I have a good feeling we’re going to be doing very, very well here in Iowa,’ Bernie yelled, pointing and jabbing a bony claw like a teacher tapping away on the chalkboard.

It was a watered-down speech and clearly not the one he’d hoped to be giving that evening. The crowd cheered and whooped and chanted the old boy’s name but as they headed out into the biting cold evening, they looked a tad forlorn.

And as we continued to await the results last night, liberal-leaning news channel CNN was still rolling out a steady succession of Democrat commentators who reflected on what had been a humiliating night for their party.

As they bickered and played the blame game, I imagined Trump watching back in the White House, sprawled beneath the presidential four-poster as he prepared for his State of the Union address, perhaps shovelling clumps of buttered popcorn into his mouth while chuckling at his enemies’ misfortune. On what was supposed to be an evening of joyous celebration for Democrats, it was the Republican President who emerged as the night’s biggest winner.