Home » Lifestyle » Hetty and Ness and their voyage of discovery

Cherry Beach is a friendship, a romance, a coming together and a drifting apart.
It’s a novel with a narrative scaffolded by the relationship of life-long best friends. Opposites in nature and appearance, they are nonetheless drawn to one another despite, rather than because of, their differences.

Hetty is extroverted and popular, and Ness is mousy and quiet, with hair ‘‘like a black scribble’’. She’s smaller than her flighty friend, whose beauty and gangliness creates attention, wanted or otherwise. Ness is also hopelessly in love with Hetty, but the sentiment remains forever hidden, unable is she to express her ardour, fearing a lack of reciprocal care as well as the disruption of their mutual co-dependency. Each wears a piece of a broken heart charm that matches up. ‘‘Hetty’s half said Best and mine said Friend. It had always seemed appropriate.’’ 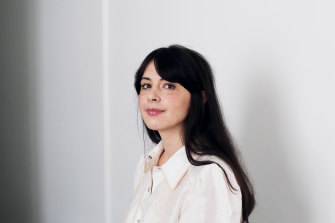 Laura McPhee-Browne was interested in the idea of someone being in love with their best friend.Credit:Leah Jing

The debut of Melbourne-based Laura McPhee-Browne is a poetic, languid, melancholic and sensitive meditation on trying to carve your own path in that liminal period between the freedom of childhood and the responsibilities of adulthood.

Not only are the 20-something women exploring their own identities and sexualities but they’re also concurrently exploring a new country, with the author moving them from their respective homes in Australia to a crowded share house in Canada. Set in contemporary times, it’s narrated from the point of view of Ness as she looks back some three years later after events unfolded that claimed the volatile Hetty.

McPhee-Browne, 35, is a part-time social worker and her dealings with troubled souls gives the book a degree of empathy and vulnerability, particularly when Hetty’s mental health starts to disintegrate and Ness struggles to help her, while at the same time being distracted with the nascent attention of her new friend and lover, Faith. There is the romance of the first time overseas, the first sight of snow and of trepidatious beginnings. 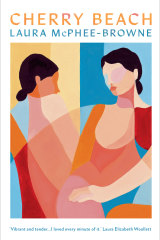 ‘‘The novel came together through a number of ways,’’ says McPhee-Browne. ‘‘I lived in Toronto for a couple of years and wanted to write about being in a place where you’re not from. There’s no expectations so you can be kind of invisible. At the same time, I wanted to write about a young woman who was gay.

‘‘I know I had feelings for girls as well as boys when I was growing up and so wanted to explore that without it being the entire narrative. I was very interested in the idea of being same-sex attracted and the intensity of being in love with your best friend. I’d always wished there were more characters who were queer, particularly main ones. Cherry Beach is about the different types of love you can have, about women growing up together and how that’s complicated.”

Though Cherry Beach is mostly fiction, it’s studded throughout with factual information. It reads a little like a travelogue at times in its detailed descriptions of the streetscapes and large bodies of water that the protagonists discover in their meanderings within their host city.

McPhee-Browne admits that there is a little bit of her in both Hetty and Ness.

‘‘I’ve lived in several share houses, I walked everywhere in Toronto when I was there, and my mid-to-late 20s was also a period of great instability. Like me, Ness gets anxious in social situations and tends to overthink but she’s also passive; she doesn’t rush into anything and is more a spectator. She doesn’t think she deserves the world …

‘‘That’s why I like the process of writing I guess, this escape into the mindset of another character. I’m the opposite of Ness, more like Hetty in some ways.’’ She laughs and adds ruefully, ‘‘I also share her height’’.

As a debut author, McPhee-Browne still seems faintly incredulous at the notion of producing a full-length novel at all, particularly as she’s only ever written short stories. Cherry Beach was two years in the making but she had to learn to slow down and enjoy the process.

‘‘I’m not a perfectionist and my editor had to remind me it’s not a sprint but a marathon. I like instant gratification so I never thought I would tackle a novel, but it’s lovely to have done this long-term project.’’

Tourist slapped with £1,300 hospital bill after breaking fingernail on US trip

'SVU' Boss on the Benson-Stabler Reunion, Wentworth Miller and More