For better or WORSE! Hilarious photos capture awkward wedding blunders – including a groom who tore his trousers and a bride being dropped 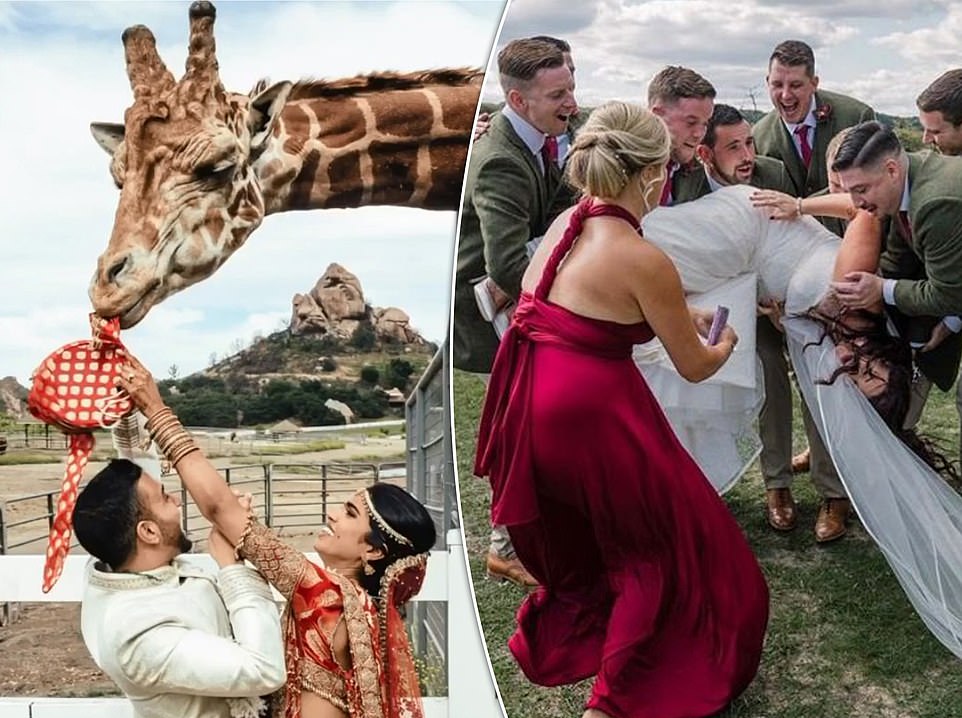 For many couples, their wedding day is the most photographed day of their lives, but as these snaps prove, being the center of attention can have its downsides. AmoMedia rounded up a selection of hilarious viral photographs from around the world that were taken at nuptials and feature mishaps with decorations and outfit disasters. One snap shows wedding guests desperately trying to release a bride’s veil after it was trapped on a wooden step as she made her way down the aisle. Click through to see all of the hilarious snaps… 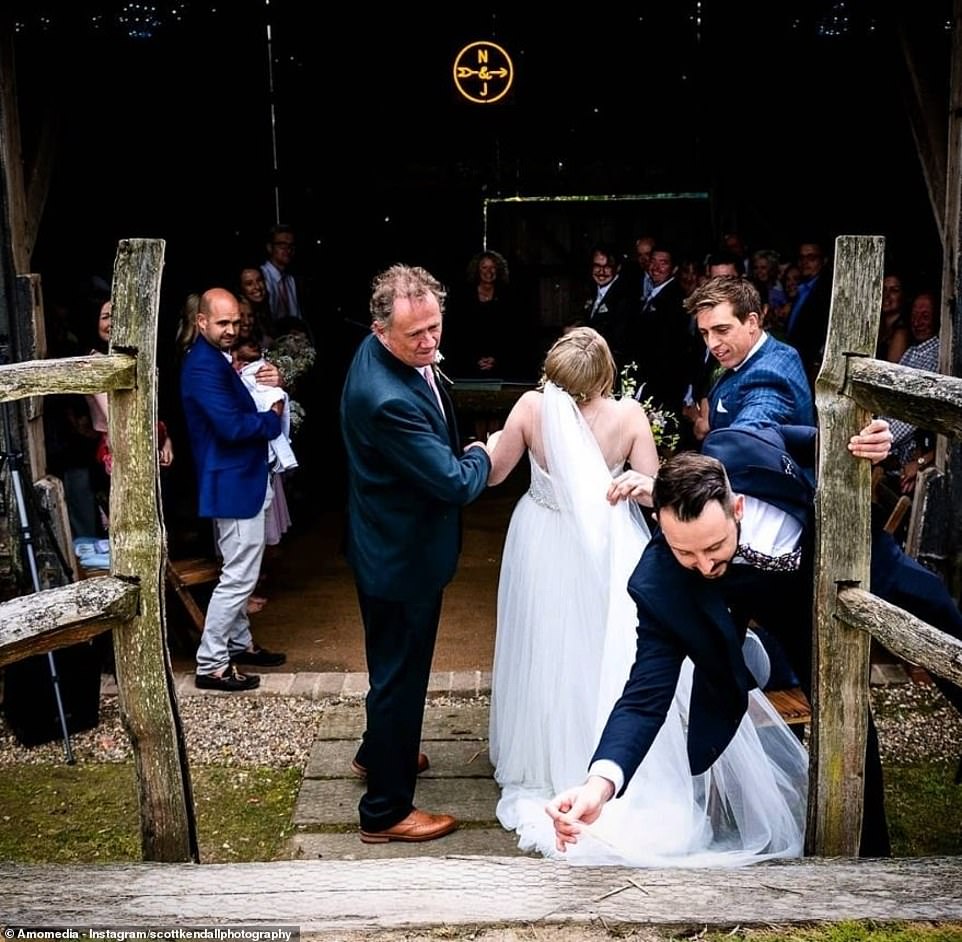 AmoMedia rounded up a selection of hilarious photos taken on wedding days where something went wrong, including a bride who had the misfortune of her veil getting caught on a wooden step as she entered the ceremony (pictured). 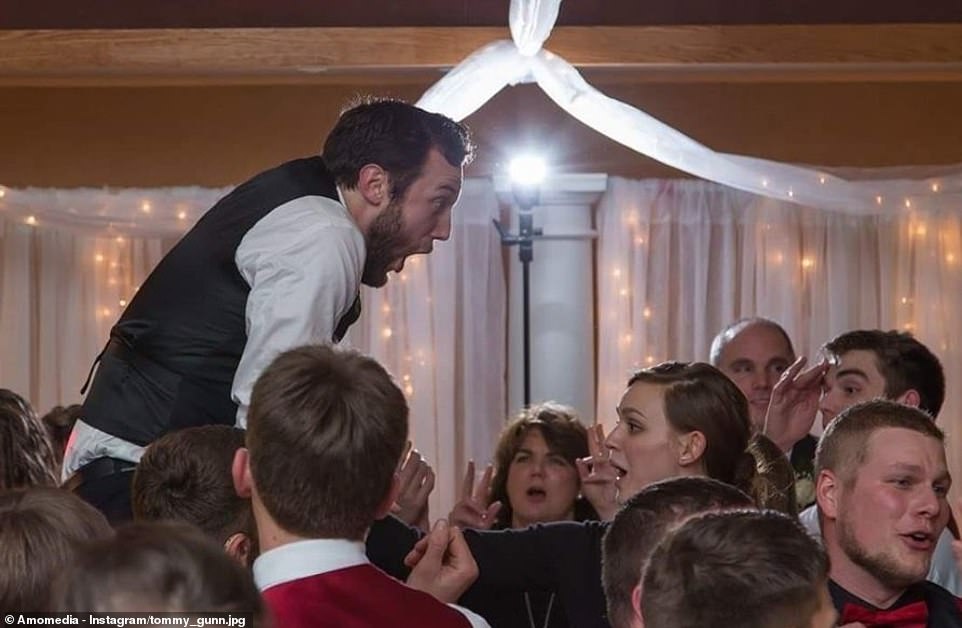 A man who lives in the U.S. captured the exact moment his brother realized he had ripped his trousers, revealing his underwear to all guests. 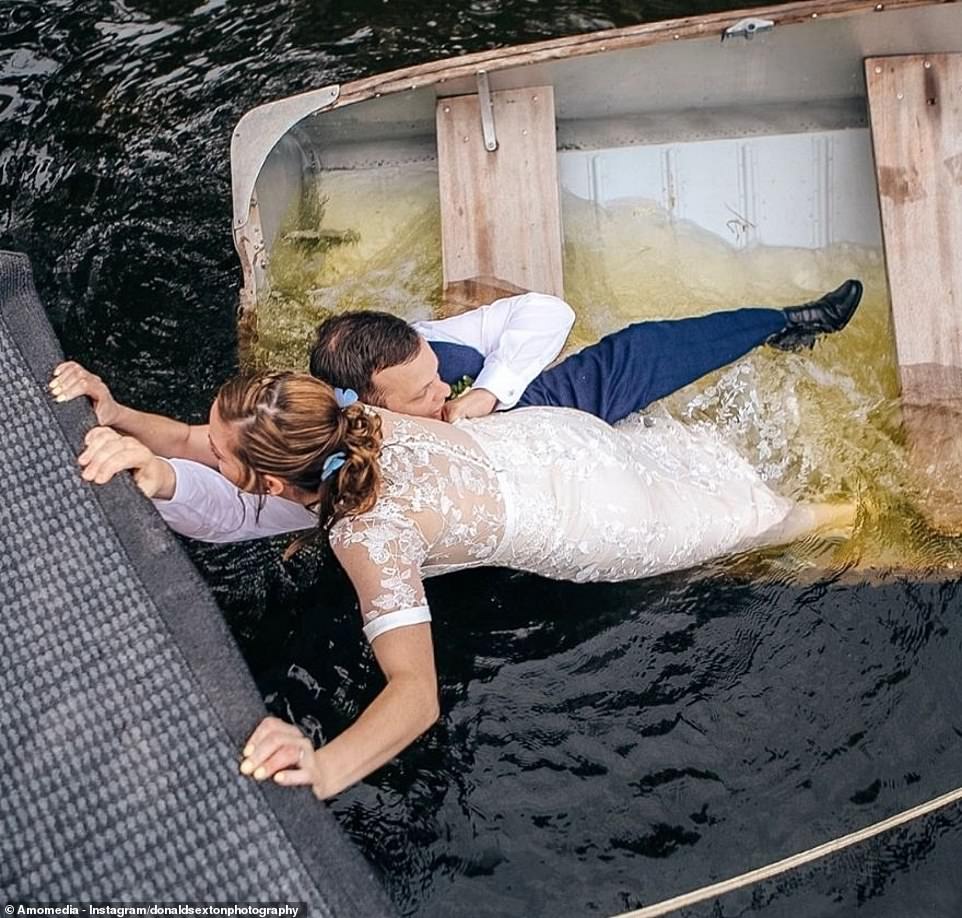 An American wedding photographer snapped a newlywed couple whose romantic boat picture ended with them falling into the water. 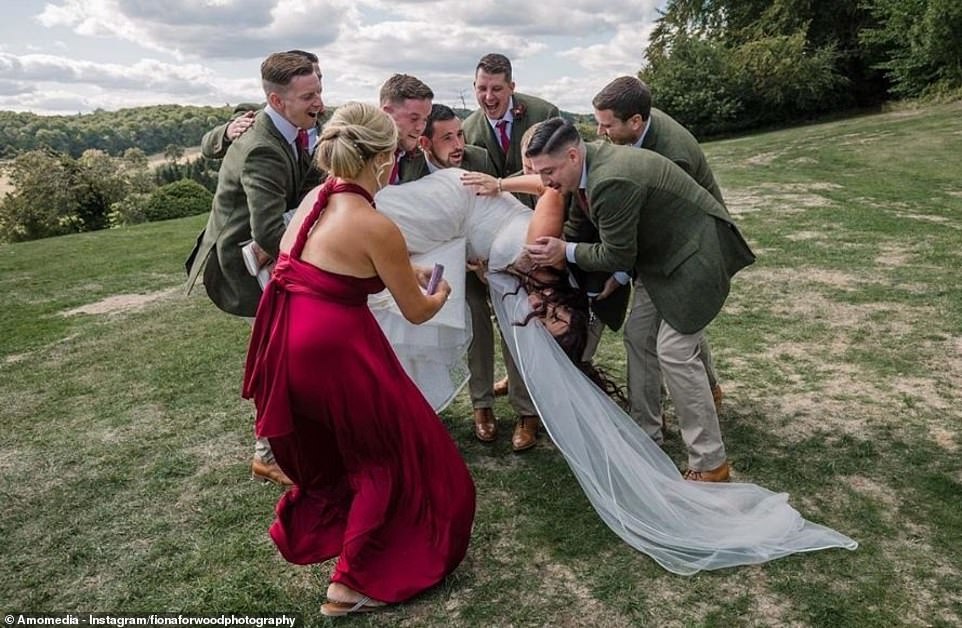 A wedding photographer based in Buckinghamshire photographed a bride who was dropped by the groomsmen during a group photo. 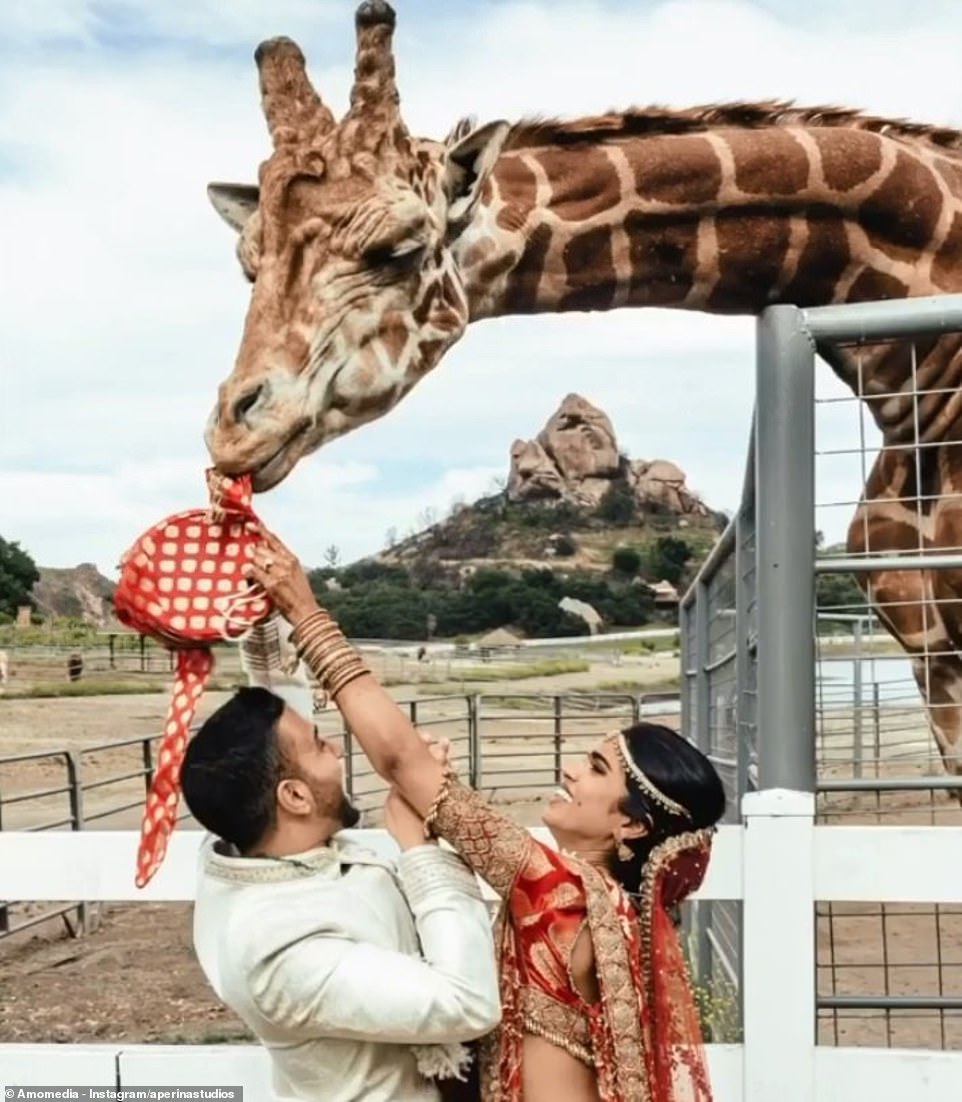 Another photographer from North California snapped the surprising moment a giraffe attempted to eat the groom’s hat. 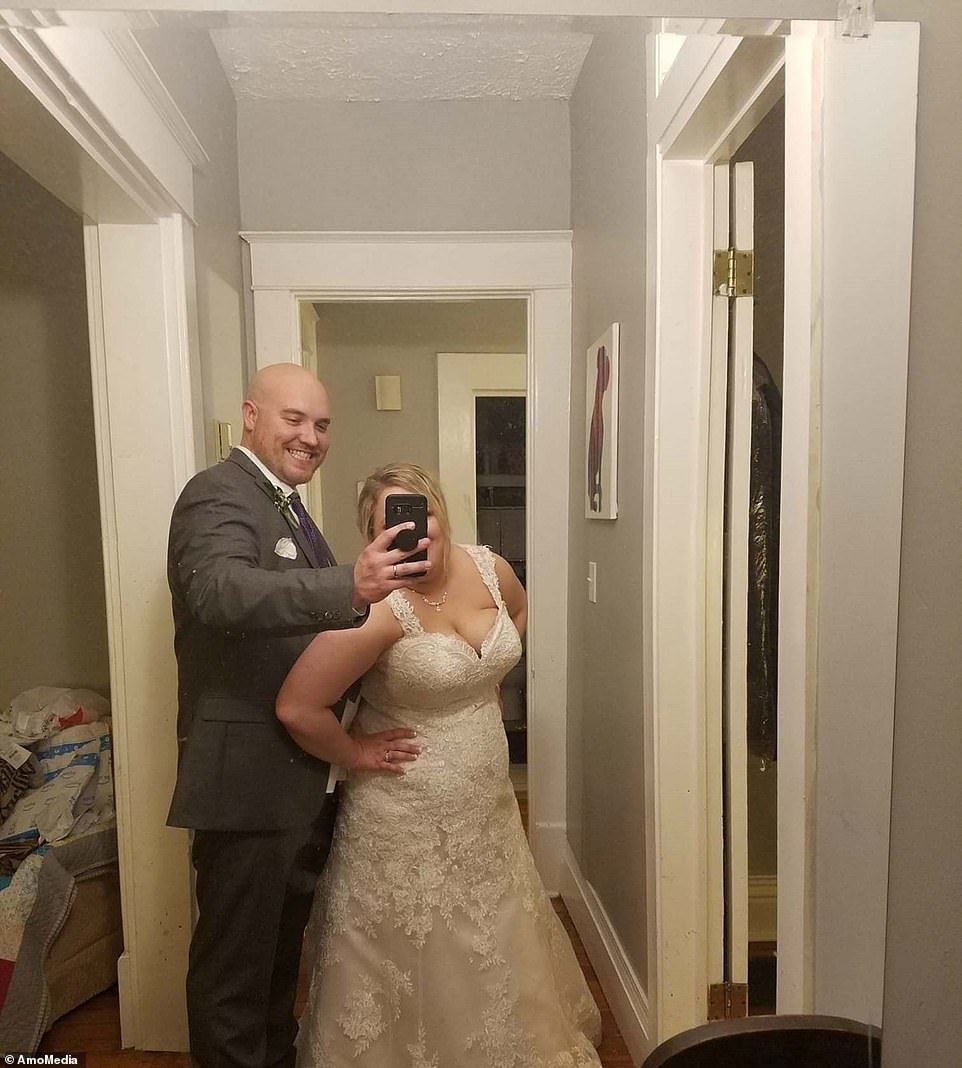 One woman shared a photograph her husband took on their wedding night, explaining he was blissfully unaware that her face was covered. 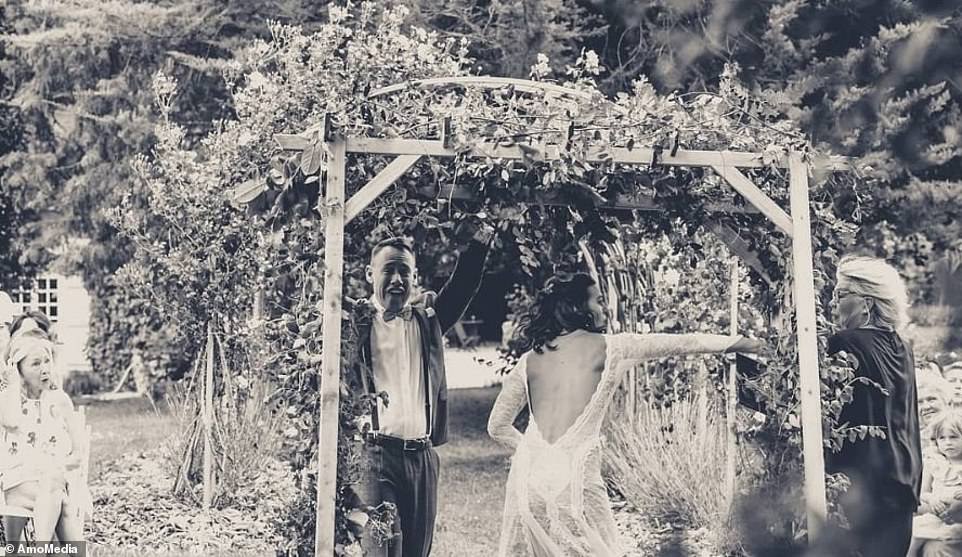 A photographer based in France captured a couple’s desperate attempt at preventing their floral display from falling. 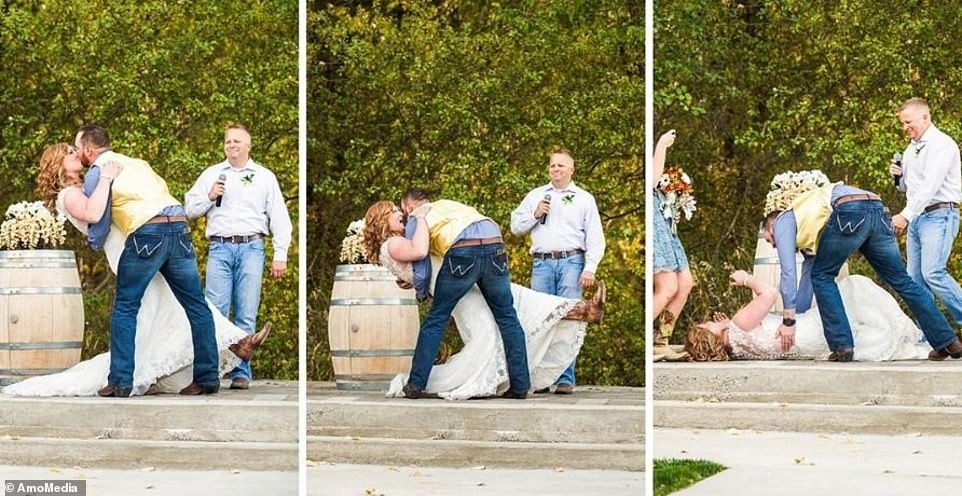 A photographer who lives in Washington shared a hilarious photograph of the bride being dropped during a romantic snap with her groom. 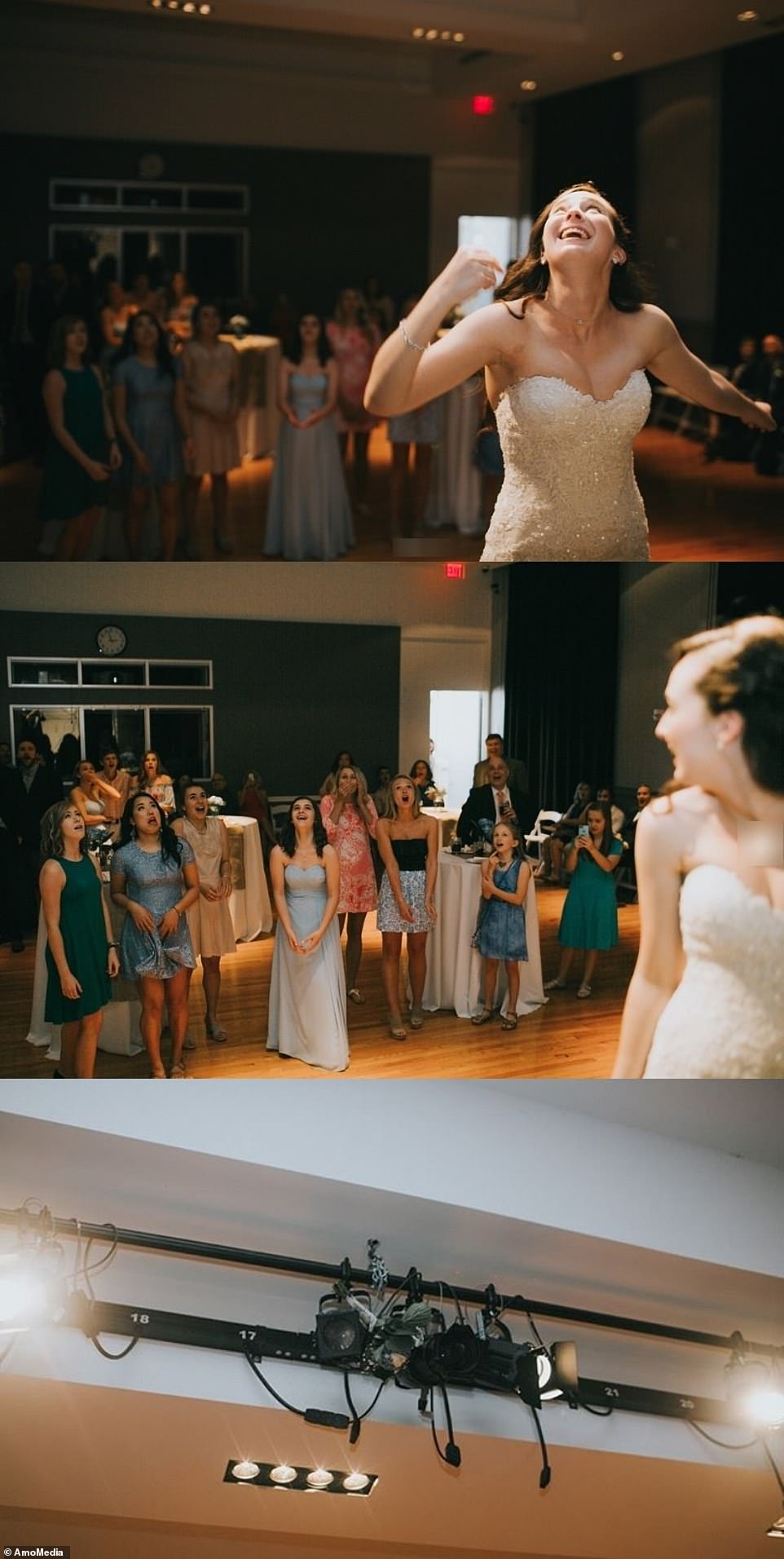 A bride believed to be from the US shared a photograph on Instagram of the moment her bridal party failed to catch her bouquet – because it got stuck in the lights.

'The Little Things': Tortured Cops, Serial Killers, Denzel — What Else Do You Need to Know?