Home » Lifestyle » How Biden has changed the Oval Office so far

President Joe Biden moved into the White House on Wednesday and he’s already made changes to the place to make it more his own. Images of Mr. Biden’s Oval Office show he’s replaced several pieces of artwork, a few statues and the rug.

Although 44 presidents have used the Oval Office before him, it now reflects Mr. Biden and what’s important to him.

A portrait of Benjamin Franklin has replaced one of Andrew Jackson, which was on the wall near the president’s desk during former President Donald Trump’s term.

There are also paintings of former Presidents George Washington and Abraham Lincoln. 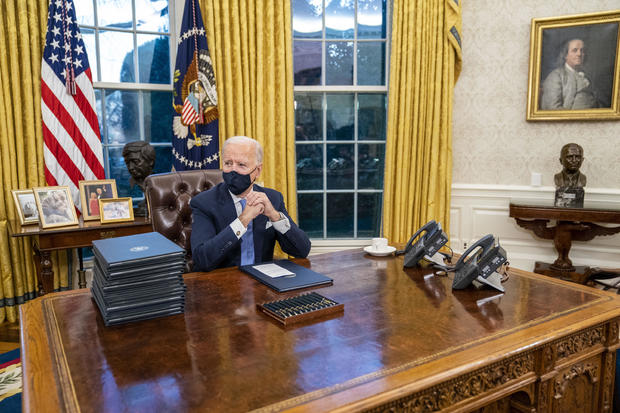 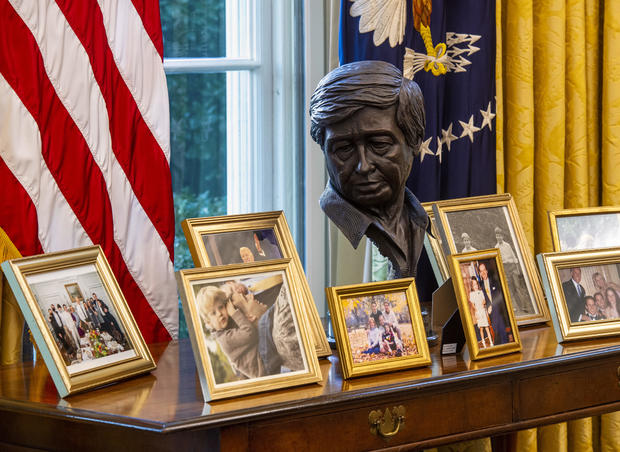 It appears the Mexican-American labor leader made an impact on Mr. Biden, who is choosing to honor Chavez with a sculpture on the table behind his desk, where several family photos are displayed. 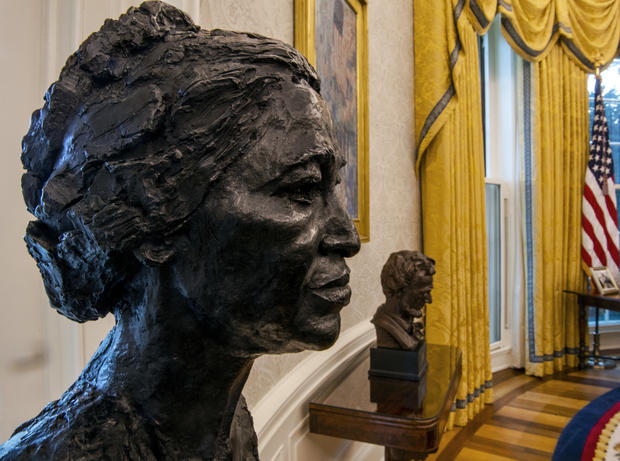 Mr. Biden often recalls the impact of the civil rights movement on America and the need for continued justice today. It was important for him “to walk into an Oval that looked like America and started to show the landscape of who he is going to be as president,” Ashley Williams, the deputy director of Oval Office operations, told The Washington Post, which got an exclusive 20-minute tour before Mr. Biden entered his new space.

Other busts in Mr. Biden’s office include those of Eleanor Roosevelt and former Senator Daniel Webster, according to the Post.

While Mr. Biden made several decor changes, he kept one thing the same: the Resolute Desk. The oak desk was built from materials that were used in the British Arctic exploration ship HMS Resolute.

When Mr. Trump assumed office in 2017, he also chose to keep the Resolute Desk, which was used by Mr. Obama, too. It is the most ornate of the Oval Office desks and its most popular one. 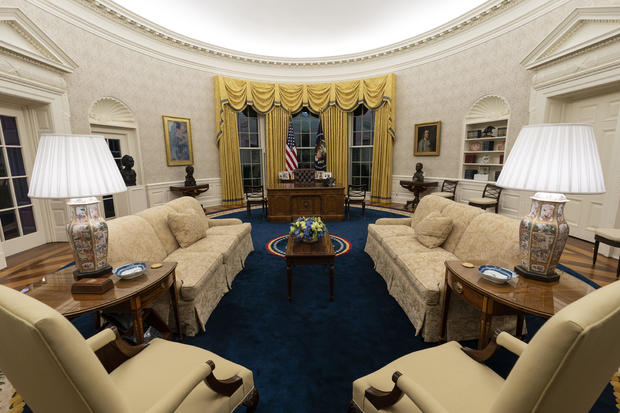 A dark blue rug now covers the Oval Office floor. It was taken out of storage to replace a lighter one used by Mr. Trump, according to the AP.

Who is Jeremy Corbyn, how has Labour fared under his leadership and what is in the party’s manifesto?

Terrifying moment huge flames rip through a Boeing 777 in China