Home » Lifestyle » How Much Is Neil deGrasse Tyson Worth? 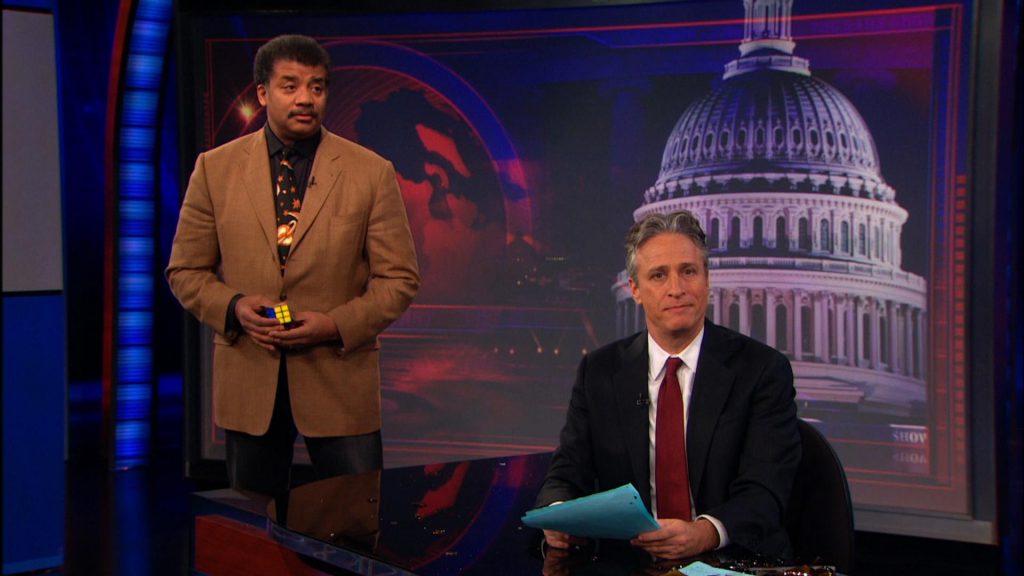 In a time when science is often under assault in America, it’s always gratifying to see scientists become pop culture heroes again. While we’ve seen our share of them in America over the decades (from Einstein to Carl Sagan), Neil deGrasse Tyson is in the same pantheon now.

Astrophysics certainly isn’t something that’s in an average person’s daily conversation. Yet, Tyson has made learning about the universe cool again thanks to his ability to explain things in layman’s terms.

Science-loving Americans find him valuable to maintain our knowledge of the world, though what’s his real net worth?

A true resident of New York City, Tyson was born there and still lives there today. After graduating from Bronx High School of Science, he went on to pursue his dream of being an astrophysicist.

Little did he know that scientists of his caliber had the potential to become celebrities. Only Carl Sagan managed to enjoy such a thing four decades ago. It was this famous astrophysicist who invited Tyson to Cornell University to expand the latter’s scientific education.

From there, Tyson went on to study at Harvard, plus earn degrees from the University of Texas at Austin and Columbia University.

While being an astrophysicist is always a rewarding career, they don’t usually get paid to be top consultants and hosts in the media.

A new career at Hayden Planetarium

In 1996, Tyson took his first major scientific job to apply his skills. It was as director of Hayden Planetarium in New York City where Tyson became a popular figure.

Even though it didn’t pay what he makes now, Tyson has maintained his director role at the planetarium. His love for a real-world science job is more than about money.

By 2000, Tyson oversaw a complete reconstruction of the planetarium and helped raise funds to make it happen.

Making a name for himself in writing science columns

The way Tyson presented his knowledge on a larger stage was through writing columns for Natural History magazine. It was here where he mentioned his famous Manhattanhenge, a scientific phenomena where the sun sets in-between two notable Manhattan streets without obstruction two times per year.

This offbeat but fascinating scientific factoid upped his stature, though only in scientific circles. His contributions to scientific books also received the notice of a Presidential Administration by 2001.

George W. Bush was only a year in office when he appointed Tyson to the Commission on the Future of the United States Aerospace Industry. A few years later, Tyson was heading a Presidential commission on traveling to Mars.

These appointments helped get Tyson better noticed, especially as a science communicator. It didn’t take any more than a few years before he started hosting scientific shows and specials on PBS.

Back then, the role of being an astrophysicist on TV was mainly a singular niche that only attracted a select audience.

Tyson’s hosting duties on the old PBS series NOVA: Origins showed him as an affable host who could make science understandable and even cool to the masses.

What is Neil deGrasse Tyson’s net worth?

Since those early days of being a scientific host on PBS shows, we all know Tyson became an in-demand guest on many shows where scientists don’t usually tread.

He eventually started a popular radio show called StarTalk that attracted many celebrities as guests. Today, he’s still doing this show as a late-night program on National Geographic Channel.

These connections made Tyson ubiquitous on talk shows and even making cameos in sitcoms. His Cosmos: A Spacetime Odyssey revival on Fox Network in 2014 made him a visionary leader in making science an upfront subject anyone can learn.

Thanks to his continuing burgeoning empire as the ultimate scientific ambassador, Tyson is now worth close to $3 million. Even if this seems small compared to other celebrities, his worth and notability will likely grow as we turn to him for answers in a more chaotic world.

If You Actually Believed Kourtney Was the "Least Interesting" Kardashian, Where Have You Been This Year?