“Well guys, it is a bittersweet night for us,” SNL‘s Colin Jost explained during the “Weekend Update” segment.

Michael Che further noted what made the Saturday, October 2, episode — which was hosted by Owen Wilson with musical performances by Kacey Musgraves — so emotional to the cast. 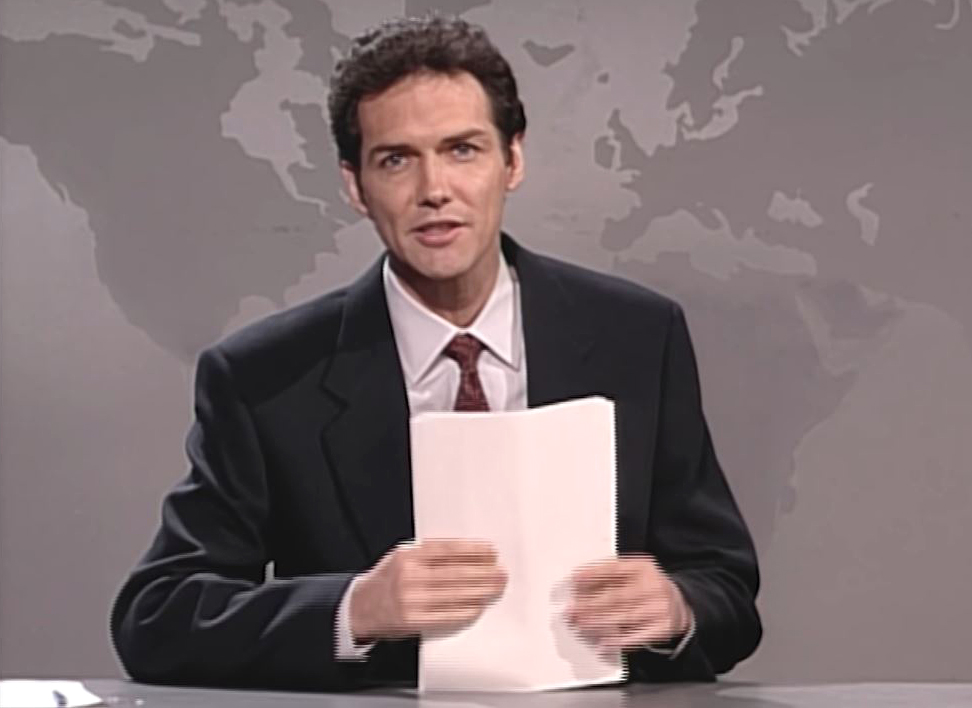 “That’s right, Norm is the reason that I ever wanted to do ‘Weekend Update’ and so tonight we thought we’d turn the last few jokes of Update over to Norm,” the Tom & Jerry star, 39, noted before the show aired a montage of MacDonald’s past “Weekend Update” moments during his SNL tenure.

Other castmates subtly honored the late actor during the show, as well. Jost welcomed fellow SNL star Pete Davidson to the desk to discuss his recent attendance at the 2021 Met Gala one month earlier. While the King of Staten Island actor, 27, regaled the cohosts with his memories from the fundraiser and joked about his viral outfit, he sported a subtle tribute to Macdonald. The New York native wore an airbrushed T-shirt that featured a photo of the late comedian, his name and angel wings. Davidson paired the shirt with an open, purple button-down and a multicolored choker necklace. 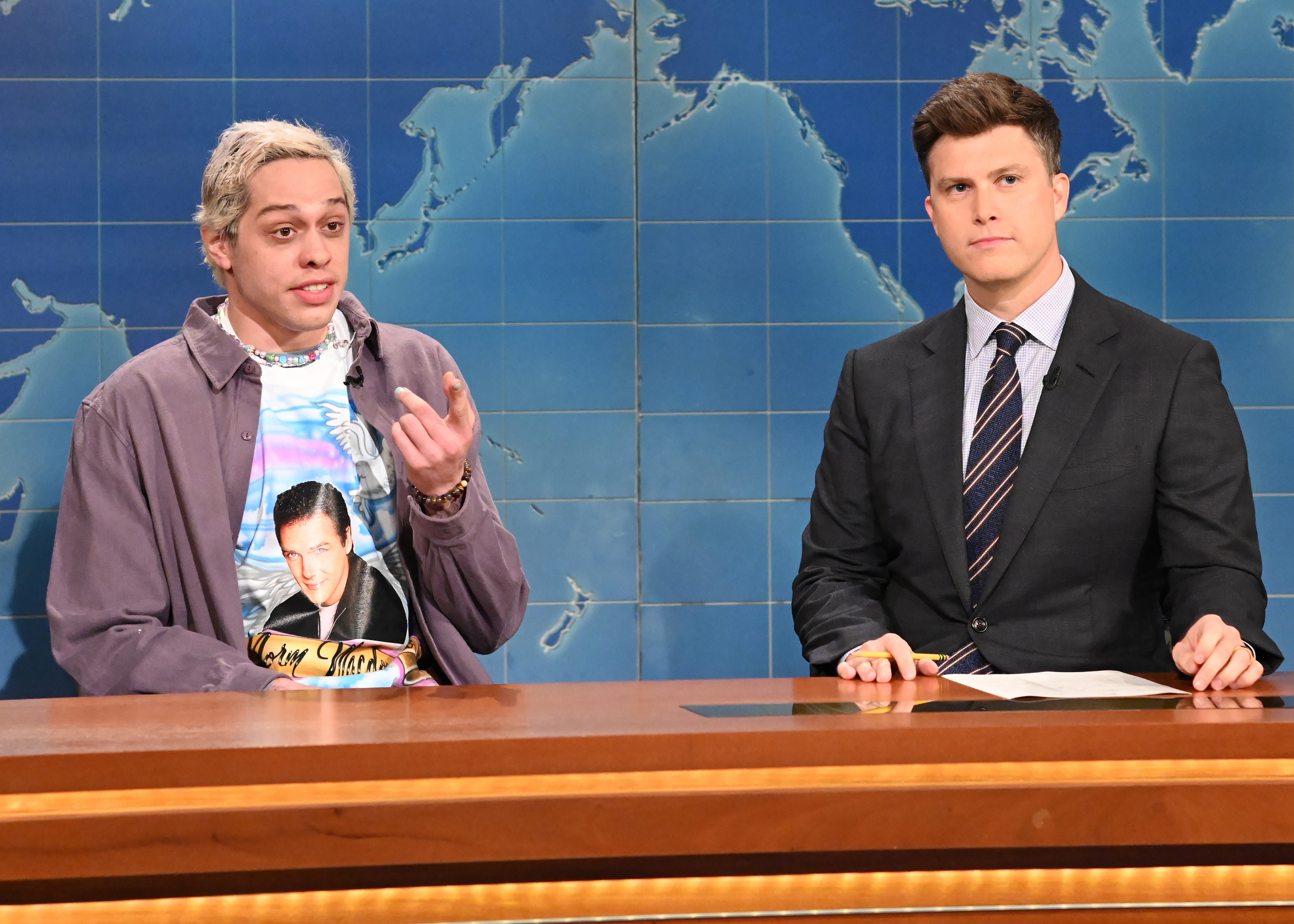 Us Weekly previously confirmed on September 14 that Macdonald — who appeared on the late night sketch show for five years between 1993 and 1998 — had died after privately fighting cancer for 10 years. He was 61.

“He was most proud of his comedy,” Macdonald’s longtime producing partner Lori Jo Hoekstra said in a statement at the time. “He never wanted the diagnosis to affect the way the audience or any of his loved ones saw him. Norm was a pure comic. He once wrote that ‘a joke should catch someone by surprise, it should never pander.’ He certainly never pandered. Norm will be missed terribly.”

Former ‘Saturday Night Live’ Stars: Where Are They Now?

Shortly after news of his death was announced, the NBC variety series tweeted their condolences.

“Today is a sad day,” the show wrote in a social media upload. “All of us here at SNL mourn the loss of Norm Macdonald, one of the most impactful comedic voices of his or any other generation.”

“He was the gold standard, and he will continue to be the gold standard, and I would just suggest that everybody go watch him tell the moth story on Conan,” the former “Weekend Update” anchor, 47, paid tribute to the comedic icon on his Late Night With Seth Meyers talk show. “Go watch any number of Norm Macdonald things tonight because they are really, truly timeless.”

Teyana Taylor on Her New Role as PrettyLittleThing Creative Director: 'No One Can Put Me in a Box'

Love Island star Jack Fowler opens up on dating history as he admits: ‘I get nervous’