FLOGGING your old iPhone, desktop PC and even fax machine could pay for Christmas this year.

The average British home has as much as £679 worth of old gadgets kicking about in old drawers, according to numbers crunched by The Sun. 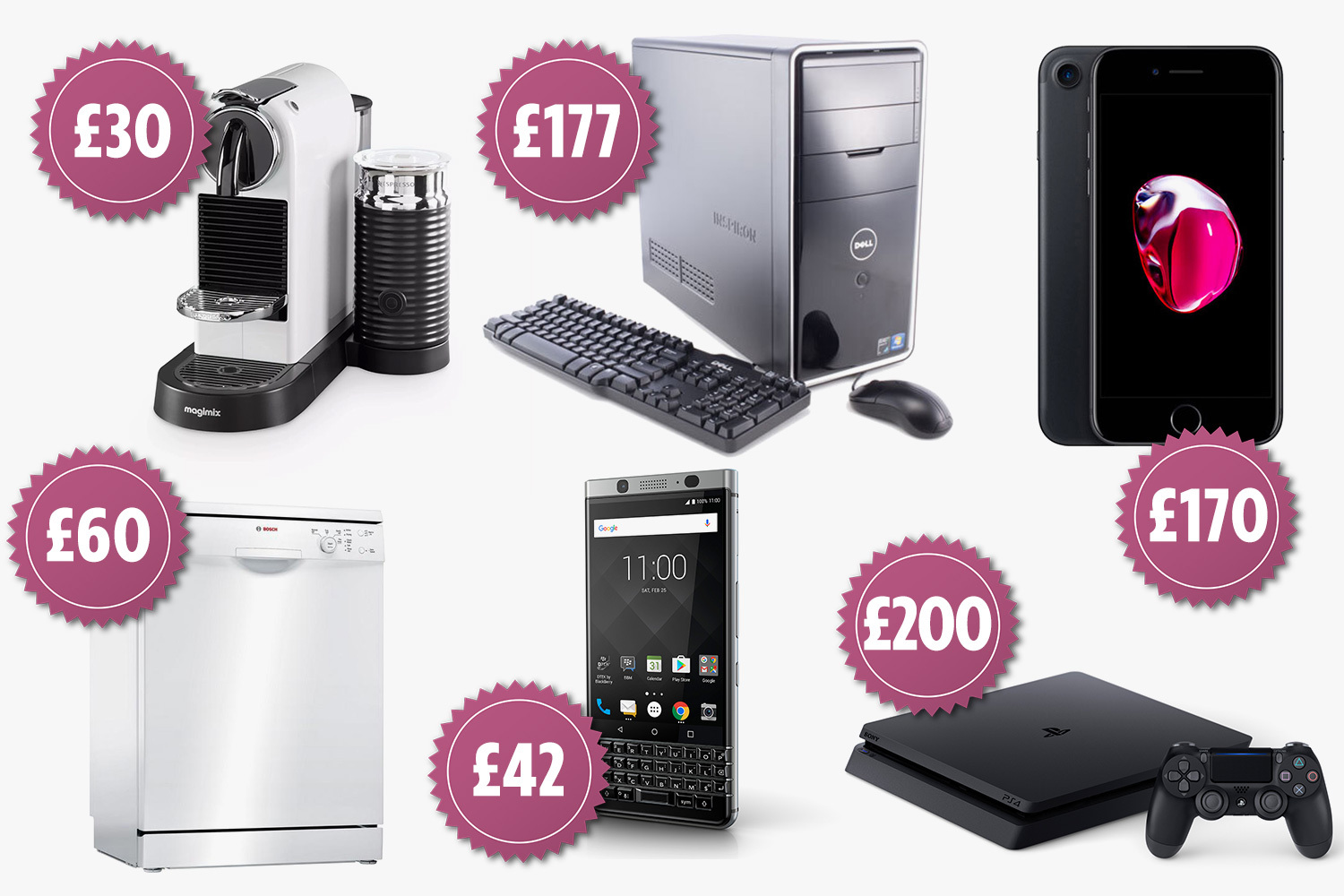 Beloved retro consoles are fetching upwards of £5,000 on eBay.

A spokesperson for the price comparison website said the average family can make more than £600 by selling and recycling the space-fillers.

They told us: "Selling your old tech is a great way to earn a little extra cash, especially with Christmas just around the corner.

"On average, each UK household could earn up to £620 from the unused electricals they have lying around their homes.

"If you do sell any of your gadgets, always remember to make sure you delete any data and personal information from devices before passing on to the new owner."

Websites like Sell My Mobile, Mazuma and Cash In Your Gadgets will recycle or resell appliances, often paying out more than you might expect.

We decided to seek out a few examples that could bag you a combined £679 in time for Christmas.

Here are a few ideas.

An almost 5-year-old 64GB BlackBerry KeyOne in working condition can fetch £42 on Sell My Mobile.

The Android smartphone was the last device ever built by BlackBerry, making it a target for tech fans' nostalgia.

But if your console is working, you can bag £200 for it on eBay.

The slimline PlayStation was launched well over five years ago, keeping its value remarkably well.

And if yours is in good shape, you can take advantage this Christmas.

Desktop PCs may seem old-fashioned, but some are still wanted by recyclers for their valuable materials.

After all, it's the microchip they want.

iPhones are famous for staying pretty high in price up to years after their release.

With the newest models proving so expensive, many consumers would rather wait.

If you're now upgrading to a more recent model and have an old iPhone 7 lying about the house, now might be the time to flog it.

Preowned kitchen appliances are more popular than ever, with delivery slots for new models particularly hard to find at this time of year.

And like desktop computers, their parts are often still worth good money to recyclers.

But if it's time to upgrade – or you just want to go back to rubber gloves and a sponge – a Bosch dishwasher in decent shape could pocket you £60-plus on eBay.

It doesn't sound like much for a home brewer that can cost up to £150 new, but if your coffee machine has better days it can still fetch a decent sum.

Sellers on Gumtree and eBay are flogging Nespresso machines for upwards of £30.

The founder and editor of MoneyMagpie, Jasmine Birtles, told us Brits should also keep an eye out for the boxes gadgets came in.

She said: "Selling an iPhone box isn't going to make you rich, but they're worth more than a few quid on eBay.

"After all, it's not like you paid anything for it."

Other unexpected strange money makers include breast milk and even your own hair.

Jasmine added: "If you buy a Birkin bag, keep it in the attic.

"It's probably a better investment than the stock market."

Still, shoppers have been warned to keep security in mind.

Deleting personal data from sold and recycled devices is key, as information can be retrieved by the devices' new owners.

And you must shop around, not only for the best deal on offer but also for the most reliable websites, too.

Not all will be legit, particularly during scam season.

‘Frozen 2′ Will Have So Many Special Features on Blu-ray!

Living with my in-laws is ruining our marriage