GROWING up Cecilia Adamou had to have multiple surgeries in order to keep her fit and well.

When she was just ten-years-old she was given a heart transplant and can now see her heartbeat through her chest as the organ had been from a 30-year-old man. 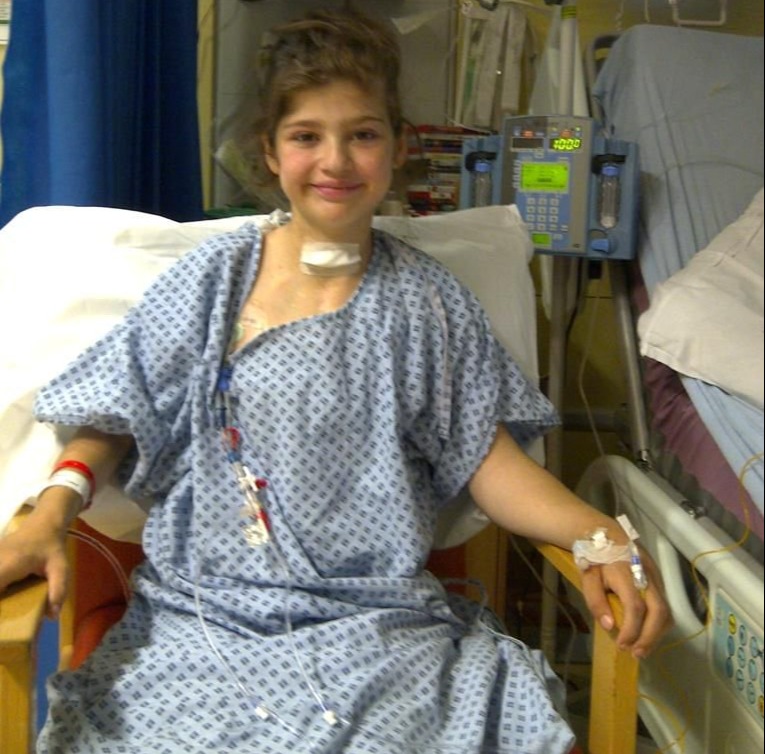 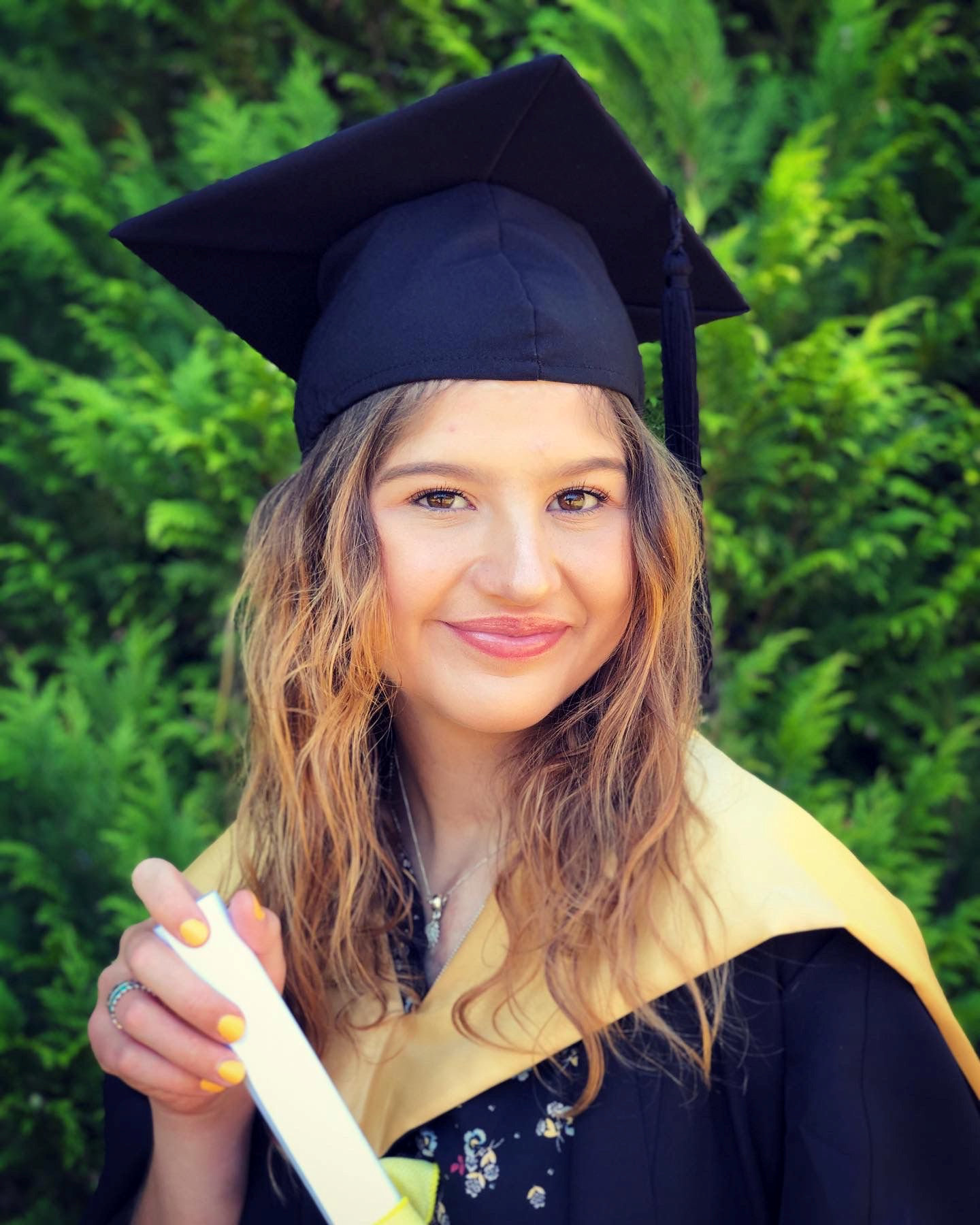 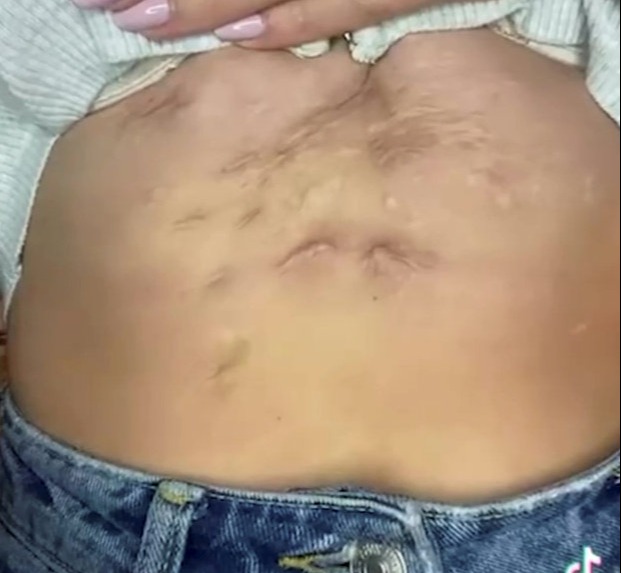 The 22-year-old went viral after she posted a video online of her heart pushing through her rib cage and uses her platform to talk candidly about organ donation, after undergoing both heart and kidney transplants since she was born with a serious health condition.

Cecilia, from Cobham, Surrey, said: "It's always been very special to me, I find it very amazing that I have somebody else's heart inside of me – how incredible is that?

"It used to be much more pronounced, when I had a smaller body it used to keep me awake at night. It's confirmation that my heart's still going, I am quite proud of it!"

Cecilia was born with a serious condition called Atrioventricular Septal Defect with Left Atrial Isomerism, which meant there were holes between the chambers on either side of her heart.

When she was just six-months-old she had minor surgery before going on to have her first bypass at two.

For around six years Ceclia was able to live as a healthy child but soon her heart started to deteriorate.

In April 2010 she was taken for heart surgery which Cecilia said was meant to have made her better. "But it didn't, it made me far worse, to the edge of death," she said.

Her heart hadn’t responded well to the surgery and she suffered a cardiac arrest almost immediately after the procedure.

She reached end stage heart failure and was kept unconscious on full life support in the ICU for months, until it was decided she needed to have a heart transplant.

The social media executive said her parents would come home every night not knowing if she would be alive the next morning.

She added: “A couple of times they got the call saying they had to come in, it's near the end."

Cecilia was then prioritised as the most urgent patient on the Europe-wide organ transplant waiting list.

Before her transplant, two hearts had become available and Cecilia said that her parents had to live through those disappointments – something that they didn’t tell her to later in life.

What organs can be donated and how can you help?

There are a number or organs that you can select to be donated. These are:

NHS Blood and Transplant says there are around 7,000 people on the UK Transplant Waiting List and that last year 470 people died while waiting for a transplant.

The NHS says that a heart transplant may be considered if you have severe heart failure and medical treatments are not helping.

If you want to sign up to become a donor then it takes just two minutes to register.

Luckily, in September 2010 a donor was found and she went in for a 12-hour surgery, during which she suffered another cardiac arrest.

The youngster was on life support for another three months after, suffering kidney failure and nerve damage to her feet that meant she couldn't walk.

She was treated at St Thomas’s Hospital in London and staff would wheel her bed outside so she could see sites such at the London Eye, with her parents Jo and Vas Adamou, 63 and 65 by her side.

Cecelia said there was always hope that she would survive although the situation was ‘bleak’.

She added: "We made friendships and laughed, I was sitting on life support and we were making jokes. They went above and beyond to give me the will to live."

She was home for Christmas 2010, but over the next few years returned to hospital to have a kidney transplant, donated from her mother, and foot surgery that enabled her to walk again.

Ceclia said that why she was a ‘completely different person’ her heart was working.

A few years later in 2014, the family decided to take a holiday to Turkey.

Cecilia got really ill with excruciating headaches, but her doctor gave her the clear to fly.

She continued to feel poorly, but put it down to dehydration in the hot climate, until it got to the point she was vomiting from pain and went to see a doctor.

At first she was  diagnosed with nasal and ear infections, but as she deteriorated further she was booked in for a CT scan of her brain – and was told she had a brain tumour.

Cecilia, said: "Obviously that is a massive shock, my mum nearly passed out, I didn't know what to do.

Cecilia was flown back to London on a private plan and doctors found two tumours in her brain and two in her spine – all of which were all linked to her immunosuppressant medication she took for her transplants.

"At one point they were like 'after everything, this is it, this is what's going to do it'," she recalled.

Cecilia had brain surgery, radiotherapy and chemotherapy, and fortunately all the tumours are now under control. She now has scars all over her body from the many operations.

On the first and eighth anniversary of her transplant she wrote letters to the family of her donor.

She received a response from his father and said: "That was amazing, it definitely cemented the fact that I had someone else's heart inside my body and that this heart had lived two lives.

"As a youngster my main focus was going back to school, I didn't really think about it that much.

"I had a heart from this entity, this figure, but I learnt his name, I learnt about his family and was like 'that's a real person' "He liked collecting things which is weird because I always collected things, he collected stamps and when I was little I collected dolls."

Cecilia can even see her heart beating through the scar in her chest. She said: "I think it's because when they put the heart in me I was a tiny malnourished 11-year-old girl with a middle aged man's heart."

Transplants are carried out by surgeons and before the operation the surgeon will assess the size of a transplant as well as blood and tissue suitability.

For Cecilia, her beating heart is a physical reminder that she is alive.

She posted a video of it on her TikTok account which went viral, and brought in comments from other transplant recipients and their loved ones.

She said: "It's lovely hearing about other people's stories, as there's always little worries.

"I want to encourage more people to sign up to be an organ donor, even though it's opt out, something people don't know is your family will always have the last say.

"It's really important you tell your family of your wishes and have this conversation, if your parents say no it can't happen." 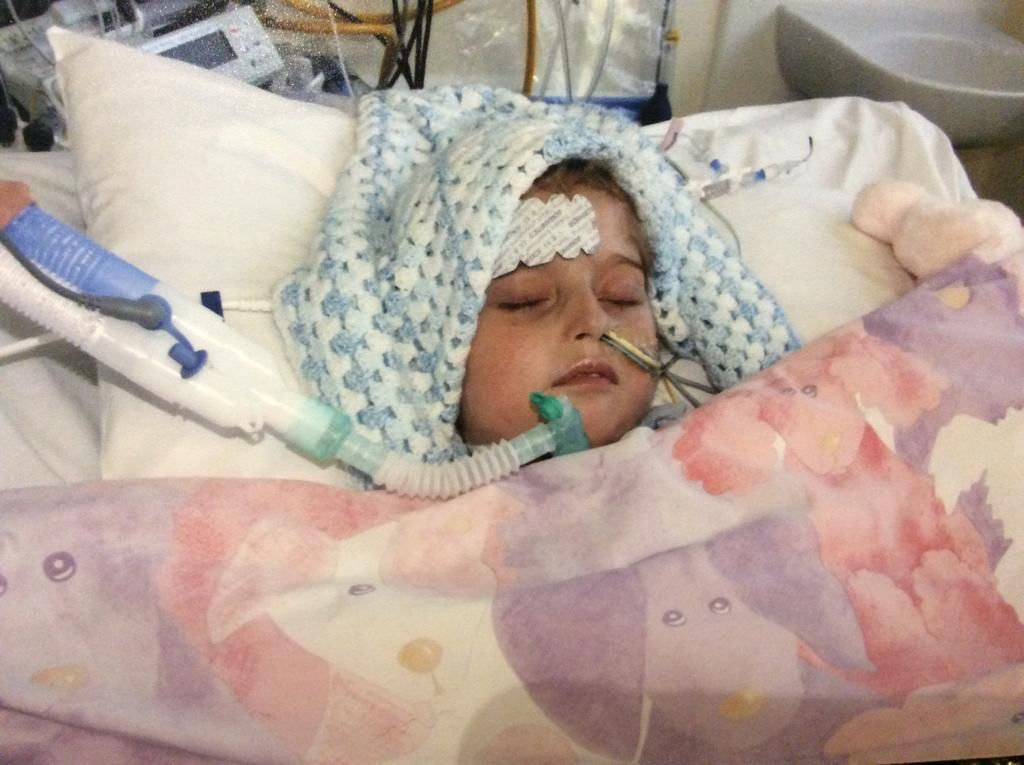 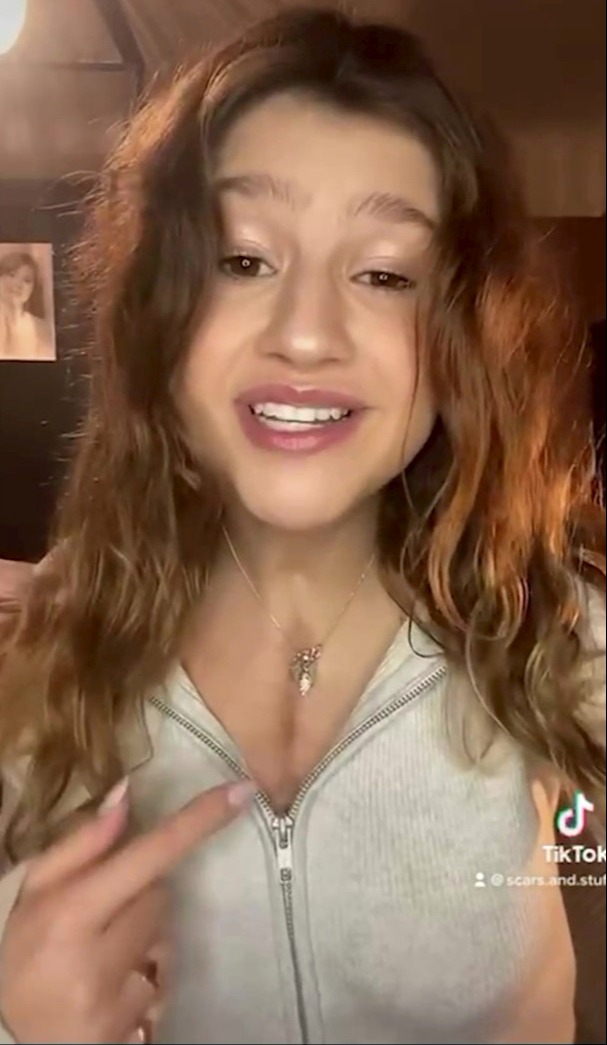 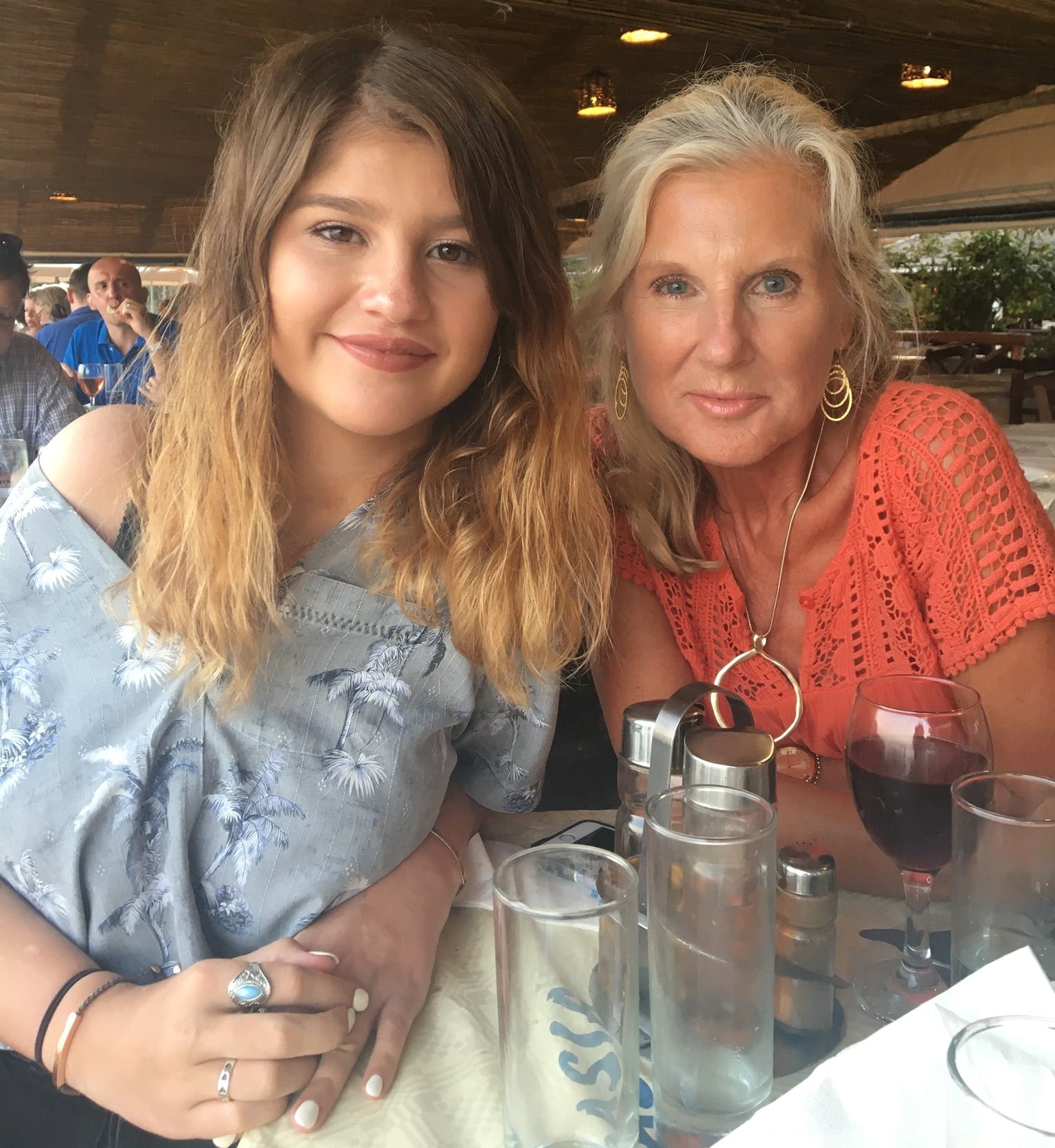 Who invented the TV?