Home » Lifestyle » 'I Do'! Beanie Feldstein Is Engaged to Girlfriend Bonnie Chance Roberts

Celebrity Engagements of 2022: Stars Who Got Engaged This Year

“I do, bon,” the Booksmart actress, 28, captioned an Instagram slideshow on Thursday, June 23, alongside photos of the romantic proposal. One snap showed Roberts on one knee, while another featured Feldstein bending down in shock.

Feldstein gushed over her soon-to-be spouse in an Instagram Story, sharing her initial announcement with an ABBA song playing in the background. “@bonnie_chance you make me happier than I knew was possible,” the Broadway star added. “I love you.”

The Lady Bird actress met Roberts in 2018 while working the movie How to Build a Girl, in which Feldstein starred as Johanna Morrigan. Roberts, for her part, was a producer on the flick. The twosome made their romance Instagram official that fall.

“I took this photo of @bonnie_chance the night I knew I was in love with her,” Feldstein captioned a sweet birthday tribute in December 2018. “She made fun of my bowling skills and then belted karaoke loud enough for all of london to hear her. She’s the brightest, silliest, warmest, most loving woman and I can’t believe she’s mine. Happy birthday, bon. You deserve the world.” 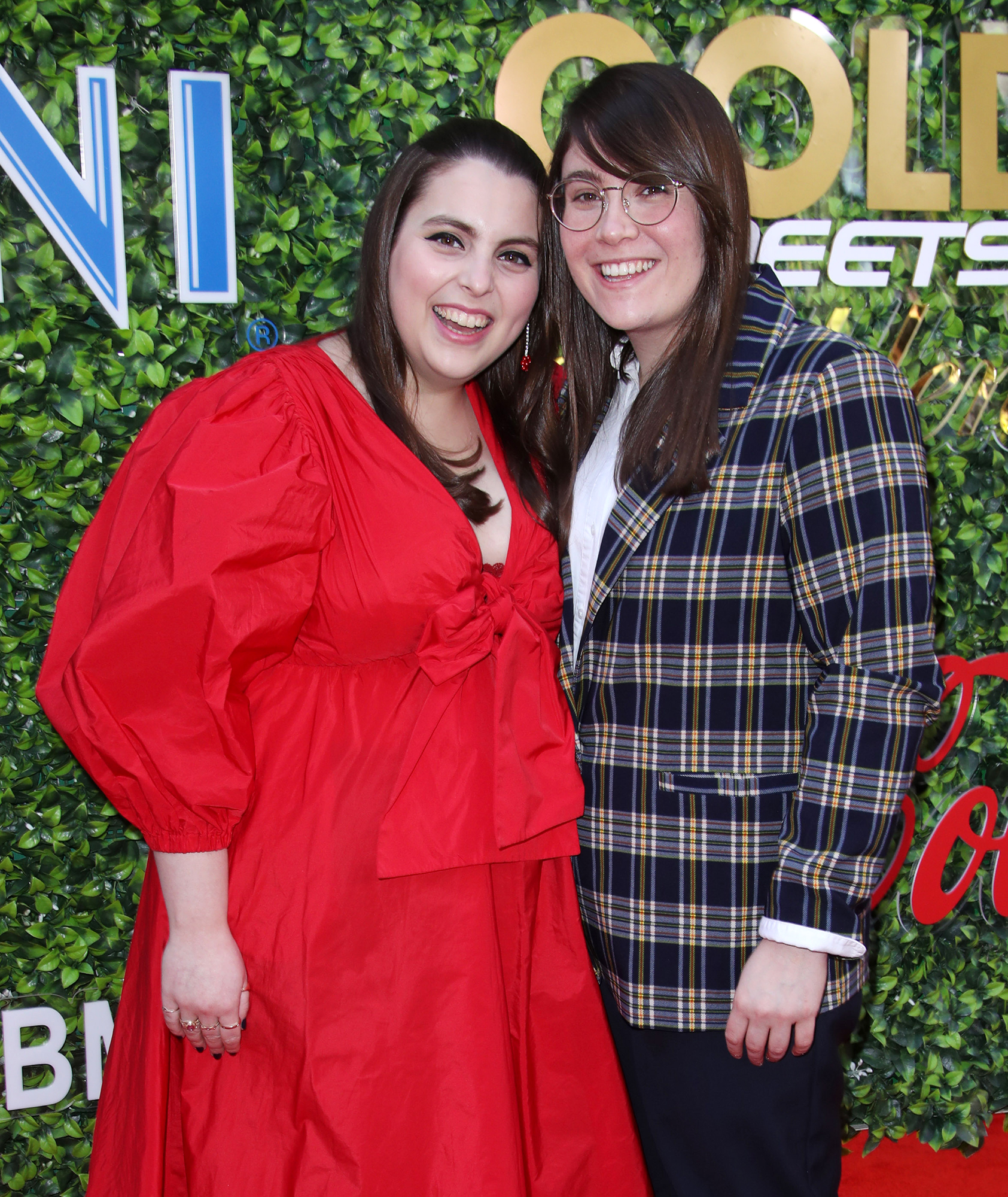 In August 2020, the pair marked their second anniversary, and the Golden Globe nominee later hinted at what the future might hold for her and Roberts. “Sixteen years from now I hope to be living in New York City or London, married to my girlfriend, and have babies and puppies running around while we both make movies, shows, and plays that feel meaningful and exciting and profound,” she told Bustle in June 2021.

The American Crime Story: Impeachment actress previously opened up about hoping her movie Booksmart made an impact on the LGBTQ+ community. Olivia Wilde‘s coming-of-age film features Kaitlyn Dever as a queer lead.

“My partner is a woman,” Feldstein said during a 2019 panel. “There’s a love scene between two girls and they’re fumbling with their sneakers and they can’t get their jeans off. All of those moments, they make me tear up because representation is really important. … I think if I could have seen our film earlier, I would have found myself a bit sooner.”

News of Feldstein’s engagement comes shortly after her departure from Broadway’s Funny Girl was announced. The California native currently stars as Fanny Brice, a role originated by Barbra Streisand, and will exit the production in September.