A huge radio telescope in Puerto Rico that has long played a key role in astronomical discoveries collapsed on Tuesday, officials said. The Arecibo Observatory, made famous as the backdrop for a pivotal scene in the James Bond film “GoldenEye” and other Hollywood hits, had been shuttered since August after an auxiliary cable snapped and caused a 100-foot gash on the reflector dish.

Then a main cable broke in early November, leading the National Science Foundation to declare just weeks later that it planned to close the radio telescope because the damage was too great.

Many scientists and Puerto Ricans mourned the news, with some tearing up during interviews. Deborah Martorell, a meteorologist in Puerto Rico, tweeted early Tuesday: “Friends, it is with deep regret to inform you that the Arecibo Observatory platform has just collapsed.”

It was the second largest radio telescope in the world and had been operating for more than half a century.

Operated by the National Science Foundation through the University of Central Florida, the iconic observatory was made up of a fixed 1,000-foot-wide dish antenna built into a bowl-like depression that reflects radio waves from space to a 900-ton instrument platform suspended 450 feet above by cables stretching from three support towers. 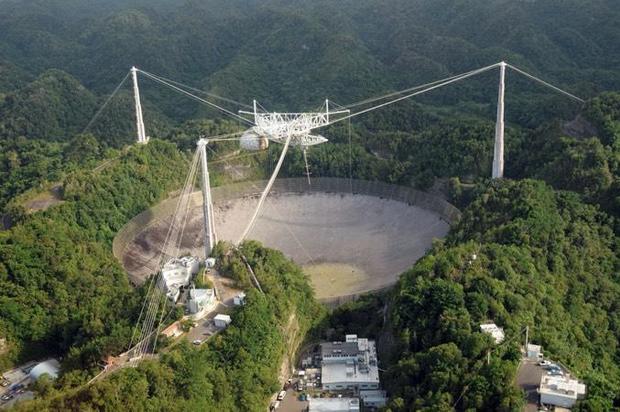 For 57 years, the observatory played a leading role observing deep space targets, bodies in the solar system and, using powerful lasers, the composition and behavior of Earth’s upper atmosphere.

Before its collapse, the observatory withstood hurricanes and earthquakes, and played central roles in movies like “GoldenEye” and “Contact.” 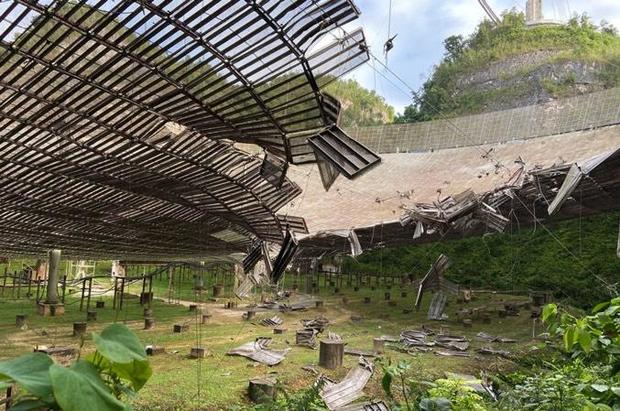 Bill Harwood contributed to this report.