Home » Lifestyle » ‘If we can do it, the Australian government must’: Thousands of Australians await repatriation

A Sydney businessman who arranged a series of charter flights to rescue Australians stranded in India says if a private citizen can do it, the Australian government should be able to do more for the thousands who remained trapped in countries where borders have closed as a result of the coronavirus pandemic.

Dr Jagvinder Singh Virk said when it became clear a government-organised Qantas flight out of Delhi would not eventuate, he and a few others began to search online to see if charter companies were able to arrange for a Lion Air plane to take 444 passengers from Delhi to Melbourne at a cost of $2300 per ticket. 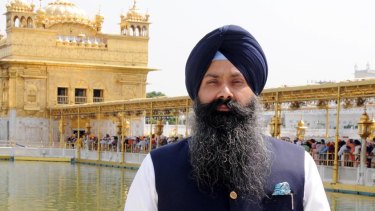 But thousands more remain stranded in countries including in Saudi Arabia, the Philippines and India, with diminishing options for them to return.

Australians stuck in the Philippines after having flights home cancelled last month say many are still uncertain that they will be able to board a repatriation flight from Manila – despite a number of domestic flights offered from regional centres.

More than 1300 Australians have registered their interest in repatriation with the Australian embassy in the Philippines.

One of those, businessman Michael Armstrong, said he was fortunate to have secured a $1000 seat on a special Philippine Airlines flight to Melbourne. But he said the Australian government "has been very slow to respond" to the crisis and people who have run out of money waiting for assistance feel "abandoned".

In Saudi Arabia, about 300 Australians facing a $6000 flight home received some positive news on Monday, with Qatar Airways reintroducing daily flights between Kuwait and Doha, bringing the estimated total cost of the proposed repatriation flight to under $4000.

On Monday, Dr Virk confirmed that another two flights would depart this week to bring Australians home from India. But he said he would only be able help 2000 Australians return home over the next 10 days.

He urged the Australian government and Foreign Affairs Minister Marise Payne to "send the planes on a nominal price to India" where up to 8000 more Australians were seeking an affordable repatriation option.

Sarah Sugden could die after refusing any more treatment on Emmerdale