Home » Lifestyle » In a decade of reality television, have we learned anything at all?

In the end, no one could stomach another season of My Kitchen Rules. Seven’s home-chef reality-television show was a ratings behemoth from 2012 to 2016, when it regularly drew a national viewing audience approaching 2 million, but it plateaued, then plummeted. Banter became bitchiness, personalities trumped plates, and everything had a bitter taste by this year.

Cancelled last week, My Kitchen Rules debuted on February 1, 2010, a distant time when Packed to the Rafters led the way for Australian drama and Grant Denyer looked exactly the same as he does now. The rise and fall of My Kitchen Rules is a framework for the first decade of reality-TV formats being the dominant force on commercial television. The titles change, but the system endures. 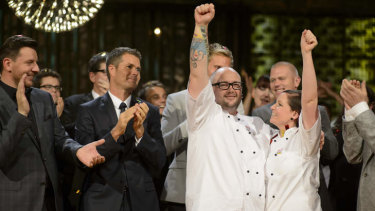 What have we learnt in those years? A sizeable segment of the nightly national viewing audience for the five broadcast networks likes the reality-TV format, whether as a peppy stimulant or minor satisfaction (counterpoint: those who don’t hate it). It’s roughly a large enough base to simultaneously support thriving series on two commercial networks, which unfortunately is a cut-throat proposition given we have three commercial networks.

The competition is acute, tastes evolve, and imitation is rife. When Ten’s MasterChef was top of the pile, cooking shows proliferated until the dough no longer rose; and when Nine’s Married at First Sight made shotgun weddings and wine-soaked debriefings the next big thing, relationship shows popped up quicker than the Instagram accounts of participants. No one’s ever been able to radically extend the reality parameters – cooking, home renovation, dating and voting people out on a tropical island while half-starving remain the constants.

Reality TV is the closest that television comes to the like-based economics of social media, which is one of the reasons why they tie together with such salacious ease; the outburst clip or epic-fail highlight are suited to social media’s brief bright glare (same goes with the recap outlook of Gogglebox). That’s also why it sometimes feels as if there’s a fine line between the ludicrous and the terrible – bad faith propositions can be the key moment in an episode, and segment producers are never short of opportunity. 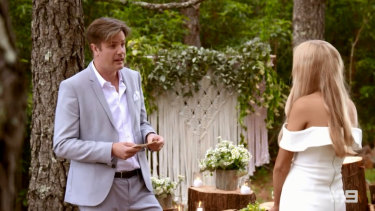 There was love and drama and ratings galore on Married at First Sight.Credit:Nine

If we haven’t been able to fundamentally change reality TV, then perhaps it’s begun to change us. I don’t believe the rise of reality TV, where having a covert agenda is celebrated and the individual who refuses to back down often wins through by force of will, hasn’t somehow changed the public discourse. A microcosm society on the screen peppered with confrontations, where there are winners and the losers aren’t literally seen until they cheer at the finale, will seep through into our society as a whole. 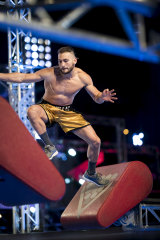 The new hits are self-contained – intent on not burning out audiences. The piety and punishment that underpins Seven’s SAS Australia and the sideshow athleticism of Nine’s Australian Ninja Warrior feel more like palate cleansers than the non-stop succession of singles that rotate through the various back-to-back iterations of The Bachelor and The Bachelorette. Sometimes, the trashiest reality-TV shows conversely feel like the most genuine of the pack – yes, I’m shaking my head in bemused acceptance at the thirsty antics of Love Island Australia.

Evergreen successes such as The Block on Nine adapt to feedback, but increasingly innovation is a matter of style and not format. The touchstone for the relaunched Junior MasterChef on Ten – a spin-off not attempted for nine years – is the whimsy and wonder of children’s movies, whether it’s Willy Wonka and the Chocolate Factory or the early, pre-insurrection adventures of Harry Potter. The glitz and clues of Ten’s The Masked Singer are a luxury mystery teetering on absurdism. 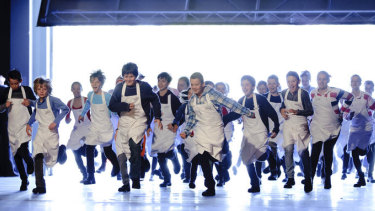 The Masked Singer is based on a South Korean format, while Survivor, ground zero for reality TV when it topped the American ratings in 2000, is based on a Swedish series. Perhaps the future of reality TV lies in sidestepping American dominance. Then again, maybe the future is Seven’s forthcoming miniature golf competition Holey Moley. Either way, after a decade of dominating prime-time on commercial networks – and influencing the lifestyle and documentary commissions at the public broadcasters – reality TV will be even more voracious in its next decade.

Put me down for a My Kitchen Rules reboot by 2024.

Is 'God Friended Me' Canceled or Renewed for Season 3?