From a railway track covered in greenery to a desert home half-buried in sand, a photographer has shared amazing snaps of abandoned buildings that have been reclaimed by nature.

Urban photographer Romain Veillon, from Paris, has travelled the world taking pictures of disused buildings that have been taken over by the natural world, in some cases fostering entire eco-systems inside.

Veillon, who gained international fame with his first book Ask The Dust, is back with a second book, entitled Green Urbex: The World Without Us, released by the French publishing house Albin Michel. Highlights are featured in an online gallery by Bored Panda.

One shot shows a rollercoaster almost completely concealed by the untamed trees that have grown around it. Another shows a French chapel overtaken by weeds.

Here, FEMAIL reveals the best snaps, including an old library that is buried beneath dirt.

Urban photographer Romain Veillon , from Paris, has travelled the world taking pictures of disused buildings that have been taken over by the natural world, in some cases fostering entire eco-systems inside. Pictured, in France, the chapelle de l’Ange au Violon (The Violin Playing Angel Chapel) has welcomed the natural creeping of grass and weeds on its stone floor 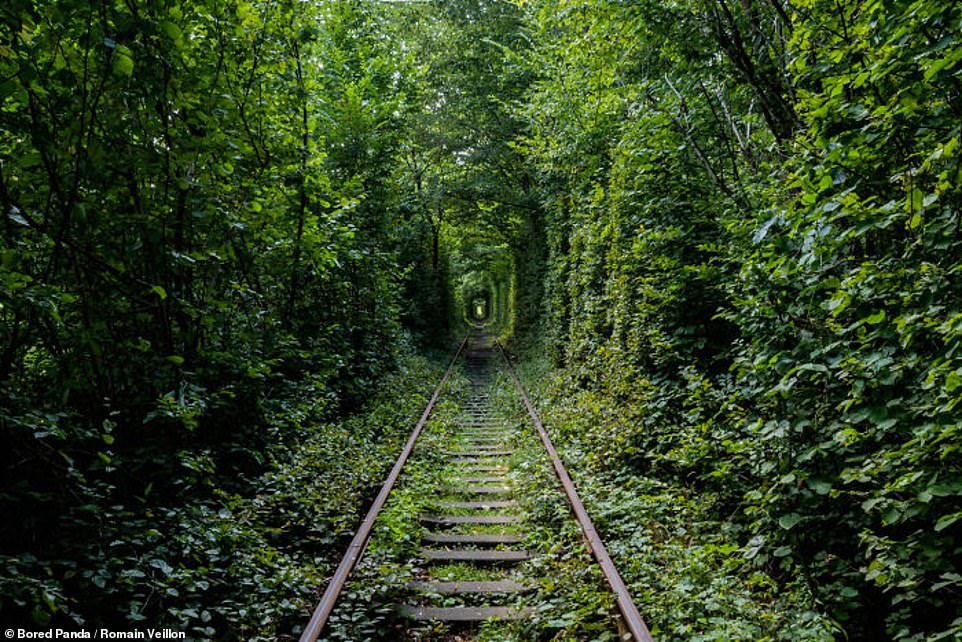 What a ride this would be! These railway tracks have been completely encompassed in greenery that has formed a stunning tunnel 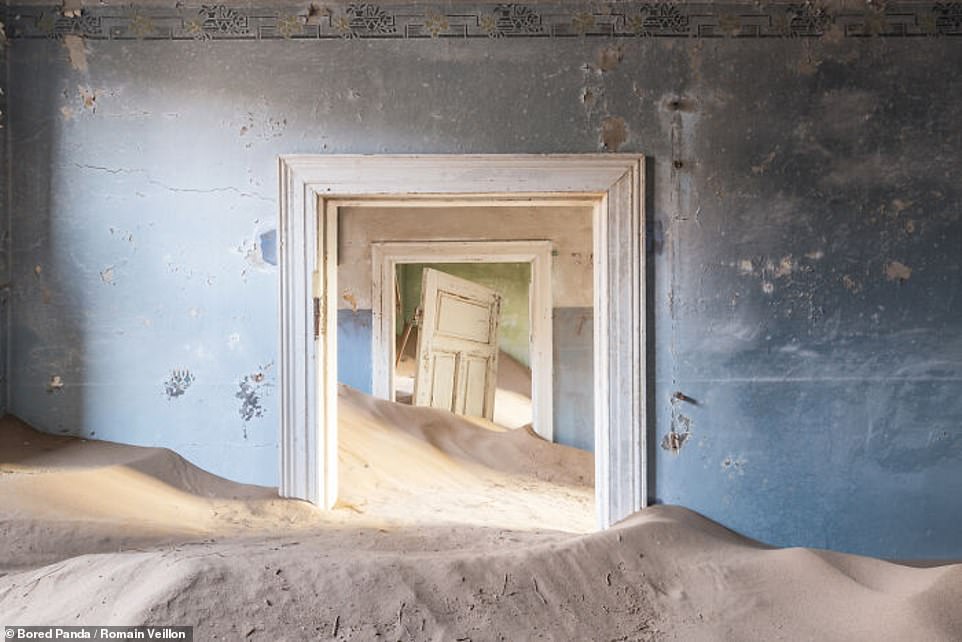 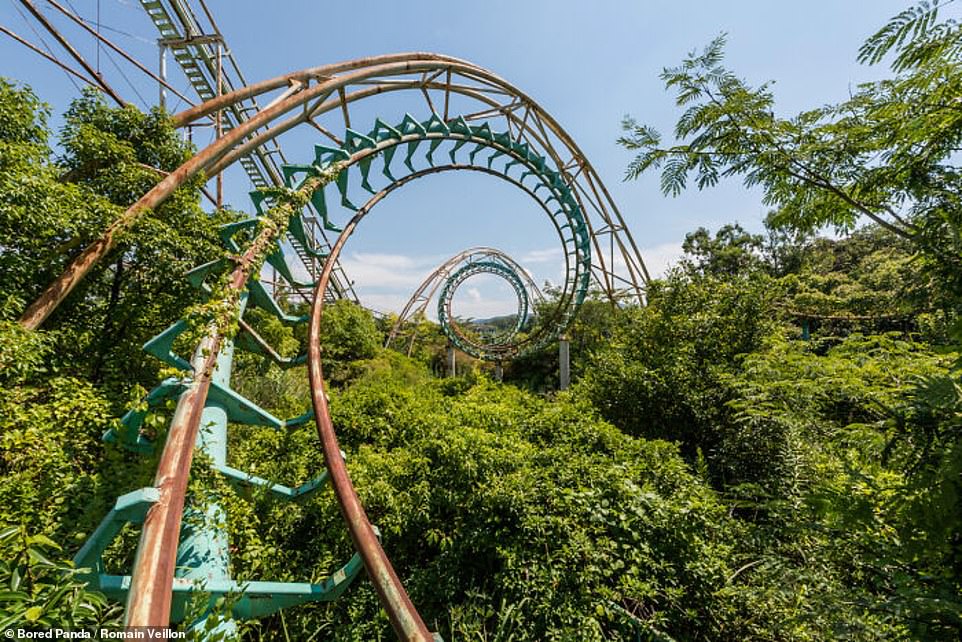 This slightly eerie yet breathtaking view of an old rollercoaster amid the trees looks like the perfect playground for a monkey. It is located in the abandoned ‘Dreamland’ theme park in Japan 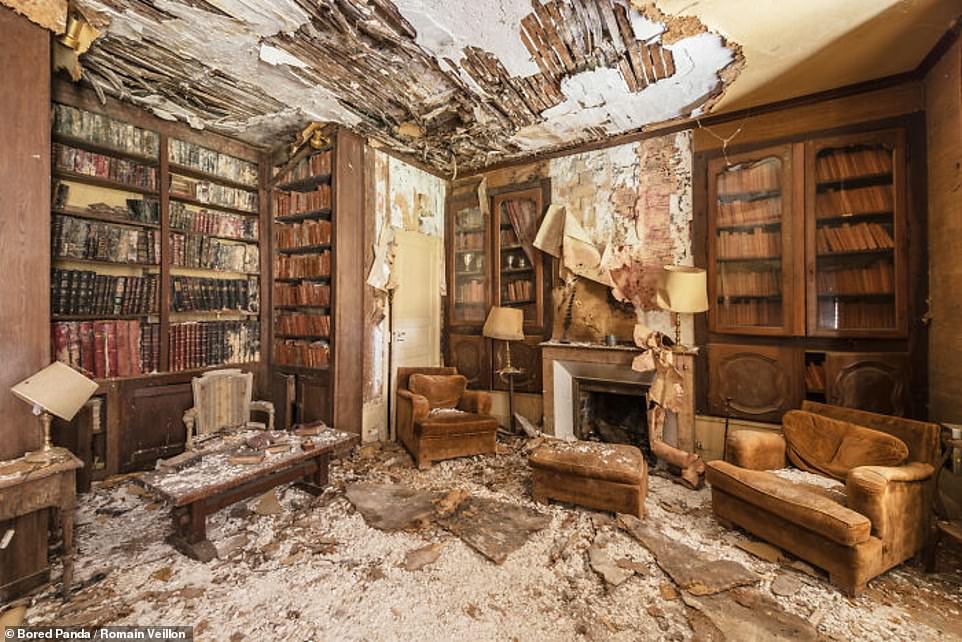 This old building full of books has a delightful charm, and the armchair still looks quite comfortable, in spite of the ceilling falling apart 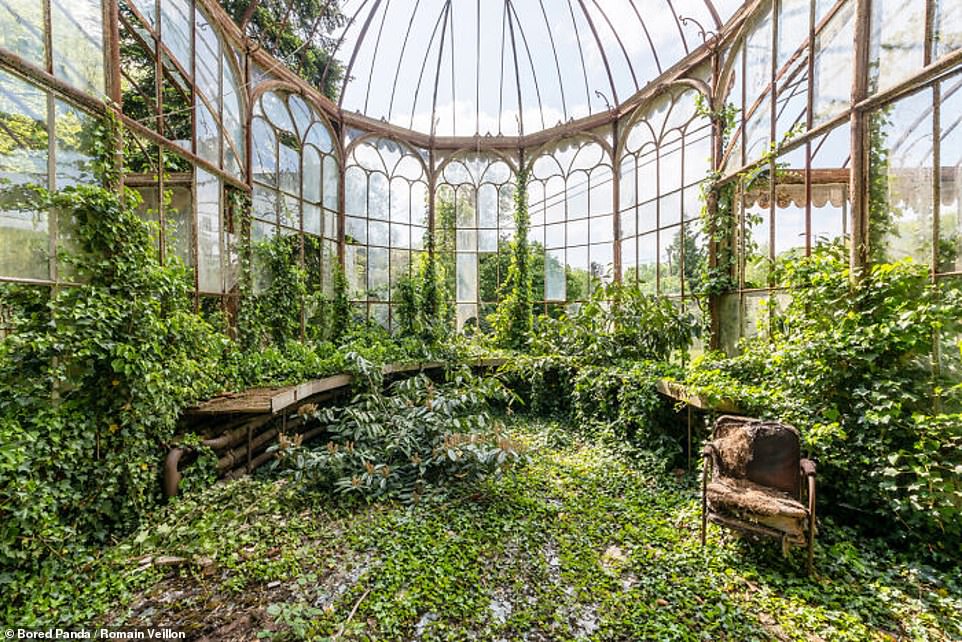 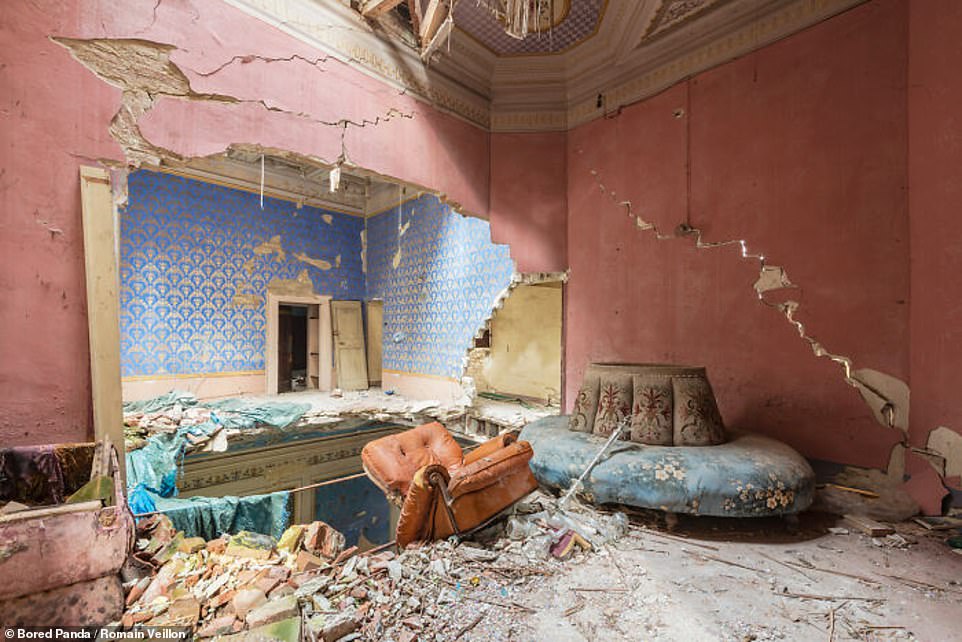 This old mansion in Italy can barely contain the furniture that’s falling through the floor, but it’s still reminiscent of a time when ladies would flounce over the embroidered bench 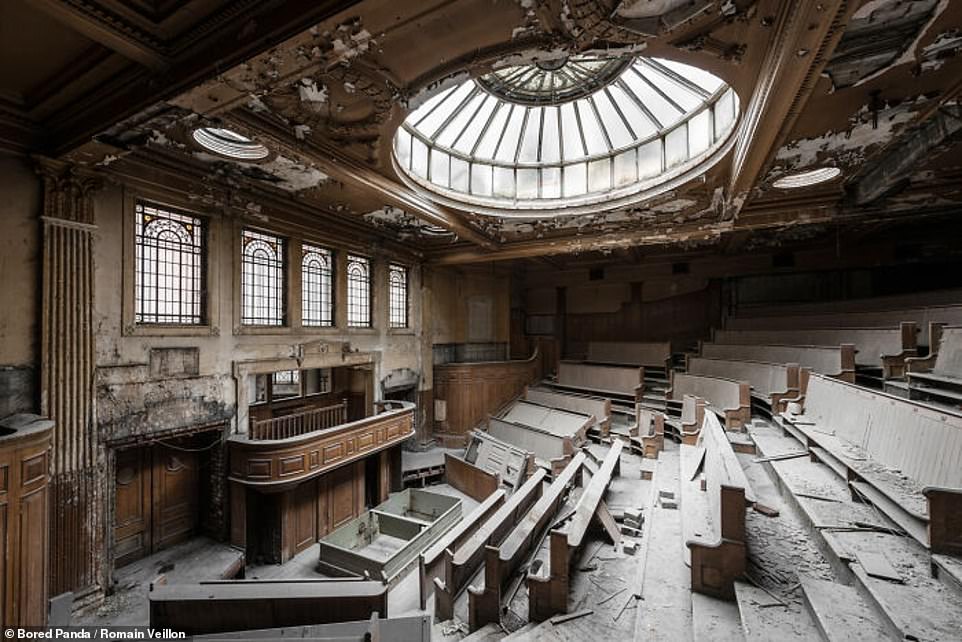 Romain also photographed the Liverpool Fruit Exchange, which has also been abandoned for decades and is now covered in dust and debris 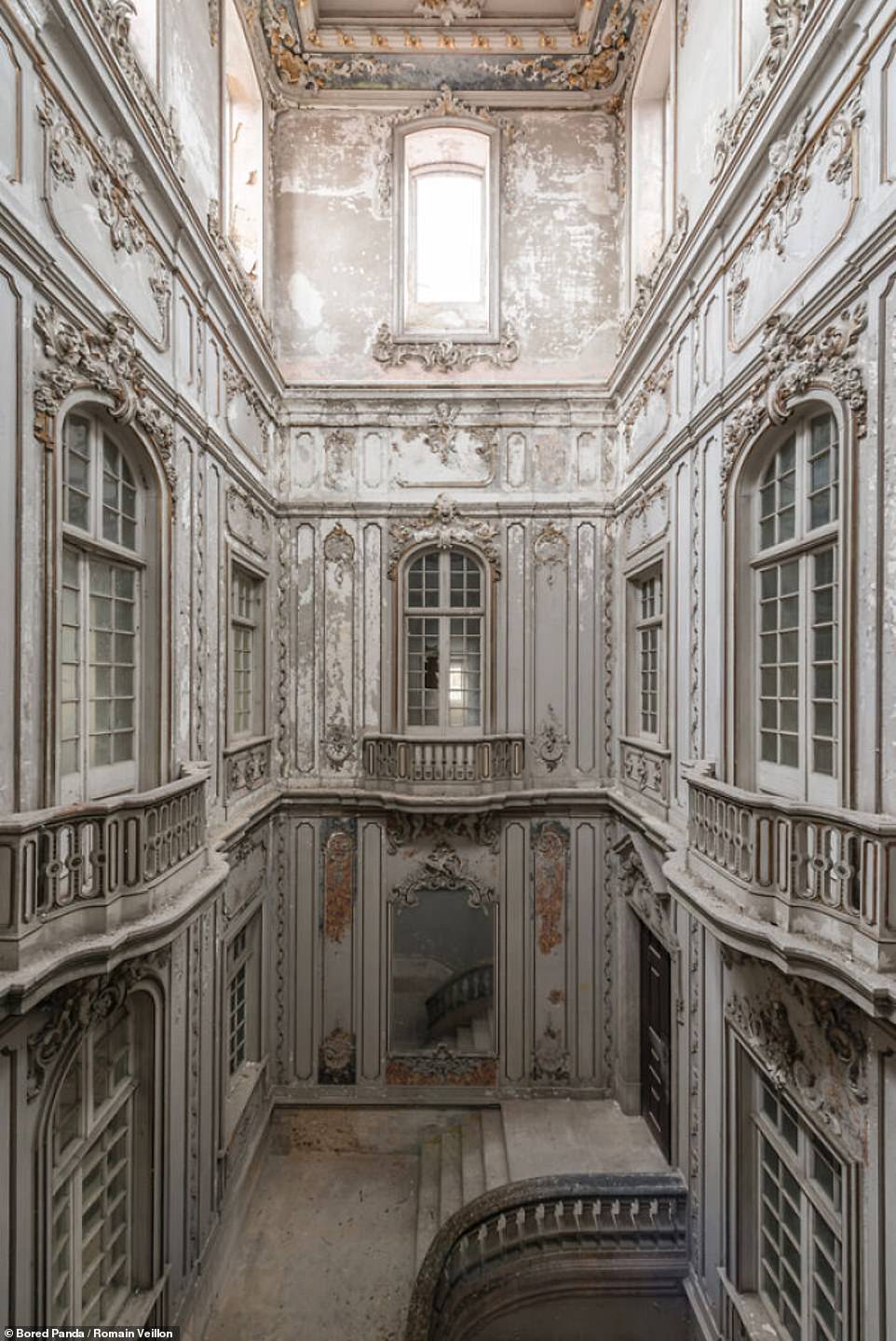 Azin Historical House, pictured, was designed by Ravagh Atelier in Kashan, in Iran. It still upholds a sense of glamour through the dirt 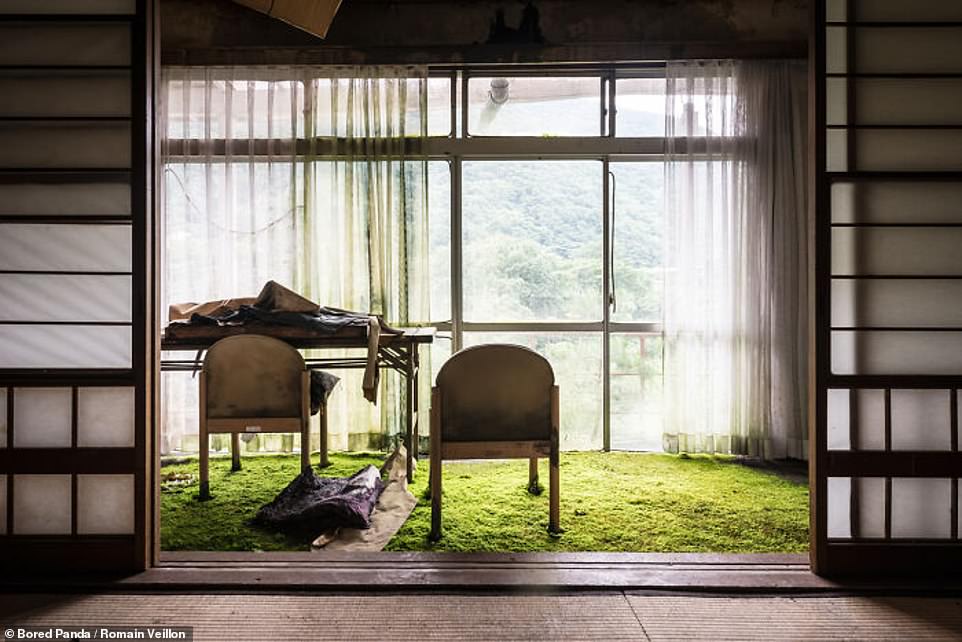 This wonderfully grass carpeted balcony almost looks like a purposeful stylistic choice by an interior designer. It was photographed in Japan 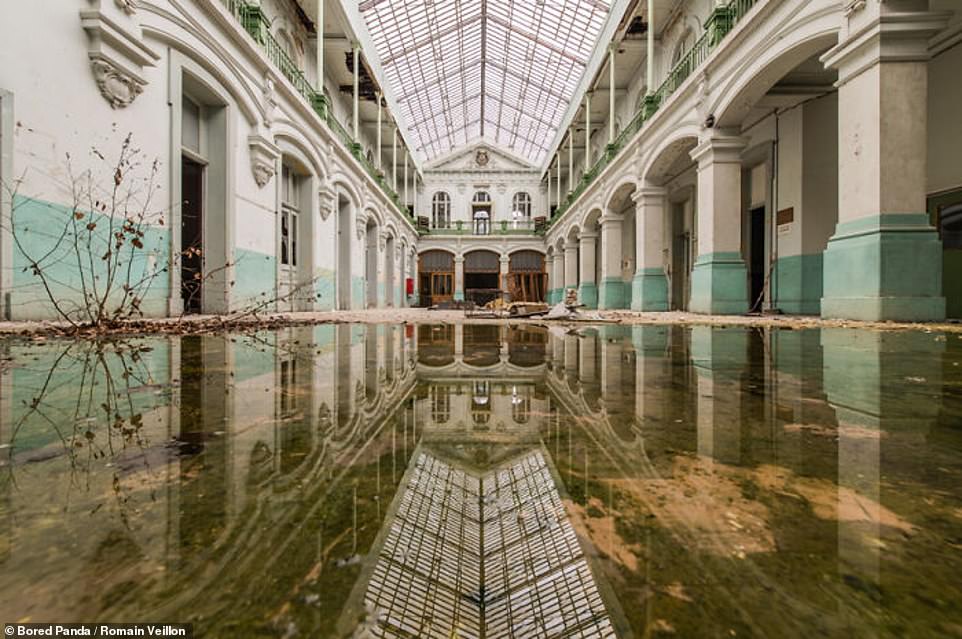 Anyone fancy a swim? This room, while now shabby and run down still reeks of glamour and sophistication in spite of being flooded with water 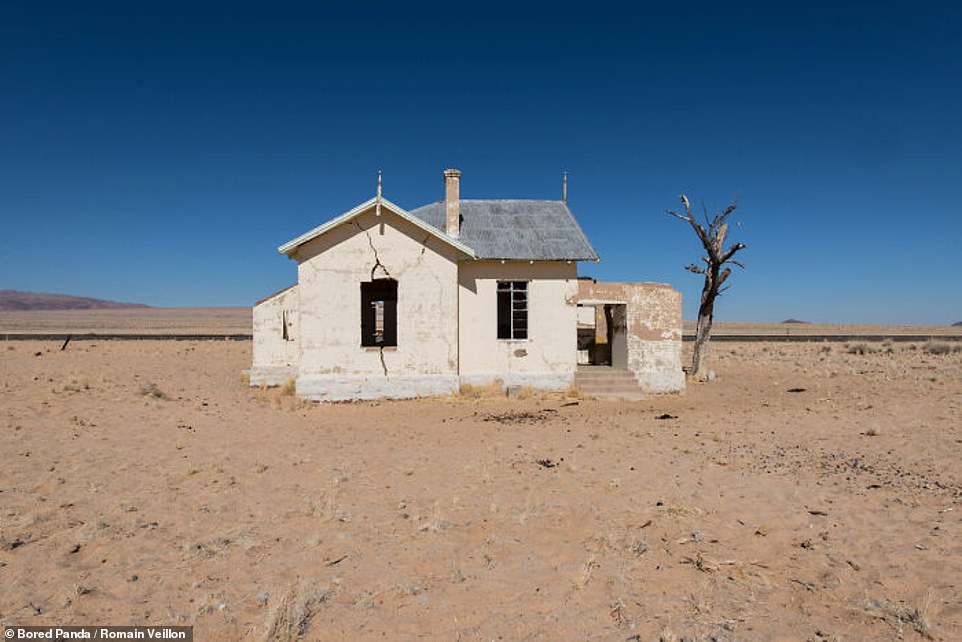 In the Namib Desert, The Sperrgebiet National Park hosts abandoned houses similar to this one, pictured, which are covered in sand and cracks

iPhone 11 to be launched at Apple event next month

When is Netflix’s cheap new plan with ads out? How is it different?