Inside the $18million ‘beach shack’ hidden between SAND DUNES – complete with six bedrooms, an ‘entertainment floor’ and spectacular ocean views

An incredible beach shack built into sand dunes has wowed with its spectacular concrete dome exterior complete with a unique display of scrubs and plants.

The property, which is built into dunes above a beach in Noosa on Queensland’s Sunshine Coast, boasts nine bathrooms and six bedrooms across three levels.

The home, which was completed last year, was designed by Brisbane architect Noel Robinson and reportedly cost almost $18 million.

‘In my opinion this is one of the best on a hectare in eastern Australia. It’s a different site but it’s spectacular,’ Noel told FEMAIL. 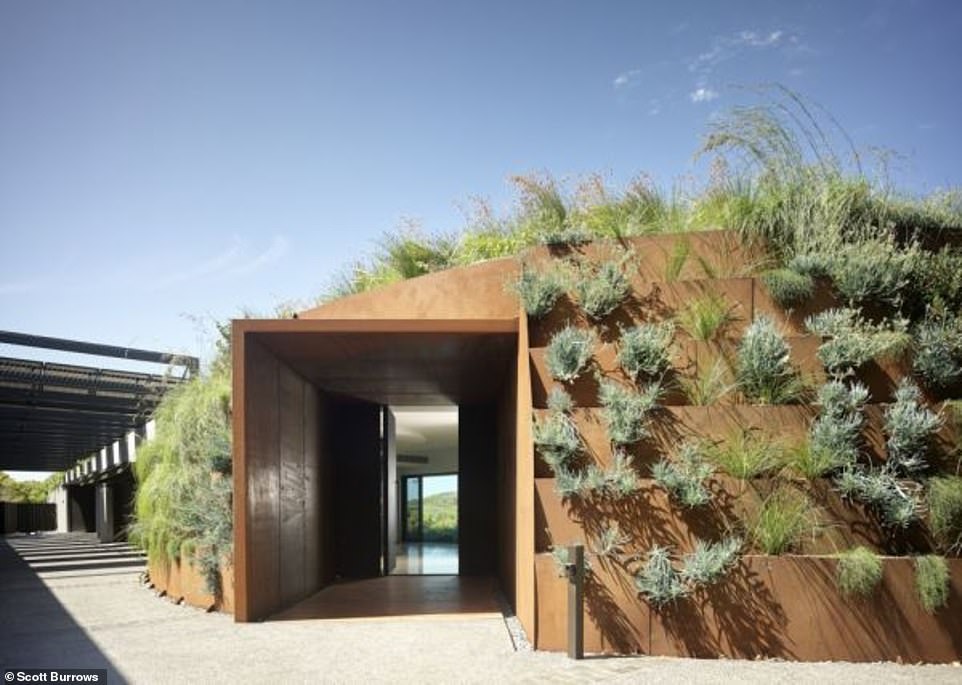 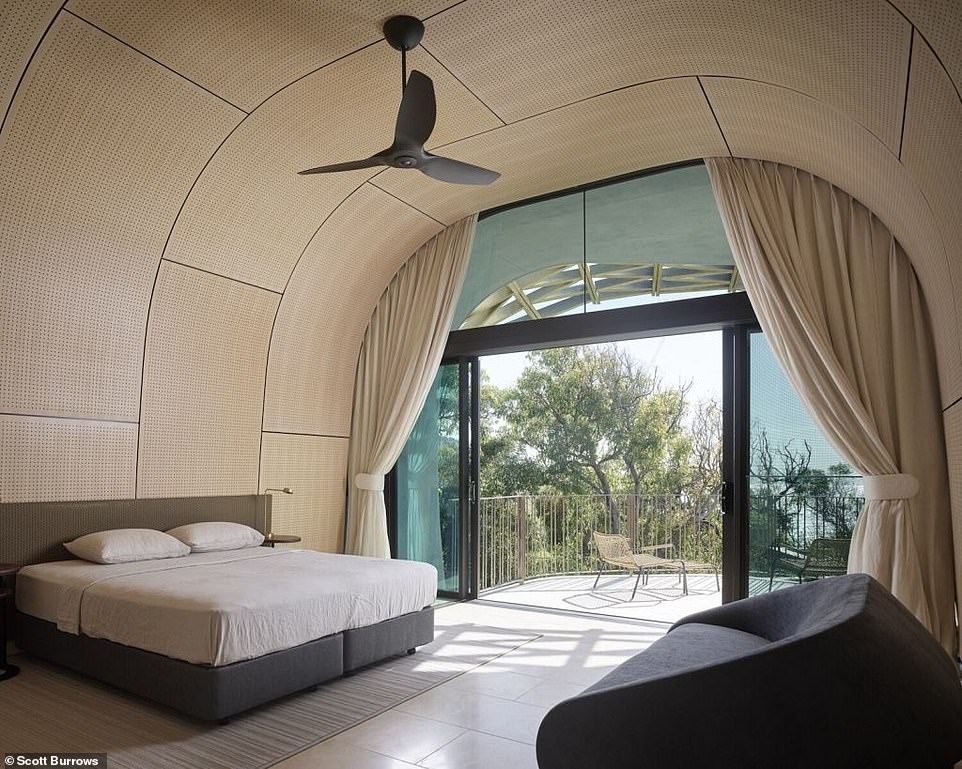 The stunning property, which was completed last year, sits on the edge of the Noosa National Park and boasts six bedrooms and nine bathrooms

The breathtaking property sits on the edge of the Noosa National Park and is surrounded by native grasses as well as climbers which will drape on the building overtime and incorporate characteristics of nature into the home.

Noel designed the house for businessman and entrepreneur Evgeny Skigin, who visits Australia and resides in the beach home for three to four months each year, Domain reported.

Noel had a brief to build a ‘simple beach shack’ but explained it wasn’t an easy home to build because its location made it hard to get to, and environment was challenging.

‘We had very limited access because it was up a narrow site. It’s also directly parallel to the beach and you pick up a lot of the south easterly [wind],’ he said.

The property took three years to build and Noel explained that the design of the beach shack was simply driven by the environment.

‘It has a high level of sustainability and has solar, a green roof, battery room for energy and it’s thermally insulated,’ he said.

Noel also said the house is unique because the arches in each room are different angles and dimensions and the interior is column-free. 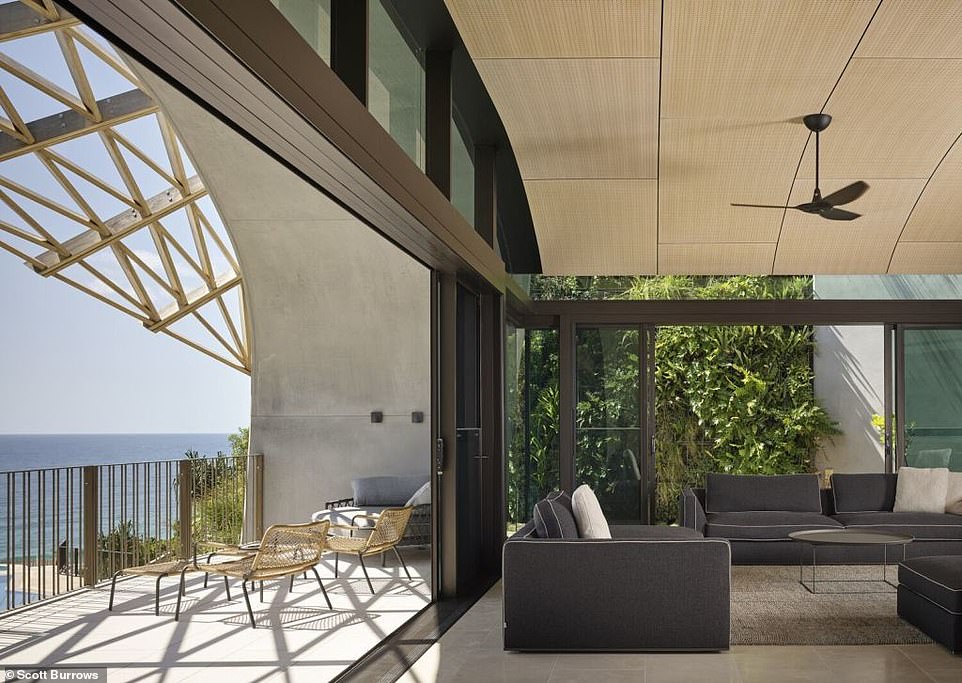 The luxurious beach home has spectacular ocean views from almost every room and abundance of natural light as well as a modern living space.

The first level of the home has one bedroom complete with an ensuite, as well as car spaces and a workshop while the second floor features the remaining bedrooms, each with an ensuite, and a spacious living space.

The final floor of the incredible home is dedicated to entertainment and includes a lap pool, sauna, gym, cinema, bar area, ice bath, steam room and a forecourt pool.

It has spectacular ocean views from almost every room and has an an abundance of natural light as well as a very modern living space.

IS supporter gets 30 years for plot to kill British leader

US student apologizes in Italian court for taking officer’s life

Kate Middleton Opens Up About Motherhood on Podcast: 10 Highlights

'Outlander' Producer Matthew B. Roberts Says 'Each Character Will Be Dealing With Something From Their Past' in Season 6