Chuck Schumer got a new Hickey Freeman suit for the inauguration

Some hot-and-heavy couples are torn apart when September interrupts their summer fling. For Ben Affleck and Ana de Armas, it’s a case of reality ruining their pandemic love affair.

“The quarantine was unique because they had downtime and ­really got to know each other spending time at home,” a source who knows Affleck and de Armas told The Post. “But once work picked up, things started to change.”

De Armas just signed on for the film “The Gray Man,” alongside Chris Evans and Ryan Gosling, while Affleck will next star in ­George Clooney’s adaptation of the book “The Tender Bar.”

After months of loved-up lockdown — with PDA-filled dog walks and coffee runs in the Los Angeles neighborhood of Brentwood — it was reported this week that the two had called it quits.

Reps for Affleck and de Armas declined to comment.

Rumors had first swirled about a split when they didn’t spend the holidays together and de Armas went home to Havana, Cuba.

For de Armas, LA is only a place for work. She owns a house in Cuba, where her family still lives and considers that her home, according to friends.

“She’s here for work reasons; like all actors, she lives wherever work takes her,” said one de Armas pal.

“Ana decided she doesn’t want to live in LA and Ben wants to be close to his family,” said the source who knows both stars, of Affleck’s three young children with ex Jennifer Garner. “His priority is to be rooted in LA. They are in different places [in their lives].” 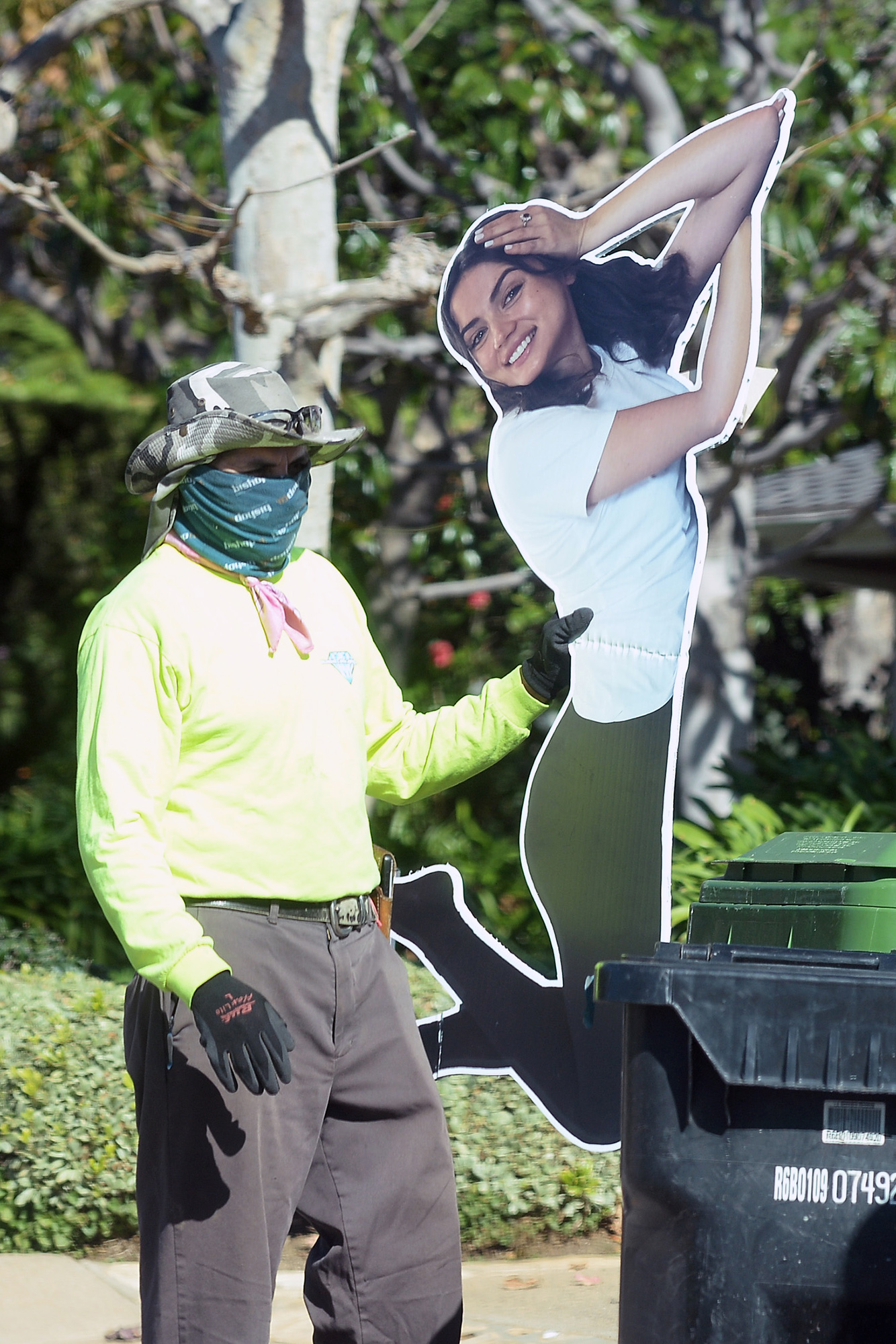 There was also the issue that — as Page Six reported — de Armas, 32, wants to have children of her own, while, friends said, there is no way Affleck, 48, wants more kids.

And merging with an established family is not always an easy task.

“Ana is fabulous and the kids loved her. I think any setup is tough to be a person coming into a relationship like this,” said the source who knows the couple.

“This is why Ben and Lindsay broke up — his kids are always going to be a priority,” the sources added of Affleck’s romance with “Saturday Night Live” producer Lindsay Shookus, whom he dated in 2017-2018 and again in 2019 after he went to rehab for alcohol abuse. (A rep for Shookus did not comment.)

The Oscar winner has spoken openly about his sobriety battle.

In February 2020 he told The New York Times: “I started drinking every day. I’d come home from work and I’d start to drink and I’d just sit there and drink until I passed out on the couch,” admitting that a public relapse at a Halloween party in 2019 was embarrassing for him and his kids.

But insiders also say that, despite his past substance-issues, Affleck is a devoted, involved father.

They also say that Garner, who is described as a fiercely protective mom, approved of de Armas, as she seemed to keep Affleck on an even keel.

Affleck and de Armas met on the set of the thriller “Deep Water,” which filmed in 2019 but has seen its release date pushed to summer 2021. They were spotted on a romantic getaway to Cuba in March 2020 before heading to Costa Rica and then  LA just before the first lockdown started.

The pandemic helped them grow close quickly as a source close to them told The Post at the time: “Ben was due on set [of ‘The Last Duel’] . . . and Ana was meant to be on a world tour [for the James Bond film ‘No Time to Die’]. 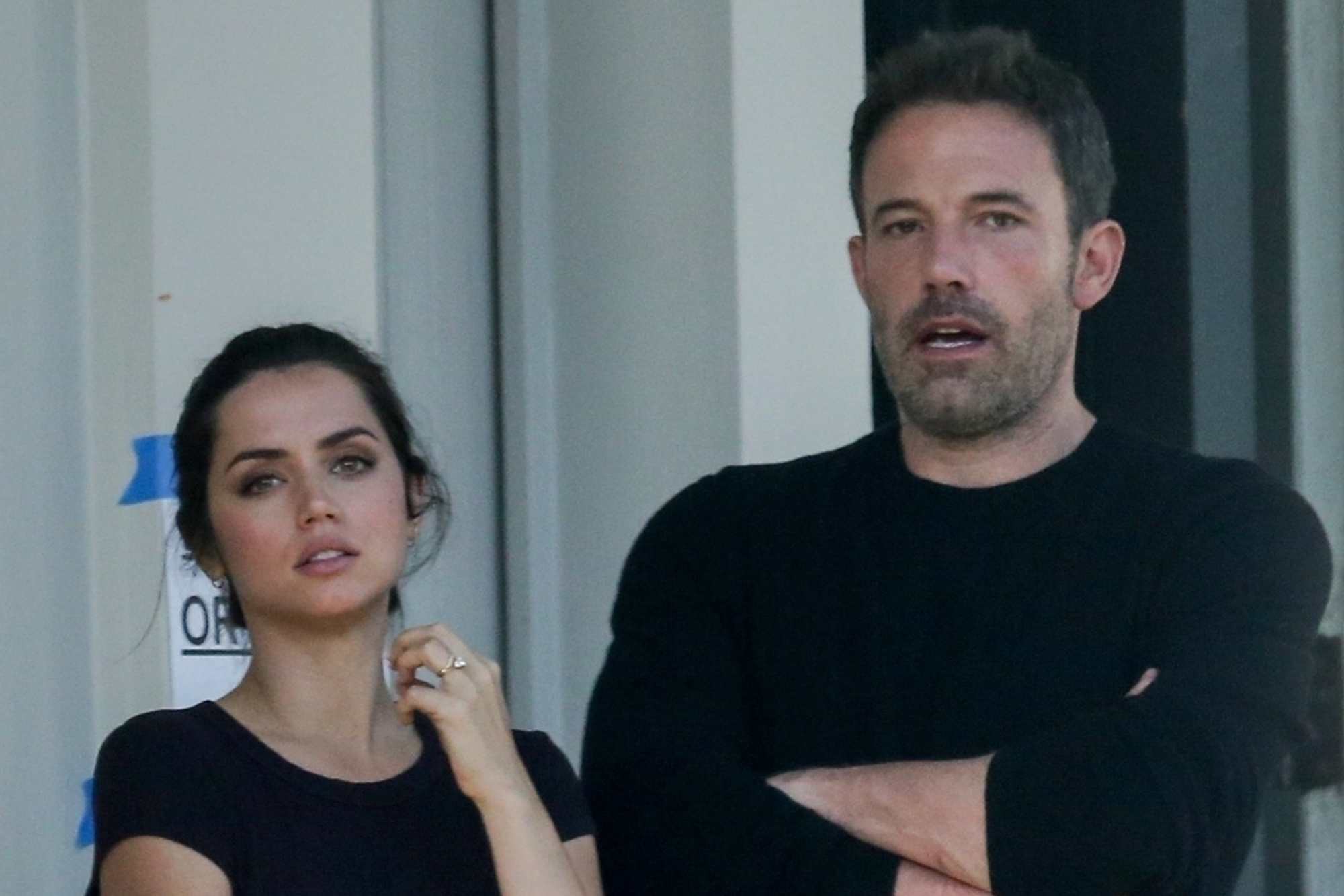 “To get to spend so much time together is a real blessing.”

De Armas was spotted in photos wearing what looked like an engagement ring but was quickly revealed as a prop for “Deep Water.”

De Armas moved into the actor’s Brentwood home and, in June, cheekily planted a cardboard cutout of herself on his lawn — reportedly as a way to troll paparazzi.

This week, a masked man who resembled Affleck’s actor brother, Casey Affleck, was seen throwing the cutout into a trash can. Casey denied it was him, but told “Entertainment Tonight” of the breakup:

“The reality is, I think that this year has been really hard on people in relationships . . . I think that Ana is just the sweetest, funniest, smartest, most charming person. I think she won’t have any problems meeting somebody else.”

Casey, who is divorced, added: “And I’ll be there to carry Ben through it, but I don’t think he’ll have any problems. My advice to them would be like, ‘Yes, think long and hard about [the decision to break up], because quarantine is not fun if you’re single.’ ”

Even though de Armas has moved out and is said to be looking for a home-away-from-Cuba of her own in West Hollywood, the source who knows her and Affleck thinks all hope might not be lost.

“They had a really solid relationship and are truly upset to have come to a place where they need to break up,” the source said. “There is a lot of love there. They were real­ly good for each other and I think that will carry into a friendship.”

Jodie Turner-Smith to Star in ‘The Witcher’ Prequel Series!

The Onion’s Emmy Predictions Throw Shade at ‘Game of Thrones,’ ‘The Crown,’ and More

House Dresses Have a Whole New Meaning in 2020, and I Welcome Them With Open Arms