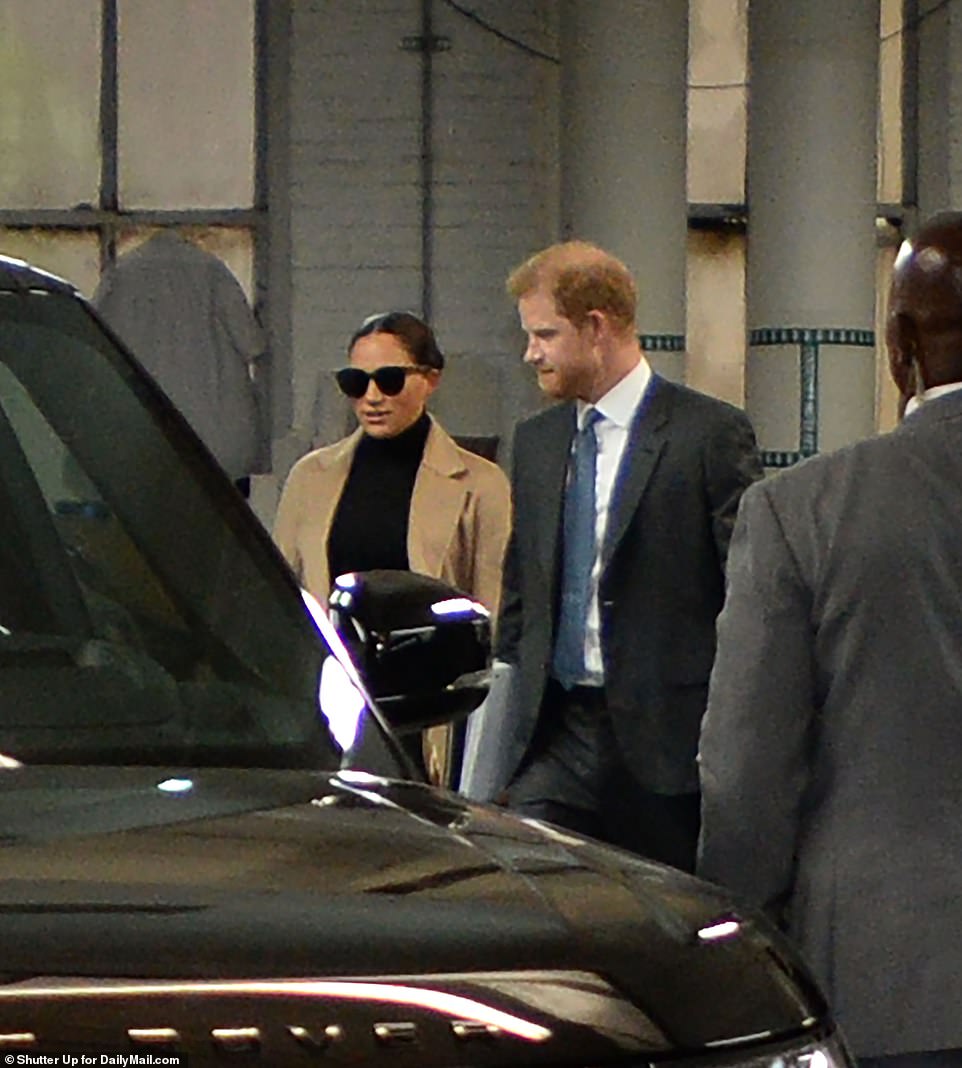 Prince Harry and Meghan Markle were spotted leaving the $1,300-a-night Carlyle Hotel to head to meetings during their trip to New York City, where they are expected to hold a meeting with the US Ambassador to the UN.

The Sussexes were flanked by security as they got into a black SUV in the parking garage of the luxury Upper East Side hotel around 1pm Thursday. 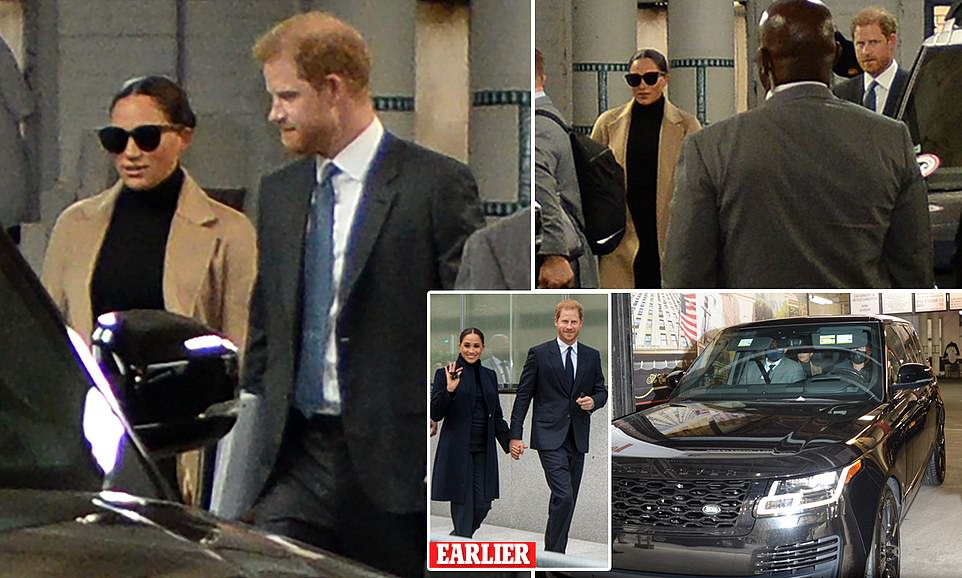 Meghan, who dressed for fall in head to toe black for their morning visit to the 9/11 memorial and One World Trade Center despite the humid 80F weather, had changed into a long beige coat and dark sunglasses for the afternoon jaunt. 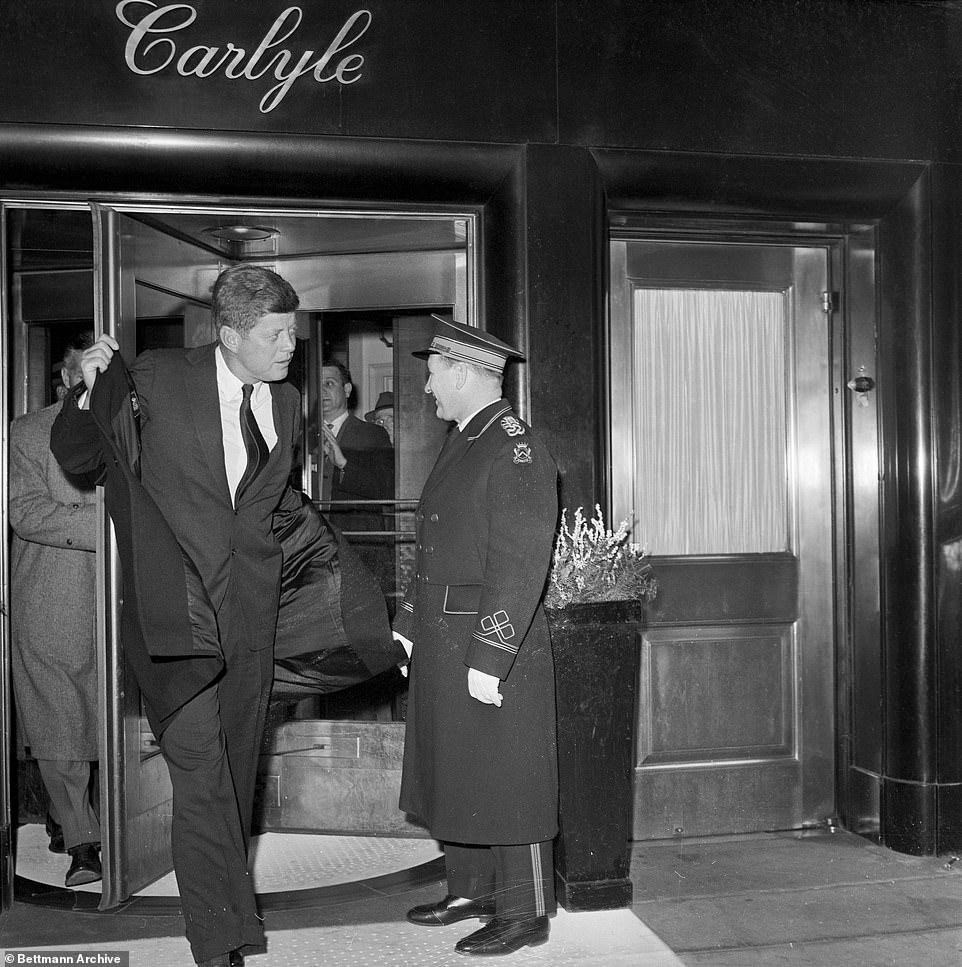 The California royals are hardly the first famous faces to grace the New York City institution. The hotel was dubbed the ‘New York White House’ after John F. Kennedy maintained an apartment on the 34th floor for the last ten years of his life. 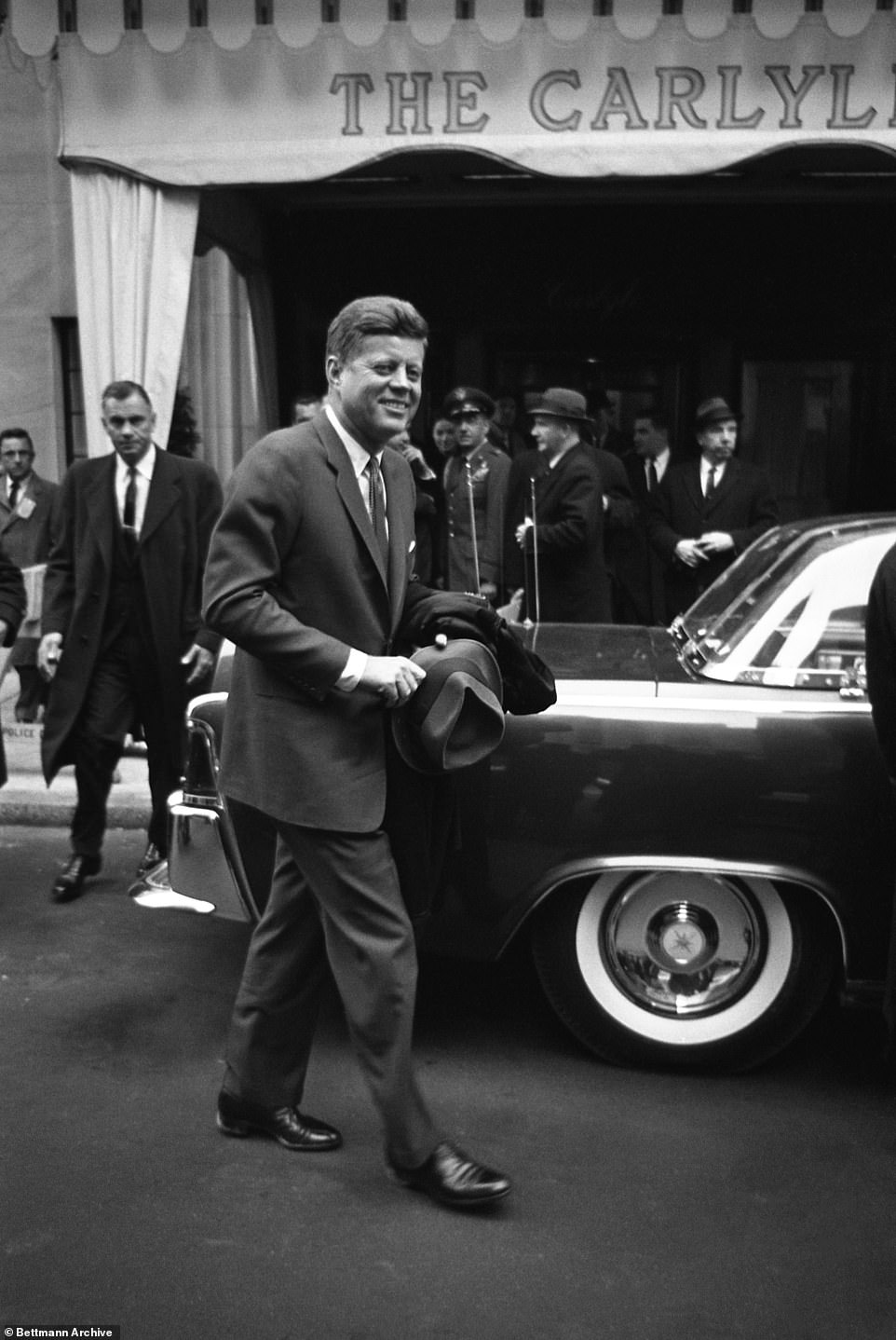 The president stayed at the apartment in a well-publicized visit for a few days before his inauguration in January 1961. In 1962, Marilyn Monroe famously sang ‘Happy Birthday, Mr. President’ at Kennedy’s birthday gala at Madison Square Garden. She is then said to have snuck inside the Carlyle with Kennedy and friends later that night. 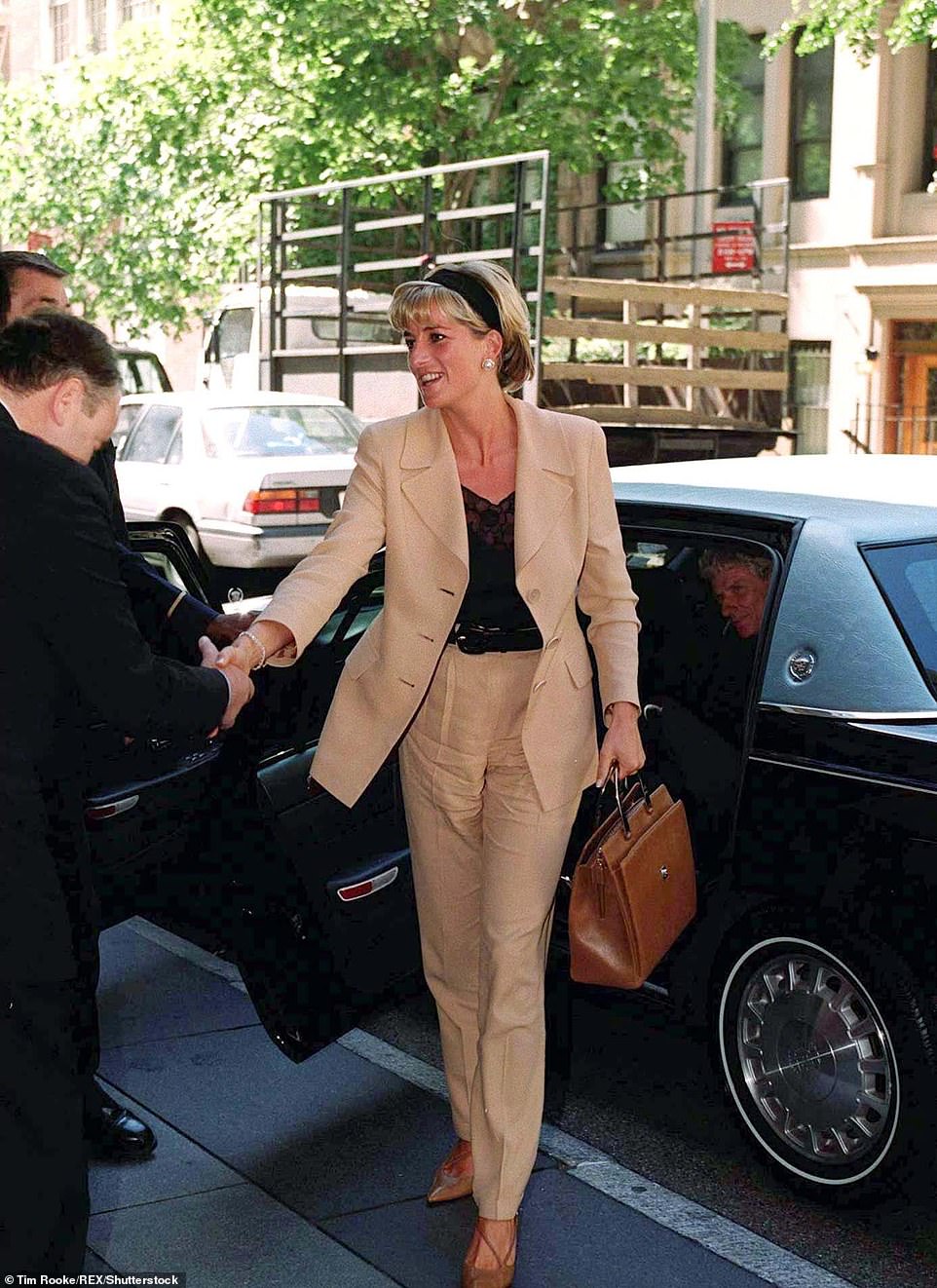 The hotel also has royal links and was said to be Princess Diana’s location of choice when she visited New York. 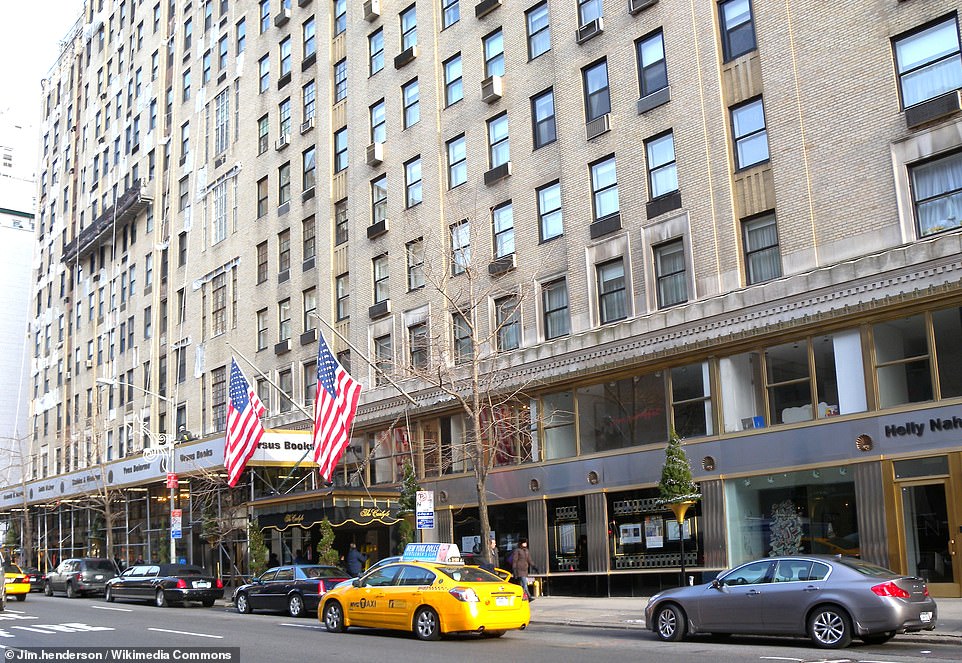 When she stayed there, Diana is said to have requested the Royal Suite, which was also favored by Michael Jackson. 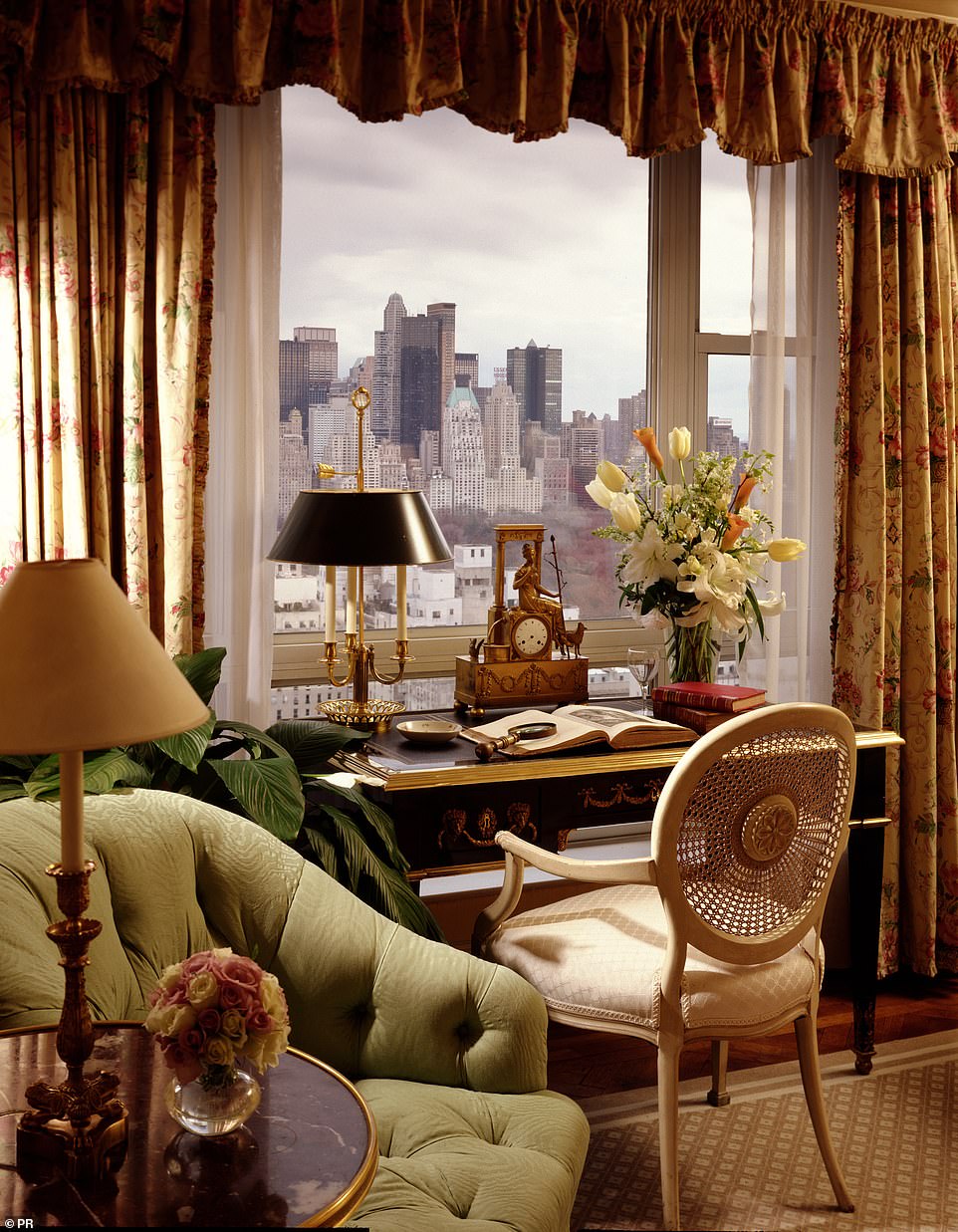 Located on the 22nd floor of the hotel, the suite boasts 1,800 square feet, built-in bookshelves, and a floor to ceiling marble fireplace. Pictured: The interior of one of the rooms inside the Carlyle. 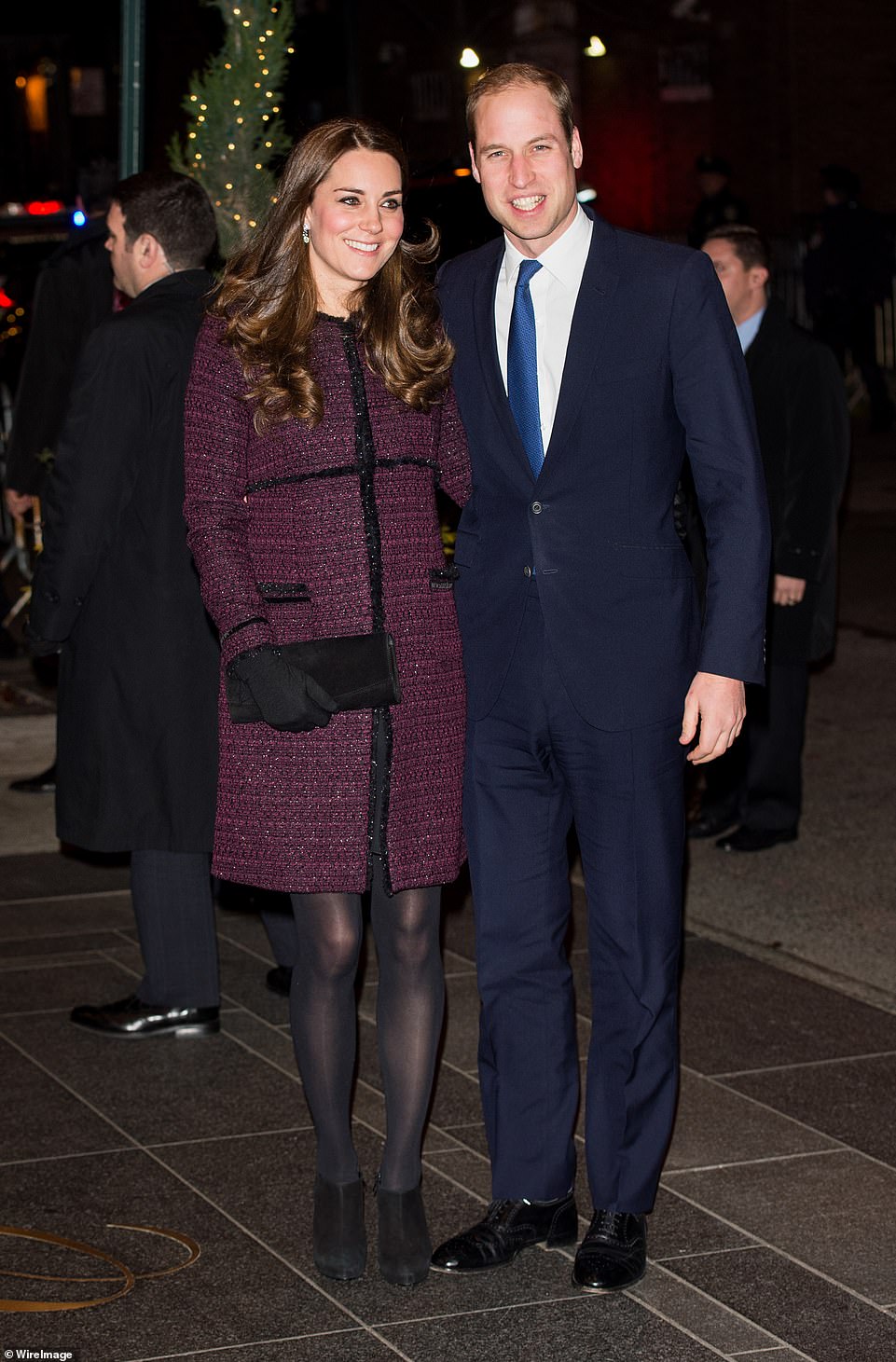 Prince William and Kate Middleton also stayed at the hotel when they first visited New York in 2014. 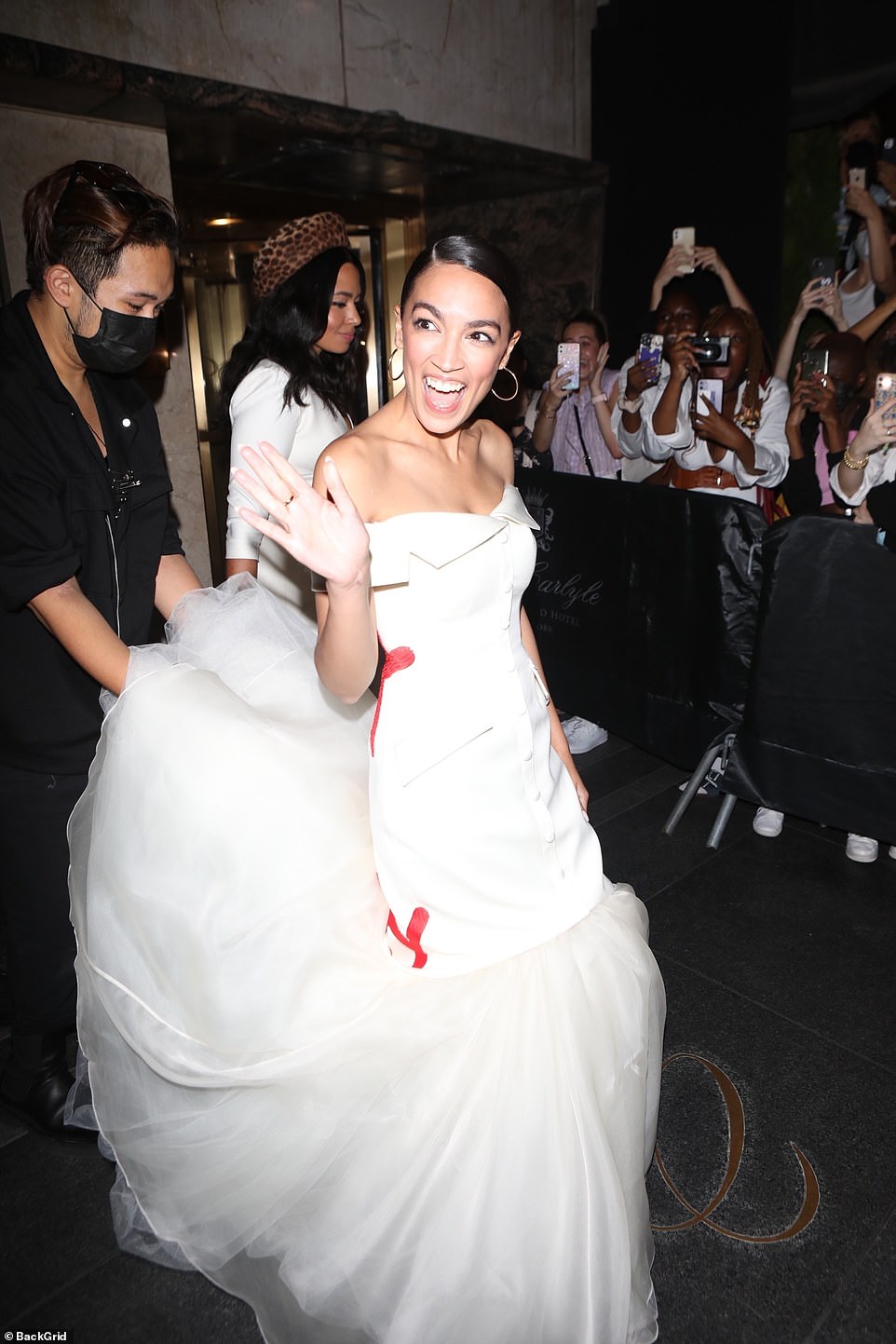 More recently, the hotel has become known as a prime location for celebrities to prepare before attending the Met Gala. Pictured: Alexandria Ocasio-Cortez leaves the hotel on her way to the Met last week. 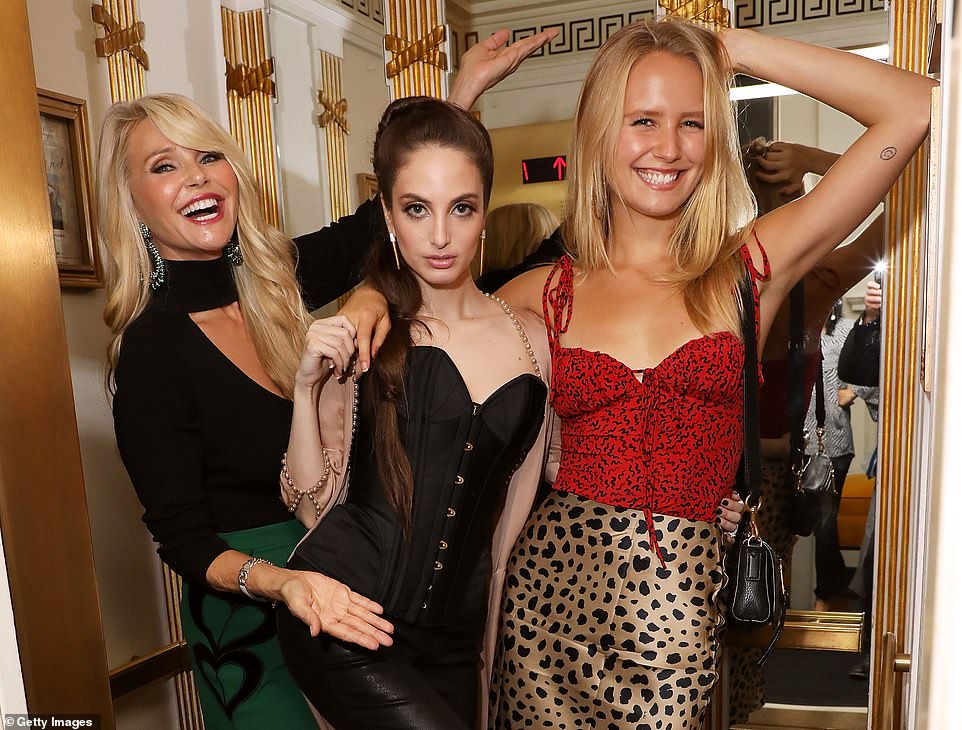 Rihanna, Gigi Hadid, Kendall Jenner and Cardi B and Diane von Furstenberg are just a few of the Met Gala attendees that have previously chosen to get ready at the Carlyle. Pictured: Christie Brinkley and her two daughters pose for a photograph inside the hotel in 2018. 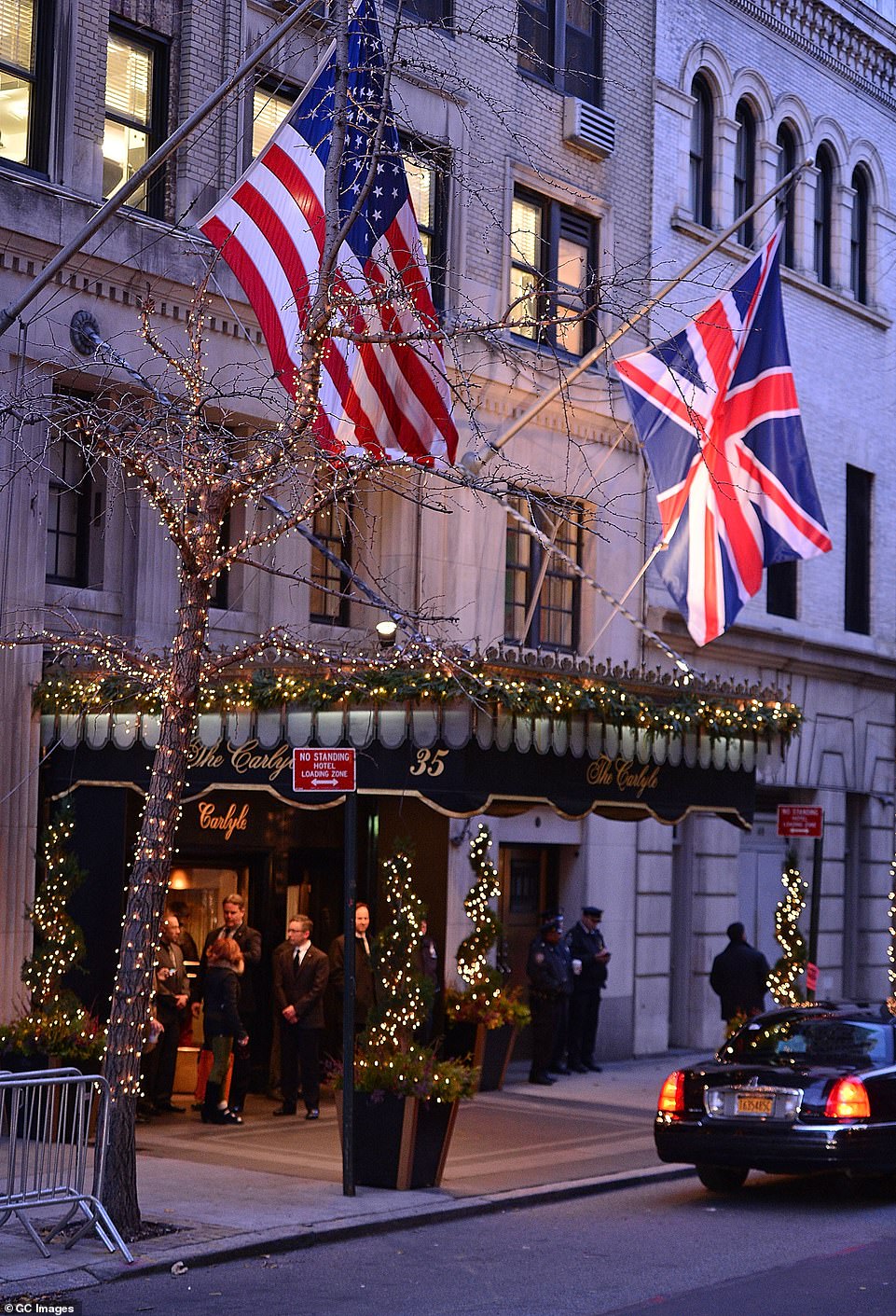 The hotel has retained a reputation for discretion despite its frequent brushes with celebrity and, in June 2000, The New York Times called it a ‘Palace of Secrets’. 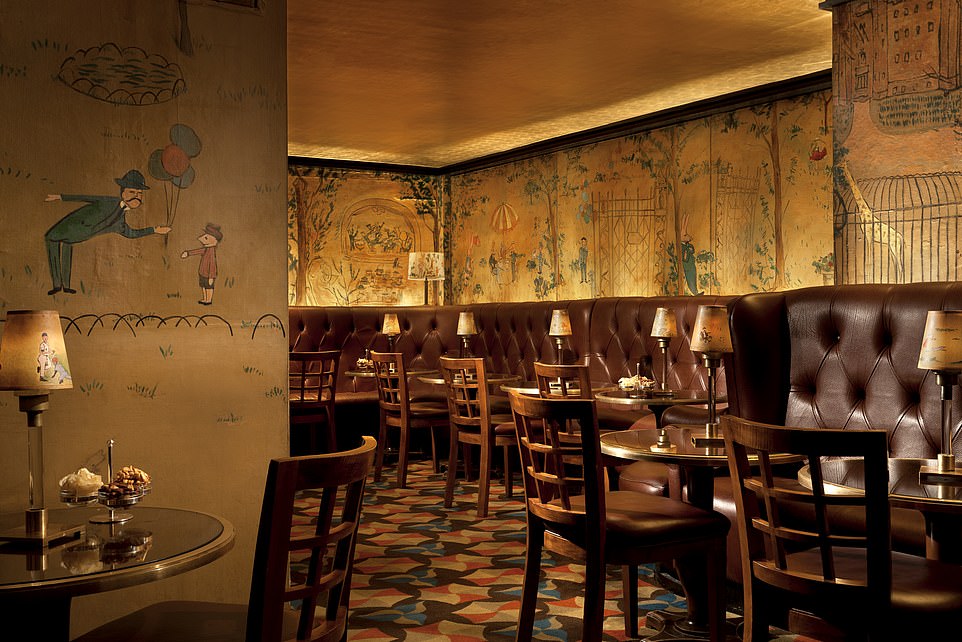 Its famed Bemelmans Bar (pictured) is perhaps best known for its intricate murals, which were decorated by Ludwig Bemelmans of Madeline fame and are his only works on display to the public.

The Duke and Duchess of Sussex and their huge security team descended on the swanky Bemelmans Bar in the hotel. 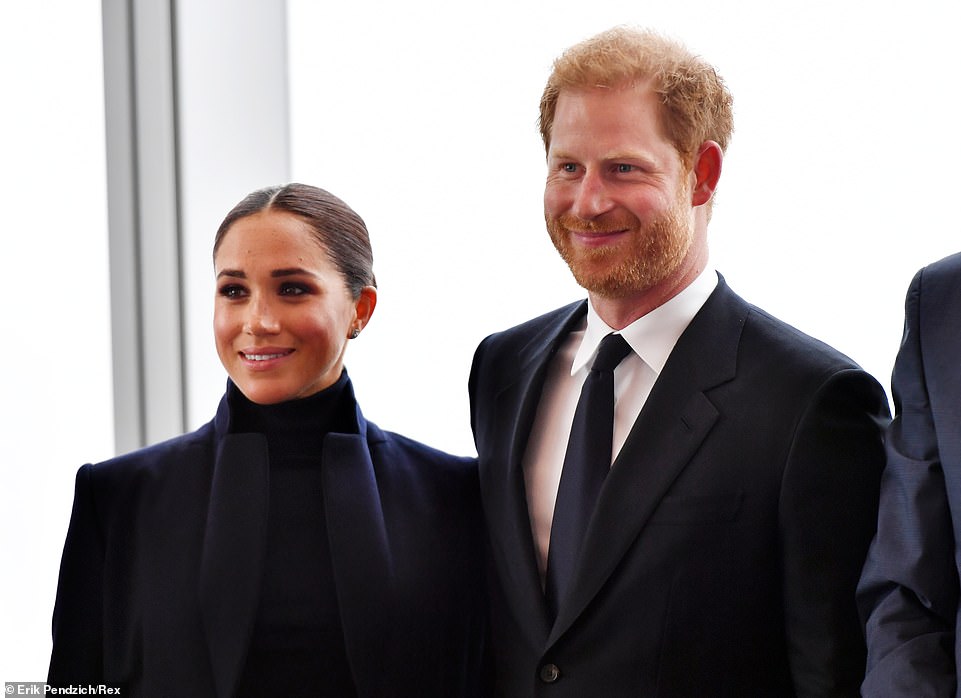 Witnesses said the couple, who have left their children Archie and Lilibet in Los Angeles during the three-day trip, pulled up with tens cars and about 20 guards.