A PET lover has built a two-story "dog mansion" within her own home for her pack of 16 rescue pooches – complete with balcony, seven-foot ramp, and stained-glass windows.

Susie Elliott, from Wharton, Texas, has been rescuing dogs her entire life but since buying her new home five years ago, she decided they deserved their own space to unwind. 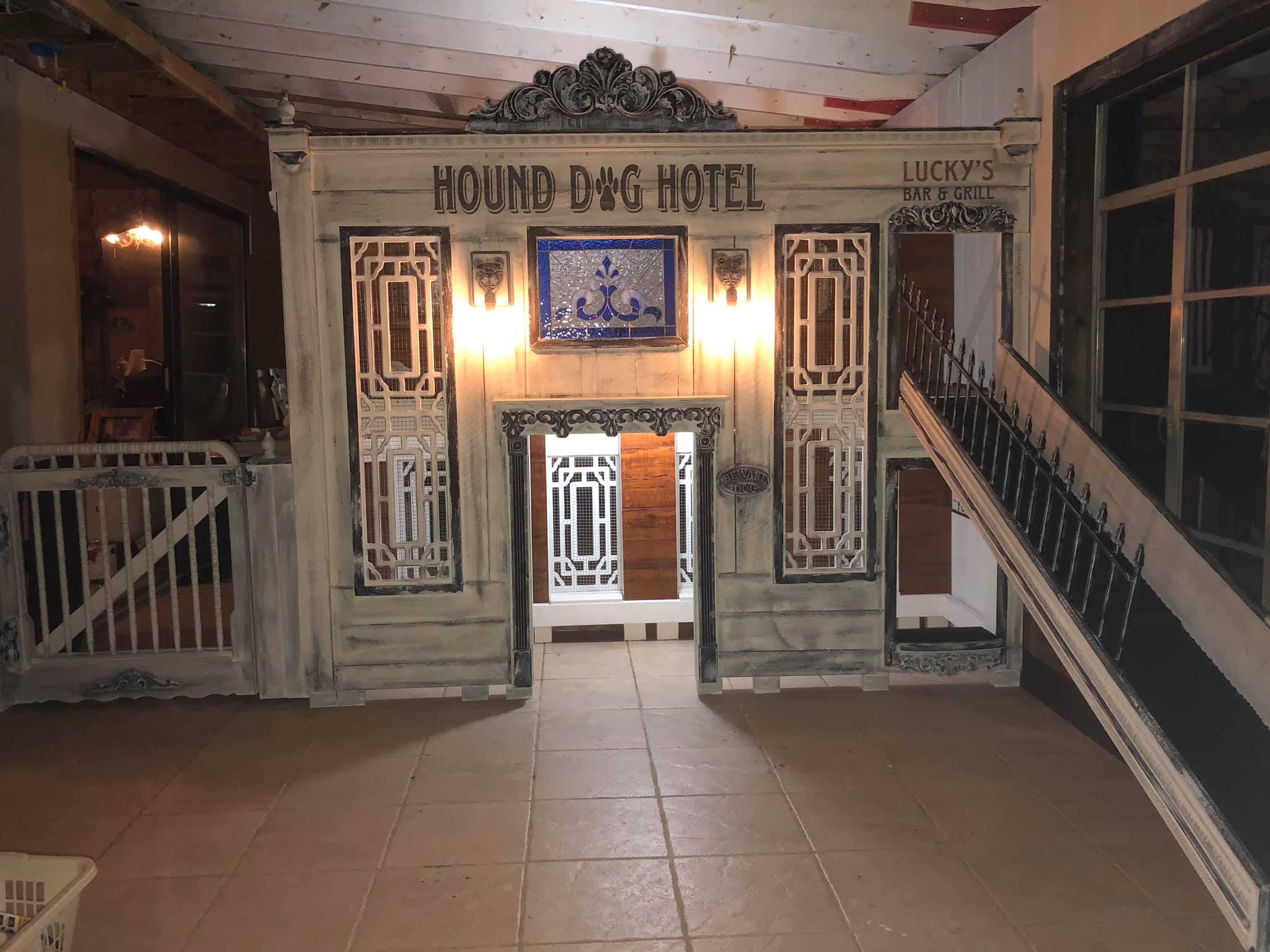 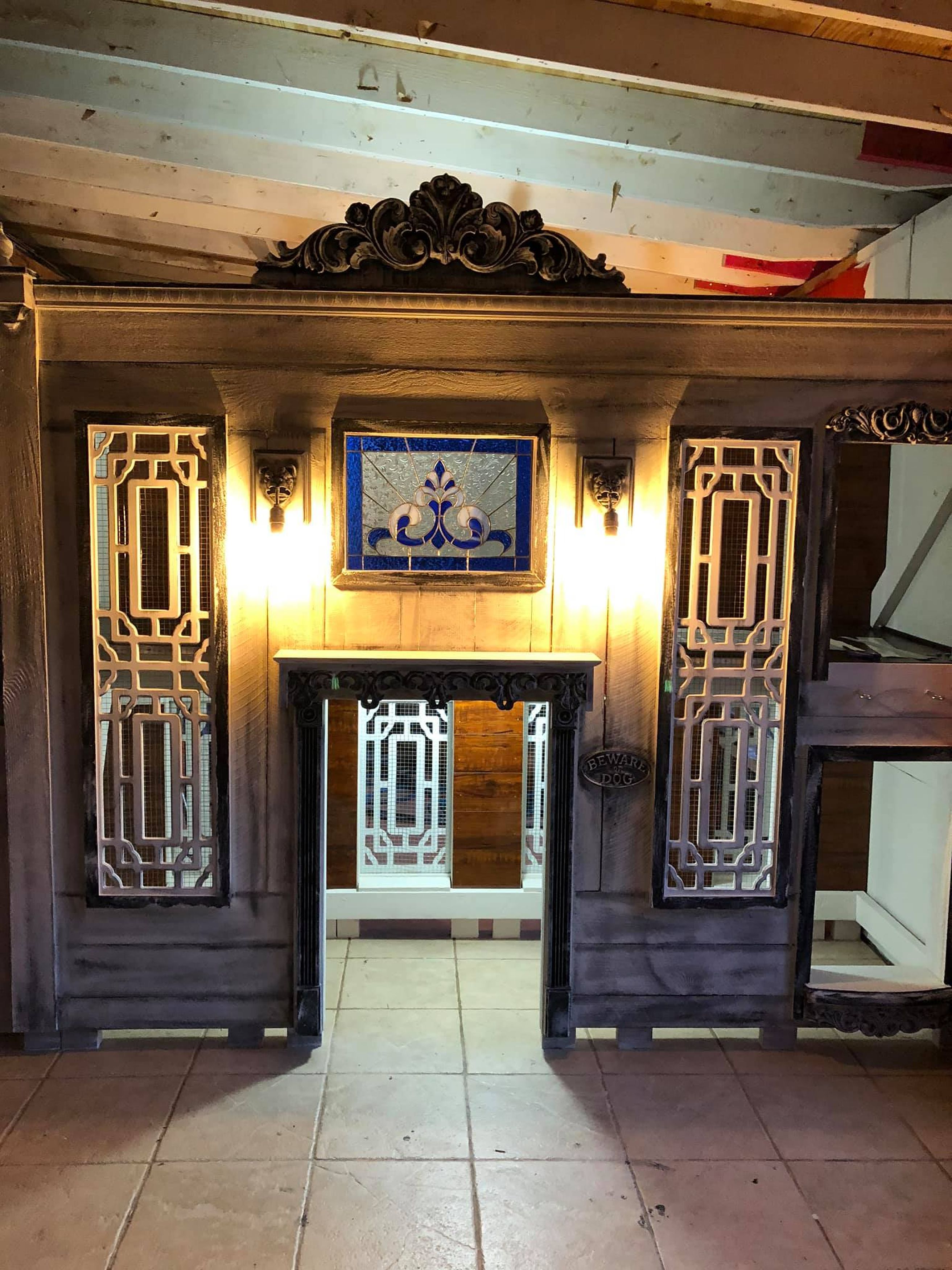 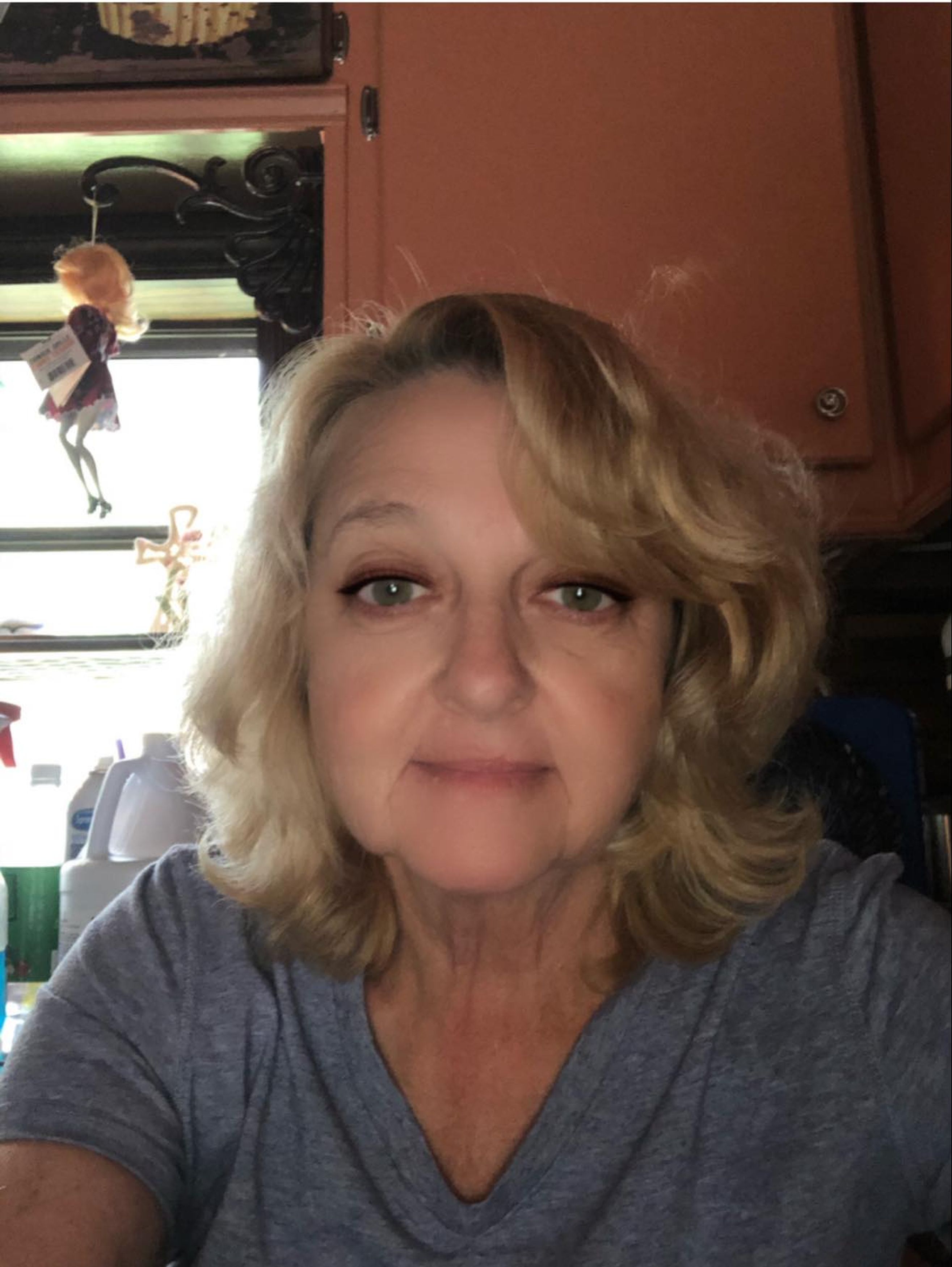 The mom-of-two took on the task of designing the "building" and she enlisted the help of her husband, David, 61, to tackle the handy work.

The Hound Dog Hotel is fitted with stained glass windows, a balcony, a ramp to help the older animals to get inside, and framed photos hanging inside to make them feel at home. 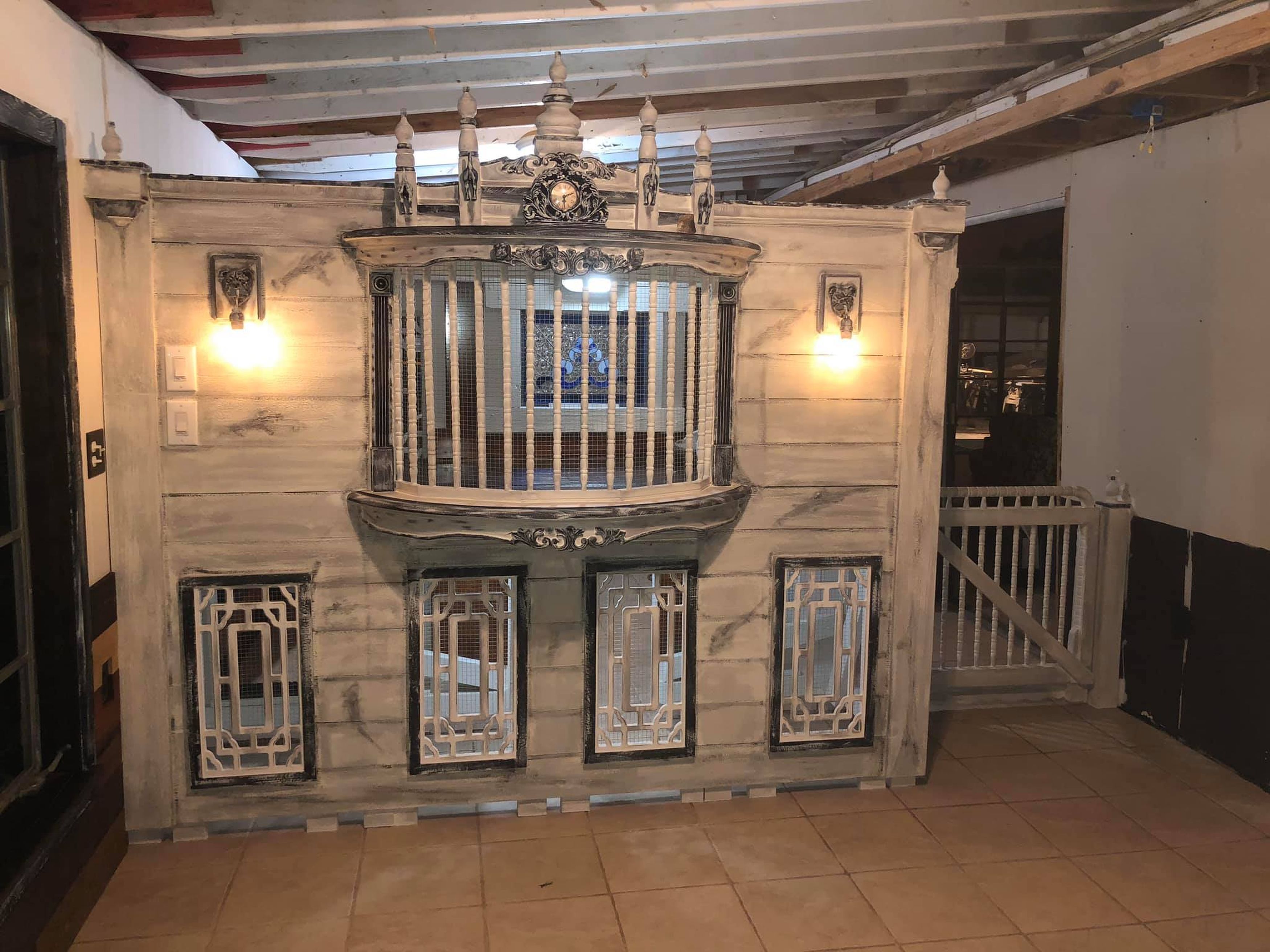 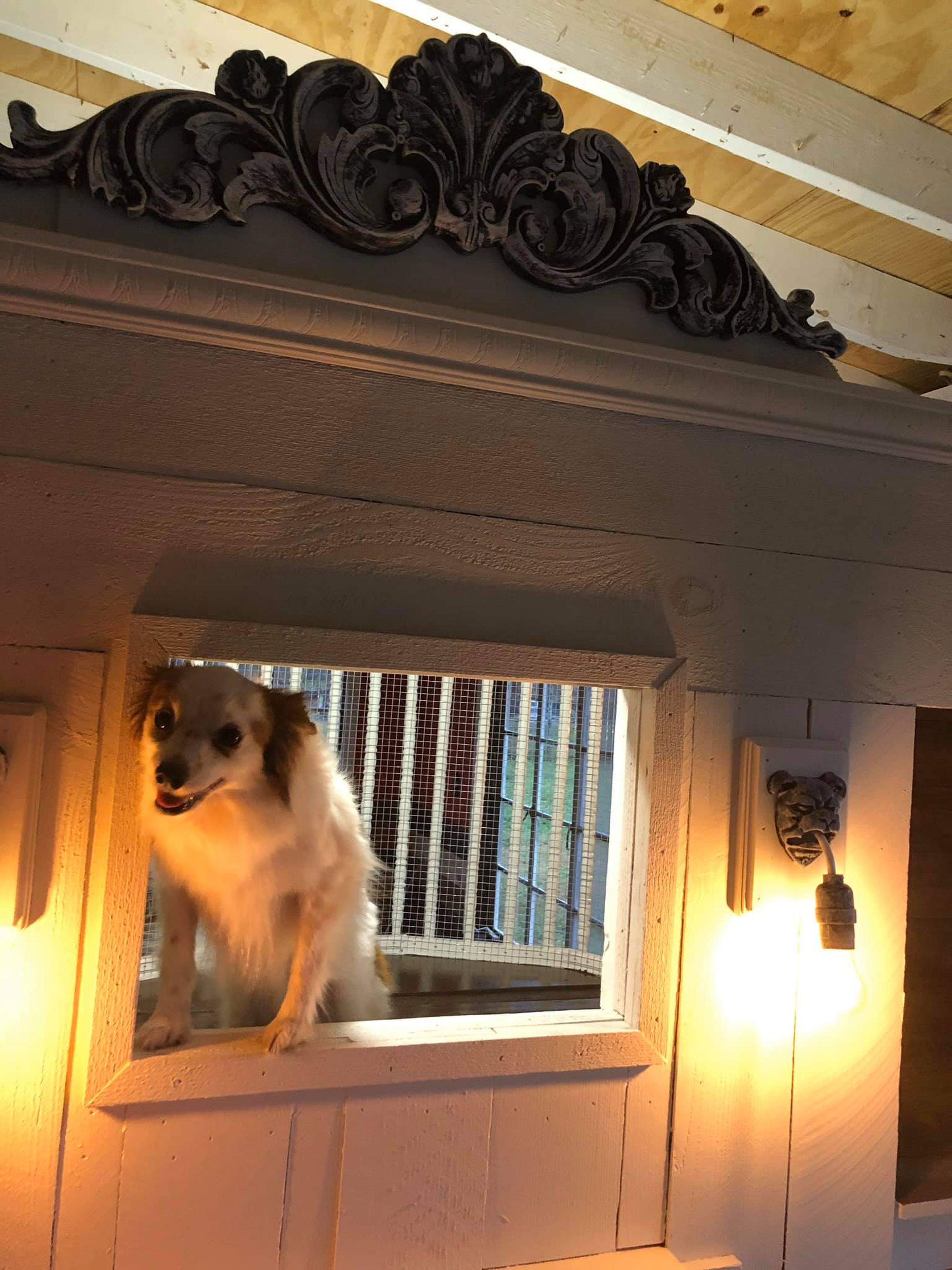 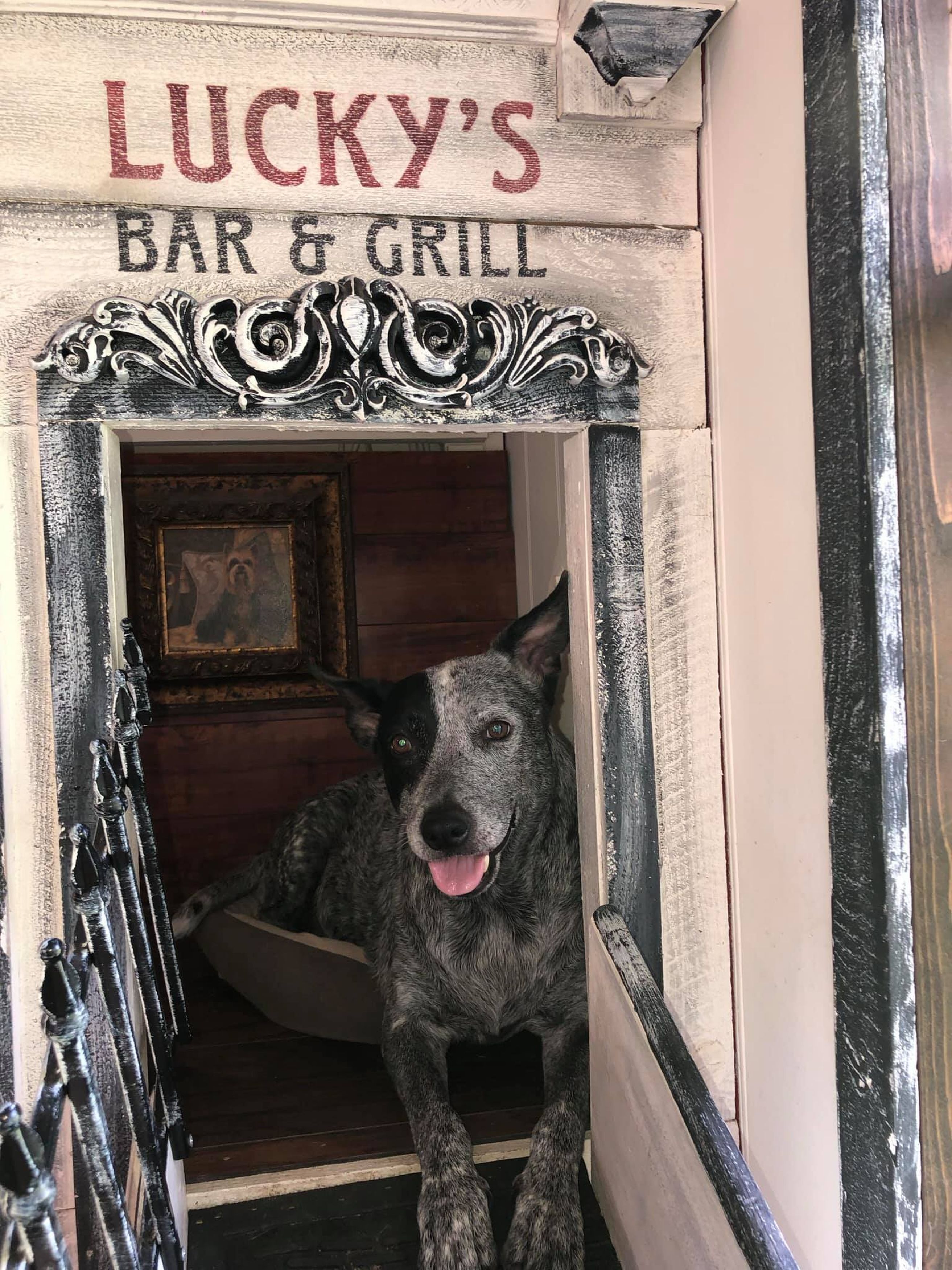 Hilarious photos and videos show the dogs clambering up the ramp and staring out of the windows of their very own fortress that has its own interior lighting and glamorous decor.

Susie said: "The dogs love it. When we showed them how to go up the ramp, they were pretty thrilled.

"Lots of the dogs sleep in it at night and they have access to it all day long when they’re out of their cages.

"They prefer to sleep in there than their cages and there are some sofas in there so they can sit on those.

"There are a few dog beds inside the house and some pictures hanging up for them to look at.

"There’s a balcony on the backside of the mansion so they can look out and see what they want to see.

"There are windows all around the mansion so they can always see out and I pull the shades down during the sun and I pull them up when the sun goes down.

"There’s a door on the second floor of the house that I have to open to access to clean or to get the dogs out if they don’t want to come down the ramp." 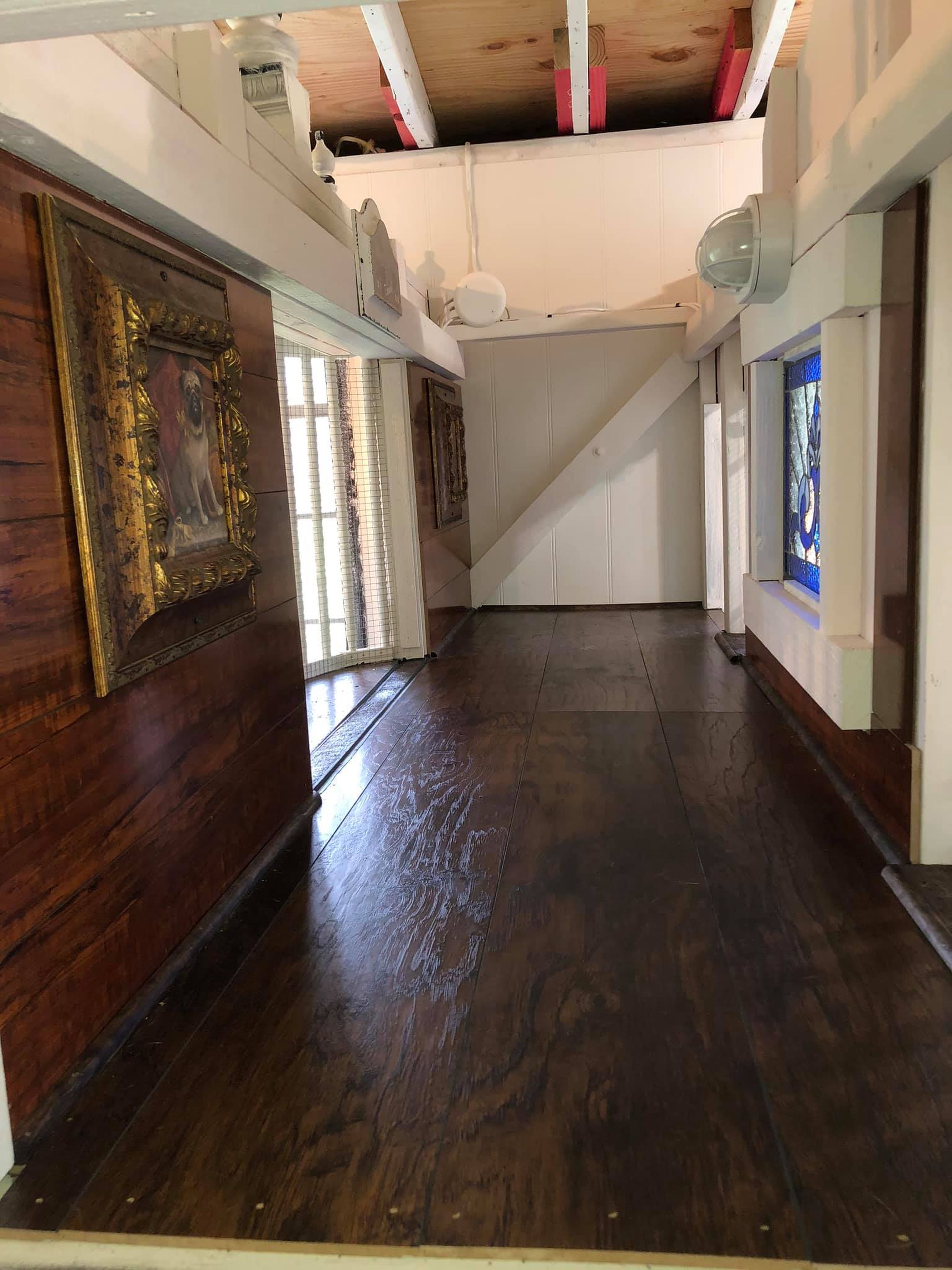 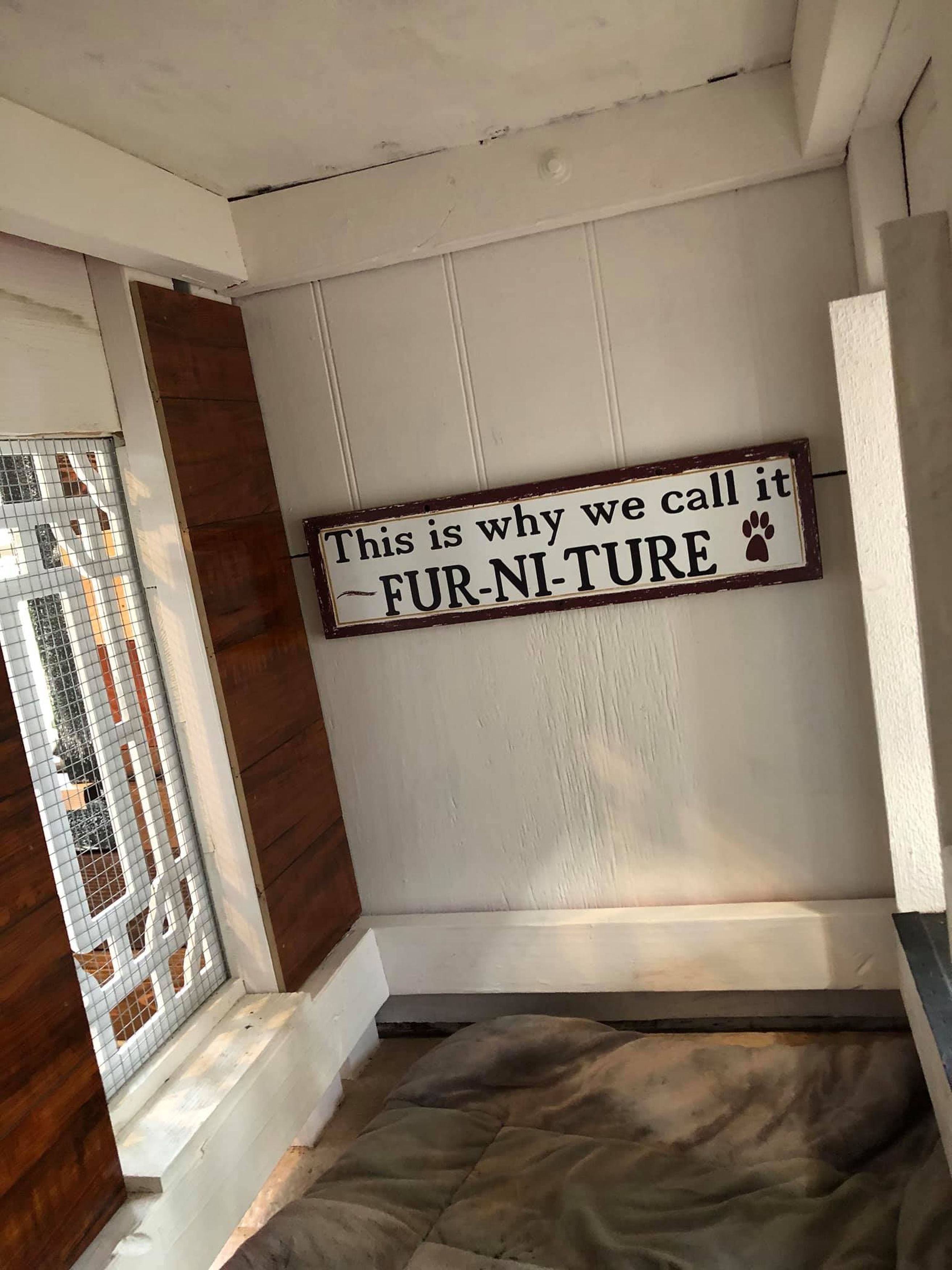 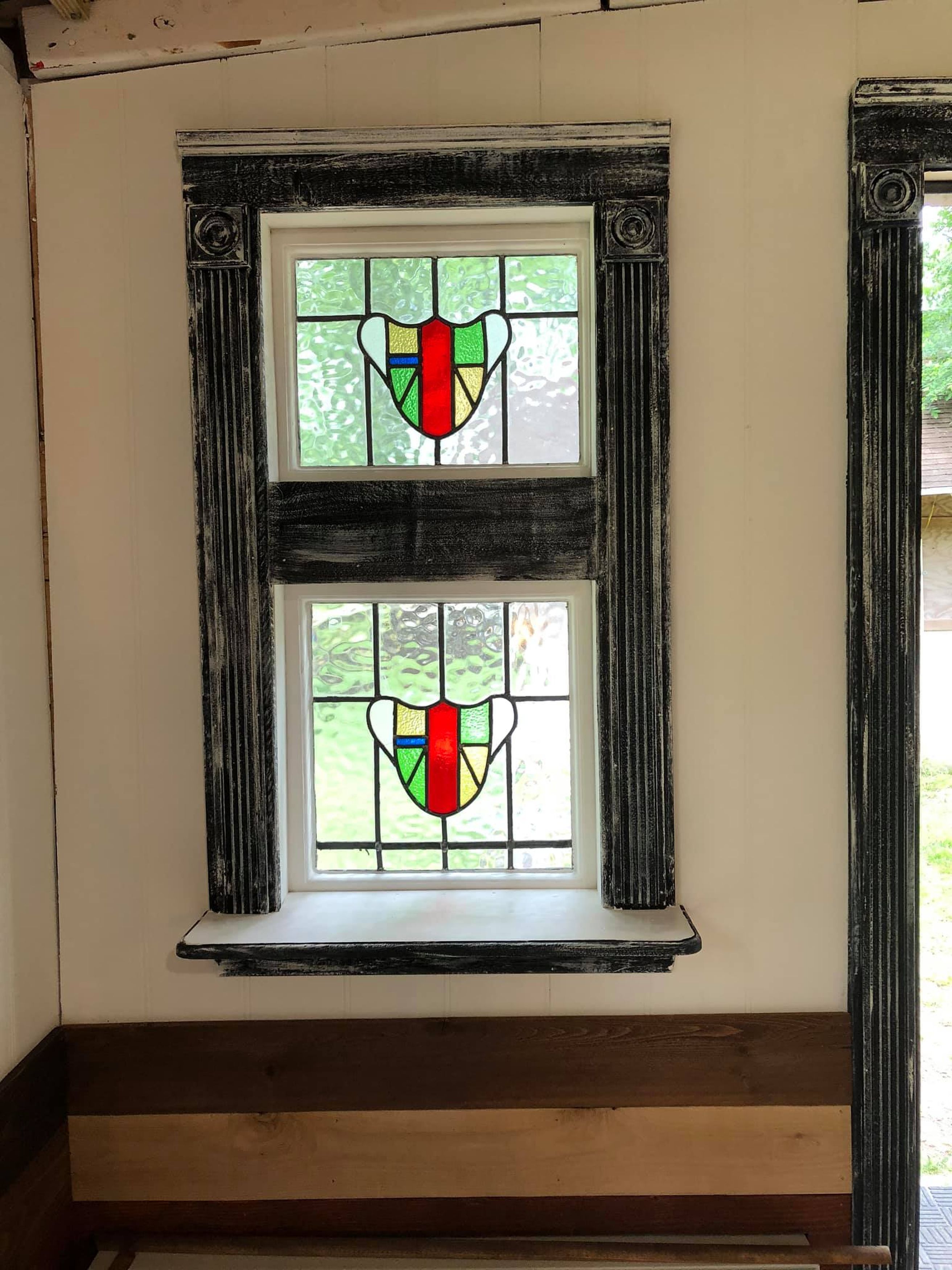 The colorful windows set Susie and David back $100 while the wooden floor cost $50.

Susie and David made the walls out of wooden flooring that cost a further $50, the decorations were donated, and the balcony is made of an old table that has been cut in half and flipped upside down.

The rest of their budget was spent on lighting, a tin ceiling, and a camera to keep an eye on Susie's furry friends.

Susie started work on the mansion after her home was flooded in a hurricane and she decided the dogs deserved a treat.

Susie said: "After my house flooded, we had to cut all the walls and that is when I decided to make the house how I wanted it for myself instead of always worrying about who we’re going to sell it to.

"I have a couple of acres of land and spare rooms because I have no children in the house anymore.

"The dogs have been through a lot and deserve somewhere nice.

"A couple of them were going to be euthanized before I rescued them, some have medical conditions and some have been abused.

"When they come to me it's like going to grandma's house.

"The language I speak is the language of love because I like to help people and animals." 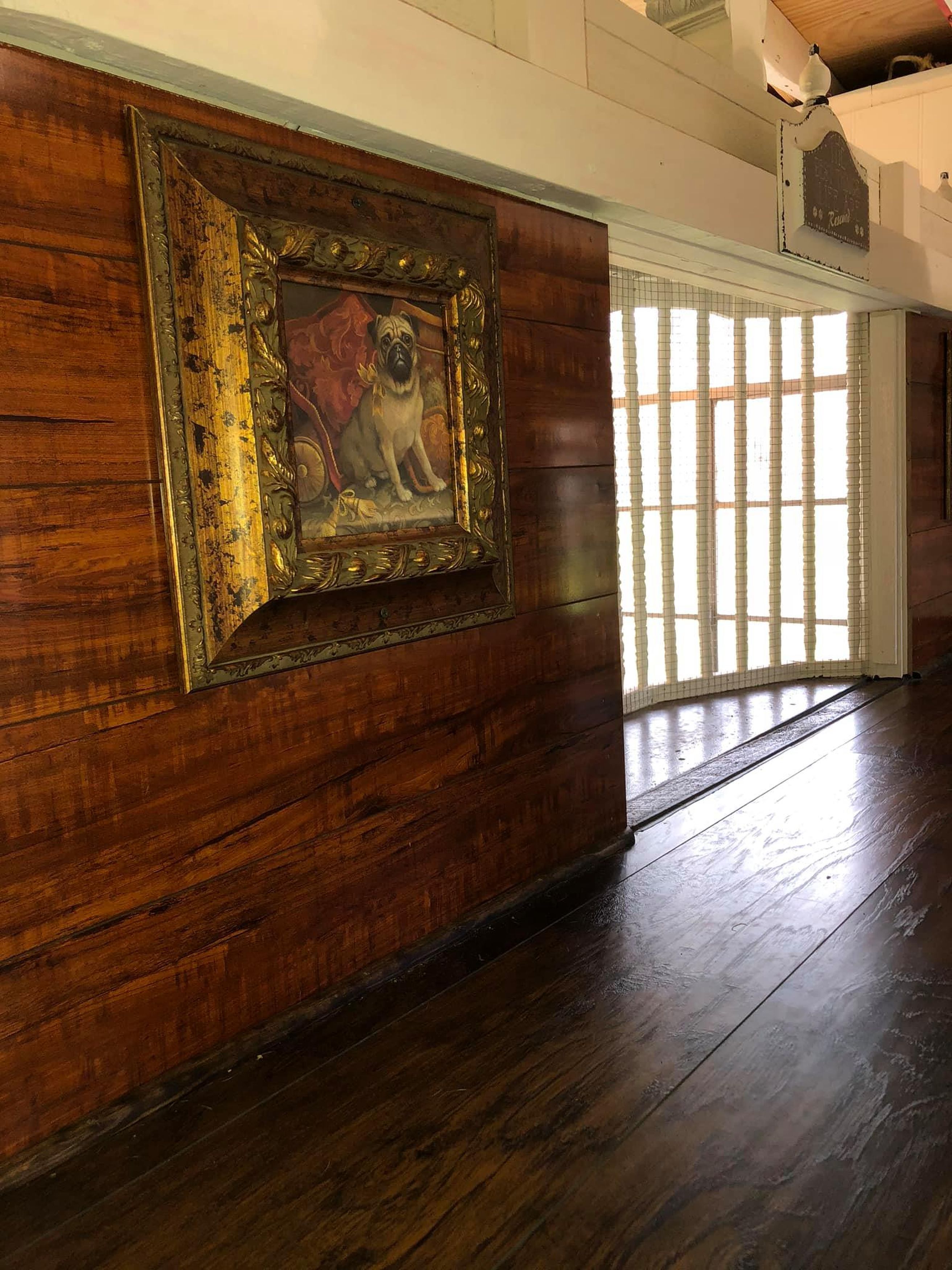 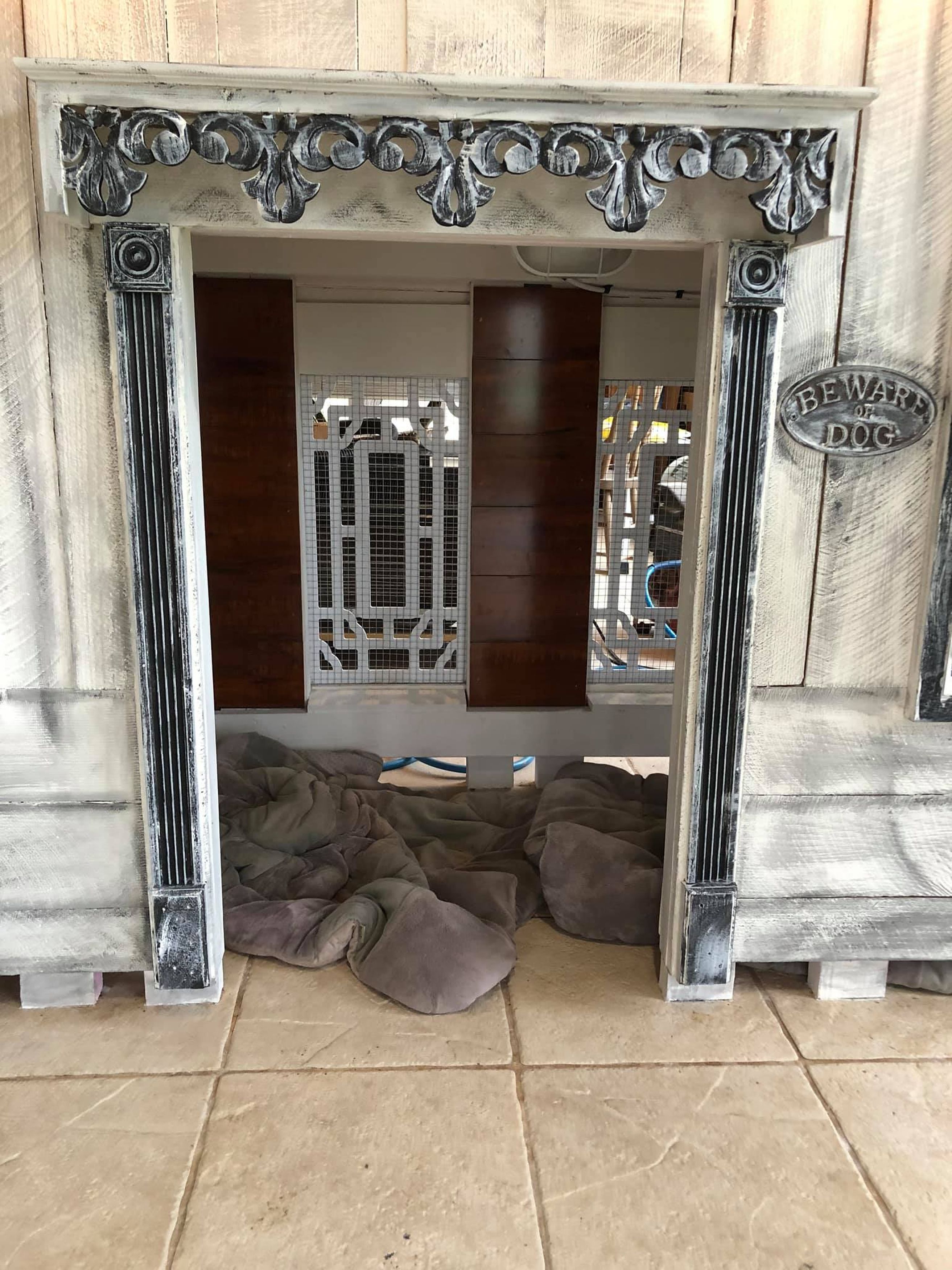 Susie will take in rescues until a forever home is found for them, but she admitted that David hasn't always been a dog lover.

Susie said: "I always brought home stray animals as a child and when I got married so I got in trouble a lot but I kept doing it."

"David wasn’t too thrilled at first but then he started getting into it and seeing how wonderful the dogs are and how appreciative they are.

"He sees that they would leave here and get good homes so that was good for him to see.

"Now he understands that we’re making a difference in this little town.

"Most people are pretty shocked when they see the mansion because the first thing they worry about is if I ever decided to sell the house.

"At this point, I don’t really care what anyone thinks because I’ve helped over 100 dogs find a new home since I’ve lived here so it doesn’t really matter what they think." 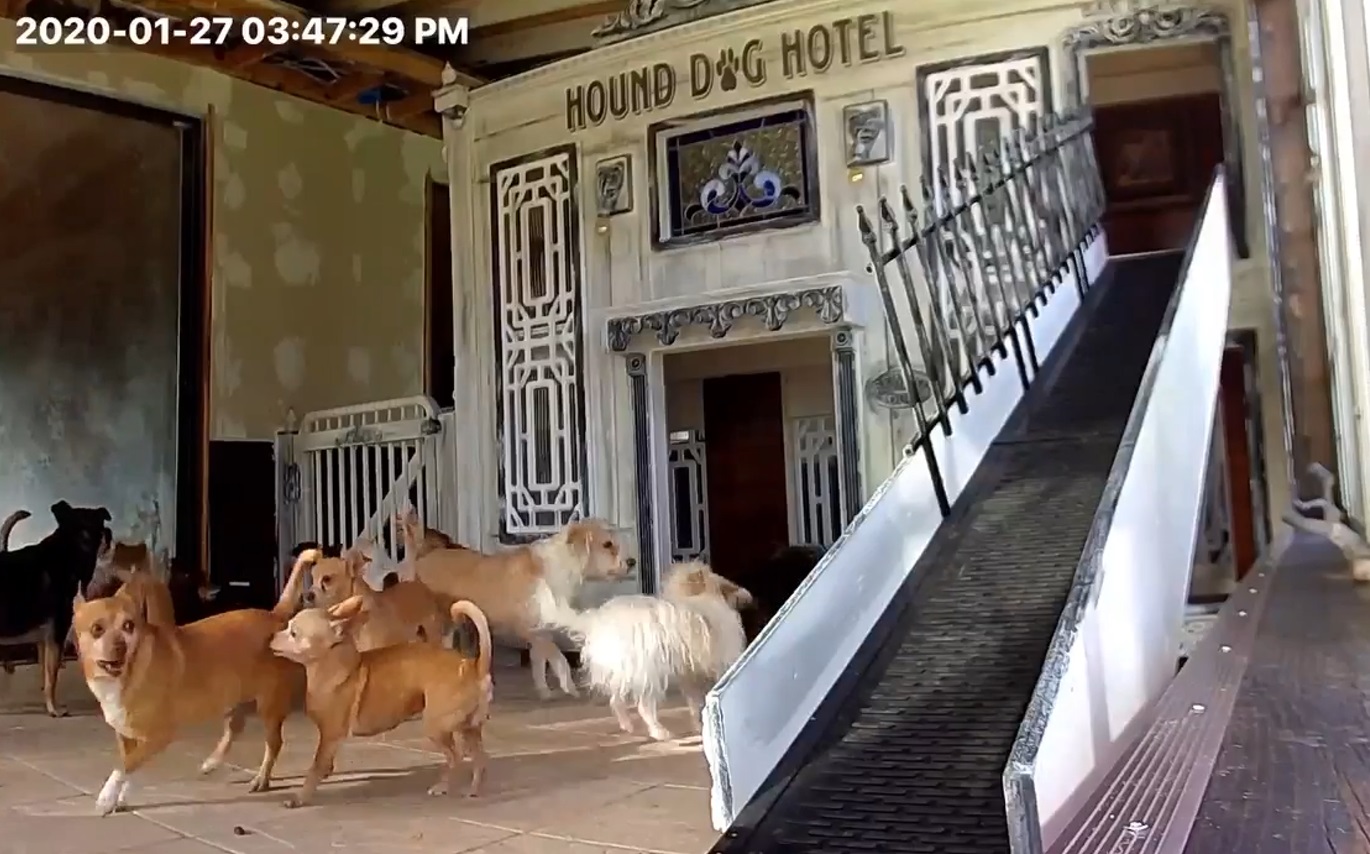 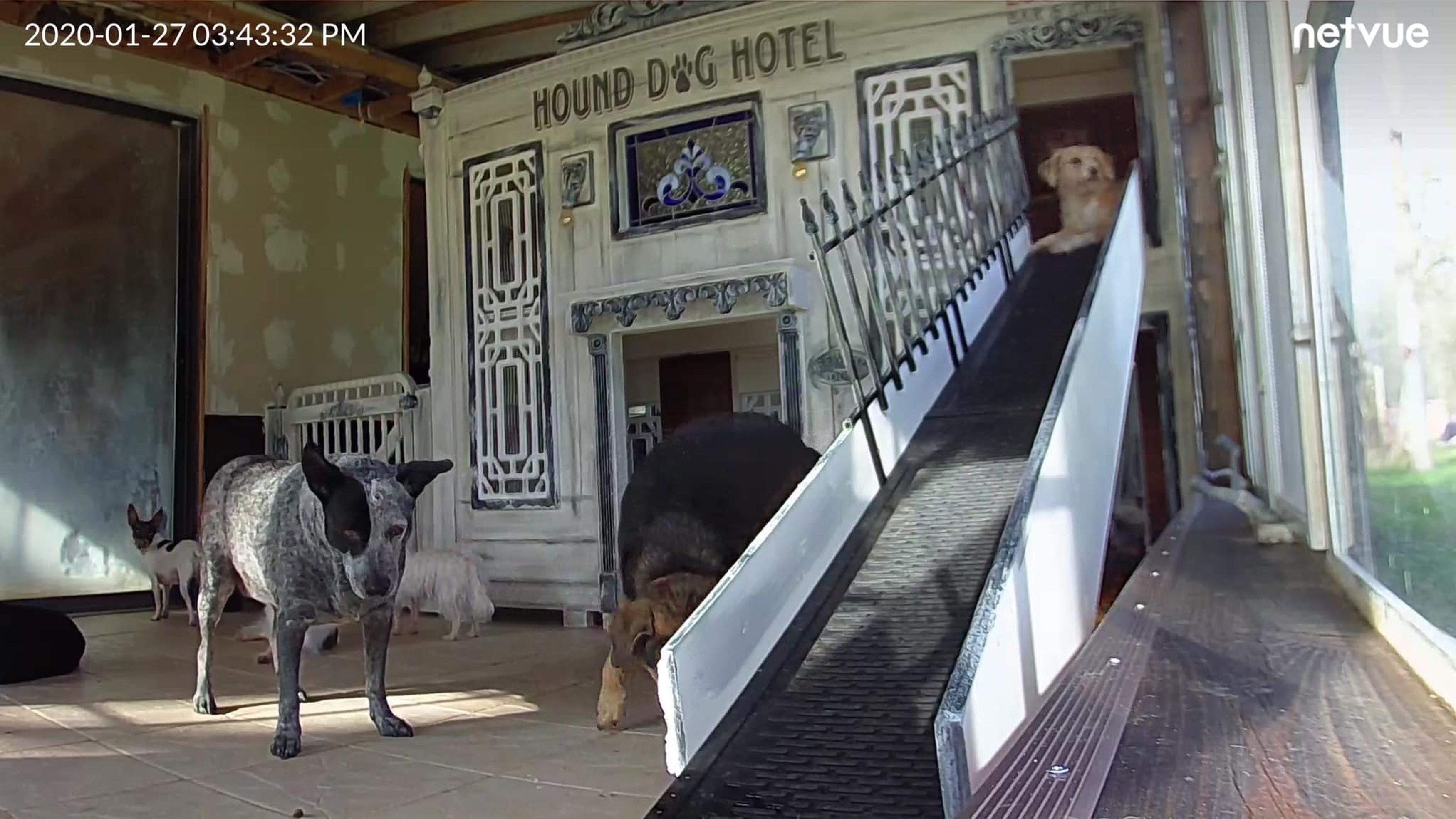 Will & Grace Promo Asks: Is Everyone Getting Married in Season 10?