Home » Lifestyle » Is Virgin Media still down? Here's how to check the status in your area and when it should be fixed

HUNDREDS of Virgin Media customers say they're still struggling to get online after an outage left thousands of users without internet.

At the peak of the problem, outage tracker DownDetector recorded more than 41,000 complaints from Virgin Media customers. 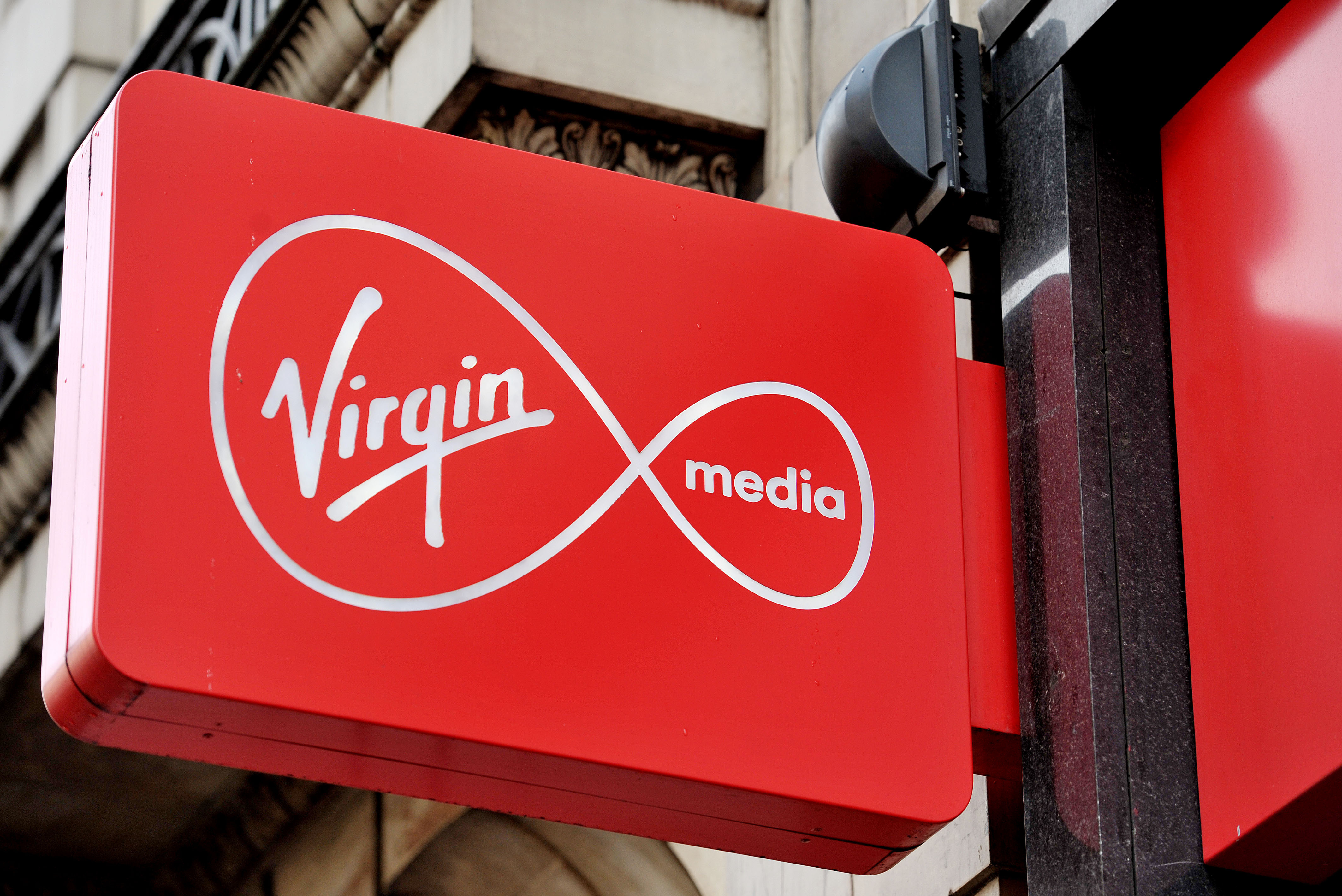 Areas including Birmingham, Nottingham and London were reported to be experiencing issues.

The broadband outages appeared to start shortly after 5pm on Monday, April 27.

Virgin Media, which has 3.2million customers, confirmed the issues in an update to customers.

Is Virgin Media still down?

The telecoms company told The Sun the problem was fixed this morning, April 28.

However, DownDetector is showing hundreds of users are still experiencing issues.

The My Virgin service status web page also confirmed there are still issues for some customers.

Virgin Media said the issue had seen "broadband drop for a minute or so every hour or two and then restore".

A spokesperson from the company said: "An intermittent broadband issue that started yesterday evening was fixed in the early hours of this morning.

"This was not caused by increased usage or a lack of capacity.

"We know how frustrating this was for customers and we sincerely apologise for any inconvenience caused."

When The Sun asked Virgin Media what caused the issue, the company said it was a technical fault.

How do I check the service status of Virgin Media?

Virgin Media has a dedicated web page where you can find out if there are any problems in your area.

To find out if there are problems in your area, enter your postcode.

When The Sun checked today using one London postcode, the My Virgin page said there is still an issue in our area. 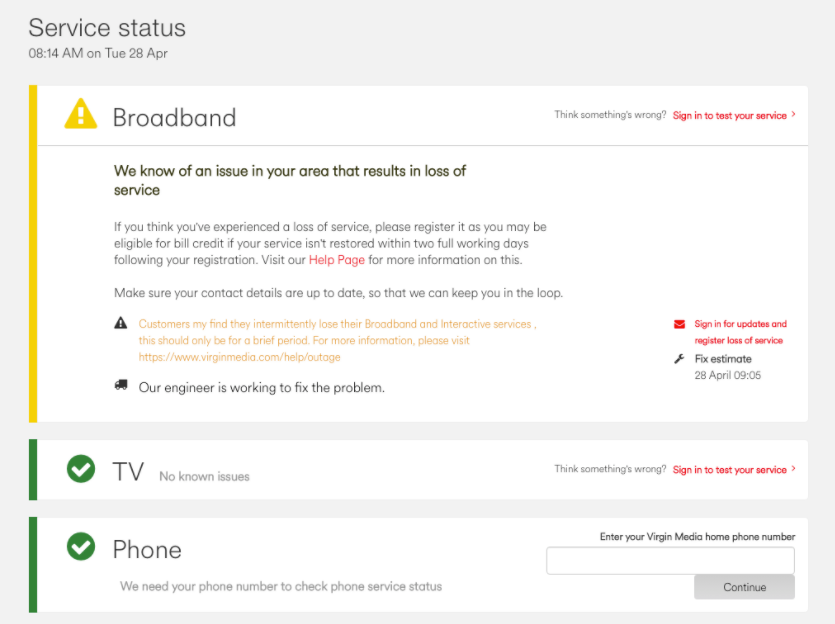 A message on the website reads: "We know of an issue in your area that results in loss of service.

"Customers may find they intermittently lose their broadband and interactive services. This should only be for a brief period."

The My Virgin page adds that it expects the issue to be fixed by 09.05.

Am I entitled to compensation?

Virgin Media is signed up to the Automatic Compensation Scheme, which makes it easier for customers to claim money back when their service goes wrong.

On this occasion, it's unlikely you'll get any compensation as the scheme only covers customers when internet goes down for two or more full days.

If you want to complain to Virgin Media about an issue with your connection, you can reach their customer service team on 0345 454 1111.

Do keep in mind that phone lines are likely to be extremely busy at the moment due to the coronavirus crisis.

You can also speak to Virgin Media via its live chat service.

Virgin Media customers were left fuming in February when they lost their TV service during the rugby Six Nations 2020 England versus Ireland game.

This was followed by another internet outage which left homes in Hampshire unable to get online in March.

In better news for the company, Virgin Media announced this month that it was giving customers 18 popular channels including MTV, TLC and Comedy Central for free.

Sky, Virgin Media and BT forced to stop you paying too much for broadband and TV

What time is Zack Snyder’s Justice League coming to the UK?