JAN MOIR: Yes, Rose McGowan has suffered but I can’t sympathise with this MeToo diva

Former actress and Harvey Weinstein’s accuser-in-chief Rose McGowan bowled into London this week, where she found disobliging locals less willing than in America to indulge her self-appointed aura of noble sainthood. Good!

On Wednesday, my colleague Sebastian Shakespeare reported that prior to her arrival for an interview at ITV’s Good Morning Britain studios, staff were shocked to receive a phone call from McGowan’s representatives making demands such as: ‘She must be met by someone of stature at reception.

‘Don’t refer to her as a star — she knows this and sees no reason to have this brought up. No eye contact. No direct questions. Don’t stand too close.’ 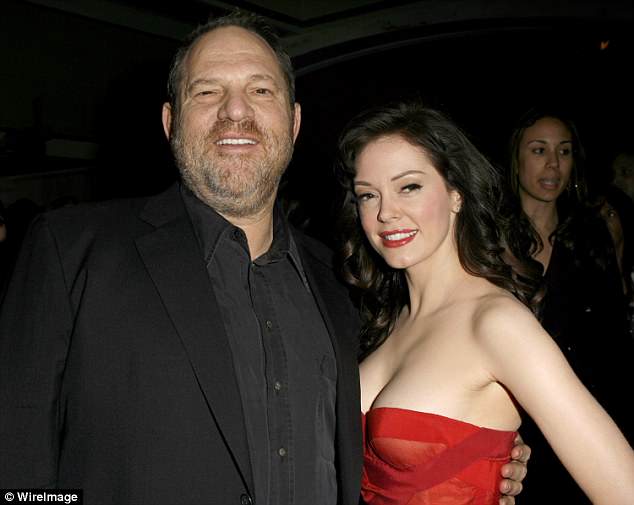 American actress and #MeToo trailblazer Rose McGowan was one of the first women to accuse disgraced media mogul Harvey Weinstein of rape, but has the fame gone to her head?

Miss McGowan’s minders further insisted that ITV should ‘not offer any refreshments or engage in any small talk. When departing you may thank her for her time, but only if she requests that conversation’.

Priceless, don’t you think? Here is a Hollywood woman calling for equality and blaming a powerful man for abusing his power by abusing her, yet using her own freshly hatched power-by-proxy to be demanding and difficult herself.

From the moment she first accused disgraced movie mogul Harvey Weinstein of raping her, McGowan has taken noisy pride in becoming an outspoken campaigner for the good of all women.

Yet the first chance she gets, here she is lording it over other women (and men), appearing to think they are several grotty fathoms beneath her. Not worthy of even looking at her!

I worked in the entertainment industry for enough years to recognise a blossoming messiah complex when I see it. And Rose is in the grip of a monstrous one.

Her journey from survivor to activist to self-appointed saviour has always been a slightly queasy progression to witness. 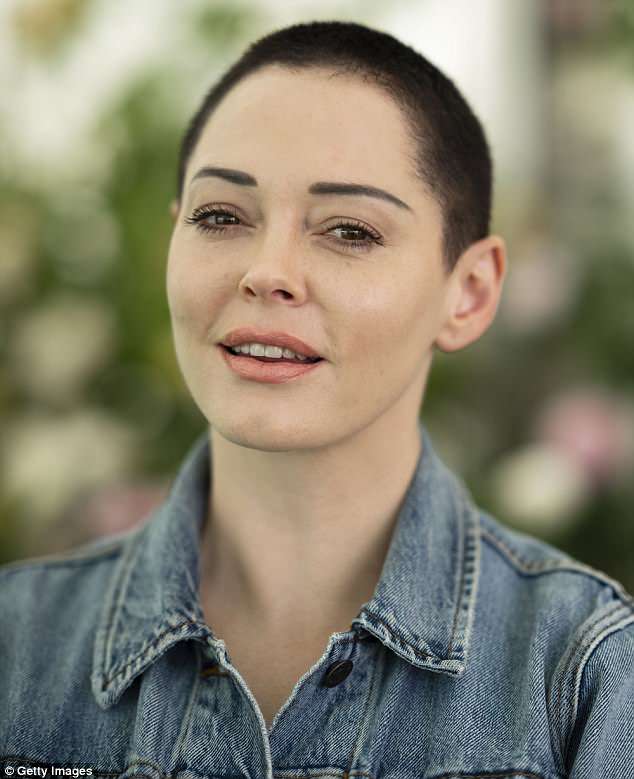 Prior to her arrival for an interview at ITV’s Good Morning Britain studios, staff were shocked to receive a phone call from McGowan’s representatives making demands such as: ‘She must be met by someone of stature at reception

Rose the shaven-headed deity would be more believable and ten times more convincing if she wasn’t so glutinously pleased with herself all the time.

When news leaked out about her diva demands, our girl went berserk, accusing the Mail and other newspapers who ran the story of being a ‘factory of filth’.

Hysterical nonsense, of course; whipped-up hype from yet another celebrity who uses the echo chamber of social media as a responsibility-free platform to extend personal commercial interests and pet peeves under the guise of a good cause.

That is why she is here in the UK, on a visit to promote her book, Brave — which chronicles her difficult life growing up in a cult in Italy and then her appalling alleged attack by Weinstein.

(Brave? Surely that is for others to judge, not her?)

McGowan was lionised at the Hay Literary Festival last week, and she is going to be the key speaker at the Edinburgh Book Festival in August.

She has become a poster girl for Hollywood sexual oppression, the #MeToo figurehead, the leader of the payback pack.

She shaved off her hair because she no longer wanted to look like a ‘fantasy f*** toy’, but seems unsure today if she is a victim or a warrior.

In the end, she settles on an unhappy combination of both. Yes she has been wronged and yes she has suffered, and I don’t argue that terrible things were done to her by awful men. 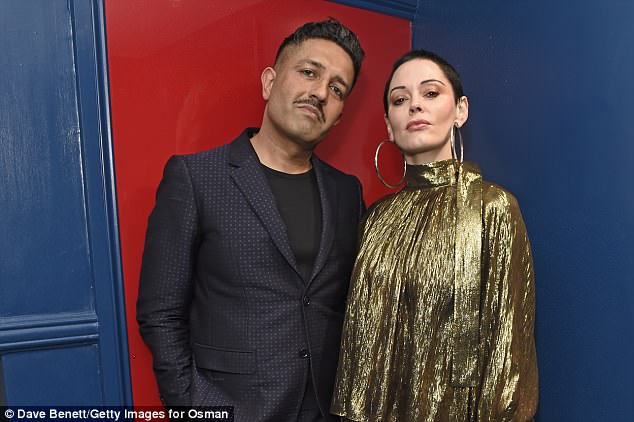 I worked in the entertainment industry for enough years to recognise a blossoming messiah complex when I see it. And Rose is in the grip of a monstrous one

My only worry is that she is making everything worse, not better for women in Hollywood — and elsewhere.

For example, those who dare to ask a question Miss McGowan doesn’t like are roundly abused or dismissed as stupid.

In an American documentary called Citizen Rose, she visits a feminist collective in Italy, where one woman asks her if she had sex with Weinstein because he had offered to ‘open the doors of Hollywood’.

She responded by storming off the set and sulking in a corner, like a toddler.

Why did she accept money and stay silent for 20 years, thus enabling her alleged abuser to carry on abusing?

And why was she subsequently photographed with Weinstein with his arm around her on many occasions?

Rose always has an answer.

Her management stopped her from coming forward. 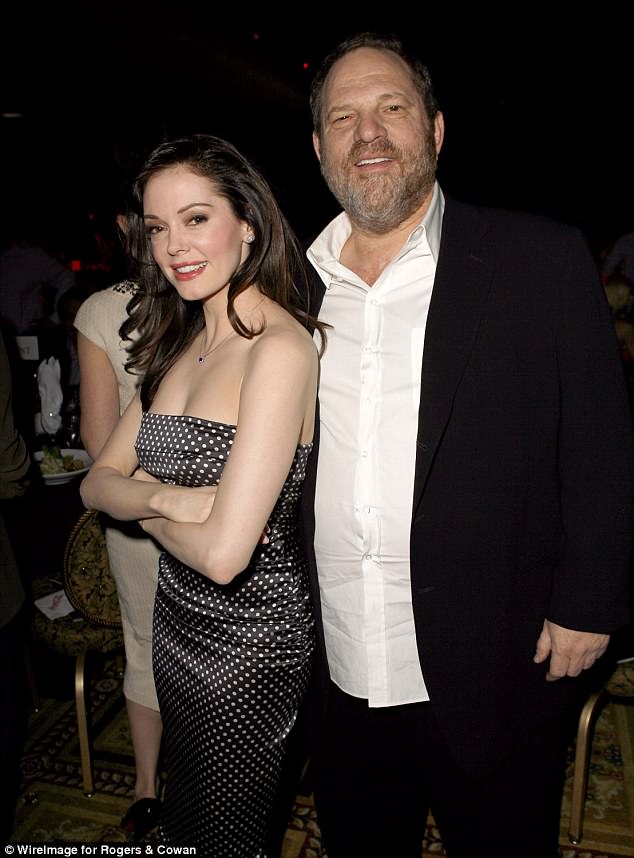 From the moment she first accused disgraced movie mogul Harvey Weinstein of raping her, McGowan has taken noisy pride in becoming an outspoken campaigner for the good of all women

The money was ‘the only way I could put the pig on notice I was not OK with what he did’. She wanted the money for therapy, to donate to a rape crisis and to buy a billboard proclaiming what he did.

I am sure she suffered terribly — her descriptions in Brave of Weinstein’s ugliness spare no pockmarked detail, but surely it shouldn’t have mattered what he looked like?

He is a beast who deserves what is coming, but in the end I am not sure I can entirely sympathise with Rose, who demands total, utter respect for herself, but treats others with utter disdain.

She says she is not really interested in having her rape claims tested in open court — that’s a system biased against women, doncha know? — but she says she would love to testify against Harvey Weinstein. Well, we shall see.

In the meantime, the truth is that she has become the worst kind of Hollywood diva, a celebrity who won’t even allow people to look at her.

Suzy and a lifetime of sorrow 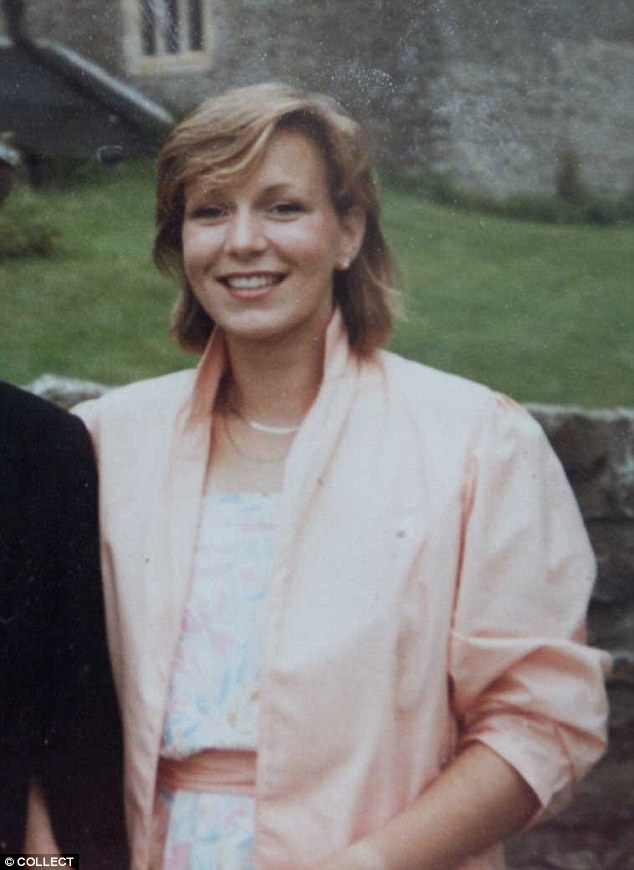 Estate agent Suzy vanished in 1986, never to be seen again. Not a trace, not a whisper, not a clue was ever found to suggest what terrible fate had befallen her

Sad to read that Paul Lamplugh has died at the age of 87. Like his wife, Diana, who died seven years ago at 75, they went to their graves without ever discovering what happened to their daughter.

Estate agent Suzy vanished in 1986, never to be seen again. Not a trace, not a whisper, not a clue was ever found to suggest what terrible fate had befallen her.

Her body has never been found. She was last known to be showing a client around a house in Fulham, not far from where I lived at the time. It seemed as creepy then as it does now; that a woman could disappear without trace, in the middle of a bustling city.

It was the summer of Madonna and Wham!, when Prince Andrew and Fergie had just married, and anything seemed possible. For the Lamplughs, the clocks had stopped for ever.

It was a credit to them that they launched a charity to try to make something positive out of their terrible loss. They wanted to help make other women safe, even although it was too late for their Suzy.

Ting-a-ling-a-ling! Hark, the silver bell of privilege tolls for thou, Mistress Stella McCartney, the struggling seamstress who made Meghan’s gown for her evening wedding reception.

Here she is on the BBC, talking utter baubles — fash-rubbish about how her dress was the Duchess of Sussex’s last chance to ‘reflect the joy and the human within her’ before becoming a member of the Royal Family.

Stella darling, it’s only a frock. As she waffled on about the end of Meghan’s life as she knew it, many must have wished that Sir Paul McCartney’s daughter might put a sock in it. 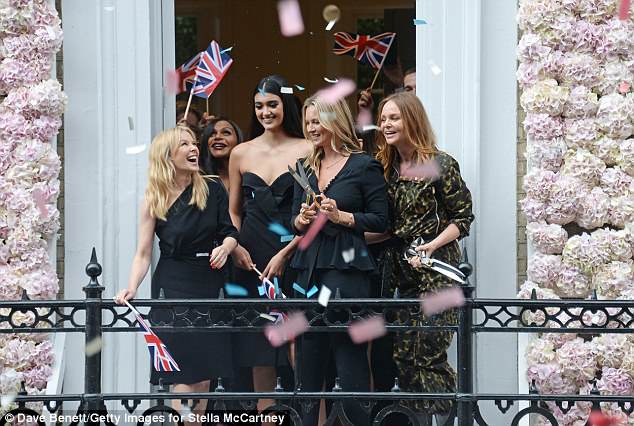 Preferably one of her own overpriced £45 ‘donkey socks’ from her range adorned with donkeys and ‘inspired by summers at the English seaside’.

To be fair, they have been reduced to £23 per pair on her website, but are available only in tiny sizes. Does anyone know a dwarf who might be a bit of an ass?

Sally Bercow is ordering a pair for hubby as we speak. Meanwhile, Stella opened a new shop in London this week, which was a chance for celebrity pals like Mossy and Kylie to give her a hand up — cos she needs it.

‘I think it’s quite rare to have a woman designer with her name on the door,’ said dopey Stella, conveniently forgetting Coco Chanel, Victoria Beckham, Vivienne Westwood, Donna Karan, Miuccia Prada, Diane Von Furstenberg and Margaret Howell, to name a few, who all have shops within a five-mile radius of hers.

Tinkle tinkle, till next week.

Oh, I am subsumed with auction envy. Have I mentioned my Chinese teapot before? I’m not saying I will never get over it, but I never will.

Renovating my London flat a few years ago, we found a Chinese teapot in a lacquer case inside a bricked-up cupboard.

I’ve always thought of myself as someone whose head wouldn’t be turned by sudden riches, but I sprinted all the way to the valuation department of Christie’s, knocking over grannies and treading on babies in pushchairs en route.

Meghan and the Queen on the royal train The Queen and the Duchess of Sussex had a sleepover on the Royal Train. How darling! I loved the photographs of the dinky carriages with their dolls’ house furniture.

I like to imagine HM and Meghan sitting around a three-bar fire in the snug with their pyjamas on, nursing cups of non-dairy cocoa and swapping information.

Now, Meghan probably knows all about the Privy Seal — ‘You mean, like wow, it’s not a royal animal?’ — while the Queen finally understands that Mac and Cheese is a comforting supper dish and not members of her close protection squad.

Lady Bird: Such a touching coming of age 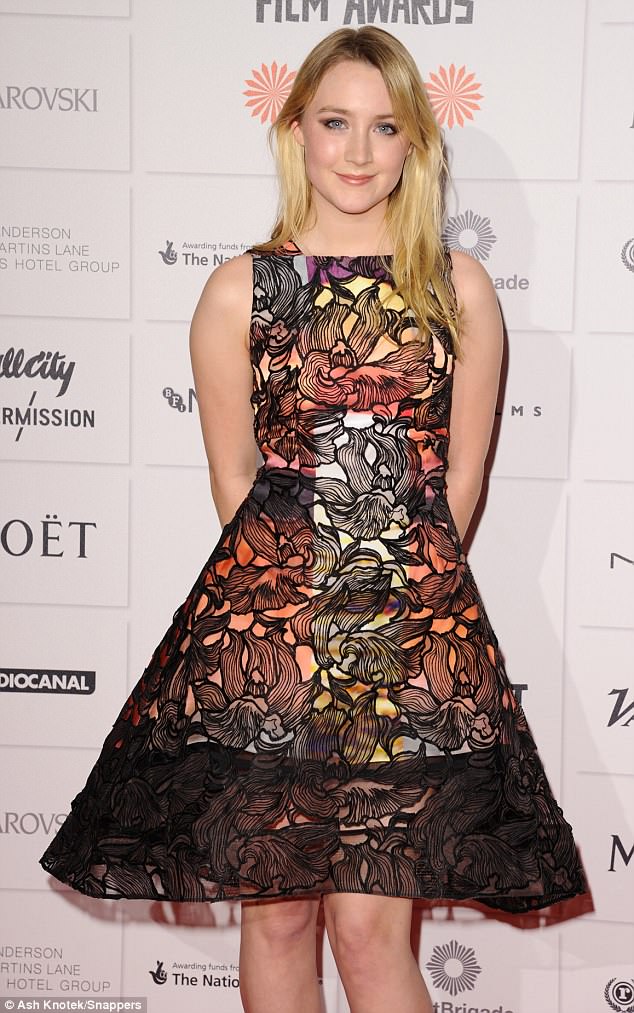 Lady Bird is out on DVD this month, a beautiful coming-of-age film starring Oscar-nominated Saoirse Ronan

Lady Bird is out on DVD this month, a beautiful coming-of-age film starring Oscar-nominated Saoirse Ronan.

She plays a wilful teen who hates her past, is tired of being poor, can’t get on with her mother and is determined to leave California for a good college and ‘some culture’ on the East Coast.

It might sound cliched, but rarely has the frangible progression from adolescent to adult been so beautifully portrayed.

It is fun and affecting, with Laurie Metcalf as the mother with whom Lady Bird can’t get along, without realising that they are more alike than they know.

A scene where they are arguing in a charity shop, until they fall upon the perfect dress for her prom — well, it says everything about mothers and daughters. A must-see!

Available from Universal on digital this month and DVD and BluRay on July 2.

Meet Robin Meade, the Morning News Anchor No One Wants to Mess With

Brian Dennehy, Versatile Performer in 'Tommy Boy,' 'Death of a Salesman,' Dead at 81