Joe Jonas and Sophie Turner eloped in Las Vegas after the Billboard Music Awards on May 1, but no one was supposed to know about it. The quick ceremony, which was literally officiated by an Elvis impersonator, was apparently supposed to be a secret from fans, but I guess Diplo didn’t get the message, considering he live-streamed the entire thing on his Instagram. Joe Jonas’ story about Diplo ruining his and Sophie Turner’s secret wedding breaks down how the live-stream even happened, and it’s hilarious.

In an interview the Jonas Brothers did on the UK’s Capital Breakfast With Roman Kemp radio show, Jonas revealed that despite the fact that Diplo recorded the entire wedding, making it believable that he was given the OK to do so, he was most definitely not given the OK!

"Diplo did. Yeah, he ruined it," Jonas said with a laugh when asked about his and Turner’s "secret" elopement. "I love Diplo, but he loves his ‘Gram more than a 13-year-old. He posts every five seconds. He literally, like, live-streamed with dog face filters." Jonas added that he and Turner weren’t mad about it, though.

"We just laughed, we loved it," he said. "We thought it was ridiculous. And I just love that he was walking into the chapel and he’s like, ‘Going to hit this wedding real quick,’ [in his Instagram Story]."

You can watch the moment where Turner and Jonas said their vows (with Ring Pops as the rings, classic) that Diplo wasn’t supposed to film here.

Jonas was then asked if he and Turner have a honeymoon planned now that they’ve legally tied the knot.

"We’ve got plans that we’ll be hush hush about, but yeah, we’ll make time for that," Jonas replied.

While the Game of Thrones star and the former DNCE crooner are officially married now, they’re still having a more official wedding in France later this year. They haven’t revealed when the wedding will be, but here’s hoping Diplo live-streams it with dog face filters. Turner and Jonas actually had to get married in the U.S. in order to make their nuptials in France later this year legal, so that explains why they opted for a quick Vegas ceremony.

Jonas kept his comments about the wedding and their honeymoon quick during the interview, but he did reveal that he was able to snag a memento from the Game of Thrones set for the home they share. 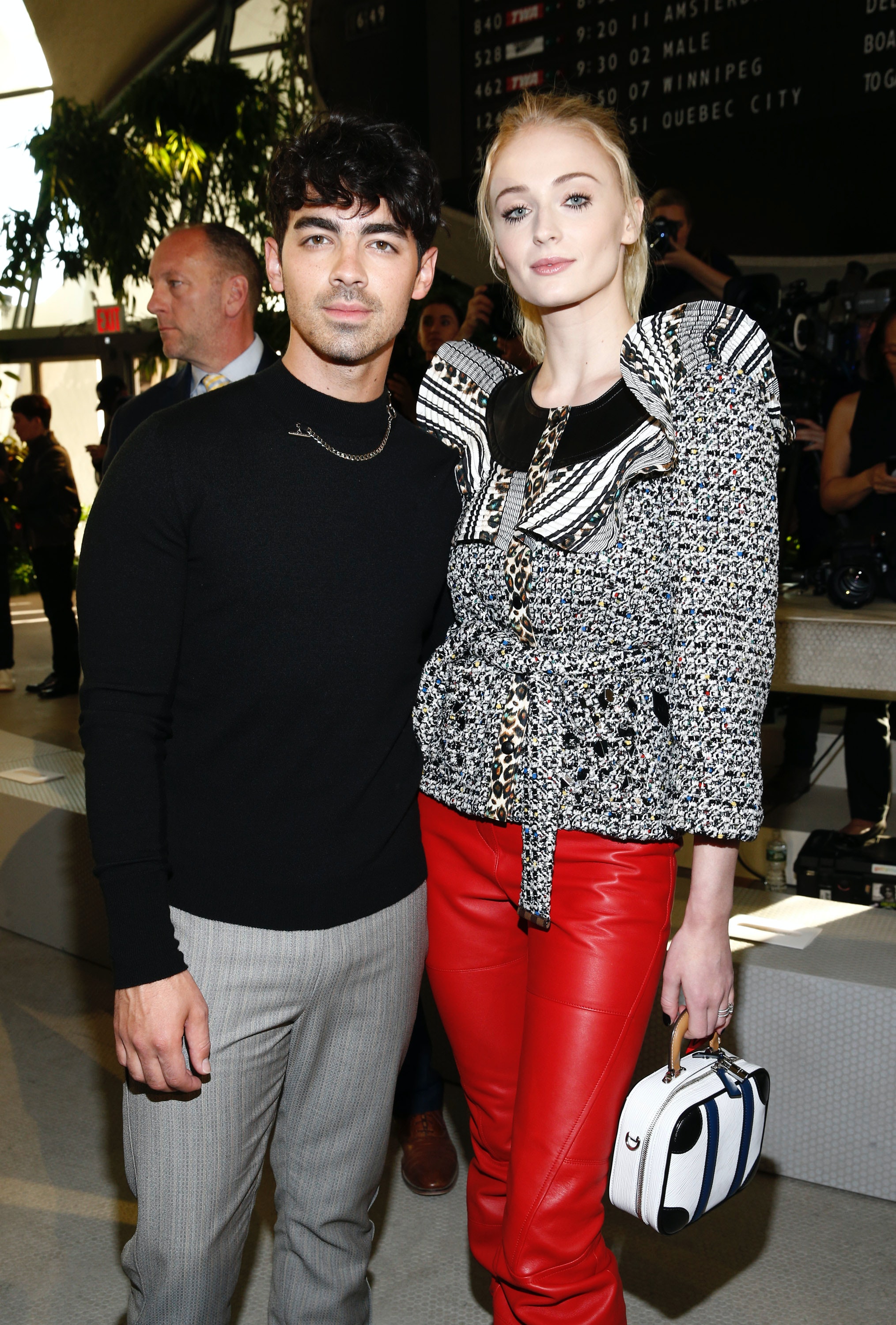 Kemp asked if he and Turner were able to steal anything from the set, given that he had interviewed other cast members who said they were only able to grab waterproof socks. Boring!

"How did you fare?" Kemp asked.

"I fared pretty well," Jonas responded. He didn’t reveal what exactly he took from the set, as he didn’t want to spoil anything from the final season for fans who haven’t seen it yet.

"There’s something in the promos, if you watch back, for Sophie’s character that is going to be sitting in our garden," he said. *Sprints to YouTube to look up the Game of Thrones Season 8 promos*.