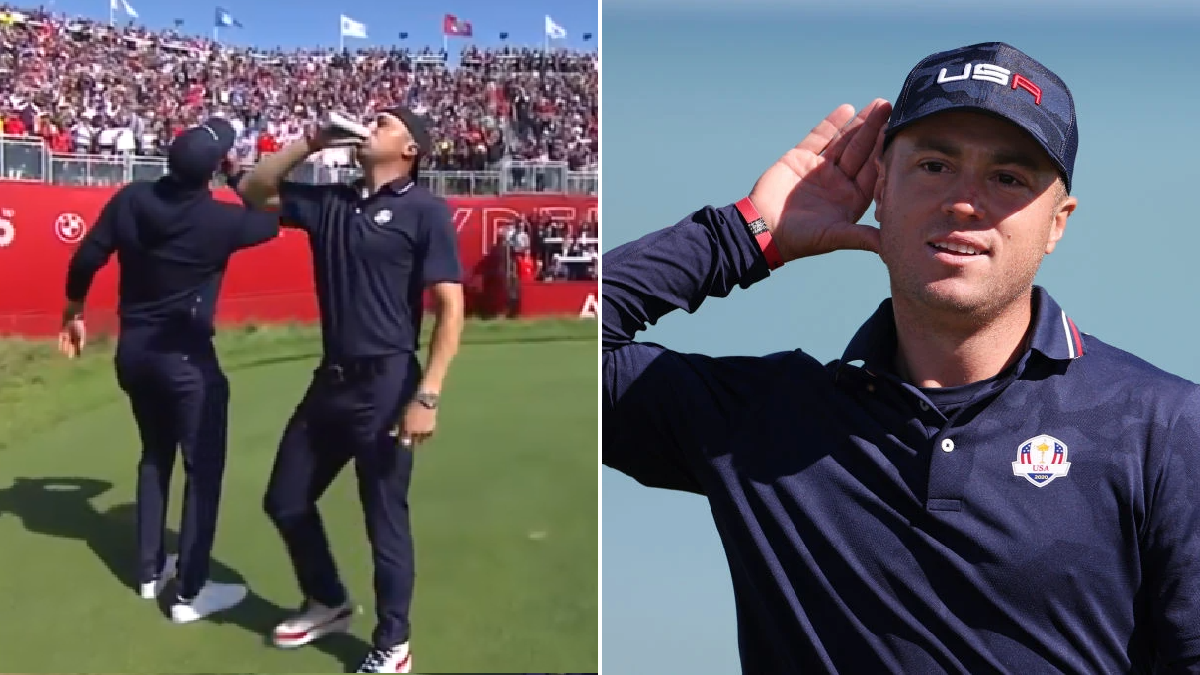 Team USA are already in the party mood at Whistling Straits as they close in on an emphatic Ryder Cup win, with the impressive Justin Thomas and Daniel Berger downing beers on the first tee ahead of Saturday’s fourballs.

Thomas teamed up with close friend Jordan Spieth to win a point for the United States in the foursomes earlier in the day and celebrated by gulping down a can of beer and spraying the rest over the first tee to the delight of the home fans.

The former USPGA champion was joined by Ryder Cup debutant Berger who earlier shared a loss with Brooks Koepka against Team Europe’s one shining light, the Spanish team of Jon Rahm and Sergio Garcia.

Thomas and Berger were both given the Saturday fourballs session off but were ramping up the home crowd on the first tee, chucking beers to the fans and even downing some themselves.

The United States have won all three sessions to open up a commanding 9-3 lead over Europe, needing 14 and a half points to win the Ryder Cup. Europe need 14 points to reclaim the trophy.

‘There’s no “musts” in this game, we would like to win 4-0, there is no certainties. The guys are pumped up and ready to go, they know what they have to do, so let’s get at it.

‘If you are struggling overall… individually in each match they have to make a decision, we’ve led out with Sergio and Jon Rahm to try and get some momentum, get early blue and let the lads follow that. Anything can happen in the singles.’