“Just like all of you, our family is in shock by the tragedy.”

Kim Kardashian and Kendall Jenner are speaking out on the Astroworld Festival tragedy.

On Monday, the “KUWTK” stars released statements on social media in response to the horrific incident that occurred during Travis Scott’s performance at the outdoor music festival in Houston, Texas on Friday night, which left at least eight people dead, hundreds injured and dozens hospitalized.

Travis is in a relationship with Kim and Kendall’s sister, Kylie Jenner, who shares 3-year-old daughter Stormi with Travis and is pregnant with the couple’s second child. 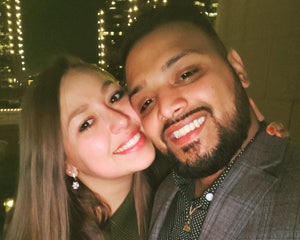 “Absolutely heartbroken for the lives who were lost and anyone who was hurt at Astroworld,” she wrote. “Just like all of you, our family is in shock by the tragedy.”

“We are keeping all of the victims, families and loved ones impacted in our prayers for healing – as well as Travis who we know cares so much about his fans and is truly devastated,” she added.

As for Kendall, 26, she took to her Instagram Stories, writing, “I’m still at a loss for words over the news from Astroworld. I’m truly broken for the families that have lost loved ones and my prayers go out to everyone involved.”

“Sending everyone who has been affected all of my love and wishing them strength during this incredibly devastating and sensitive time,” she added.

The model, who also appeared to have attended the concert, deleted her latest Instagram post. The photo featured herself standing behind Travis’ concert stage, which is called Utopia Mountain. “Will you be at the mountain?” she captioned the post. According to Fox News, the model altered the post’s caption in the wake of the incident on Friday, changing it to just a mountain top emoji. Per the outlet, Kendall caught heat for updating the caption and keeping the post up. However, Kendall has since removed the photo altogether. 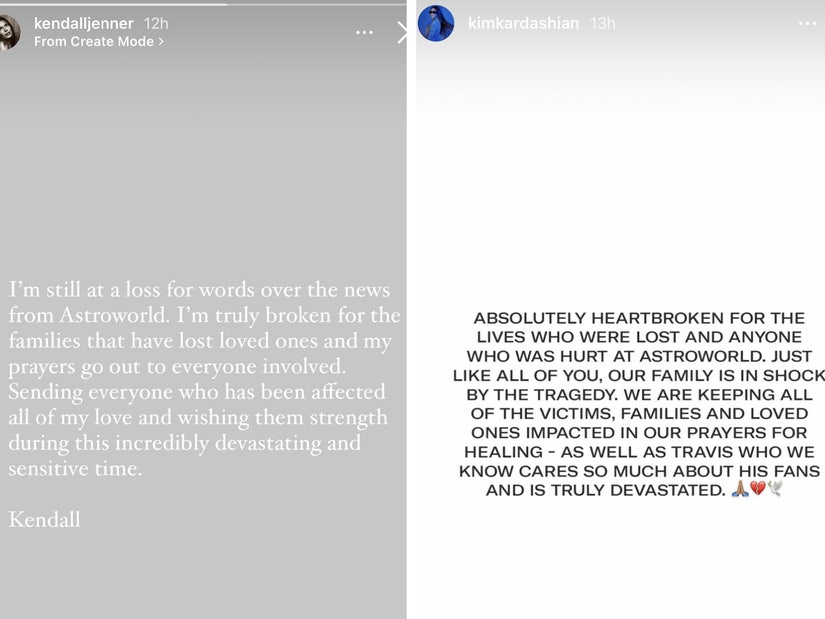 Although Kris Jenner and Khloe Kardashian haven’t released statements of their own, they reshared Kim’s post on their own Instagram Stories. However, Khloe, 37, was hit with backlash after she posted a series of photos of herself on Instagram on Monday, with many critics calling out the Good American founder for sharing sexy shots of herself following the Astroworld tragedy.

According to officials, the incident at the outdoor music festival at NRG Park in Houston, Texas on Friday night occurred when the crowd of 50,000 began to surge towards the stage after Travis began performing around 9 pm. As people at the front were becoming crushed, a panic ensued, the situation escalated and security personnel became overwhelmed, per reports.

Travis — who claims he was unaware of how serious things were getting as the crowd surged during his performance per TMZ — spoke out following the incident on Saturday morning, sharing that he was “absolutely devastated” in a statement posted to his social media.

“My prayers go out to the families and all those impacted by what happened,” he said. The rapper noted that he is working in cooperation with Houston PD and is “committed to working together with the Houston community to heal and support the families in need.”

Travis later took to his Instagram Stories, saying he’s “working right now to identify the families to assist them through this tough time.” He also added, “My fans really mean the world to me, and I always just really want to leave them with a positive experience.”

“Any time I can make out anything that’s going on, I’d stop the show and help them get the help they need, you know?” Travis explained. “I could just never imagine the severity of the situation.”

As for Kylie Jenner, who was in attendance at the concert, she had shared footage to her Instagram Stories from the event, including an ambulance trying to make its way through the crowd. However, she later deleted the footage. And on Saturday night, she broke her silence about the experience. 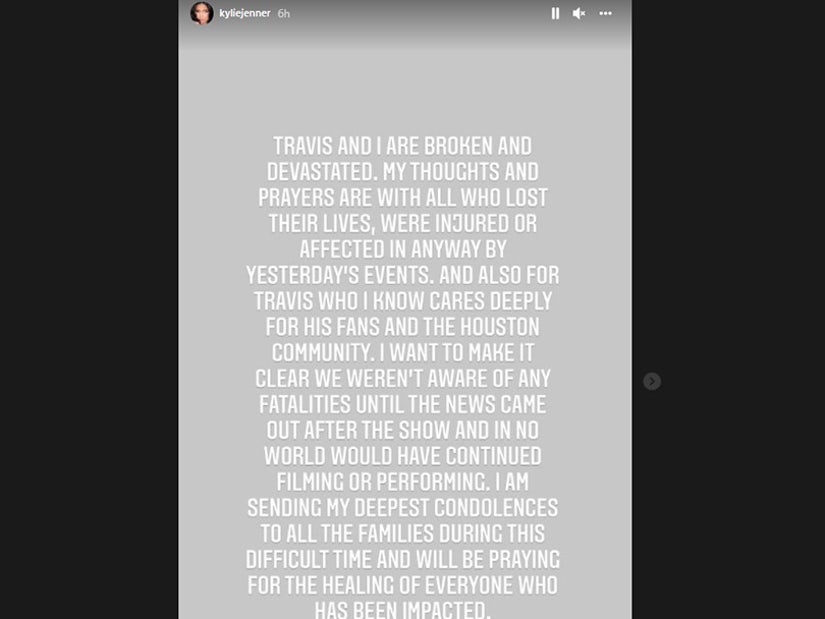 “Travis and I are broken and devastated,” she wrote in a statement shared to her Instagram Stories, above. “My thoughts are with all who lost their lives, were injured or affected in any way by yesterday’s events.”

She also shared sympathy for Travis himself, saying that he cares deeply about his fans and the community in Houston. Echoing what was reported by TMZ, Kylie also claimed that neither she nor Travis were aware of any fatalities until after the show was over.

“In no world would [we] have continued filming or performing,” she wrote. She concluded her statement with condolences and prayers for the families impacted.

In the days following the tragedy, Travis and Live Nation have continued to be hit with more and more lawsuits, per TMZ.

Meanwhile, according to TMZ, Travis has offered to pay funeral costs for the victims himself. In addition, Travis is teaming up with BetterHelp, a network of mental health professionals, to provide free mental health services — virtual therapy sessions — to those who went to the concert and may need to talk to someone following the traumatic incident. TMZ also noted that BetterHelp will be working with The National Alliance of Mental Illness for concertgoers who may require more help. There is also a hotline being set up as well.