Kim Kardashian and Pete Davidson ‘really happy together’ after vacation

Kanye West and Julia Fox had a very flirty week

Kim Kardashian shared some stunning snaps from her recent trip to the Bahamas with new flame Pete Davidson.

Kardashian, 41, posted a series of photos and videos from the tropical getaway to her Instagram Story on Friday, two days after she and Davidson, 28, returned back in LA.

The IG posts all featured a picturesque private beach with waves crashing in endless turquoise sea. In one boomerang video, a piglet could be seen dashing across the sand.

Kardashian and Davidson were joined on the vacay by her longtime friend Simon Huck and his husband, Phil Riportella. Huck posted a selfie with the bikini-clad SKIMS founder throwing up a peace sign while enjoying the beach. 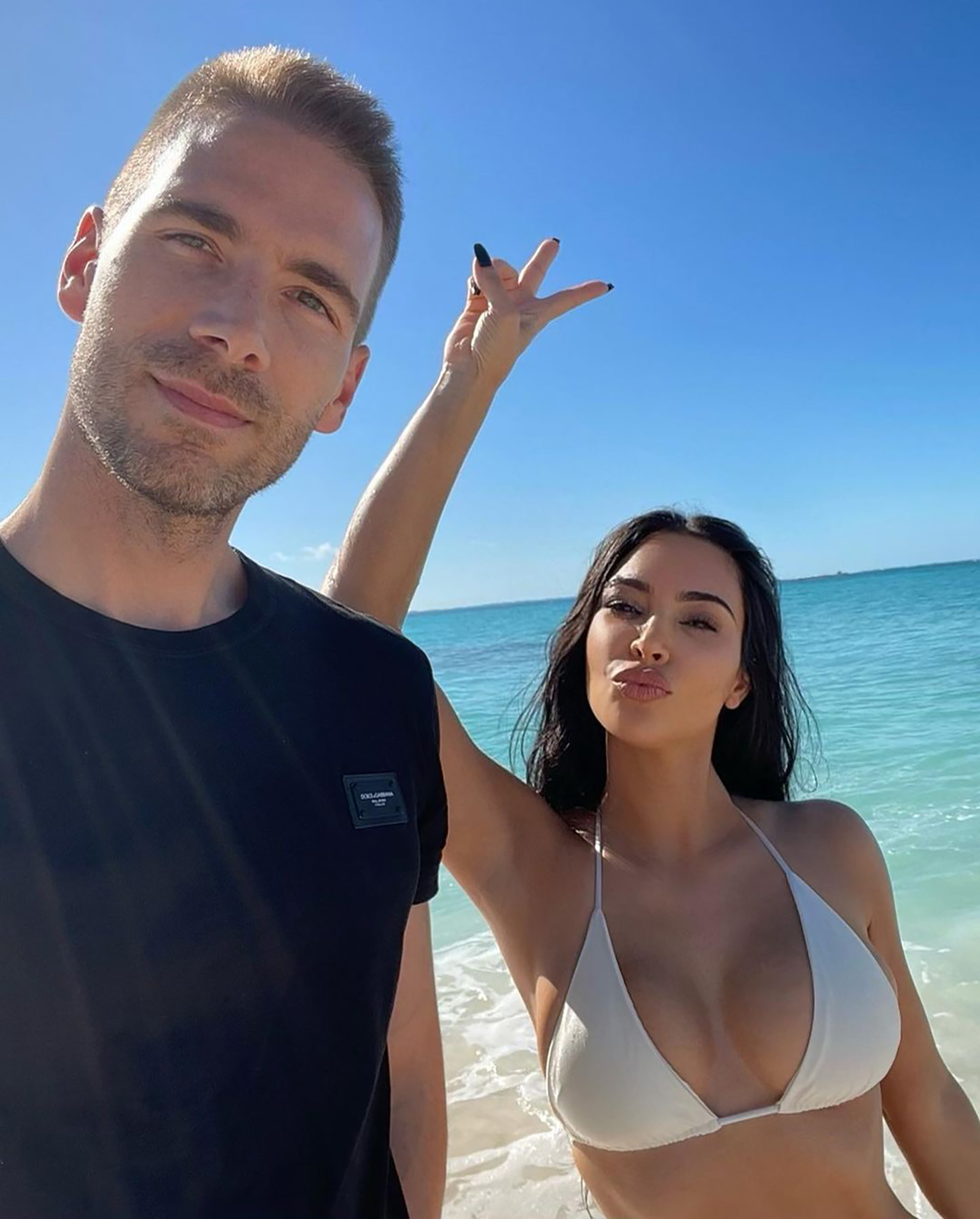 The “Saturday Night Live” cast member was not featured in any of the reality star’s images.

Earlier in the week, the pair was seen smiling on a dock after disembarking a boat. Although they weren’t seen holding hands or sharing a smooch, Kardashian and Davidson stuck close to each other’s sides as they were photographed. 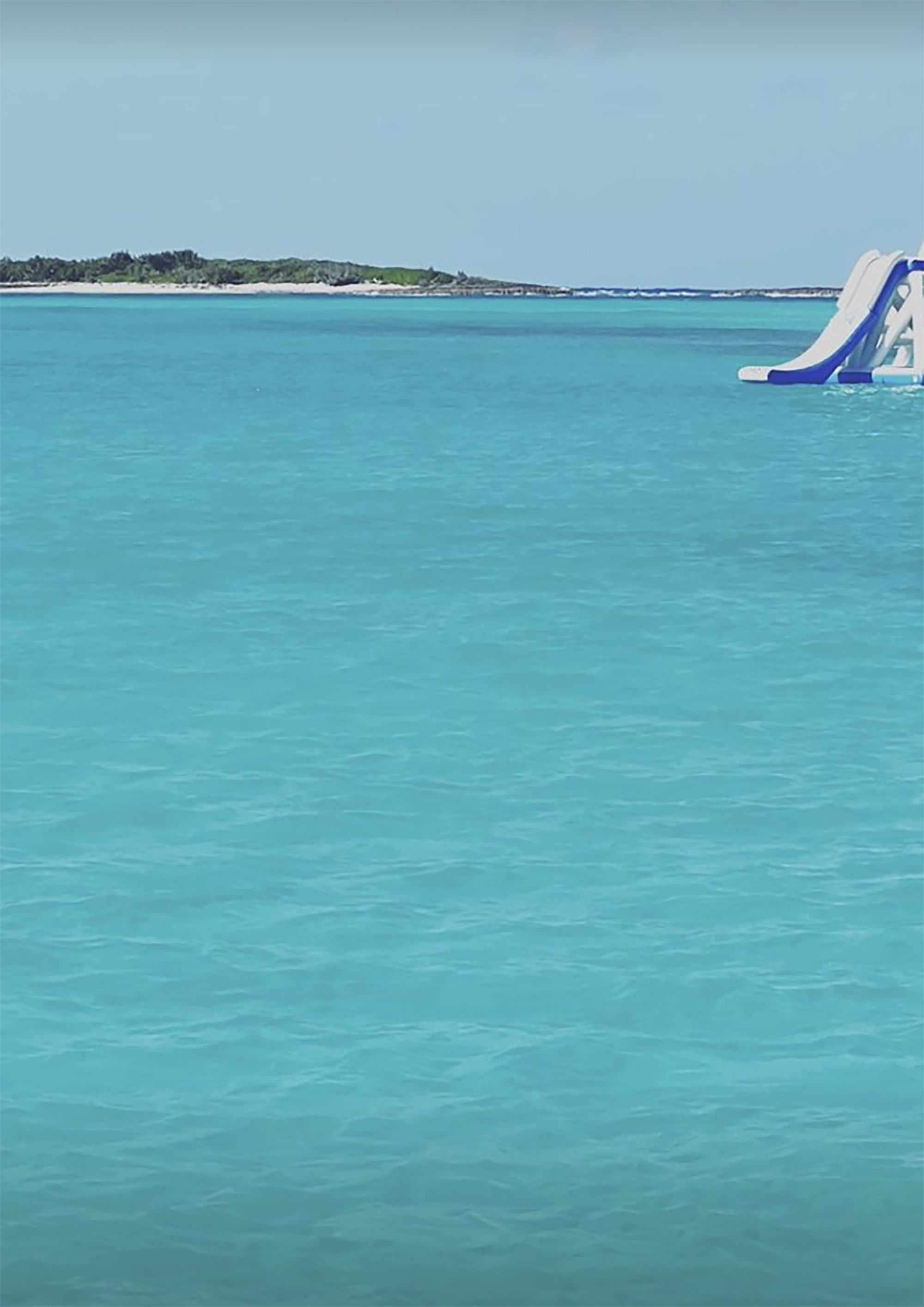 “Things are going great between them. They’re taking things slow, but both are really happy when they’re together,” the insider dished. 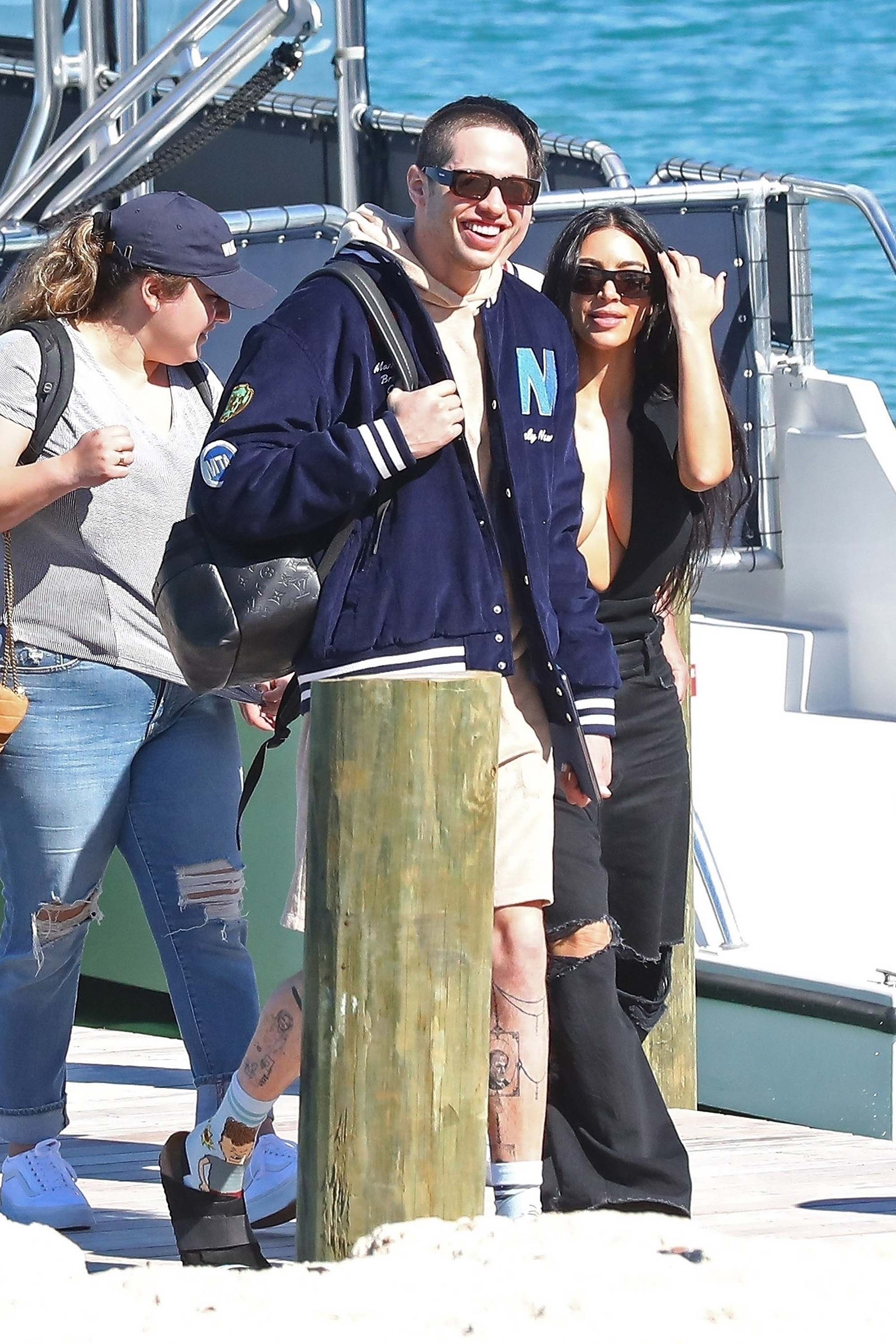 Another source close to Davidson told us that the “King of Staten Island” star admires Kardashian and “isn’t intimidated at all” by her success.

“He’s very supportive. He admires how successful she is and loves how down-to-earth, funny, smart and kind she is,” the source said. 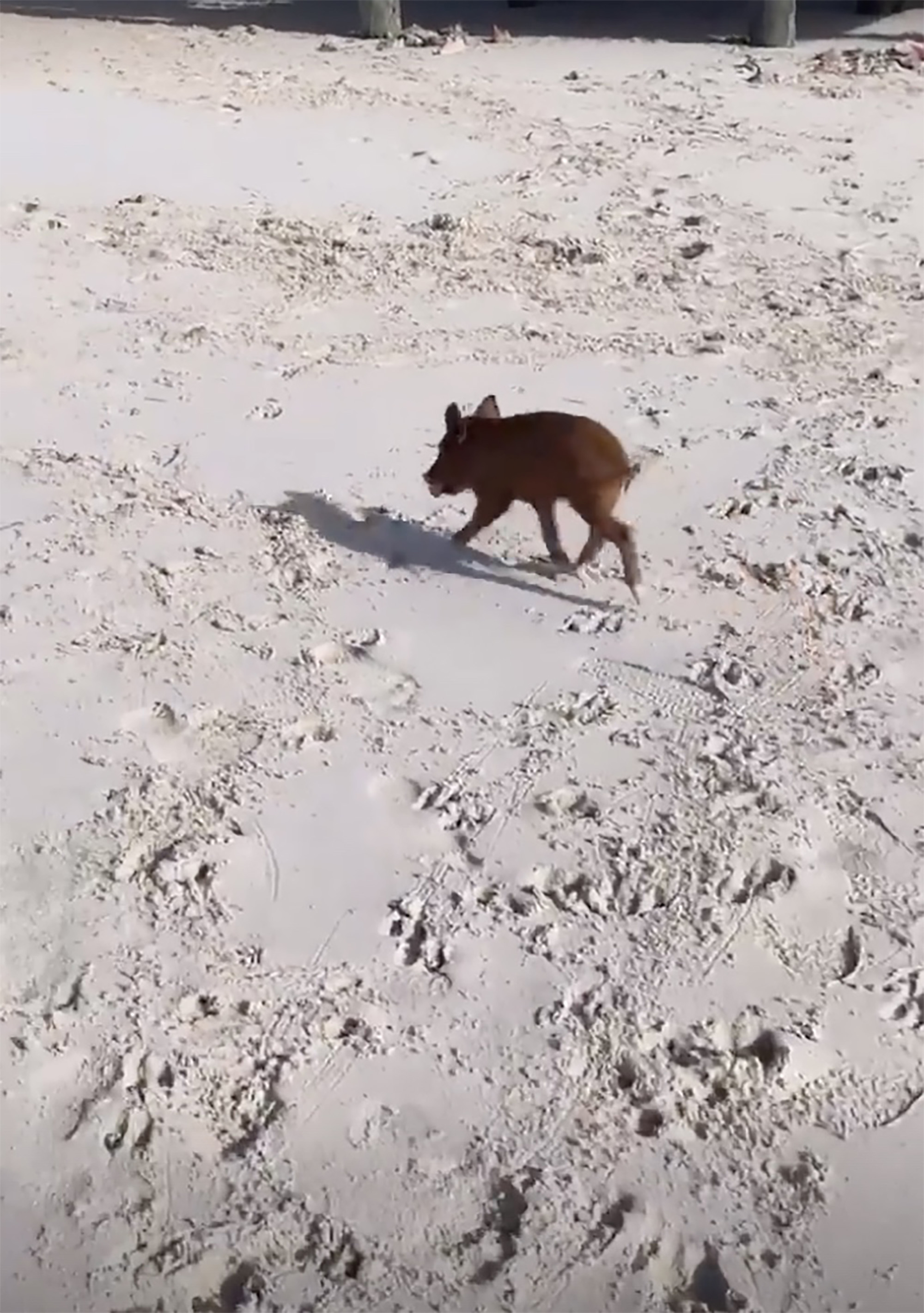 The couple’s recent trip marked one of the first times they saw each other since spending the holidays apart. Kardashian celebrated New Year’s Eve privately with her kids in Los Angeles, while Davidson hosted a New Year’s Eve special with Miley Cyrus – who the KKW Beauty CEO unfollowed on Instagram after the event – in Miami. 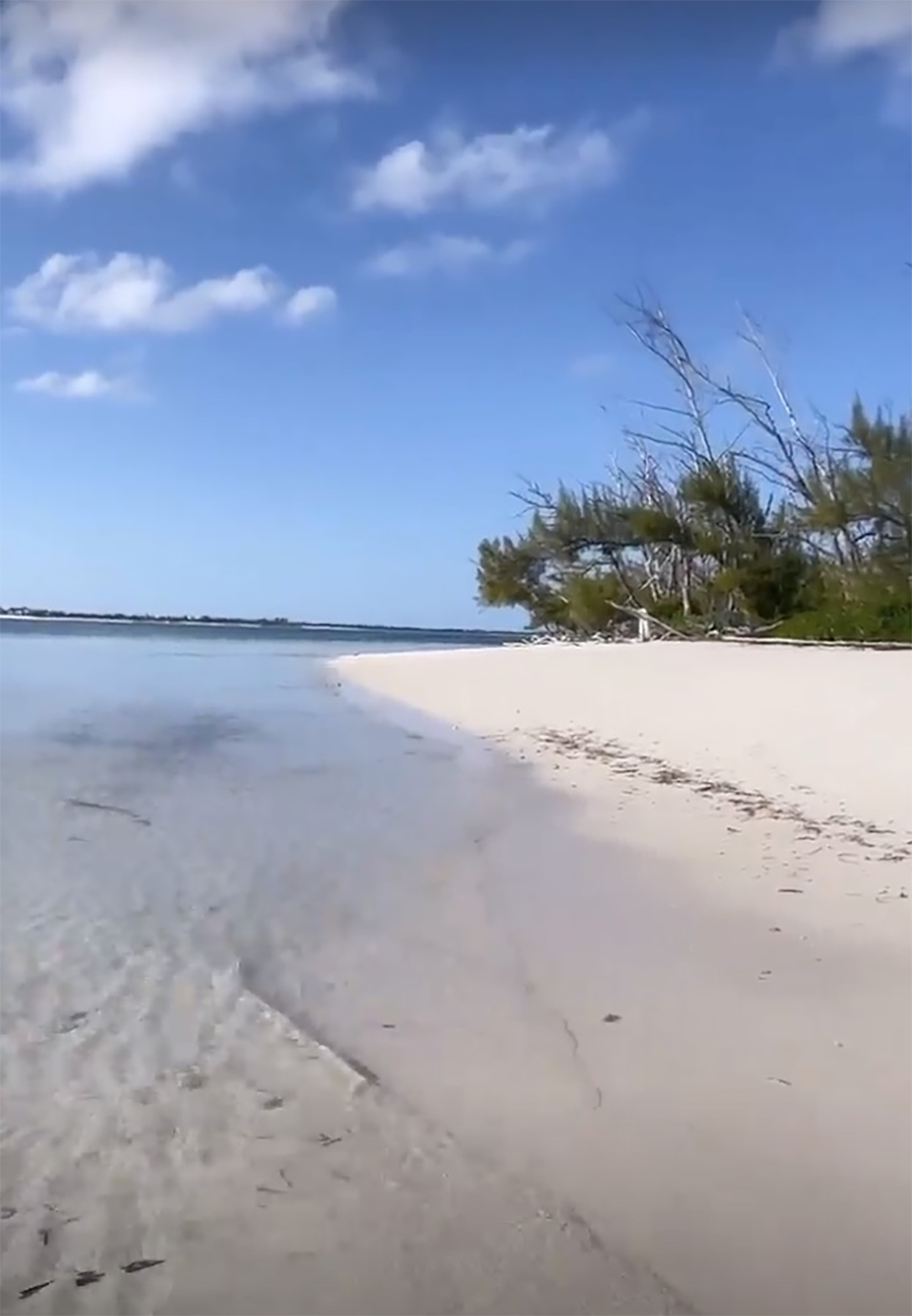 Meanwhile, Kardashian’s estranged husband Kanye West has been spending time with actress Julia Fox. The 44-year-old rapper and 31-year-old “Uncut Gems” star recently had a whirlwind weekend in both Miami and NYC, and posed together for an intimate “Interview” magazine photo shoot.

Priyanka Chopra & Nick Jonas Have a Busy Day of Meetings in L.A.