In a promo released on Thursday, October 7, the 40-year-old appeared totally confident ahead of the upcoming season 47 episode while standing beside musical guest Halsey and longtime cast member Cecily Strong. The reality star even introduced herself using her married name amid her split from Kanye West.

“Hi, I’m Kim Kardashian West and I’m hosting SNL this week with Halsey,” she said in one take as Strong, 37, peppered her with questions about her sketch comedy debut.

The Keeping Up With the Kardashians alum continued, “I don’t have to write sketches, do I? [Or] memorize lines?” 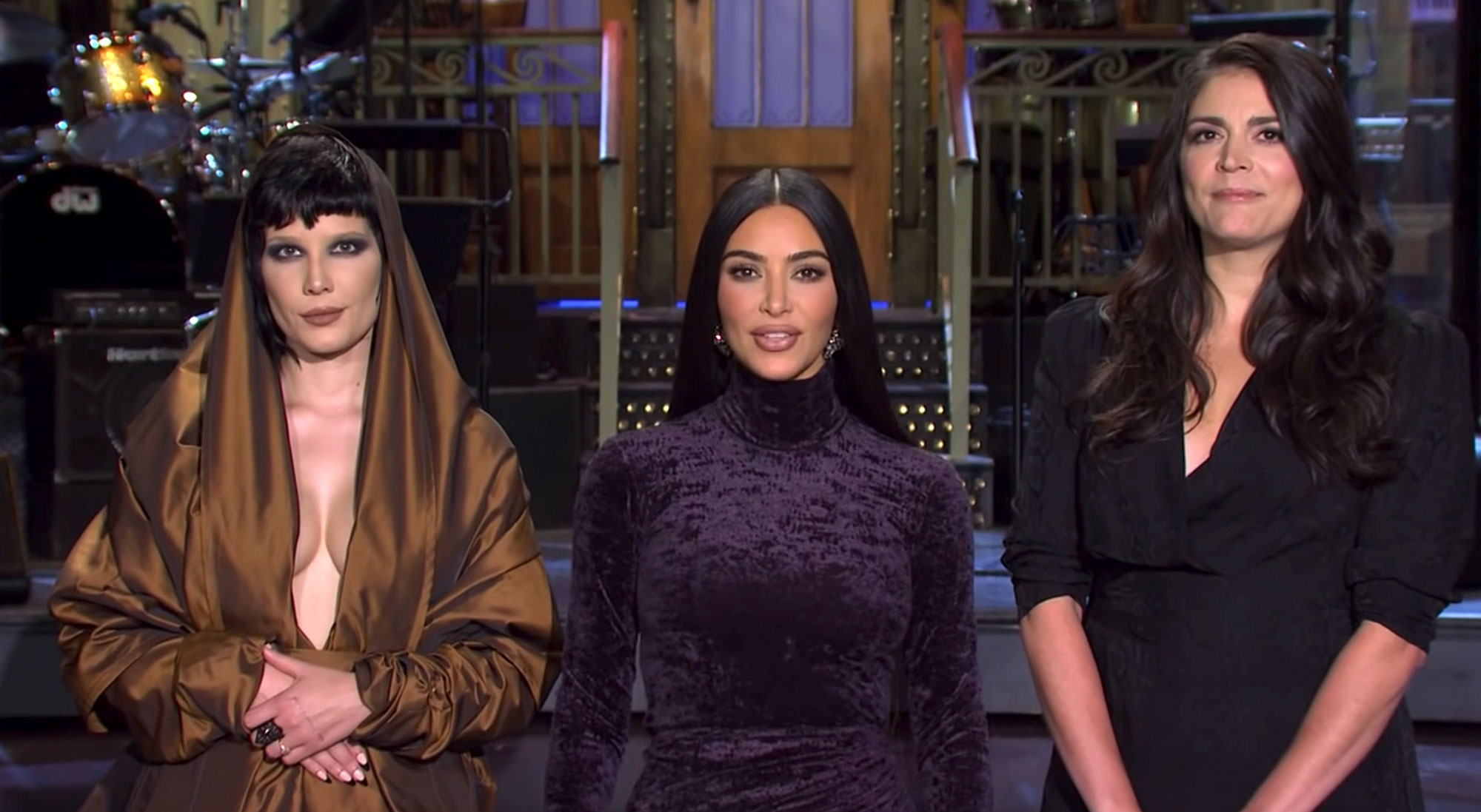 When the Schmigadoon! star reassured her that the writing will be handled by pros, the Skims CEO asked, “Everyone else won’t look as good as me, will they?” before teasing, “This is so easy.”

Last month, the California native was announced as one of the first four hosts of the current season. She follows Owen Wilson and Kacey Musgraves, who took on the premiere episode on Saturday, October 2. Rami Malek and Jason Sudeikis are set to round out the month, with musical guests Young Thug and Brandi Carlile, respectively.

News of Kardashian’s SNL gig was met with mixed reactions. Over the years, she and her famous family have been parodied by several cast members, but this is the first time she’ll take the historic New York City stage herself. While some fans kept an open mind about the makeup mogul’s comedic chops, others weren’t so excited, including Debra Messing.

“Why Kim Kardashian? I mean, I know she is a cultural icon, but SNL has hosts, generally, who are performers who are there to promote a film, TV show, or album launch,” the Will and Grace alum, 53, tweeted in September. “Am I missing something?”

The Selfish author’s turn as host comes amid her split from West, 44, with whom she shares children North, 8, Saint, 5, Chicago, 3, and Psalm, 2. The pair were married for nearly seven years before Us Weekly confirmed in February that Kardashian filed for divorce. However, the estranged couple have remained close in the months since calling it quits, with Kardashian even attending — and participating in — the musician’s Donda listening parties.

“They have a more of a friendship and working relationship as they coparent,” a source exclusively revealed earlier this month after the duo were spotted at dinner together in Malibu. “They’re not back together.”

A second source previously told Us that while Kardashian “has been hesitant” to give things another try, the Yeezy designer is holding out hope that a reconciliation might be in their future.

“Kanye wants to get back with Kim,” the insider said in September after the twosome recreated their Italian wedding at one of West’s album events. “[Kanye] sees the two of them together and wants to make that a reality now. He has been trying to get back in her good graces again and it seems to be working.”

Is Virgin Media still down? Here's how to check the status in your area and when it should be fixed

Nurse, 61, is crushed to death by backhoe in Brooklyn intersection