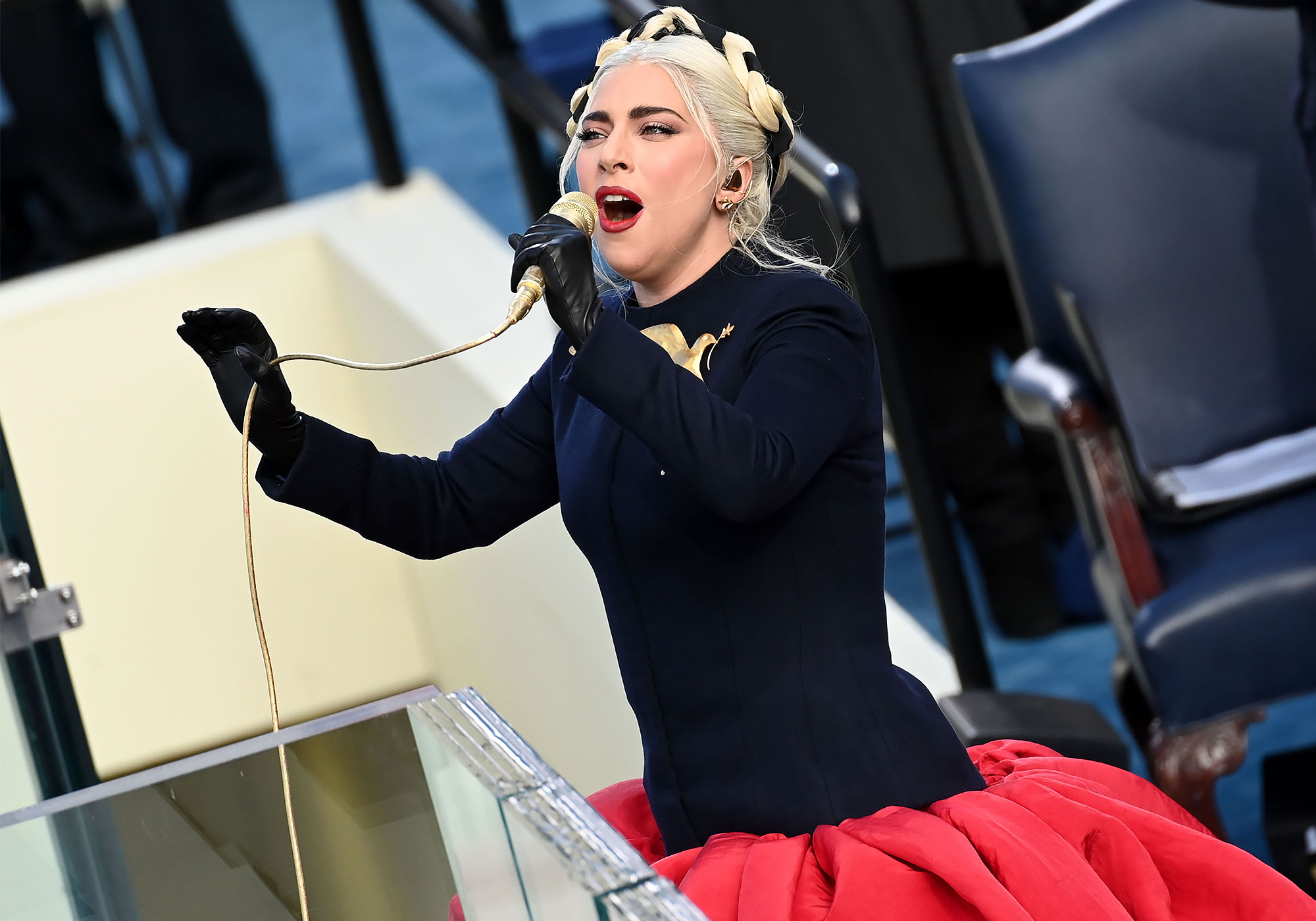 Made of metal! Lady Gaga made a major fashion statement when she performed at President Joe Biden’s inauguration, but it turns out there was a lot more to her look then met the eye.

At the time, the 35-year-old singer sparked comparisons to the Hunger Games’ Katniss Everdeen, who was played by Jennifer Lawrence, thanks to her dove pin. But flash forward to present day and the star has her fans buzzing about something else entirely.

In a Monday, November 8, interview about her Life in Looks with Vogue, the House of Gucci actress revealed that her dress from that day in DC was actually bulletproof. 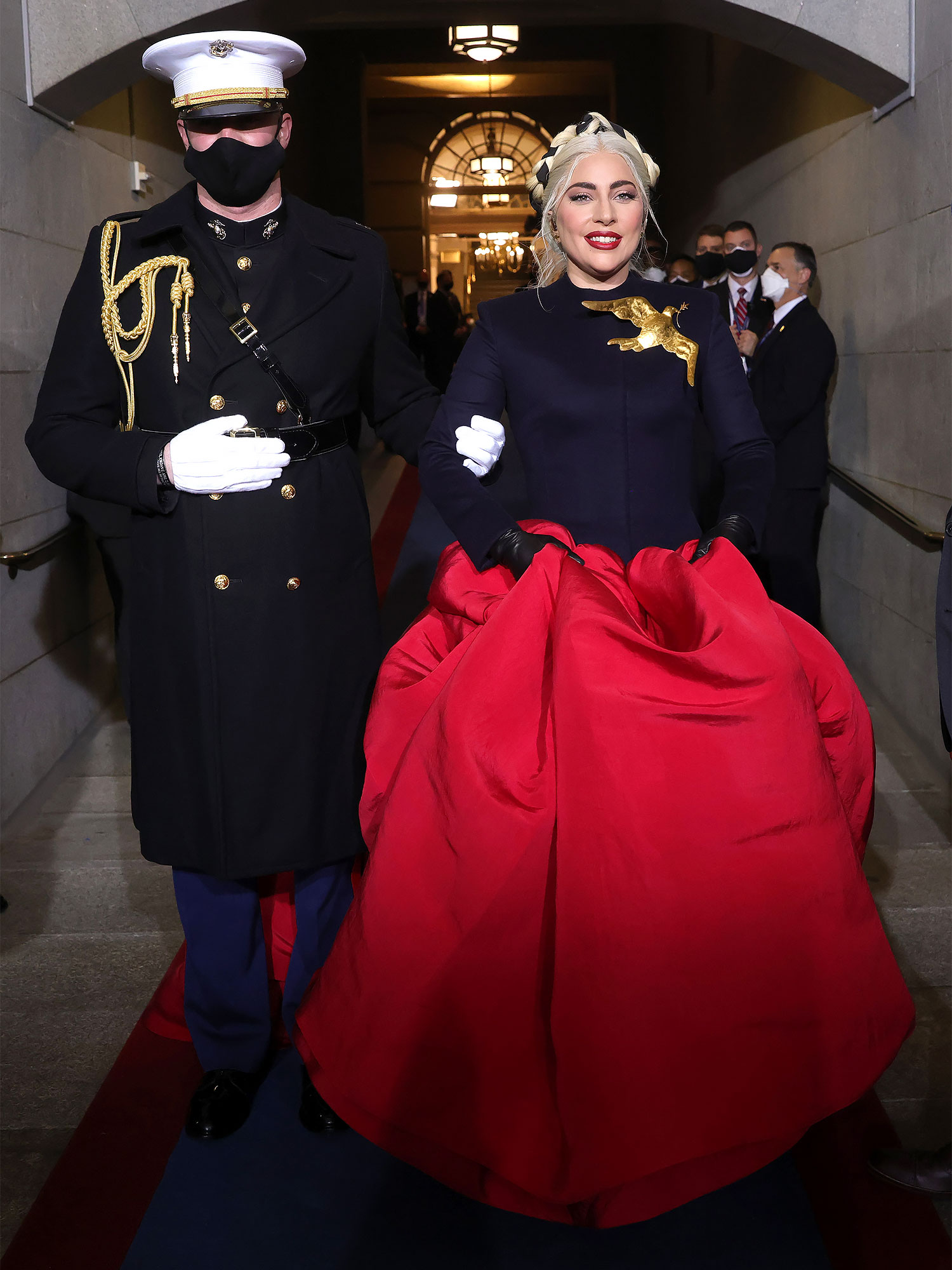 “This is one of my favorite things I’ve ever worn,” she said in the 20-minute video. “I wore this Schiaparelli design for the inauguration and nobody knows this, but this is a bulletproof dress.”

The metal make-up wasn’t the only reason Gaga gravitated toward the design — the brooch was actually the selling point. “When I saw that golden dove, I just knew that this was the right piece and I knew Schiaparelli, being an Italian fashion house, it was something that I really, really wanted to do for my heritage as an Italian-American woman.”

She went on to explain that prior to performing, a “young man” asked her if she was nervous. And while she admittedly was, she believed that “fashion really can give you wings like a dove.”

Gaga placing such symbolism in fashion is a recurring theme, as the same holds true for the time the “Bad Romance” singer went to meet Queen Elizabeth in 2009. For her meet and greet, she chose a red, latex design by Atsuko Kudo.

“I wanted to dress like a queen in British fashion and I also wanted to do it in my way,” she revealed. “We thought that we [would] give this look of a queen a modern twist by making it in latex.”

Gaga went on to explain that at the time, Atsuko Kudo was one of the only designers tailoring latex “in this way,” so he was the obvious choice. The final product featured padded, puff sleeves, an old-fashioned collar and a floor-length hem.

Of course, the Haus Labs founder upped the ante on her outfit with fabulous glam. She donned sequin embellishments around both of her eyes and a bold red lip. Her blonde hair was styled in bouncy, Old Hollywood-inspired curls.

The Quarantine Stream: 'Avengers: Endgame' Takes on a Whole New Meaning During the Coronavirus Pandemic

Kim K. Says Her Strategy to Find Love Is 'Not Working' After Pete Split

Every Pair of Boots You'll Want to Wear This Fall