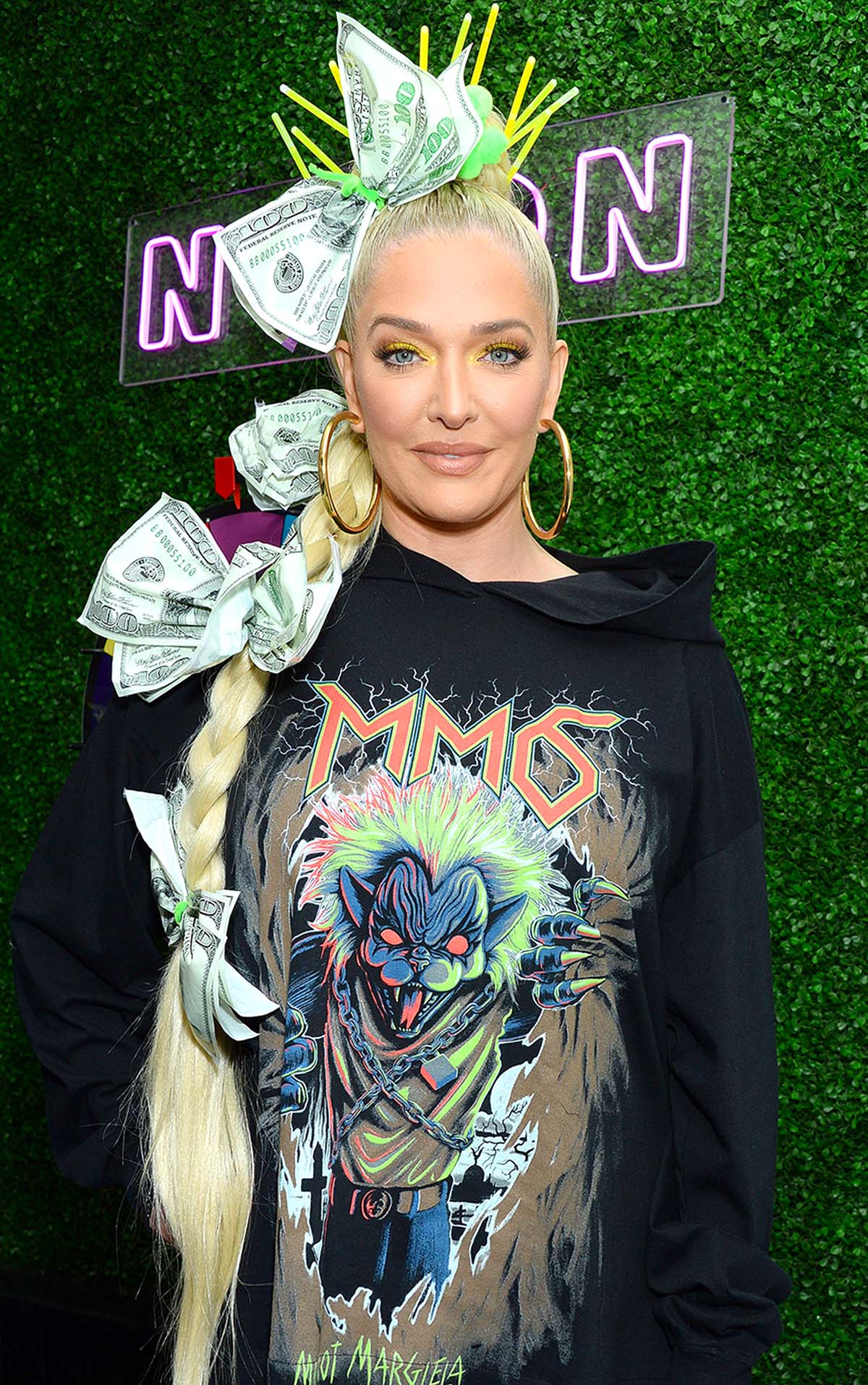 “I mean there are reports that she’s making as much as $600,000 for the [Real Housewives of Beverly Hills] season,” Edelson said on the “Reality Life With Kate Casey” podcast on Wednesday, October 13. “And she’s got her glam squad and, you know, we all have to cry along with her.”

The Pretty Mess author, 50, made headlines in December 2020 after she and Tom, 82, were accused of embezzling funds intended for the families of plane crash victims in a class action lawsuit by Edelson’s firm. She has since been sued for $25 million for her alleged part in the bankruptcy case, with court documents claiming Tom’s former firm, Girardi Keese, covered expenses for Erika’s glam, PR team and more while they were married.

Erika, who filed for divorce from Tom in November 2020, has maintained that she knew nothing of her estranged spouse’s alleged legal wrongdoings. Edelson, however, pointed out how the Housewife’s actions on season 11 of the Bravo series are somewhat suspect.

“This whole thing [she said of], ‘Oh, I’ve got these homes I’ve never even heard of. Let me Google where they are.’ All of it is just so tone deaf,” the lawyer said on Wednesday’s podcast. “Her character, the one that she’s portraying is this, ‘I’ve got tons of money and I don’t give an F.’ That’s totally fine. That’s great. It makes great reality TV. But it stops the second you stole money from widows and orphans.”

Edelson explained that once Erika became aware of the legal scandal surrounding Tom, she should have “changed tacks” and done something positive for the victims.

“Maybe, you want to do something to actually make sure those people are made whole. She could do that,” he added. “She could do a fundraiser in a second and pay off the $2 million in the judgment that are owed to these people.”

Edelson further claimed that Erika’s revelations during season 11 of The Real Housewives of Beverly Hills has been helpful to their case against both her and Tom.

What We Know About ‘RHOBH’ Season 11 Reunion

“This season of Real Housewives, as painful as it has been to watch — just because I’m watching through the eyes of the victims — it’s given us a lot of evidence,” the attorney said on the podcast. “On TV, you can say whatever you want, under oath, you got to tell the truth.”

Although the case against her is still ongoing, a source exclusively told Us earlier this month that Erika is looking to season 12 of RHOBH and plans to renegotiate her payday based on her public drama.

“The ratings were off the charts because of her story line and what she’s exposed,” the insider said in October, noting that Erika plans to “demand a high paycheck” if she comes back to the show. “What she’s dealing with [regarding] Tom and the court is not over yet so you can only imagine what next season is going to bring.”

Us reached out to Erika’s team regarding Edelson’s comments.

This is what the Blood Moon means for YOUR star sign