Leighton Meester has moved on from her days ruling the Upper East Side on the CW hit teen drama Gossip Girl. Since the series wrapped she’s released an album, made her Broadway debut, married The OC‘s Adam Brody, become a mom, took on numerous TV and film projects, and she’s headling a new series this fall. Of course, her iconic turn as Blair Waldorf lives on in the hearts of fans and Netflix binge sessions. Leighton Meester wouldn’t return to Gossip Girl, though, given the chance. Would you go back to high school? Probably not. That’s part of her explanation for why she’s keeping the past in the past.

"I’m not haunted by that time, but it’s been interesting and helpful for me to look at it and examine it as an adult and go, ‘I don’t know if it was the healthiest environment,’" Meester recently told PorterEdit.

Leighton was just 21 when she was started work on Gossip Girl and, as she pointed out to the publication, the hours were demanding and the pressure was on. Leighton noted that missteps in your early ’20s are normal, but the public eye and judgment adds another layer of scrutiny.

"If you don’t have the right perspective, you could definitely be confused by people being that nice to you or judging you for behavior that’s typical of a 20-, 21-year-old, making mistakes but having to make them very publicly," she remarked.

Leighton additionally shared that she wouldn’t trade her Gossip Girl chapter "for anything." But that doesn’t mean she wants to be transported back to that era. The actress said: 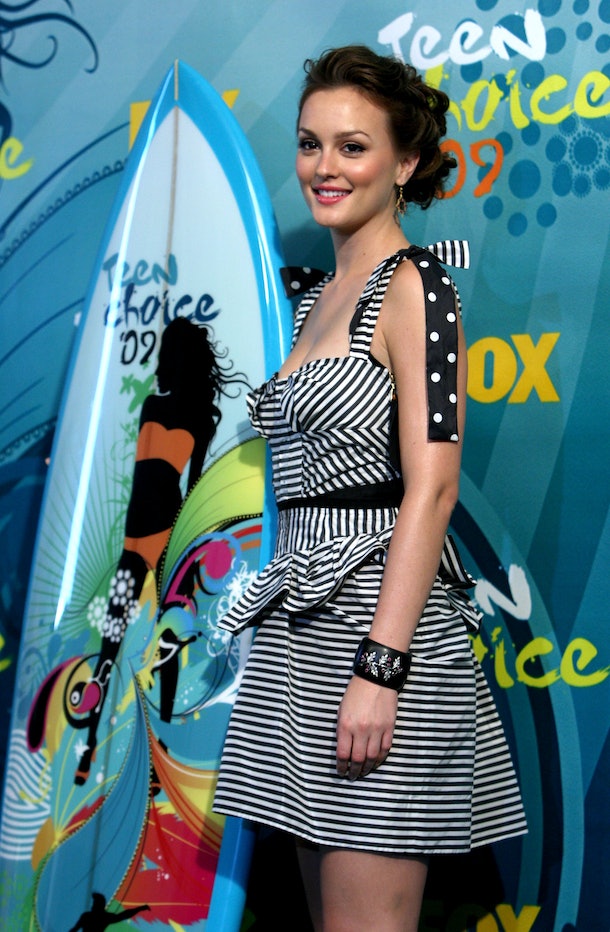 Gossip Girl ran for 6 seasons from 2007 until 2012. With the reboot craze booming these days with no end in sight, the natural question raised of late is whether or not the series could make a comeback.

Last year, Leighton weighed in on if she would sign on for more episodes. She told Vanity Fair, "I guess I hear that in fits and starts here and there, but it’s hard to say. If everyone was into it and the timing was right, you know? I don’t want to say, ‘No, never …"

Penn Badgley, aka Dan Humphry, recently stated that he doesn’t think a reboot would make sense for "maybe another 10 years" because the show is so freshly off the air, so perhaps the cast will all come around to the idea in 2028.

Until then, fans can catch their beloved Upper East Siders as they take on other entertainment endeavors. Blake Lively’s A Simple Favor hit theaters last week, Penn Badgley’s You is airing on Lifetime, and Meester’s sitcom Single Parents premieres Sept. 26 on ABC.

Inside Extraordinary Homes of the World’s Top DJs