The late Canadian singer songwriter, Leonard Cohen, spent the last few weeks of his life in a storm of urgent, passionate creativity, writing nine new poems and songs holed up with a recording rig set up on his dining room table.

Speaking in London recently, Adam Cohen said his father was “awash in the knowledge” that he was going to die but, driven by a final surge of vision and inspiration, created a last body of work which has been produced into a surprise final album. 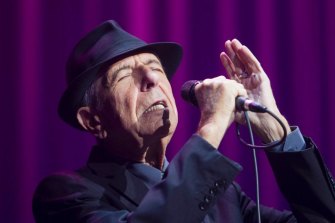 The late Leonard Cohen during his 2013 Australian tour. Credit:Steve Lunam

Poignantly titled Thanks for the Dance, it was released globally last month although there is one last song which Adam said would emerge only when he was “happier with it”. In the meantime, he urged other artists and “flame carriers” for his father’s work who want to interpret or perform his lyrics to “come to us”.

The album, – lyrical, uplifting and at times also profoundly moving – was given a first, low key public hearing in a small bar on London’s Southbank. The playback ended with a heart-breaking "goodbye and thank you for being there" message recorded by Cohen himself.

“We had established him in a medical chair and [engineer] Michael [Chaves] and I put a recording rig on his dining room table, and he was in an incredible, joyful mood putting his hands around us and saying, ‘Ah the grace of the occasion’. And of course, that was him being hilarious because he was in acute discomfort and awash in the knowledge that he was going to die,” Adam said.

“Frankly, many times when he would be the only one blocking completion of the music … in other words the record was done but he wanted to continue correcting a lyric, fiddling with the sound. Michael and I would look at each other and say ‘he just doesn’t want to die, he is staying alive to work. There was a sense of urgency at the same time there was this delicious joyfulness and the ‘grace of the occasion’ was ever present.”

For me what is beautiful as a result of completing this work is sharing with people … the feeling that he is still here, speaking to us.

Cohen released what was thought would be his 14th and last studio album, You Want it Darker in October, 2016. He died, aged 82, just 19 days later. This was also produced by Adam Cohen, was widely critically acclaimed and the title track, won a Grammy last year.

Despite the onslaught of his leukaemia which created agonising stress fractures in his spine, Cohen’s voice throughout Thanks for the Dance is the same mellifluous and powerful baritone it always was: ‘Thank God for the pills’ lyrics figure in one of the songs.

“I remember asking him on several occasions ‘How are you producing these incredible vocals?’ … when you’re in the studio performing it is always daunting, wrestling with doubts, ‘is it believable?’, ‘is it entertaining?’ … there is a lot of insecurity that comes around and he was delivering these sounds like a heavyweight boxer delivers punches,” Adam Cohen said. 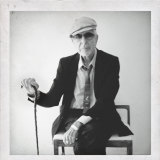 Leonard Cohen’s album Thanks For the Dance is now available.Credit:

“And I said to him ‘how are you doing this?’ and he said “Look at me: ‘I can’t leave this f–king house and all I do is rehearse and rehearse and I know where every syllable falls’. He was deeply familiar with the work so that is what explains the command of the narrator ship.”

Videos and short films inspired by the new works and produced by an array of young artists including Daniel Askill and Rodrigo Amarante will be released over the next few weeks in partnership with the album.

Cohen seemed unsure that he would manage to finish the full oeuvre he’d set out to ready for release and expressed his doubts in a long interview with the editor of the New Yorker, David Remnick, published just weeks before his death. He suggested he might “get a second wind” but was “ready to die”, hoping only that it would not be too uncomfortable.

Listening to the album during its first public airing in London, there was a dark power not dissimilar to that experienced listening to David Bowie’s posthumous album, Blackstar, which is also imbued with lyrics that express vividly the artists’ knowledge of their pending demise.

And yet the overall mood of Cohen’s final act is uplifting, full of life and passion, a mix of sex and death to the last including a sensuous rendition/translation of the great Spanish poet, Federico Garcia Lorca’s Night of Santiago.

“He was such a fan that he named my sister Lorca” said Adam Cohen. His father, he added, had been furious with him in his last months after he described his music in a New York Times interview as ‘mytho-romantic: “But how else to describe words like “the moon melts down like honey on our lady of the harbour and Jesus was his sailor … you don’t know if he’s talking about God or pussy!” he laughed. 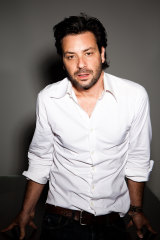 The decision to seek the collaboration of so many fellow musicians on his father’s final album (even if their influence is barely audible on many tracks) reflected an ancient Jewish funeral tradition: “Of course it wasn’t about them, that would have been distracting or gimmicky …. in the Jewish tradition, when someone dies you bring a little rock to the graveside.”

“And in a way it was each person, each musician bringing their little rock and depositing it at the graveside. It wasn’t about ‘hey let me do a dance’, it was a generous beautiful offering. What I hope is there is a collection of those little rocks surrounding the graveside.”

Despite his father’s drive and his own desire to fulfil his promises, Cohen said he wrestled with many demons and insecurities about the album and worried about the timing of its release. It wasn’t until he let other musicians hear it and received the validation and affirmation of so many collaborators that he agreed to proceed.

“One by one my worries were assuaged and the triumph of his work remaining…well here we are."

Cohen said he hoped artists inspired by his father would consider writing music to previously unpublished lyrics or poems in the estate and called on “flame carriers” of creativity to keep his spirit alive.

“For me what is beautiful as a result of completing this work is sharing with people . . .the feeling that he is still here, speaking to us. The expression on people’s faces at the end of my dad’s concerts. Michael, my old man’s tour manager for all those years, he said when he took his hat off and looked at the audience and had that look of bewilderment and gratitude, it wasn’t an act,” said Cohen.

“He was genuinely happy and would say ‘thanks for keeping my songs alive’. And that is what we are doing with this record.”

Boy, 14, admits slitting throat of sister, 18, and chucking her body by a dumpster

'Vikings': Why Harald Finehair Has a Problem With Bjorn Ironside