Lily James understood the assignment. The actress’ transformation into Pamela Anderson for ‘Pam & Tommy’ is on full display in the new trailer for the upcoming series.

The biggest role transformation of 2022 is undoubtedly Lily James. The British actress plays Pamela Anderson in the new Hulu series Pam & Tommy, and Lily is completely unrecognizable in the official trailer. From the platinum blonde hair to the makeup to the voice, Lily transforms into the Baywatch babe. 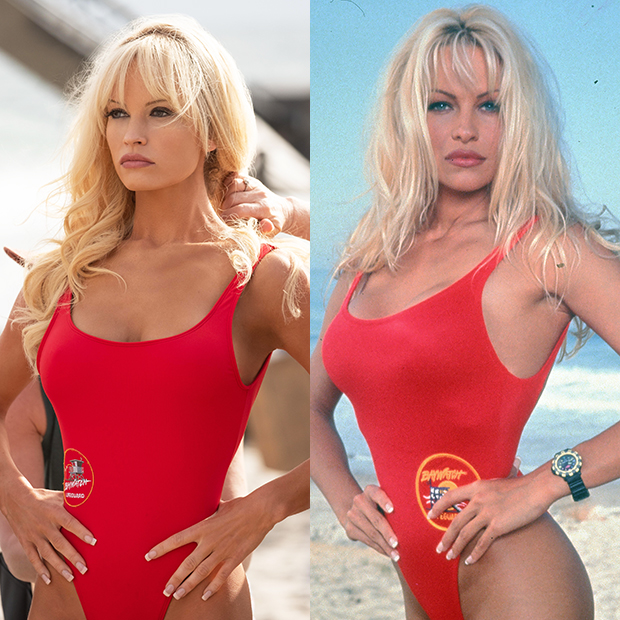 Lily’s transformation took “anywhere from three to five hours of hair and makeup every morning before we even started filming,” Barry Lee Moe, hair department head for Pam & Tommy, told Variety. “We ended up using 25 wigs in the end. Everyone from Seth Rogen to Nick Offerman, Taylor Schilling all wore wigs because we transform them into new characters.”

The series focuses on the relationship between Pamela and her now ex-husband Tommy Lee, played by Sebastian Stan. The couple finds themselves embroiled in a massive scandal when their sex tape is stolen and unleashed onto the world. Two men, played by Seth Rogen and Nick Offerman, decide to sell Pam and Tommy’s sex tape on the internet.

Pamela Anderson Through The Years — Photos

Naturally, Pamela freaks over “dozens” of copies of the sex tape possibly being out there for people to see. Dozens is an understatement. “You don’t seem to understand what a big deal this is,” Pamela tells Tommy in the trailer. Tommy replies, “I’m on that tape just the same as you.”

“But this is worse for me,” Pamela says. The stolen sex tape changed the game when it came to celebrity sex tapes. At the end of the trailer, Pamela opens up to a therapist. “Everyone wants me beautiful and perfect,” she says. The therapist asks Pam if she feels like she has to please people. “It’s all I do,” Pamela says. 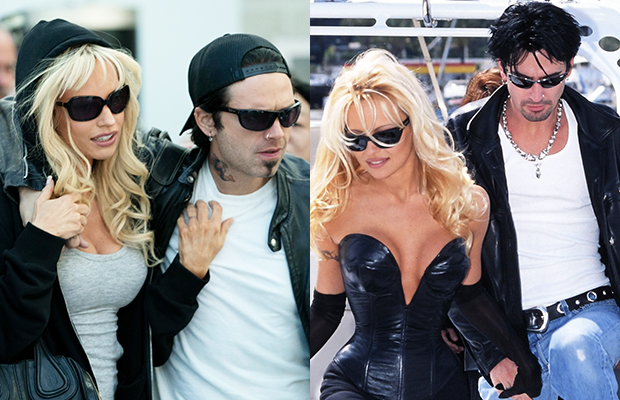 Prince Harry and Meghan Markle Agree Not To Use Sussex Royal, But Still Insist Queen Elizabeth Doesn't Own 'Royal'