Home » Lifestyle » LIZ JONES&apos;S DIARY: In which I insult a few megastars

LIZ JONES’S DIARY: In which I insult a few megastars 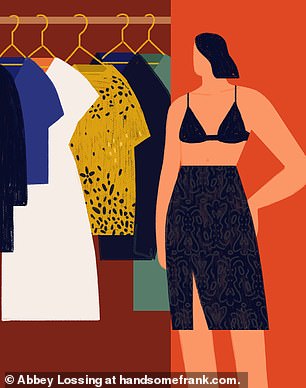 I thought Madonna was impressed. Apparently, she was horrified.

Oh dear. It’s Christmas Party Season Hell. You might be thinking, well, what does she have to worry about? She was a fashion editor and despite the vet bills and the chewy collie she must have something decent left in her wardrobe. Failing that, she could always ‘call something in’ (the phrase we in the media prefer to call stealing). She has a boyfriend. What on earth could possibly go wrong?

I do have a black lace Prada skirt. I used to wear it with a pink corset by Marc Jacobs, but because I washed it – along with some ivory silk knickers, which also had a label stating dry clean only (!) – it became very pale and dolly sized. Who dry cleans underwear? Especially when you are post-menopausal and therefore borderline incontinent? This is the problem with a skirt: what to wear on the top half. I’m thinking something warm. Ooh, I know! That Marni sweater made up of millions of silver sequins, with a tweed panel at the waist. A bit scratchy, and 20 years old, though really expensive and festive. But where on earth is it?

And then I remember: I gave it, along with lots of YSL, Helmut Lang, Armani et al, to a cancer charity in Barnet a few years back. In a speech before the sale started, I’d held aloft a miniature tote I was also donating, apologising for the bag being so small, explaining how I’d been frogmarched into the Tod’s store on Capri, and asked by the designer to choose something. Turning pale at the price tags, I’d chosen the smallest item in the store, not realising it would be a gift. Goodness, how I let things slip through my fingers. I should have been far more graspy and grabby. I even auctioned my two Tracey Emin drawings, and gave the money to a cat home. What was I thinking?

Oh well. At least these days I have the gift that is being able to hear, now I have hearing aids. I think my phobia about parties stems from the fact I was never able to hear a word anyone was saying, and so had to guess, with often inappropriate results. At a post-Oscars party in Los Angeles, finding myself stood next to John Travolta, he very gamely tried to engage me in conversation. The worst moment came when he said something, and I replied, ‘No, no, you’re completely normal height. I’m in five-inch Loubs.’ He immediately backed away and wandered off.

Only on the plane home did it dawn on me that, after he had tried a few other bits of small talk, and I had replied, ‘Eh? What? Eh?’, what he had in fact said was, ‘Do you think we should abort?’

At a party thrown by Versace in Paris, I found myself on the dancefloor right next to Madonna and I started vogueing. I had seen my (now former, obvs) gay best friend on the margins, and thought he was telling me to do her iconic dance as some sort of homage. Which I duly did. I need to point out here this was before I had laser eye surgery. My gay ex BFF arrived at my hotel the next day with a copy of a newspaper, which had a picture of my head bobbing next to the Material Girl’s on the front page. He couldn’t stop laughing. Apparently, she was horrified. I was officially the least cool person at the party. He’d been trying to tell me to stop hovering so near, as her bodyguards were lurking. He was signalling cutting his own throat. Not vogueing at all.

Even when I’m not insulting megastars, I never know how to hold a flute of champagne, a canapé and my clutch without assaulting other guests with either liquid or crumbs. I never know how to end an encounter before they become bored and start either staring at their phones or over my shoulder for someone more interesting.

Having David by my side is like turning up with an unexploded bomb. I never know when he is going to go off, shattering my career/reputation/friendships. Depending on his mood, he can either be mildly rude, viz, spitting out a canapé when he realises it’s not gluten free (he is coeliac), or positively nuclear, viz when at a smart dinner, on a table with my boss, he got out his wallet and extracted an ecstasy tablet covered in fluff that he’d ‘been saving’ for the right moment, and was I up for it? ‘Nooooo!!!!!’

I think that this party season, I’m far better off staying at home.

Scarlett Johansson & Colin Jost Spend the Holidays Together in Argentina

Comcast focuses its attention on taking over Sky