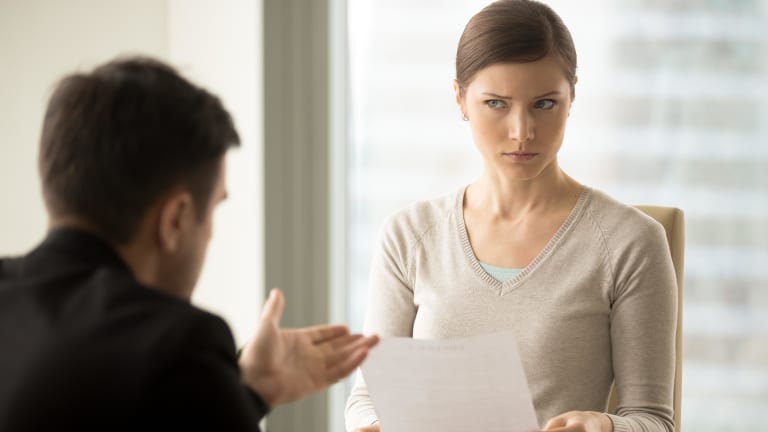 We’d call it mainsplaining, but that might be getting feminism wrong.

Thank God for Steve Biddulph. If it weren’t for the author of Raising Boys and Raising Girls, how else would we know that we’re doing feminism all wrong?

Biddulph explained that feminism isn’t just “ranty blogs in the ghetto of the lifestyle pages” in an article published in the…ahem… Lifestyle section of last weekend’s Sydney Morning Herald.

I’m so pleased to be put straight on the “real work” of feminism. If only we’d known that we needed a man in charge of feminism. Preferably one who answers to “Steve”.

I have just one problem with Biddulph’s assessment of “real” feminism. It’s insufferable.

Feminism is a battle waged on many fronts. There is no doubt that the work of teachers, activists and aunties is invaluable. But it’s curious that a self-proclaimed feminist — one who regularly writes and shares content from ranty blogs from the ghetto of the lifestyle pages to fill out his own social media channels — holds such a sexist view of women’s journalism.

Blogs and lifestyle pages have a role to play in amplifying, connecting and communicating women’s experience. It may seem like a “ghetto” to a man who has the privilege of seeing himself represented in the mainstream media, but to women, the lifestyle pages are one of the few sections of mainstream publications that are written predominantly by us for us.

Women’s writing is often about sharing experience and realising we are not alone – and therefore not to blame – for our inequality and hardship. That it’s a case of #metoo.

Women’s journalism sparks, informs and progresses feminist principles and ideals that Biddulph approves of in classroom lessons and activist campaigns. Yes, it’s often opinionated, controversial and agitating for change. But why is that a problem? Biddulph has made a career arguing for such change.

When you’re born into a patriarchal world, every person — even the Biddulph-approved aunties — need to go through a process of re-education, to identify oppression that’s been dressed up as “natural” and common sense, and understand that women are entitled to a better deal. These ideas and stories are spread through numerous sources, not least of which is women’s writing.

Feminism is a broad church, we don’t always agree, and that is okay. As far as I am concerned male feminist allies are always welcome. But they should pull up a pew at the back of the feminist church.

They can listen to women, they can amplify the voices of women, and they can chip in occasionally. But if they feel that they are entitled to stand at the front of the church and pass judgment on women who are and who aren’t doing the “real work” of feminism, then they're not feminist allies.

They are, in fact, the worst kind of chauvinist, blithely revelling in the self-assuredness of their own superiority. They’ve gained the trust of women by pretending to be feminist sympathisers and then proceed to do what men have done for centuries: delegitimating women by labelling our opinions and views as “rants” and presenting our perspectives as the partial views of the “ghetto” in contrast to the presumably universal male perspective.

One of the constant challenges facing women in our fight for equality is to have our lives and our lived experiences treated as if they matter. For a “feminist” like Steve Biddulph to use his considerable public platform to diminish and devalue women’s voices, women’s stories, and women’s opinion writing, is a spectacular own goal, and a win for the patriarchy.

The last thing feminism needs is for men to be snatching the microphone away from women to tell us what we’re doing wrong. If men really want to be feminist allies, then they need to stop talking over us and to start listening.

Men dominate public discourse in politics, business, medicine, academia and the media. Is it too much to ask for men to not try to dominate feminism too?

Apple To Hollywood: No Gratuitous Sex Or Violence In Original Programming