MARTIN Lewis has revealed how mobile phone users can cut their bill with a cheap SIM only deal that costs just £5 a month.

It could be worth switching to as nine million users are out of contract. 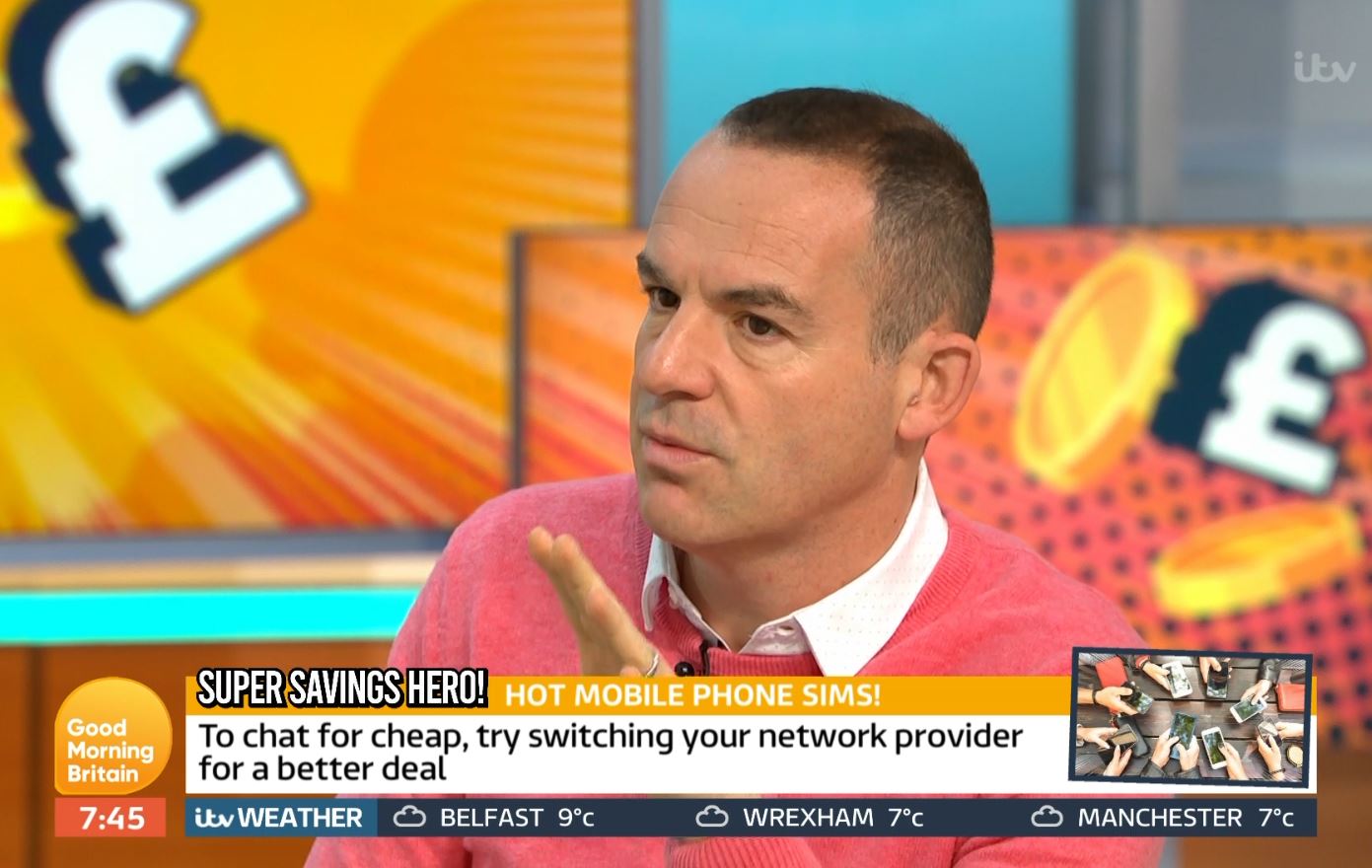 The price of a new SIM has also dived in recent years, meaning many overpay for their phone usage.

Appearing on ITV's Good Morning Britain today, the founder of MoneySavingExpert shared the top deals which mean you can keep the signal of your current network even if you switch.

Martin said: "There are only four mobile networks in the UK – Vodafone, O2, EE and Three.

"Every other network piggyback on their signal.

"So if you don’t want to move network, you can simply say ‘which company with the same signal has the cheapest SIM for me?’"

Below are the top deals for each of the four networks, according to Martin.

With an iD mobile SIM, you get unlimited minutes and texts for £6 a month on a one-month rolling contract.

Better yet, if you sign up via a comparison site including Compare the Market or uSwitch, you only have to pay £5 a month – the cheapest deal currently available.

If you require more data, Smarty offers a 30GB data SIM with unlimited minutes and texts for £10 a month, also on a one-month rolling contract.

Sky Mobile piggybacks off 02 and has a 3GB SIM with unlimited minutes and texts for £6 a month on a 12-month contract.

GiffGaff also uses O2's network, and has a 6GB data SIM with unlimited minutes and texts for £10 a month on a one-month contact.

If you're currently with EE and don't want to lose the signal, then you may want to consider Virgin Mobile's 2GB SIM with 1,000 minutes and unlimited texts.

This costs £6 per month on a 12-month contract.

Last but not least, Vodafone's basic SIM comes with 1.5GB of data and unlimited minutes and texts for £6 a month on a 12-month contract.

Voxi also piggybacks on the network, and currently offers a 8GB SIM with unlimited minutes and texts for £10 a month on a one-month contract.

How to save money on your mobile phone bill

NOT happy with your current mobile phone deal?

If you’re outside the minimum term of your contract then you won't need to pay a cancellation fee – and you might be able to find a cheaper deal elsewhere.

But don't just switch contracts because the price is cheaper than what you're currently paying.

Take a look at how many minutes and texts, as well as how much data you're using, to find out which deal is best for you.

For example, if you're a heavy internet user it's worth finding a deal that accomodates this so you don't end up spending extra on bundles or add-ons each month.

Also note that if you're still in your contract period, you might be charged an exit fee.

Ready to look elsewhere? Pay-as-you-go deals are better for people who don’t regularly use their phone, while monthly contracts usually work out cheaper for those who do.

It's worth using comparison websites, such as MoneySupermarket and uSwitch.com, to compare tarrifs and phone prices.

Billmonitor also matches buyers to the best pay-monthly deal based on their previous three months of bills.

It only works if you’re a customer of EE, O2, Three, Vodafone or Tesco Mobile and you’ll need to log in with your online account details.

There's also MobilePhoneChecker, which has a bill monitoring feature that recommends a tariff based on your monthly usage.

If you’re happy with your provider then it might be worth using your research to haggle a better deal.

Mobile users could be due PPI-style compo payouts after being overcharged for phones.

Meanwhile, phone customers must now be warned when their contract is due to expire to stop rip-offs.

Mobile users can also save money by switching provider using just a text.

Windows 10 install: How long does it take to install Windows 10?