A job in the sex industry may not be what your career counsellor suggested at school. But with changes in technology and a shift in societal attitudes, this is a huge growth area with many opportunities. Countless paths not only provide fulfilling work, but also offer an innovative way to advocate for women, inclusion and innovation.

We speak to three women working in the sex industry who share a common drive: to empower people and remove the stigma that can come with discussing a subject that's too often swathed in secrecy. 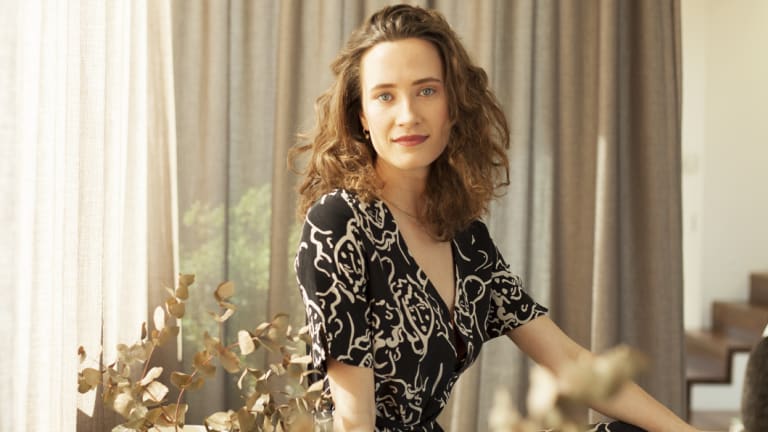 “I see pleasure as a tool for
health. It improves your
immune system and your wellbeing.”

Are we a nation of prudes? Perhaps not behind some closed doors, but talking openly about sexual pleasure is still an uncomfortable experience for many Australians. It's certainly not something Euphemia Russell grew up doing.

As a person who identifies as "queer", she was "sexually explorative but didn't have the resources to normalise it".

After completing a sex education training program at the San Francisco Sex Information organisation, Euphemia saw a need for reliable pleasure education in Australia and founded her business I Wish You Knew in Melbourne in 2016. Its aim is to provide practical information about physiology, exploration, fantasy, desires and intimate communication.

Workshops with names like "The kinky science of pleasure" fuse knowledge with fun, but this is not a frivolous pursuit for her. Euphemia is passionate about helping people overcome challenges, including physical pain or inability to orgasm.

"I see pleasure as a tool for health," she says. "It improves your immune system and your wellbeing."

One woman had never had used tampons and she and her partner had never had penetrative sex. Euphemia was able to give them tips on how to overcome pain. "It can start with taking the time to be aware of touch or sensation in their bodies, not just their genitals."

To those who feel uncomfortable asking for what they want sexually, Euphemia says the key is to "own your feelings, say what you want and need, listen actively and explore desires together". It's equally important to know what you don't like, to have healthy boundaries, and to be able to say, "I don't want to do that, it doesn't give me pleasure."

Starting her business hasn't been a case of instant gratification, though, and it remains an ongoing struggle. "It was hard for me to get support from banks, they were definitely sceptical," she explains.

She also found dealing with government initiatives, such as the New Enterprise Incentive Scheme, difficult at both federal and state level.

Even finding venues to hold sex workshops is a problem. Then there's the consistent misconception "that I must be outrageous in my own life, wanting sex all the time".

But Euphemia persists because there is demand for these services.

She works with individuals and healthcare professionals – from nurses to physiotherapists – who need updated education. If they only completed a small number of hours on sex when getting their initial qualification, they might not have knowledge of gender identity, for example.

For Euphemia, the most rewarding part of the work is having people tell her that their relationship has improved, or that they've become clearer on their sexual identity, needs and how to communicate. "I love deep-diving into people's experiences and challenges," she says. "I'm very grateful that people trust me to help them explore their bodies." 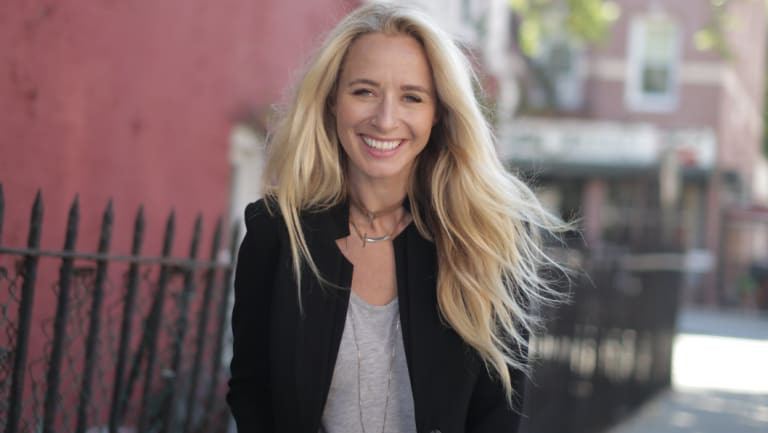 “I knew I would have to be a living example of what I was
standing for: the idea that we should normalise conversations about sex.”

All around you – on trains, at desks and in homes – intimate conversations are taking place. And you're invited to eavesdrop. All you have to do is listen to Bryony Cole's Future of Sex podcast. Choosing podcasting as her medium was deliberate. It's discreet, Bryony says. "You're able to connect on a human level. Podcasting feels close in a way that a blog cannot."

After moving from Melbourne to New York six years ago and working with technology companies, a career in sex seemed improbable. But lightning hit when she saw a virtual-reality simulation while conducting research.

She began to ponder the implications of sex technology. "How will dating, falling in love and family change when we have access to technology that might remove the need to meet someone in real life?"

Through Future of Sex, Bryony aims to get people talking about "sextech", a booming industry estimated to be worth over $40 billion a year.

Getting started wasn't easy. "I thought about using a pseudonym," she says, "but I knew I would have to be a living example of what I was standing for: the idea that we should normalise conversations about sex."

Fortunately, the response was overwhelmingly positive. Soon, she was accepting international speaking gigs.

Data collection is a hot sextech topic. No matter how private we might think we are online, companies are watching, listening and taking notes. In a recent podcast, Bryony spoke to experts about how online data can reveal compelling patterns in behaviour and desire. And while research can helps us to better understand ourselves, data is often gathered without consent.

"Headlines about sex robots, VR pornography and vibrators have perpetuated the idea that sextech is only about orgasm," she points out. To dispel this myth, episodes are often about positive changes, with podcast topics including innovation in sex education, sexual fluidity and the reporting of sexual violence.

The entrepreneur has put her money where her mouth is, running quarterly sextech hackathons and the world's first "sextech accelerator" program to encourage innovation. 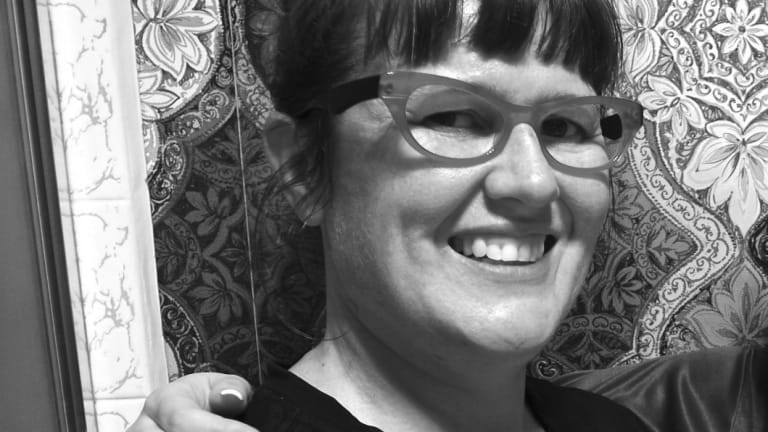 “It’s a sexually charged environment, but I’m quite
disconnected. I don’t realise it’s sexy until I’m editing it.”

Anna Brownfield's first movie, The Money Shot, featured a protagonist who graduated from film school and turned to making pornography when she couldn't find a job.

The story played out slightly differently for Anna, who became interested in exploring how female sexuality was represented on screen while completing her media arts degree in Melbourne. "I wanted to do it on my terms," Anna recalls.

Her career is a conversation starter. "When I say I make films about female desire, most people want to tell me about their own sexuality. They want validation that they're normal."

Anna says that her sets are like any other, and that filming sex scenes is all business. "I'm watching the monitors thinking, 'How am I going to cut this? Can we get a better angle?' It's a sexually charged environment, but I'm quite disconnected. I don't realise it's sexy until I'm editing it."

As a maker of ethical pornography, Anna takes the wellbeing of her actors seriously. For a recent film, No Butter, she cast her female lead, then allowed her to have a say in choosing her male counterpart.

"Once she'd met the performer, they talked about boundaries and what they liked," she says.

Far from just being simple titillation, Anna's films often contain cultural comment that covers "sexuality and the fringes of society". Her short documentary, Wicked Women, now screening on ABC iView, focuses on lesbian culture in 1980s Australia and the magazine of the same name.

Anna, who's also a lecturer in film and television at Swinburne University, lives in Melbourne with her partner and eight-year-old son.

"My child understands that I teach at university and make films," she says. "When the time comes, I'll say I make films for adults, but that they're not for teenagers."

"If there is penetration, what's going on beforehand? Actors do negotiate, there's a lot of communication. "People are scared of talking about that, but it's ultimately a fantasy, it's not real life."

This article appears in Sunday Life magazine within the Sun-Herald and the Sunday Age on sale November 18.

Ray Mears bemoaned Britain ‘becoming nation of snowflakes’ as he demanded: ‘Toughen up!’

How to Read Palms – And Why You Should Start