Meghan Markleand Prince Harryarrived to Windsor Castle for their wedding rehearsal on Thursday, marking the first time the future husband and wife have been seen since their last public engagement in April.

The American star was photographed flashing a smile through the window to the throngs of fans lining the streets and was fittingly sporting a cream silk blouse by Tuxe ($280), sartorially keeping with the wedding theme. The beaming bride also flashed her engagement sparkler and diamond and white gold earrings by Birks ($12,000) glittered around her face.

Her future husband was seated beside her in a gray suit and Prince Williamand Duchess of Cambridge Kate Middleton were in a nearby car with the new father of three behind the wheel. Markle’s imminent brother and sister-in-law tried to keep a low-key profile with coordinated sunglasses.

The bride and groom reportedly arrived to Windsor Castle for a scheduled meeting with Queen Elizabeth II over tea. 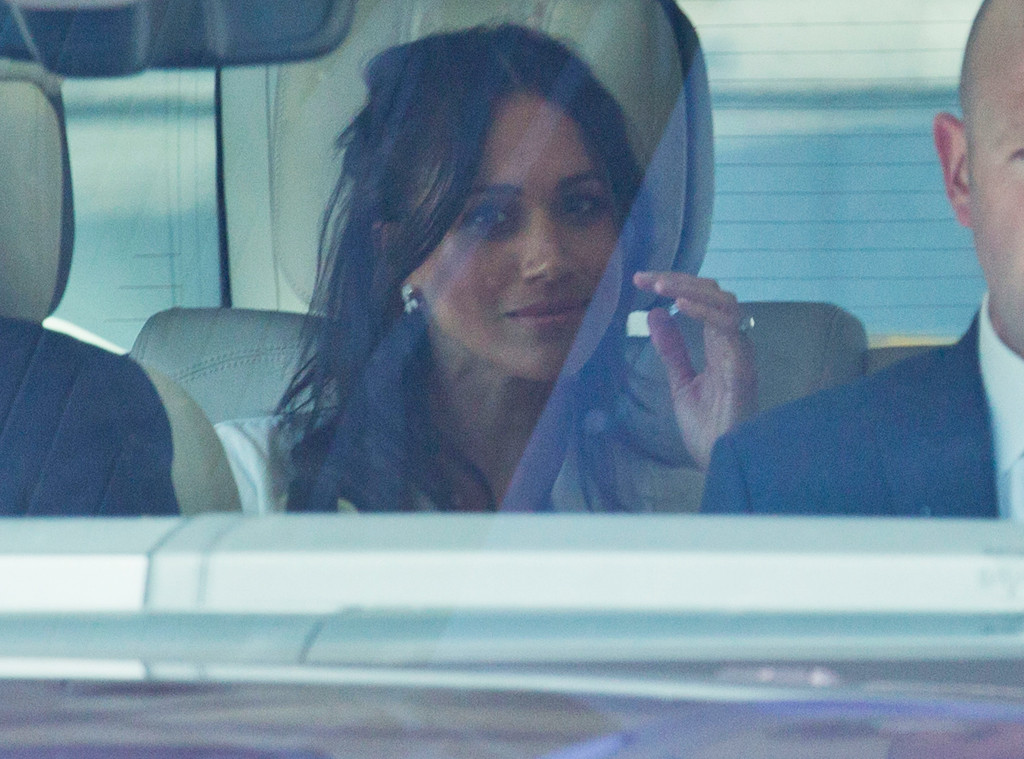 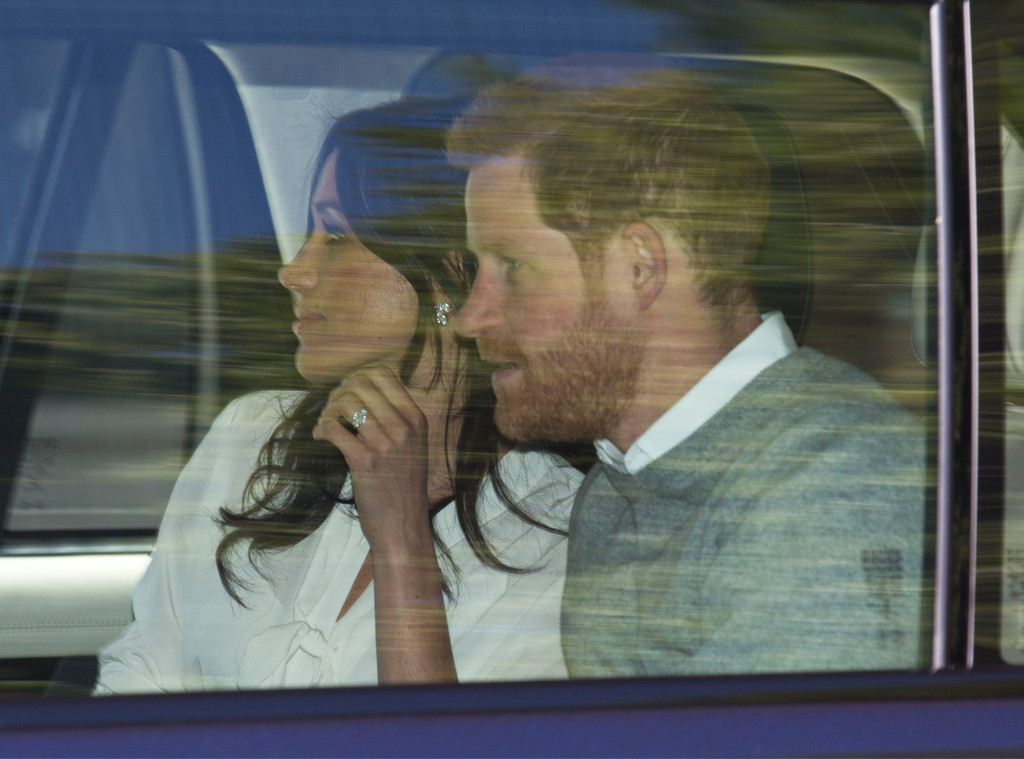 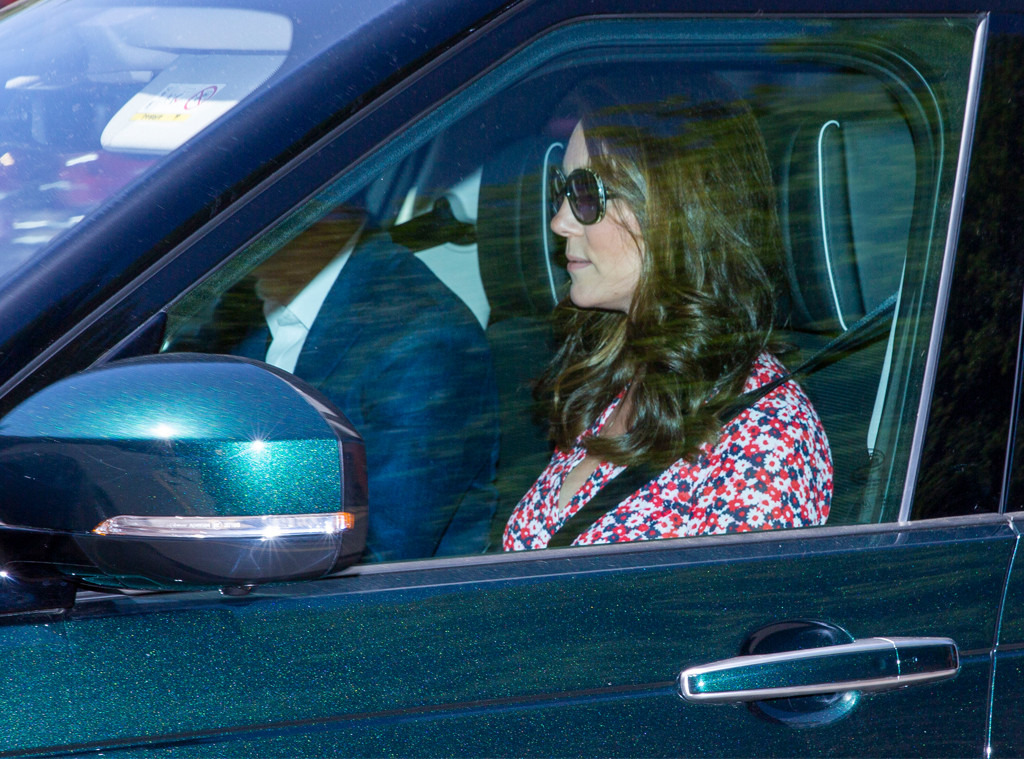 This is also the first time fans around the world are getting a glimpse of the Suits alum after her father Thomas Markle dominated the headlines in recent weeks. Amid a paparazzi scandal, he revealed he suffered a heart attack and underwent surgery on Wednesday after experiencing chest pains earlier this week.

Earlier Thursday, his daughter ultimately confirmed that he will not be in England this weekend.

“Sadly, my father will not be attending our wedding,” Meghan said in a statement. “I have always cared for my father and hope he can be given the space he needs to focus on his health.”

As she continued, “I would like to thank everyone who has offered generous messages of support. Please know how much Harry and I look forward to sharing our special day with you on Saturday.”

Meanwhile, the wedding preparation continued as planned on Thursday afternoon with a rehearsal of the procession through Windsor Town, featuring members of the Armed Forces and a carriage representing the one Prince Harry and Markle will sit in for their first ride as husband and wife.

Let the countdown to Saturday continue!

Watch E!’s five-hour Live From the Royal Wedding coverage Saturday, May 19 starting at 5 a.m. ET/2 a.m. PT for wall-to-wall coverage of Meghan and Harry’s big day! Also, catch E! News every night at 7 and 11 p.m. the week prior for everything you need to know.

Body of Missing Texas Woman Discovered in Mexico, Authorities Believe Mom of 2 May Have Been Tortured