Christmas time is here, which means family, friends, and good tidings for all. If you’re a member of the royal family, however, yuletide expectations are a little more involved than most. It was recently confirmed that Meghan Markle will be spending the holidays in the U.K., but can Markle’s mom, Doria Ragland, come to Christmas with the royals, too? Well, she’s reportedly been invited by the Queen herself, according to a source for Express, which marks a very important, very modern first.

According to a source for Express, the Queen has extended an invite to Ragland for the family’s festivities — which would make her the first non-royal to ever spend the night at their Sandringham estate in Norfolk. The source told the outlet earlier this month,

It’s also worth noting that Kate Middleton’s parents have yet to be invited for a Sandringham sleepover, as the Daily Mail pointed out, so, yeah — Ragland’s reported invitation is definitely a big deal. It’s unclear whether the fact that the Middletons haven’t been out there has to do with their geographic location (they live nearby in Bucklebury, a village in West Berkshire, England, whereas Ragland lives stateside in California), a natural change of the times, or some other, unknown factor. 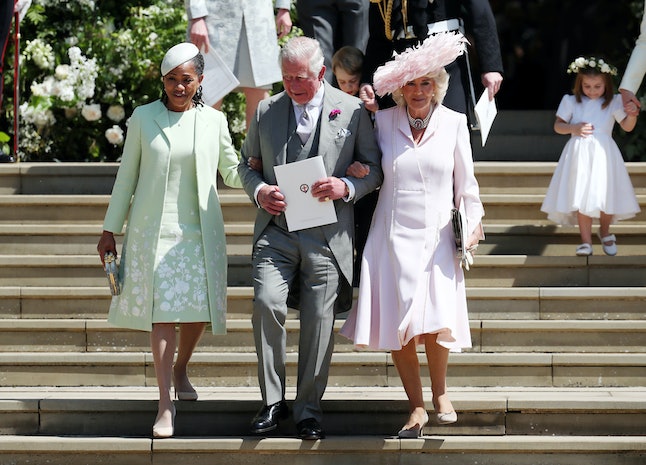 Markle broke a holiday tradition last year by appearing with Harry and company in Norfolk on Dec. 25. At the time, she and the Prince were only engaged, not yet married, which — according to People —  made her "the first royal fiancée to spend Christmas day with the royal family." Apparently, as per a "family friend" who spoke to the outlet, "If Harry asks for something, the Queen would say yes as she adores him."

In comparison, Middleton had been dating Prince William for 10 years — a whole decade! — before she was invited to Sandringham, as per the Independent, and her Christmas Day debut didn’t happen until after they actually walked down the aisle in 2011. Seeing as how William and Middleton got married in April of that year, that means she had to wait eight months post-wedding before she got to spend Christmas with the royals. 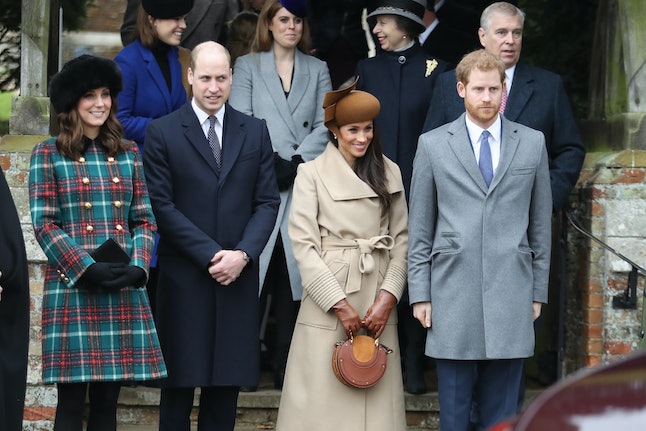 To be fair, though, William didn’t spend that Christmas with Middleton or his family in 2011 either. According to a report fromThe Telegraph at the time, "The Prince volunteered to be on call yesterday at RAF Valley in Anglesey where he works as a search and rescue helicopter pilot, while his fiancée, Kate Middleton, was spending her final Christmas at her family home in Berkshire."

Regardless of who got invited to where and when, it sounds like it will be a very merry Christmas for Markle and her new in-laws. The holidays will prove especially memorable if Ragland’s rumored invitation ends up being true, as they’ll no doubt be celebrating that new baby they’ve got on the way.