Twinning tattoos for these twin flames! Megan Fox and Machine Gun Kelly are taking their love affair to the next level by giving each other matching ink.

And get this: their design of choice, which reads, “the darkest fairytale,” is a special shout out to the beginning of their relationship. In a Monday, October 11, interview with GQ British Edition, the 35-year-old actress explained that the phrase “alludes back to one of the first text messages we ever sent each other.” 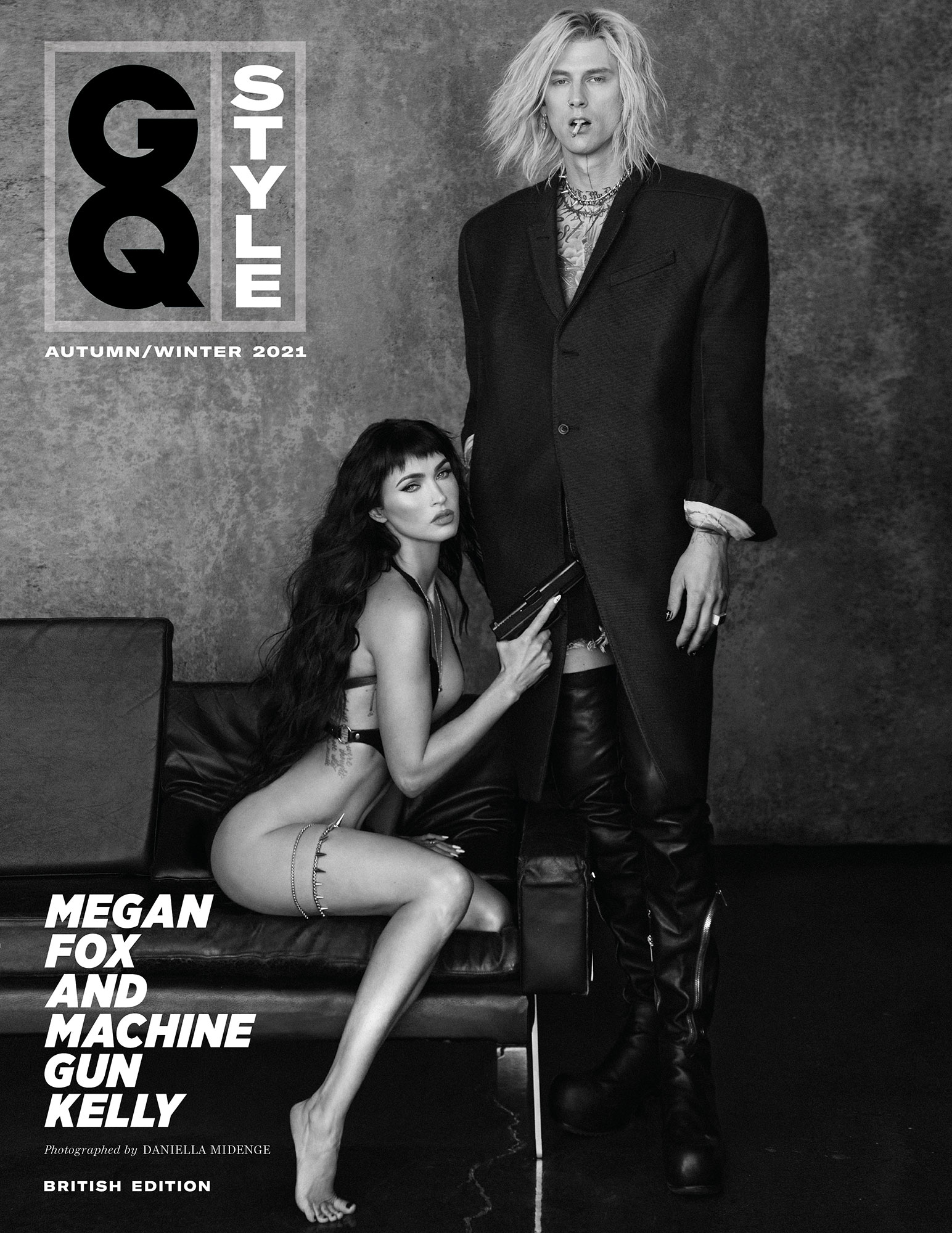 While becoming a temporary tattoo artist is a bit intimidating, the 31-year-old singer took his side hustle in stride. “God, that’s sick,” he said after completing Fox’s ink.

The Transformers star was a tad more nervous to ink her other half. “I’m just scared that I f—ked it up,” she said while tattooing the “Bloody Valentine” singer’s lower hip. 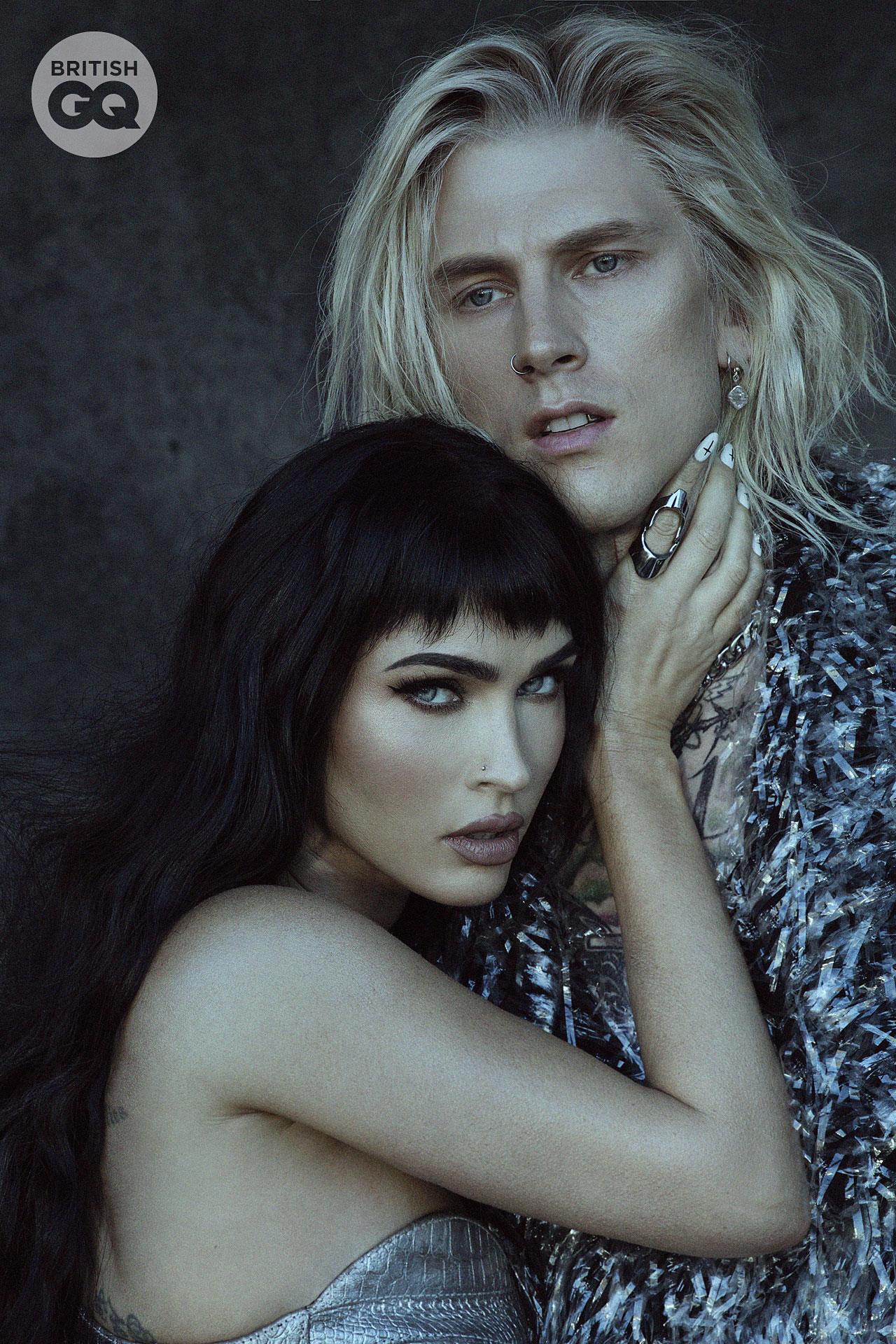 Thankfully, she got her beau’s stamp of approval in the end. “F—king best tattoo I’ve ever seen in my life,” Kelly said to GQ British Edition. “It looks like a fairy ghost did it, right? It’s all haunted.”

This isn’t the first tribute tattoo the duo has gotten for each other. In the interlude of Kelly’s song, “Banyan Tree,” Fox revealed that the two had gotten ink in honor of their love. The lyrics read: “Like, you just got my initials tattooed on you, I got your nickname tattooed on me.”

Fast forward to the 2020 American Music Awards and the Jennifer’s Body star debuted the tattoo in question. The design, which is located on her collarbone, read “el pistolero,” which is Spanish for Kelly’s nickname, “the gunner.”

Kelly and Fox aren’t the only couple inking each other these days. Their friends, Travis Barker and Kourtney Kardashian have also gotten their fair share of tribute tattoos.

“I tattoo now,” Kardashian captioned a May 2021 post. She shared a series of images showing how she tattooed “I love you” in her own handwriting on the Blink 182 drummer’s arm. 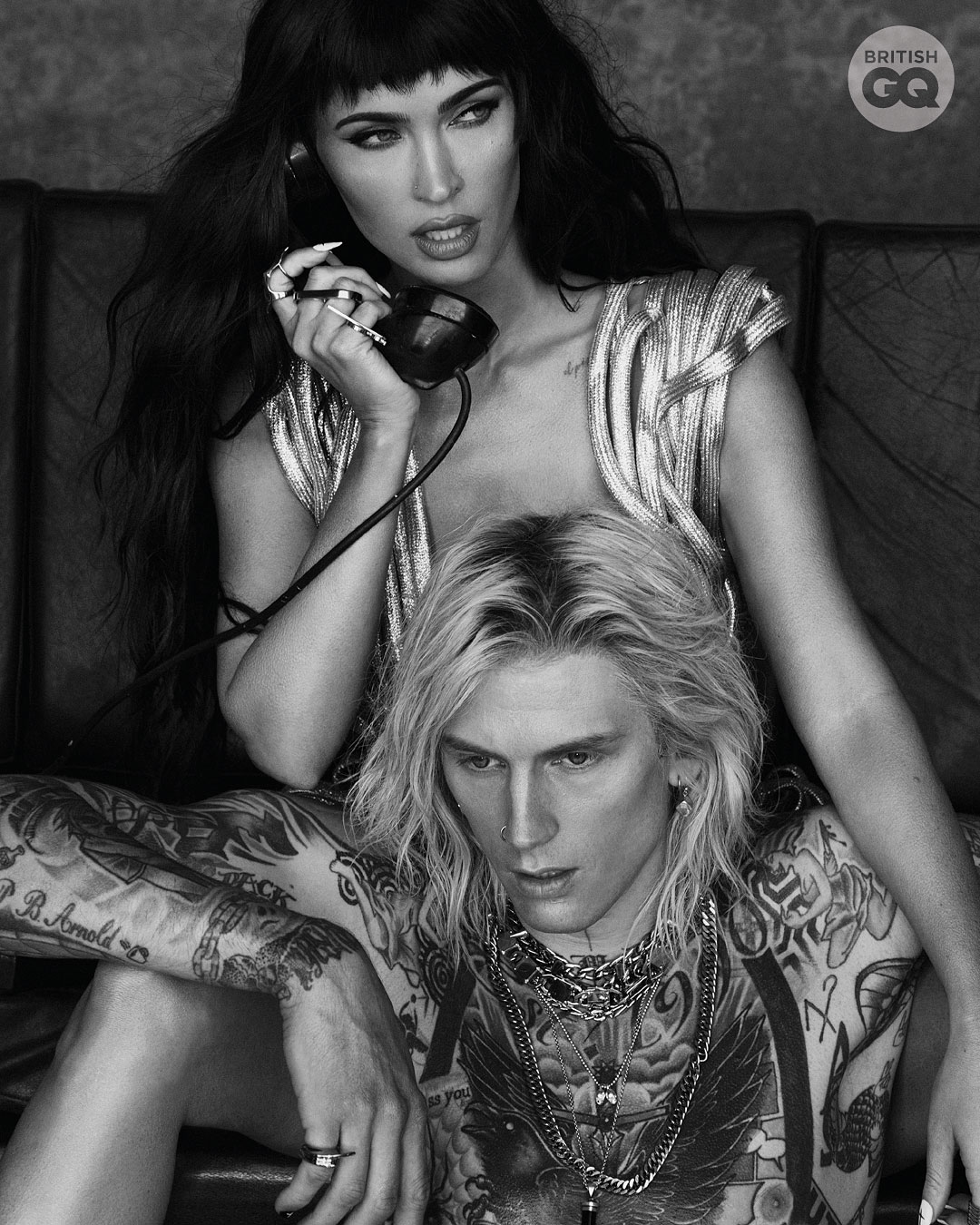 The overlap in tribute tattoos might have something to do with the fact that the couples have been spending increasing amounts of time together in recent months. Not only are Barker and Kelly longtime friends and collaborators, but Kardashian and Fox have been forming a tight bond, too.

“Megan and Kourtney have grown closer as friends over the last two months. They act like best friends when they’re together,” a source exclusively told Us Weekly. “Kourtney has been spending more time with Megan than some of her sisters. It’s mainly because she and Travis are inseparable, and Travis and Machine Gun Kelly are very close, so usually they bring along their girlfriends to hang out with them.”

Who is Alev Aydin, Halsey’s rumored boyfriend and baby’s father?