Medical mysteries. iCarly’s Miranda Cosgrove opened up about a 2011 ankle injury that ended up leading to a mysterious ailment.

The former child star, 28, recalled a tour bus crash in 2011 that left her with a broken ankle.

“It was so strange, because when I woke up, I had a cast on, like, a soft cast, and then later I went back and they removed it,” the School of Rock actress revealed during the October 20 episode of the “HypochondriActor” podcast. “And then that’s when I noticed the hole. And I was asking questions like, ‘What’s this? What’s that?’ And then I was like, ‘Wait, why is there a hole in my leg?’ So, they were like, ‘Oh, we didn’t do that.’”

The Drake and Josh alum revealed that the hole was located nearly five inches above her ankle, noting, “you could tell it was like somebody punctured through completely and cut a hole.” She added that it ended up scabbing over and she didn’t feel lingering pain from the injury afterward.

The California native explained that the hole then became more of a mystery to her and her doctors.

Rock On! ‘School of Rock’ Cast: Where Are They Now?

“And you can tell me if this makes any sense,” Cosgrove asked cohosts Sean Hayes and Dr. Priyanka Wali during the episode. “The physical therapist told me sometimes they have to drain blood from your foot during the surgery, and that they have to put a hole to fix that.” 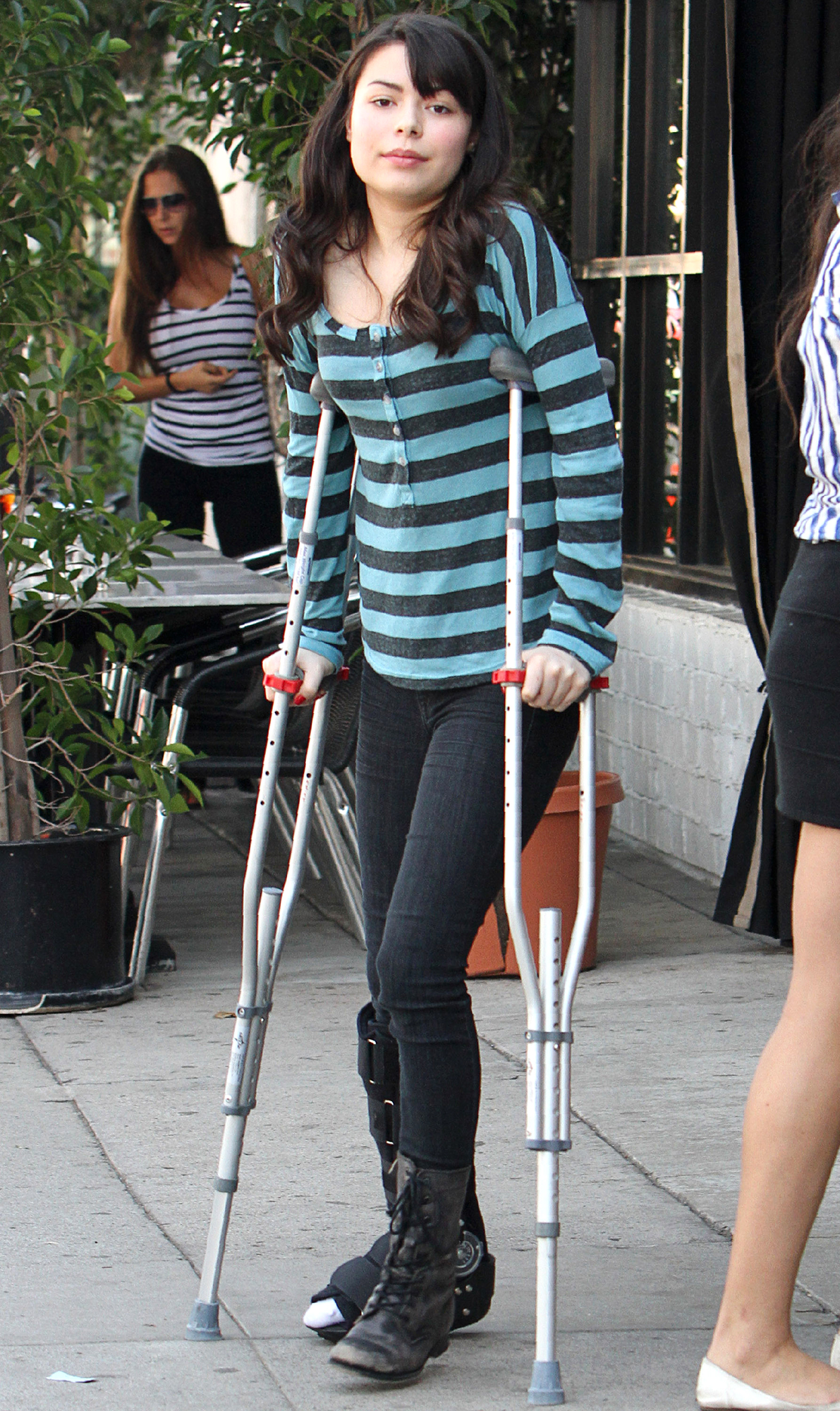 While the “Kissin U” singer was on the road performing in August 2011, her tour bus was involved in a car accident alongside a tractor-trailer, according to an NBC Los Angeles report at the time. The incident occurred on I-70 outside of Vandalia, Illinois.

“There were five passengers on the bus, and Miranda suffered a broken ankle,” the performer’s rep told the outlet at the time.

Your Favorite Child Stars: All Grown Up!

As a result, the then-18-year-old postponed the remaining leg of her Dancing Crazy tour “until further notice.” Later that month, she tweeted, “Been in the hospital for the last few days. I had a successful surgery. I’m so happy to be heading home.”

She continued, writing, “My house was like a flower garden when I got home. Thanks to all my friends and thanks all of u for all your messages.”

After recovering from her surgery, Cosgrove opened up about how the incident had affected her several months later.

“When anybody goes through something hard like that, it does something to them,” she told Girl’s Life in November 2011. “Even though it was a bad accident, it changed me in a lot of good ways. One of the first things I thought after surgery was, ‘Oh my gosh, driving isn’t going to be as fun now.’ But I’m over it and can’t wait!”

Love scenes that got actors in trouble