Home » Lifestyle » Mom and 10-year-old grant $1.2 million in scholarships to people with Down syndrome

Ten-year-old Ruby Plachta has Down syndrome, and as her mom Liz Plachta says, she “rocks” her extra chromosome. When Ruby was born, her mom was inspired to do something that would help other people born with Down syndrome see their full potential.

“I just felt this need inside to do something for the Down syndrome community,” Plachta told CBS News during an interview with her daughter. “I really just wanted the world to see what I saw in her, which was that she was amazing and capable.”

So, when Ruby was 6 months old, Plachta made a goal to create a $2,000 scholarship to help someone with Down syndrome go to college.

That year, the family ended up giving out 11 scholarships and soon created a nonprofit called Ruby’s Rainbow. Over the course of Ruby’s 10 years, they’ve granted $1.2 million in scholarships to people with Down syndrome.

“It’s not only for us about the scholarships, but it’s also about the awareness of showing people just how capable people with Down syndrome are,” the mom from Austin, Texas, said.

Ruby’s Rainbow is currently accepting applications from people with Down syndrome of all ages. Liz and a scholarship committee reviews each application – but her dream is to be able to accept everyone who applies

The organization raises all of its scholarship money through fundraising. One of their biggest fundraisers is the 3-2-1 Pledge, which encourages donors to give $21 for World Down Syndrome Day on March 21. 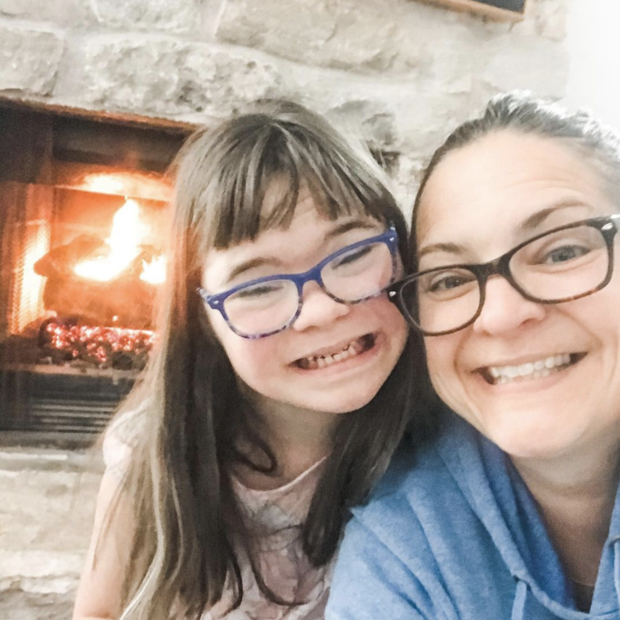 The mom of two says her favorite part about running the organization is meeting scholarship recipients – and parents just like her.

“One of my favorite emails was from a new mom, who [was] crying tears of fear and sadness when they found out that their son or daughter was going to have Down syndrome,” she said. “And then they find our website, they see all of these amazing, beautiful, capable faces, and people who are out there with Down syndrome living their lives. And suddenly, they’re crying tears of joy and happiness for the future.”

Liz says Ruby has to work harder at some things – but she does it with joy in her heart –– and her potential knows no bounds. Ruby said she plans to go to college to become a doctor. “You can be anything you want to be, my love,” her mom told her.

First Dates star reveals how he was scalded as a baby