Mother’s outrage after her daughter, 7, is left in tears after being forced to watch pupils with good attendance at school eat FREE ice-creams – saying children are being punished for having chicken pox

A mother has revealed how she collected her daughter ‘in tears’ after the seven-year-old was forced to watch children with high attendance rewarded with a free ice-cream.

Posting on Facebook on Friday evening, 42-year-old Becky Scott, from Liverpool, blasted Blackmoor Park Infant School for the idea, saying that it singled out children and essentially punished pupils for being off school with illness.

In the impassioned post, she wrote: ‘When your little seven-year-old girl comes out of Blackmoor Park Infants school crying and upset because the school got a visit of a Mr Whippy van and only some children were allowed to choose whatever ice cream they wanted for having over 97 per cent attendance.’ 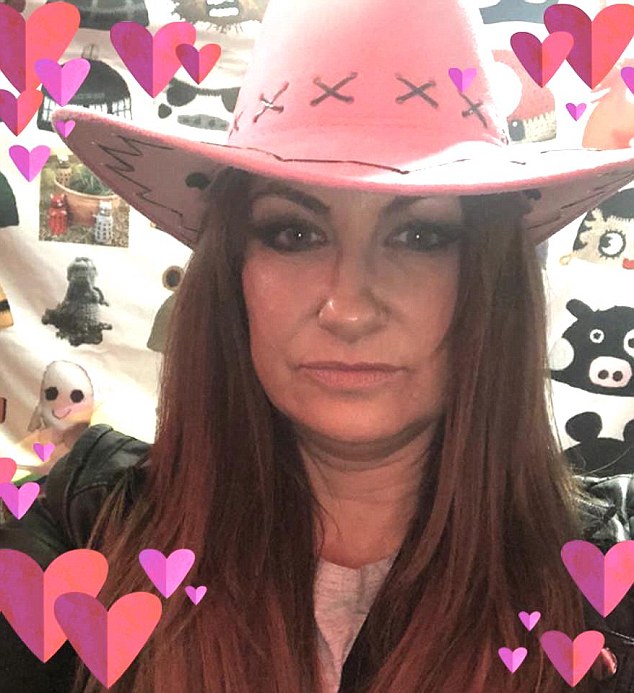 Becky Scott was left enraged after picking up her ‘upset’ daughter, 7, from Blackmoor Park Infants School on Friday. The little girl was in tears having watched some of her peers be rewarded for 100 per cent attendance with ice-cream, while her and others looked on 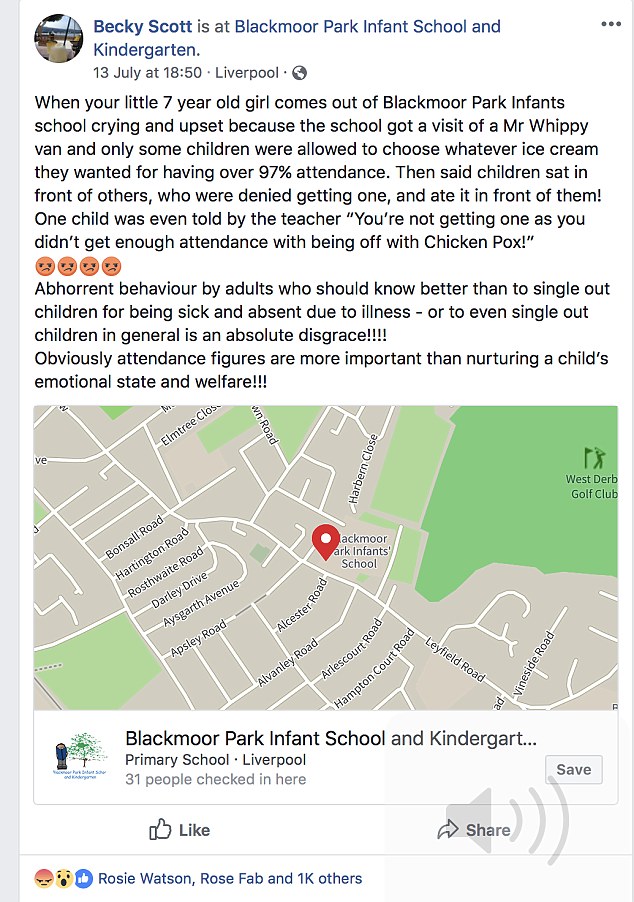 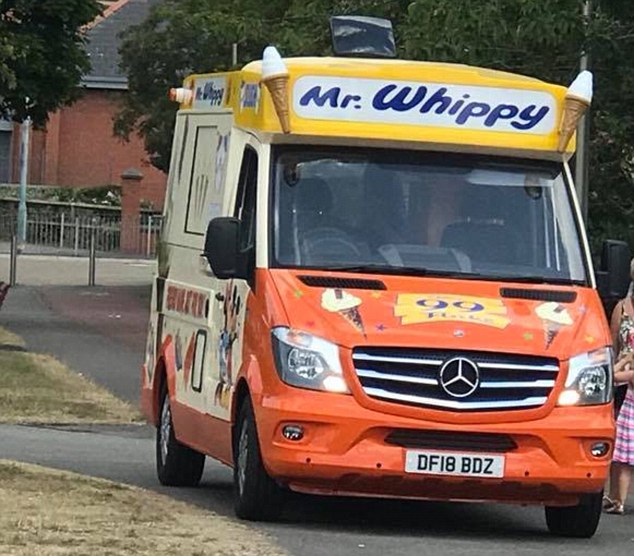 Scott then detailed how the children who hadn’t been given ice-cream were forced to watch as the others enjoyed the cooling treat on a hot day.

She wrote: ‘One child was even told by the teacher ‘You’re not getting one as you didn’t get enough attendance with being off with chicken pox!’

One friend said: ‘It’s sad because children are effectively punished for parents not getting them in or being ill.’

Another commented: ‘That’s emotional abuse. Whoever thought it was a good idea needs to have their DBS check revoked. Cruel b****rds.’

Sue Ashton, an attendance officer at another primary school commented: ‘I’m all for rewarding excellent attendance and think it’s right to do so, but even I think this is a step too far.’

Becky commented that she only found out about what had happened when her daughter burst out crying on the way home from school.

She said she would be speaking to the head as soon as possible, adding: ‘I can’t address this until Monday with the school. I cannot understand how they can justify singling children out to sit and watch others eating ice cream. Am livid over it.’ 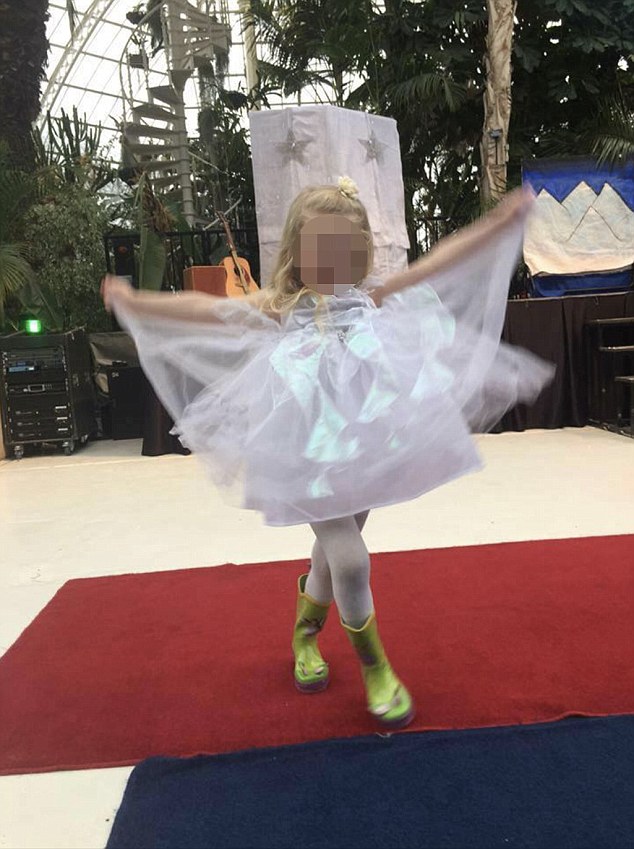 Becky Scott’s seven-year-old daughter, who was left distressed after watching her fellow pupils, with high attendance, tuck into the ice cream 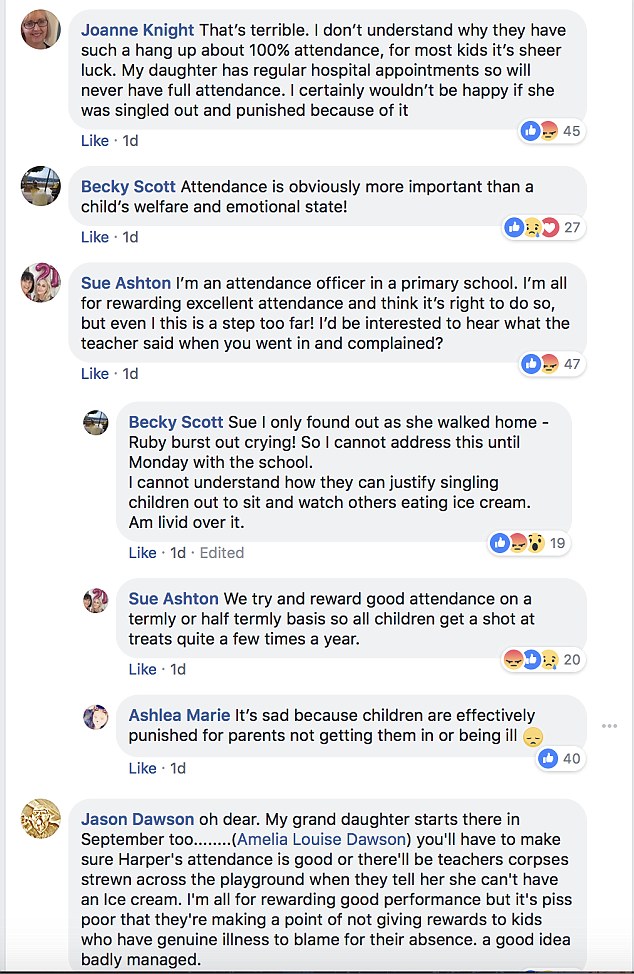 Rage: Other parents expressed their disdain at the school’s decision to offer ice cream as a reward to pupils who had 100 per cent attendance

Other parents on the fiery thread showed alarm, especially those whose children or grandchildren are due to start at Blackmoor Park this September.

Concerned granddad Jason Dawson said: ‘Oh dear. My granddaughter starts there in September… I’m all for rewarding good performance but it’s p**s poor that they’re making a point of not giving rewards to kids who have genuine illness to blame for their absence. A good idea badly managed.’

Becky added that there were a lot of parents from Blackmoor taking home some very upset children on Friday afternoon. ‘How can they justify singling out children and hurting them emotionally?’ she asked in response to one of hundreds of comments. This is the second time in less than a year that Blackmoor Park School has appeared in the news. In October last year, the Liverpool Echo ran a story about 7-year-old Olivia Harkins, who was banned from a school trip to the cinema for not having a 100% attendance record. Olivia, who suffered from Type 1 Diabetes, missed a day due to a hospital appointment.

The letter sent out by the school at the time stated: ‘The attendance reward days letter said: “Attendance is a priority for us at Blackmoor Park Junior School. If the children miss school, then they are missing out on so much more than lessons. We would like to reward those children who attend school 100 per cent of the time throughout the next half-term.’

At the time, headteacher Colin Richardson said the school was working with parents to ensure children did not miss lessons ‘unless it is absolutely necessary’.

As Becky’s thread continued over the weekend with over 1,000 likes by Saturday, many more parents came out in support, with one even posting a photo of the Mr Whippy ice cream van outside the school.

Becky, whose post has been shared over 500 times, says she’s disgusted that any adults would treat children like this, especially teachers in a school.

‘I’ve never heard anything like it,’ she fumes. ‘It’s unreal. Attendance is obviously more important than a child’s welfare and emotional state.’

Blackmoor Park Headteacher Jo Hitchmough responded to the Facebook post, telling MailOnline: ‘Like every other school across the country we have a duty to promote good attendance and reduce absence.’

‘Good attendance at school is something we celebrate on a regular basis at Blackmoor and we provide a range of incentives that recognise this.’

‘At the end of each year we hold a celebratory assembly where children with 97 per cent attendance and above receive certificates and other prizes.’

‘This year we decided to try something different and chose to reward the children with 97 per cent attendance and above with an ice cream.’

‘Whilst the intentions behind this action were entirely honourable, we accept that there was a lack of sensitivity in the sharing of these rewards.’

‘We have spoken with parents directly, listened to the concerns and have apologised for any distress that may have been caused. The issue has been addressed in-house and lessons have been learned with regards to any future celebrations of good attendance.’

‘Like an explosion’: Mother dies when rock crashes through windshield

The Travel Pillow You Should Never Leave Behind

Sainsbury’s has 50% off kids TU clothes and prices start from just £1.75