‘Sometimes I don’t want to be a mother anymore’: Anonymous women reveal the things they DON’T say about being a parent in startlingly honest confessions

For many women motherhood is a dream come true, but having children can also mean a constant battle with guilt – as these anonymous confessions show.

In a new thread on secret sharing app Whisper women have shared their experiences of ‘mom guilt’ since having babies – from being desperate to have their pre-baby body back to wanting a night on the town.

Making use of the app’s anonymity settings, these mothers from around the world shared the secret feelings they never talk about since becoming parents.

Among the confessions was a mum who admits she sometimes wishes she had never had children, because she feels as though she has ‘lost herself’.

Another shared concerns that she wouldn’t be able to love additional children as much as her first, after becoming pregnant with her second child just five weeks after the first was born.

Others shared fears their children would inherit their own flaws. 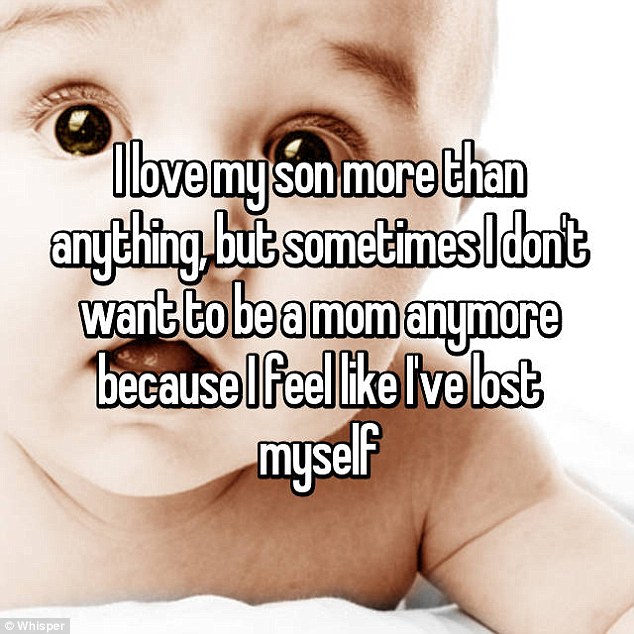 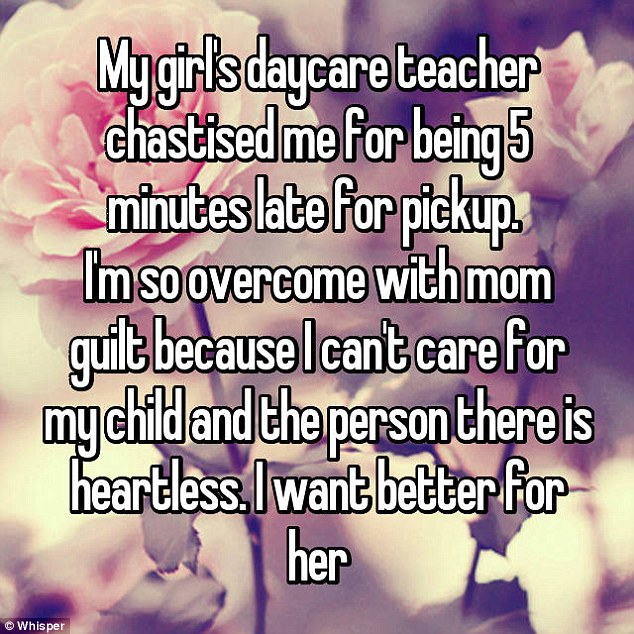 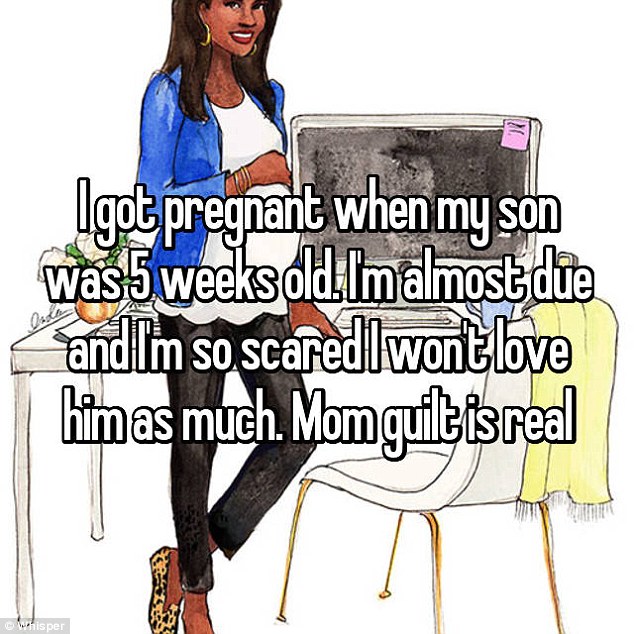 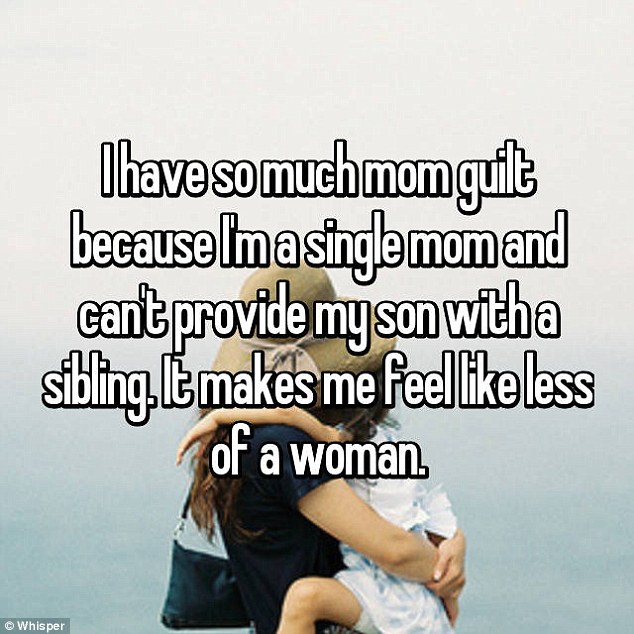 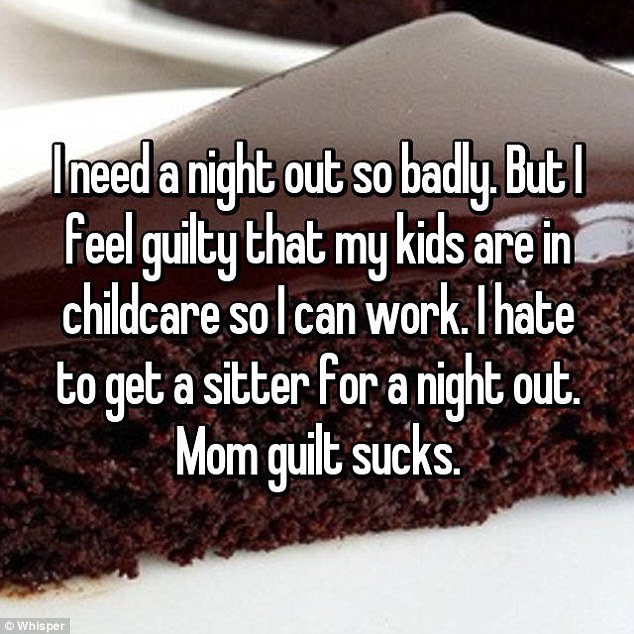 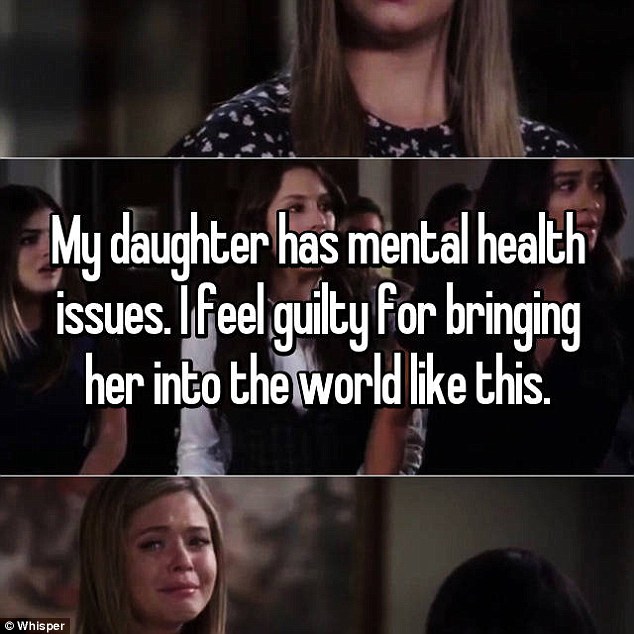 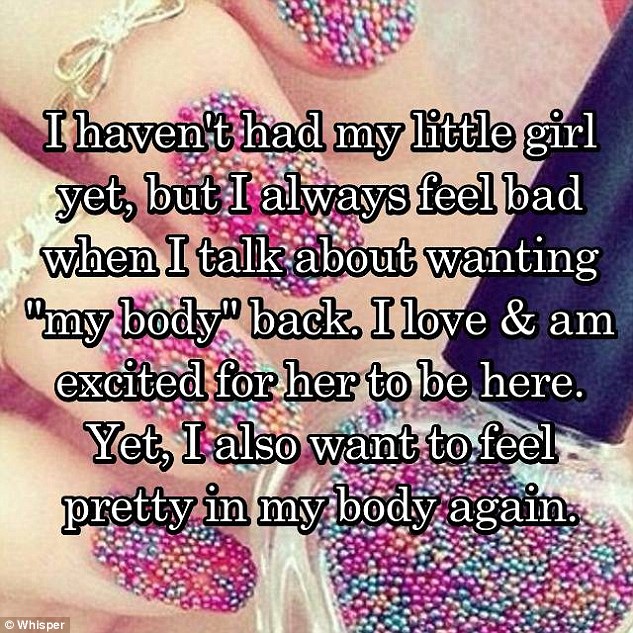 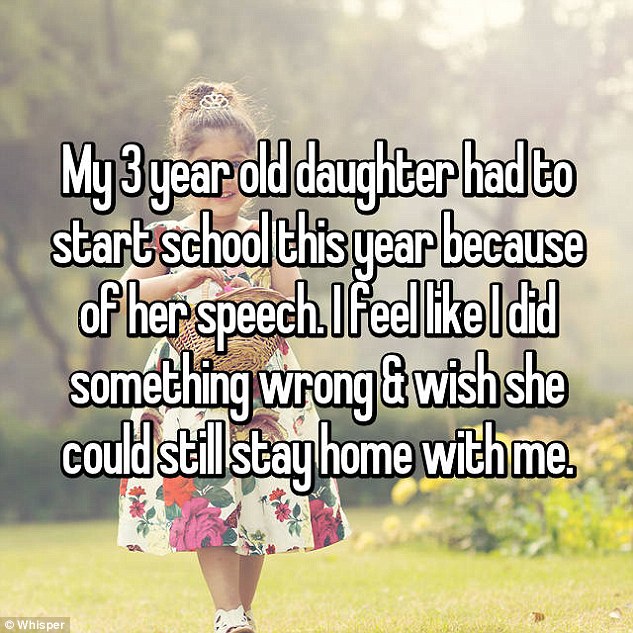 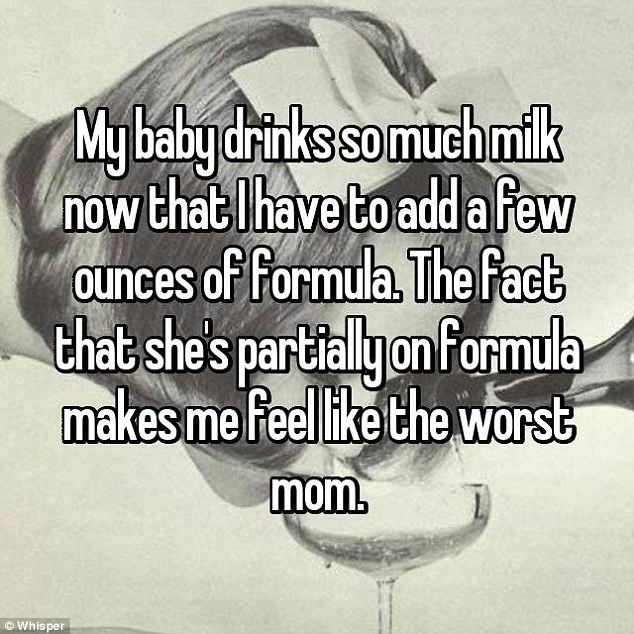 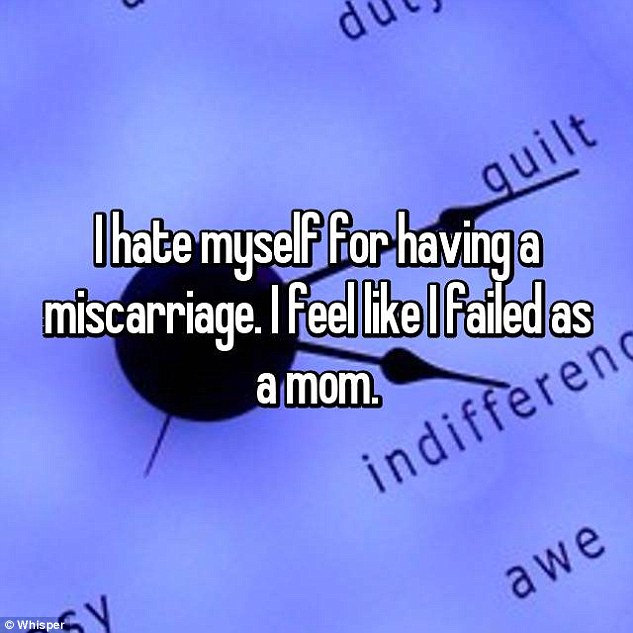