A day of celebration! Naomi Watts honored Liev Schreiber with a special message highlighting how important he is on his 54th birthday.

“Happy birthday to this fellow Libra ♎️ @lievschreiber, the other half of these precious gifts! 🎉🎉 hope you have an amazing day!!” Watts, 53, wrote alongside a black-and-white selfie of the pair with their sons Sasha, 14, and Kai, 12, via Instagram on Monday, October 4.

Schreiber, 54, also shared a sweet post for Watts on her birthday last week.

“Happy Birthday mom!!! We love you beyond beyond,” Schreiber captioned a family pic via Instagram on Tuesday, September 28.

The twosome, who originally started dating in 2005, made it clear throughout their relationship that they chose not to tie the knot.

“We’re very much together. We just don’t have that certificate, and that’s OK with both of us. Maybe one day, we’ll just wake up and go, ‘Hey, let’s do this.’ And maybe not,” the Mulholland Drive actress detailed to Easy Living in 2011.

In September 2016, the duo decided to go their separate ways after 11 years of dating. One year after their breakup, the Twin Peaks alum shared their approach to raising their children together.

“I’m single. I’m coparenting,” Watts told Vogue Australia in 2017. “There are good days and bad days. Liev and I are on great terms and we’re trying to do our absolute best for the sake of the children, and we hope to keep moving forward in that way. He’s fantastic dad, a wonderful, wonderful man, and we still want the absolute best for each other. So, that’s pretty much all I’ll say.”

The Ray Donovan alum, for his part, also explained the amount of work that goes into making coparenting work after a separation.

“You build a life with someone and things change. And I think the way that we’ve looked at it is that we’ll always be partners and that’s what kind of keeps us together and keeps us amicable,” he told PorterEdit in August 2019. “But I think we’re more than that, I think we also genuinely really care about each other.” 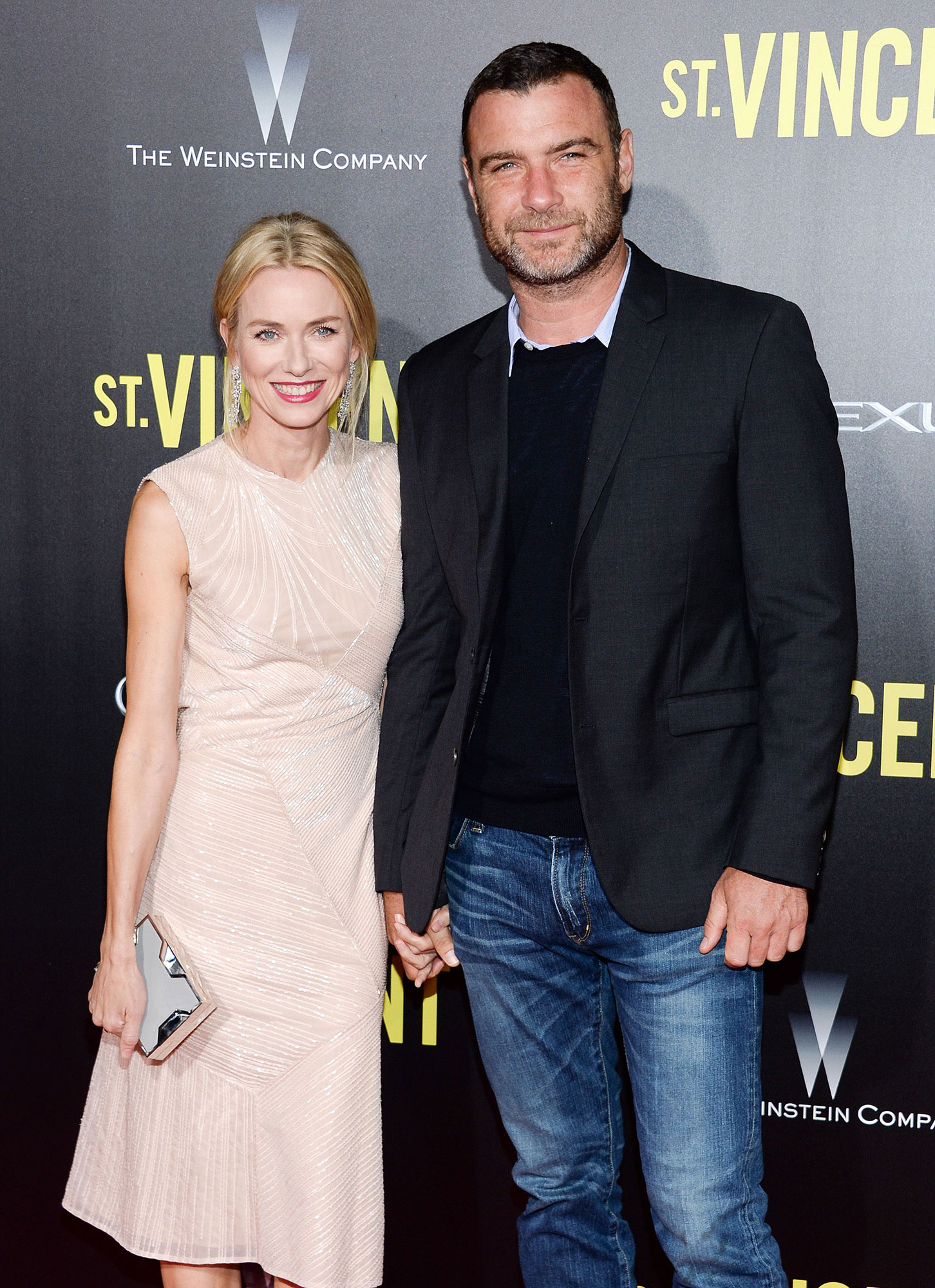 Schreiber noted that it wasn’t only about keeping things civil for their kids, it also means having a good relationship between him and Watts.

“It’s important to support each other, you know? It’s really important. I was making some jokes this morning at breakfast about mommy with the boys, and their eyes light up when I talk about her,” he recalled at the time. “You can see how important it is to them that their parents care about each other and that no matter what happens, you continue to try and do that.”