Native forest logging across the country would be exempted from national environmental protections under a bill proposed by Nationals Senate leader Bridget McKenzie.

In an unusual move for a member of the government, the proposed changes were lodged as a private member’s bill and would reduce the powers of her colleague in the Environment portfolio, Sussan Ley. 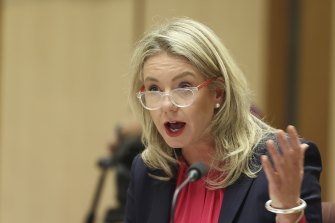 Senator McKenzie says her bill would “make it explicitly clear” that state governments alone would oversee hardwood logging operations, which are conducted largely by state government-owned companies in native forests.

Senator McKenzie’s bill follows a landmark ruling of the Federal Court in May, which set a precedent for logging to be subject to the federal Environment Protection and Biodiversity Conservation Act.

The EPBC Act enables the federal minister to block logging operations if they deem it would have a significant impact on matters of national environmental significance such as threatened species, but a federal minister is yet to exercise this power.

Senator McKenzie warned the commercial viability of native forestry companies is at risk due to uncertainty caused by Commonwealth powers to intervene with environmental protections for matters of national environmental significance such as threatened wildlife and ecosystems.

“This impossible situation can only be solved by making the law clear,” she said.

The Federal Court ruled in favour of a local environment group in May last year. It found state-owned VicForests breached the EPBC Act when it logged Central Highlands forest coupes – including habitat for vulnerable greater gliders and critically endangered Leadbeater’s possums.

VicForests argued it was exempted from federal oversight by the separately negotiated logging agreement between the state and federal governments – known as a Regional Forest Agreement(RFA) – which provides a management plan to “balance” the environmental impact of logging with economic factors.

In return, commercial logging operations have been exempted from national laws that protect threatened species. But Justice Debra Mortimer set a new precedent in the Federal Court and invoked national protections for the listed glider and possum species under the EPBC Act.

VicForests has appealed the decision and Senator McKenzie’s bill precedes the court ruling.

“The proposed amendments are the subject of a private member’s bill and not government policy,” said Ms Ley’s spokesman. 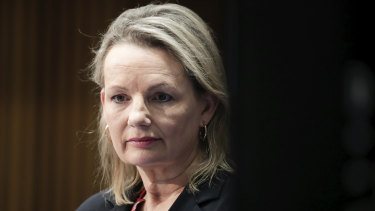 The federal Environment Department’s submission to Senator McKenzie’s bill would “remove the Australian government’s regulatory environmental protections, such as penalties and other remedies”.

“This legal uncertainty pressuring the industry is spurring anti-forestry groups who are threatening to use the precedent to shut the industry down,” Mr Hampton said.

Wilderness Society national campaign director Amelia Young said rather than raising its environmental standards the industry “is seeking certainty through not having to be accountable to national environmental laws at all”.

“One essential way to mitigate any uncertainty arising from the Federal Court ruling would be to ensure logging operations are legal, and do not harm critically endangered species,” Ms Young said.

A once-in-a-decade statutory review of the EPBC Act, released in January, said there are “fundamental shortcomings” in Regional Forest Agreements and he had “low confidence” they were upholding Commonwealth protections for native forests subject to logging operations.