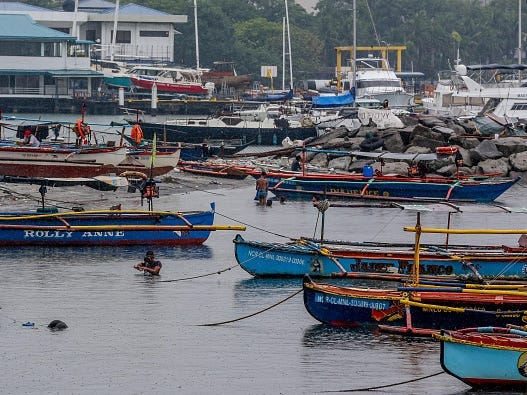 Nearly one million residents evacuated the Philippines main island Luzon in preparation for the largest storm of 2020 that is expected to hit the region on Sunday, Reuters reported.

Typhoon Goni has maximum sustained winds of 215km per hour near the center as of 11 PM Saturday local time, according to local authorities. To date, Goni is the strongest storm since Hurricane Dorian last year, according to The Washington Post.

Goni will mark the 18th typhoon to hit the Philippines in 2020, coming only shortly after Typhoon Molave, according to The New York Times.  Dozens of fishermen went missing following Molave which recorded winds up to 135km per hour, according to Reuters.

At a news conference reported by publications including Reuters, a top aide of the Philippines President Rodrigo Duterte said this hurricane is "another disaster" when the nation is already battling a high number of cases with coronavirus.

"We are having a hard time with COVID-19, and then here comes another disaster," he told reporters, according to Reuters.

The Philippines has a total of over 370,000 cases and over 7,000 deaths from coronavirus so far, according to Johns Hopkins University.